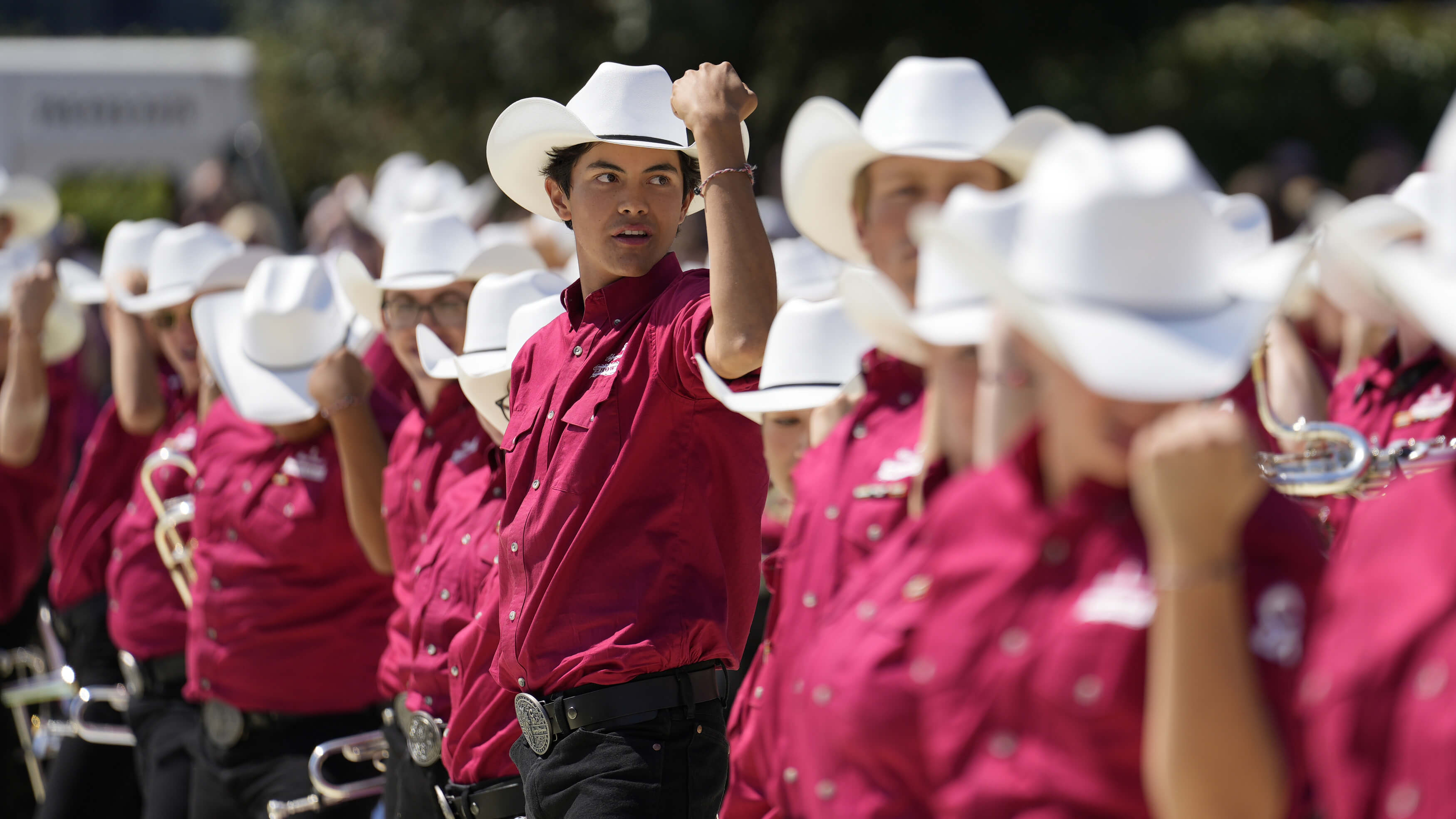 With 21 ensembles and counting registered for 2023 events, Drum Corps International's SoundSport division is primed for a memorable 10th year.

SoundSport allows organizations to present their talents on a more intimate stage in a performance featuring any instrument, any age, any number of performing members, and any level of experience. A wide variety of ensembles has taken advantage of SoundSport's inclusive array of performance opportunities, including marching bands, growing drum corps, percussion ensembles and more.

"We're thrilled about the growth of SoundSport in 2023," SoundSport coordinator Dave Eddleman said. "The number of familiar faces — as well as new and growing ensembles — on this year's SoundSport roster is an exciting sign of great things to come."

Originally founded in 2013, SoundSport — which has hosted events all around the world — provides ensembles and performers a low barrier to entry, and an accessible platform that is educational, musical and entertaining.

"Our goal is to give everyone who wants to perform the opportunity to perform," Eddleman added. "We're very excited to have a diverse set of ensembles set to take the SoundSport stage with us in 2023."

2023's slate of SoundSport performances, featuring teams' apperances in conjunction with a number of DCI Tour events, will culminate with the sixth-annual SoundSport International Music & Food Festival — a fun, family-friendly event with social atmosphere — scheduled for Saturday, August 12 in Indianapolis.

Opportunities are still available to get your ensemble involved in SoundSport in 2023. Listed below is a roster of groups currently scheduled to participate in events this summer.

Learn more about getting your ensemble involved in SOUNDSPORT

Alisal Academy is a program of the Alisal Unified School District. The ensemble performed at the DCI West edition of the 2022 DCI Tour, in Stanford, California.

Alisal Marching Band is a program of the Alisal Community Arts Network, an organization dedicated to positive work in the lives of East Salinas, California youth. The Alisal Marching Band appeared at multiple events on the 2022 DCI Tour, including Drum Corps at the Rose Bowl in Pasadena.

We love the Alisal Marching Band and All Star Academy and that both will be back again in 2023.

Originally founded in 2017, Arsenal has been a staple of the SoundSport program for several years, providing performance opportunities to young performers in the El Paso, Texas area. Arsenal performed at 2022 events in Casper, Wyoming and Fort Collins, Colorado.

2022 Arsenal | Drums Along the Rockies

Arsenal came out strong in its return to the field this season 💪 📰 dci.fan/ArsenalSS22 Arsenal Performing Arts, Inc. | SoundSport

Formerly an alumni ensemble made up of former Bluecoats members, Rhythm IN BLUE recently retooled itself as an 18-and-over SoundSport ensemble under Bluecoats' organizatioanl heading.

We're thrilled to announce the official re-launch of Rhythm IN BLUE as a Drum Corps International SoundSport ensemble!...

Representing the SoundSport program in Illinois, Conquest was formed in 2018 in the "Quad Cities" region. Conquest develops a "corps-style" experience for its members, who range from 14 to 21 years old.

Thank you @edmontonfringe and @lnc_yeg for having us this weekend! Our run of COWS is over for this summer, but keep your eyes and ears peeled for the next herd activity 🐮 Moooo!!

Eclipse is a brand-new performing ensemble preparing for its first rehearsal camp in February of 2023.

Freelancers Alumni Corps is an all-age ensemble that has performed in a variety of DCI, SoundSport and Drum Corps Associates events over the past several years, including 2022 DCI Tour events in Stanford and Pasadena.

Boise's Gems appear on the SoundSport roster for the first time in 2023, having been founded in 2022 in an effort to bring marching arts performance opportunities to the "Treasure Valley" of southwest Idaho and southeast Oregon.

In its 10th-anniversary season, Guardians has plans to field a SoundSport ensemble, eyeing a performance at the DCI Southwestern Championship in San Antonio.

Originally founded in 2012 as a Drum Corps Associates (DCA) participating corps, IMPACT has taken part in SoundSport performances since 2016. IMPACT, which is a "direct descendant" of Heat Wave of Orlando Senior — a corps that earned DCA championship titles in 1998 and 2003 — is open to all ages.

It’s official! We are gonna have a great year!

Posted by IMPACT Drum and Bugle Corps on Thursday, November 24, 2022

Les Titans de Quebec began operations in 2007, and has performed at a variety of notable venues, including Walt Disney World, the 2010 Winter Olympics in Vancouver, and Winter Guard International World Championships, as well as DCI's SoundSport International Music & Food Festival.

A brand-new SoundSport group, Northern Lights is bringing all-age marching opportunites to Michigan, aiming to field an 80-member ensemble in 2023.

Sound of Sun Prairie is an extra-curricular program that brings together students from eighth to 12th grade throughout five high schools in the Madison, Wisconsin area. The ensemble is open to all wind and percussion instruments, as well as color guard.

The 50th Year of Sound of Sun Prairie! This week, students began their first rehearsals of the summer to put together...

Southern Knights, which recently moved to Chattanooga from Birmingham, Alabama, has a wealth of experience in the SoundSport program, as well as the ranks of Drum Corps Associates.

𝗗𝗶𝗱 𝘆𝗼𝘂 𝗸𝗻𝗼𝘄? The Southern Knights are an All-Age Drum Corps, meaning members of any age and skill level are welcome to...

Audition camp for hornline and guard is less than 2 weeks away! Don't miss out on your chance at becoming a member of...

Posted by Spirit of Sunnyvale SoundSport on Tuesday, January 17, 2023

Learn more about Spirit of Sunnyvale

Initially formed in 2018, Troopers' Legacy Corps is primed to take the field in 2023 in celebration of the Casper, Wyoming corps' 65th anniversary. Troopers Legacy Corps is open to all performers, regardless of age or corps affiliation.

Do you... Love the Troopers? Love old school drum corps? Want to be in Indy for DCI Finals week? Love the current...

A program of Rockford, Illinois' Youth Against Violence organization, the ensemble works with young musicians from third through 12th grades.

BRAVO YAVO!! The Stroll on State Parade was soooo much fun!!! The ILLROCK DRUMLINE featuring the McNeel Intermediate...

Posted by Youth Against Violence Organization on Saturday, November 26, 2022

Learn more about Youth Against Violence

It's time to register for Zephyrus 2023! Head over to Zephyrusarts.org/corps to get started! (Color guard auditions will take place after the winter season)