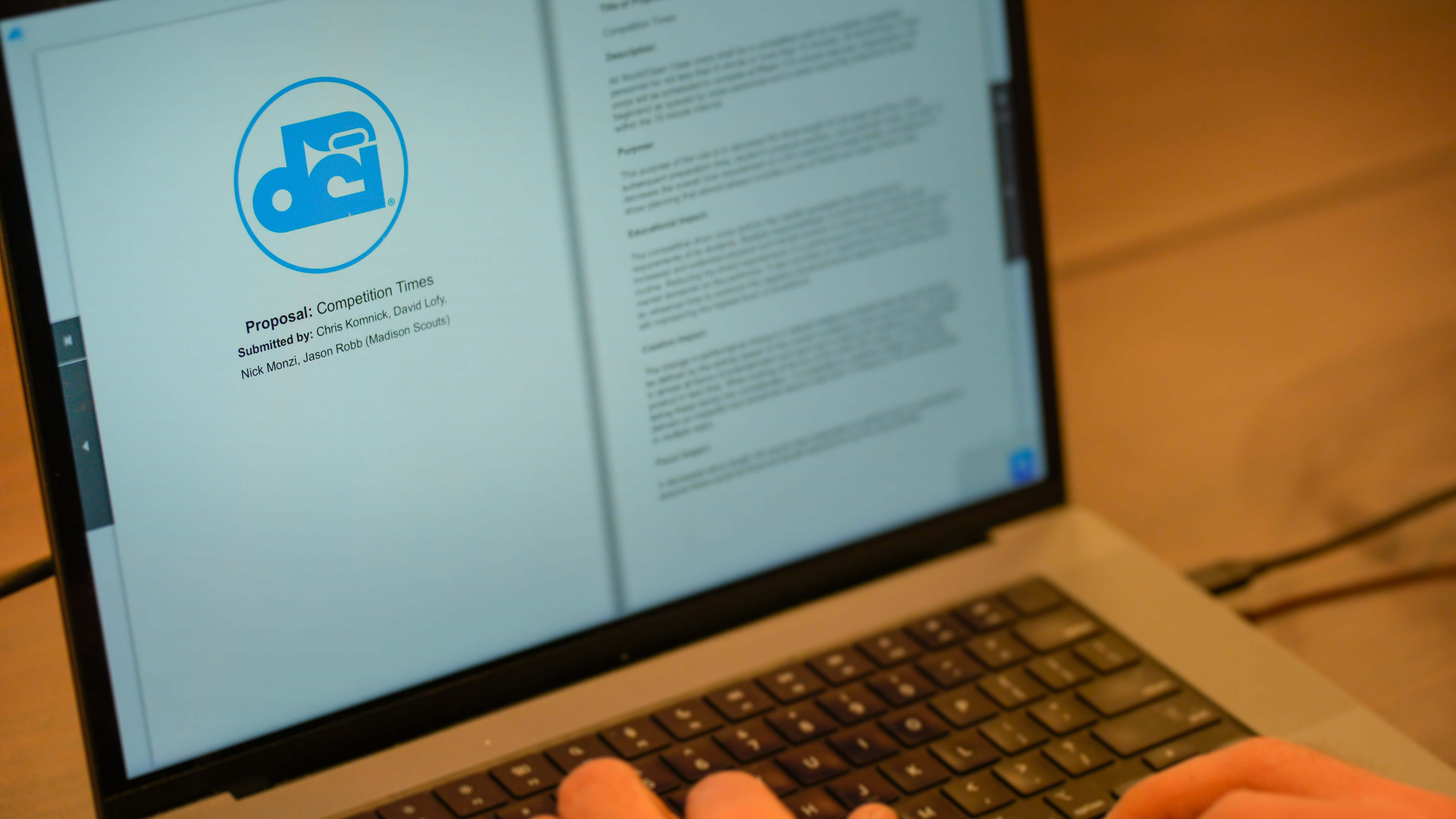 INDIANAPOLIS — Five of six proposed rules at the 2023 DCI Rules Congress — held as part of the annual DCI winter business meetings January 5-8 — were either withdrawn or voted down in instructors caucus sessions. The sixth rule, regarding competition times, was passed with modifications by the instructors caucus, before being passed with further modifications by the DCI voting membership.

See the DCI rules process explained in less than 60 seconds

PASSED WITH MODIFICATION – This rule proposing corps' competitive performances fall between 8 and 10 minutes in length with corps scheduled in 15-minute intervals was amended in the instructors’ caucus to 8 to 13 minutes with the interval between corps at 17 minutes for implementation in 2024. It was further amended among the voting membership to be implemented in 2023, and said motion passed unanimously.

DID NOT PASS IN INSTRUCTORS' CAUCUS — A proposal to prohibit the use of short-range microphones for brass reinforcement was voted down in the instructors' caucus, due to concerns about limiting the creative process.

WITHDRAWN IN INSTRUCTORS' CAUCUS – A similar proposal regarding the synthetic “doubling” of brass content for reinforcement purposes was withdrawn.

DID NOT PASS IN INSTRUCTORS' CAUCUS – Overwhelmingly voted down in the instructors' caucus, this rule proposed an early-season period of non-scored events.

WITHDRAWN IN INSTRUCTORS' CAUCUS – This withdrawn proposal would have eliminated the second Music Analysis caption at DCI World Championships and “regional” events, to be replaced with a Brass Ensemble caption.