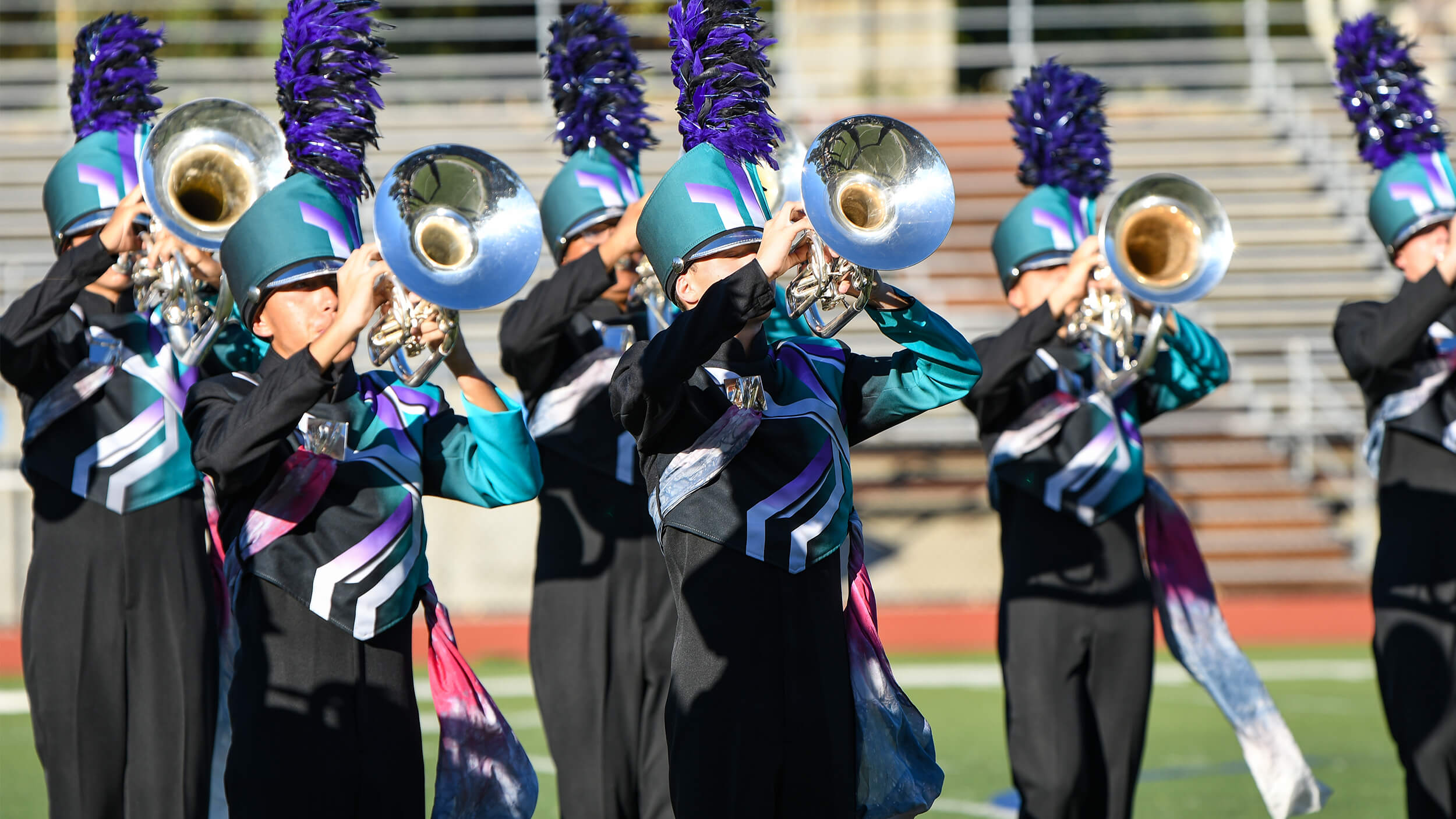 Phenom will make its first appearance as an Open Class participant in 2022. Photo by: Drum Corps International

For quite some time now, a new face has been primed and ready to take its place among Drum Corps International’s touring participants.

It’s been a process that’s taken more time than it probably “should’ve,” due to the well-documented extraneous conditions of the 2020 calendar year. But if all goes according to plan, 2022 will finally be the year.

Phenom, of Tempe, Arizona, is all set for its inaugural season as an Open Class competitor.

And throughout the organization and into its new membership, they’re more than ready.

“Going into the our first audition camp, we weren’t sure yet how the kids were going to come in and where they were going to be,” Phenom director Jodan Nelson said. “I can say with confidence, that was one of the most excited groups of students, the most hardworking group that we've ever had, definitely at our audition camps, and probably in the history of the ensemble.”

Phenom was founded in 2013 and has existed as a DCI performing ensemble — participating in summer events as a SoundSport team — since 2017, under the heading of the Arizona Academy of the Performing Arts, the same parent organization that manages its World Class corps, The Academy.

The Arizona Open Class corps began to stretch its touring muscles a bit in its latest SoundSport summer, putting its growing talents on display at a handful of West Coast events early in the summer of 2019.

Original plans to join the ranks of DCI’s Open Class division were underway in 2020, before that summer’s competitive season was cancelled. Phenom didn’t participate in DCI’s abbreviated 2021 Celebration Tour, setting its focus on what will be a five-week, 10-show tour, in the summer of 2022.

Audition for Phenom in 2022

“In 2021, we had to make that decision, whether or not we should hibernate to make sure that we're financially stable, and then in 2022 we come back,” Nelson said. “And that's kind of the route we went, to make sure we came out strong.

Phenom Drum & Bugle Corps Audition Events has been extended through January! You still have time to throw your hat in...

In its years participating as a SoundSport team at various Southern California events, Phenom had the opportunity to surround itself in one of the country’s largest hotbeds for growing Open Class ensembles; California alone features nine Open Class groups, several of which are in their first five years of competitive participation.

According to Nelson, he’s looking forward to rekindling those corps-to-corps relationships, not just for practical aspects among working colleagues, but for the relational aspects within the ensembles.

He noted that one of his favorite memories of Phenom’s brief 2019 season was seeing his corps and its members participate in the growing friendships between the West Coast’s various Open Class ensembles.

“Just seeing the camaraderie of those groups makes me excited to go back,” Nelson said. “It's definitely a very specific thing to the Open Class and how we collaborate as directors and within the groups it's really exciting. And then, we're also excited to be able to be on some of those bigger-ticket shows with World Class groups as well.”

Phenom’s 2022 ensemble is already off to a strong start, with one winter camp under its belt and two more coming in January. Nelson noted a positive recruiting effort so far, one he credits to a strong — and rapidly-growing — marching music scene in the state of Arizona.

The corps’ upcoming tour is set to kick off earlier than most, with West Coast groups scheduled for a late-June trio of events in southern California, the first of which is set for June 24 in Vista.