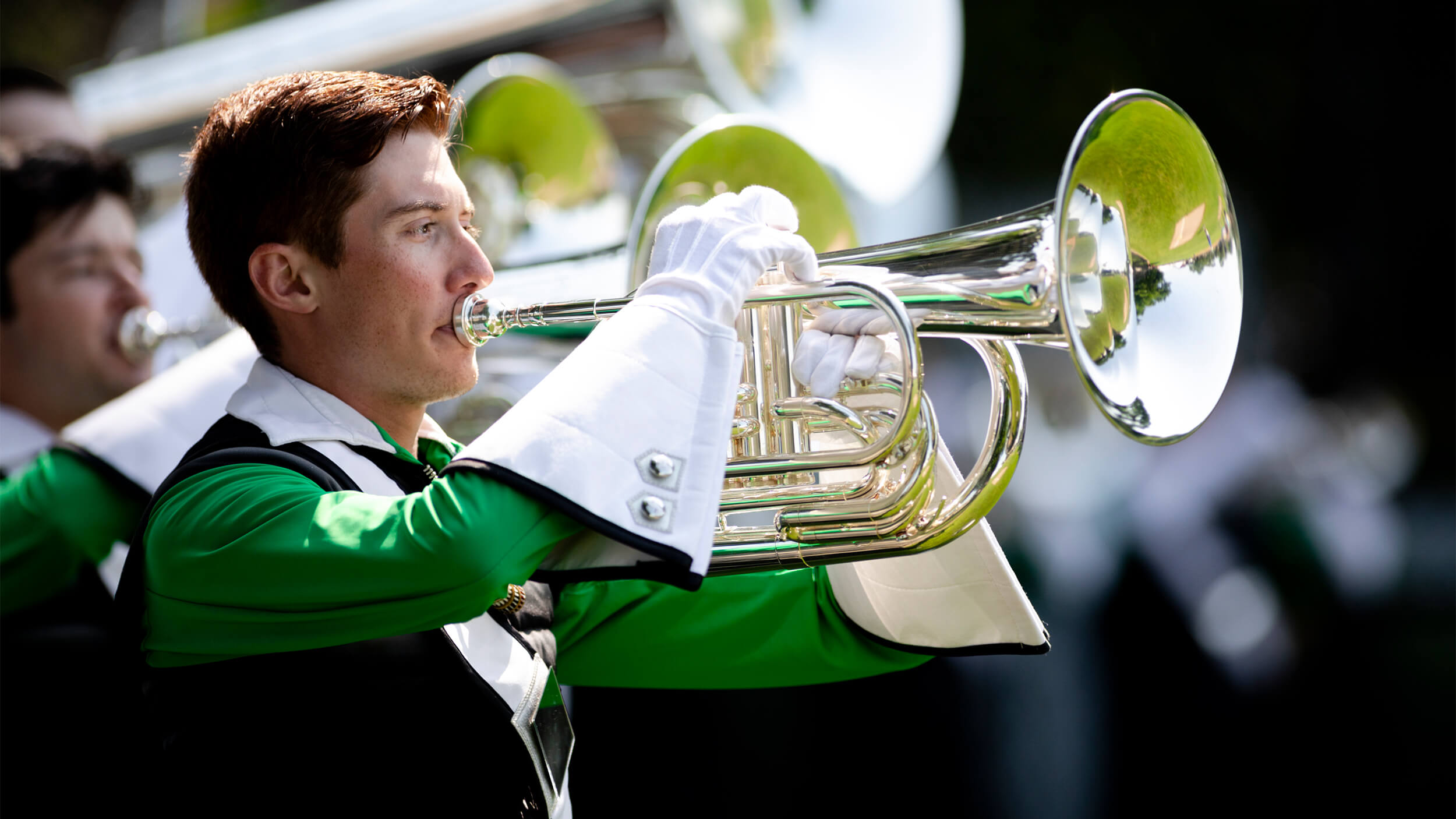 The Cavaliers performed for residents of the Village of Rosemont, Illinois, Sunday, July 18. (O. McKenna, Cavaliers.org)

The Cavaliers are smelling roses this summer.

No, they’re not performing at Pasadena, California’s Rose Bowl Stadium; that was two years ago. This year, it’s all about Rosemont.

2021 marks the 40th year of the corps’ partnership with its hometown of the Village of Rosemont, Illinois. The Chicago suburb of just over 4,000 residents serves as a bustling center of entertainment, conventions and tourism located just five minutes from O’Hare International Airport. In honor of the milestone, The Cavaliers’ on-field programming—as well their recent public performance debut—all has to do with their home base.

The Cavaliers opened their abbreviated slate of 2021 events on Sunday, July 18, with the annual Rosemont Picnic. A tradition since the early days of the corps’ sponsorship with the village, gives the ensemble the opportunity to parade down the streets of the gated community culminating with a standstill performance for residents in a festival-like atmosphere outdoors at the local park. It’s an event so important to the fabric of the corps that it necessitated a 4 a.m. wake-up call and an eight-hour round trip from the group’s preseason rehearsal site at Adrian College in Michigan this past weekend.

“We come out, they have a picnic for us and it's a great time,” sixth-year Cavaliers trumpet player Brendan Kaiser said. “Rosemont has been the site of many of our audition camps, we've stayed up here during the summertime and tour, and it's just a home away from home for us.” 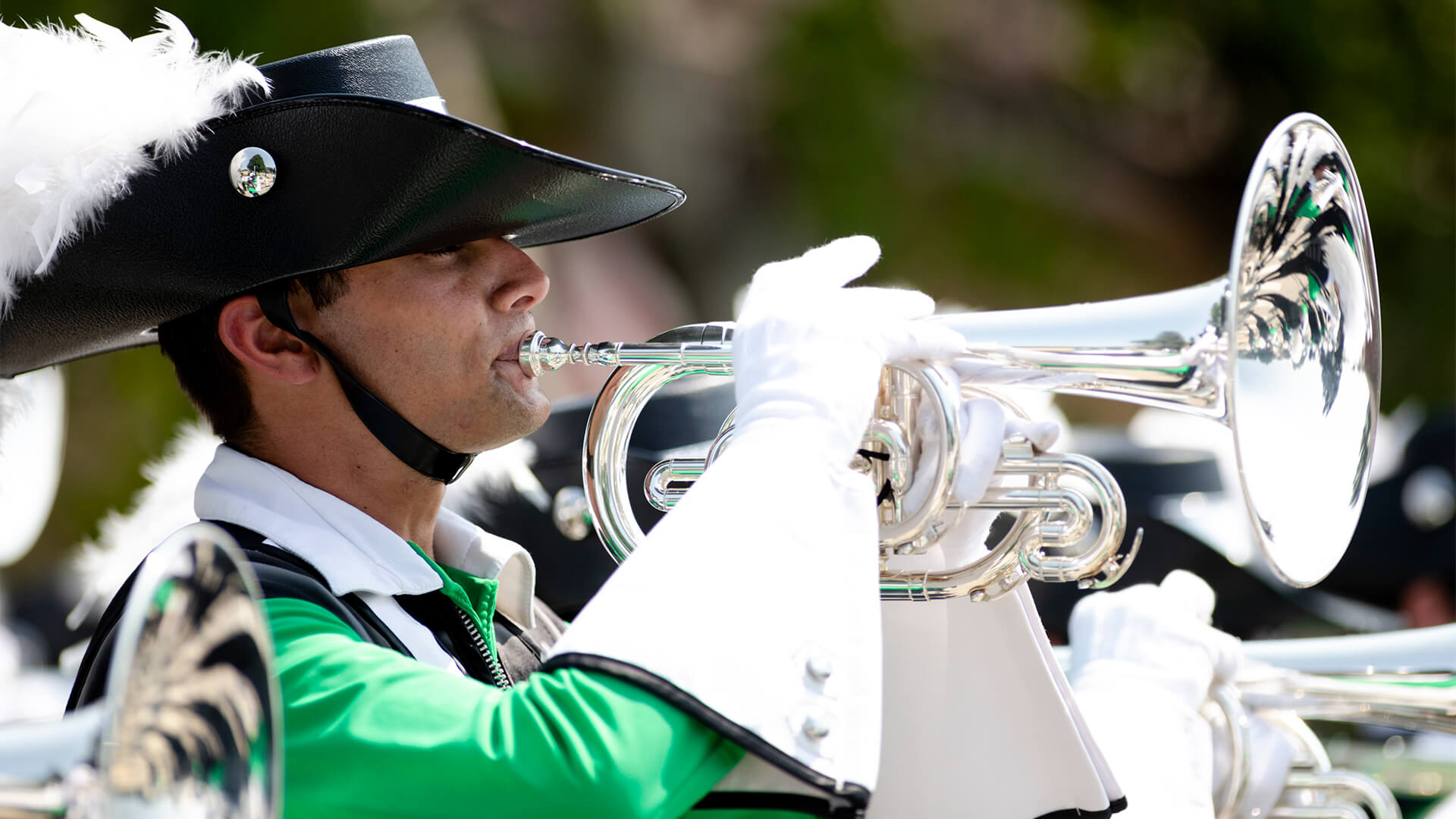 The Cavaliers performed selections from their 2021 production, "Live! From the Rose," July 18 in Rosemont, Illinois. (O. McKenna, Cavaliers.org)

As former Cavaliers director and DCI Hall of Fame member Adolph DeGrauwe attested, the relationship between the corps and its hometown has a rich history.

The two go way back, all the way to the days of the late mayor Donald E. Stephens’ first live viewing of the corps alongside Cavaliers founder Don Warren, which immediately—after innocently mistaking a different ensemble for The Cavaliers—hooked him on the idea of partnering with the musical organization.

“Since then the Cavaliers have grown tremendously because of Rosemont,” DeGrauwe added. “This Rosemont (partnership) has kept The Cavaliers alive. I don’t think we’d be surviving today if it wasn’t for Rosemont.”

This year’s Cavaliers production—which the Green Machine will bring to a handful of stadiums across the Midwest during the Drum Corps International Celebration Tour, culminating at Indianapolis’ Lucas Oil Stadium August 12-14—is titled “Live! From the Rose.”

According to members, the production is packed with energetic moments, including an explosive opening impact. Drum major Davis Henry described the corps’ third movement featuring Seal’s “Kiss from a Rose” as one of the major highlights of the show.

“Every year, the design team for The Cavaliers puts on amazing productions and they are so much fun to perform,” Kaiser said. “But this year it's just another step up, and I can't wait for the world to get to experience it live and in person.”

It’s been a good 20-plus months since the last competitive drum corps season, but The Cavaliers’ 2019 season was one for the books; the corps earned a top-five finish for the third time in four years, set their highest final score since 2011, and finished among the top three in the brass caption.

WATCH: The Cavaliers 2019: "The Wrong Side of the Tracks"

According to Henry, even though 2021 won’t be a competitive season, 2019 was a major “springboard” into this coming summer’s performances.

“Obviously, we had the year off in 2020,” Henry said. “But it felt like we picked up right back where we needed to be for 2021, with the same approach in learning the show.” 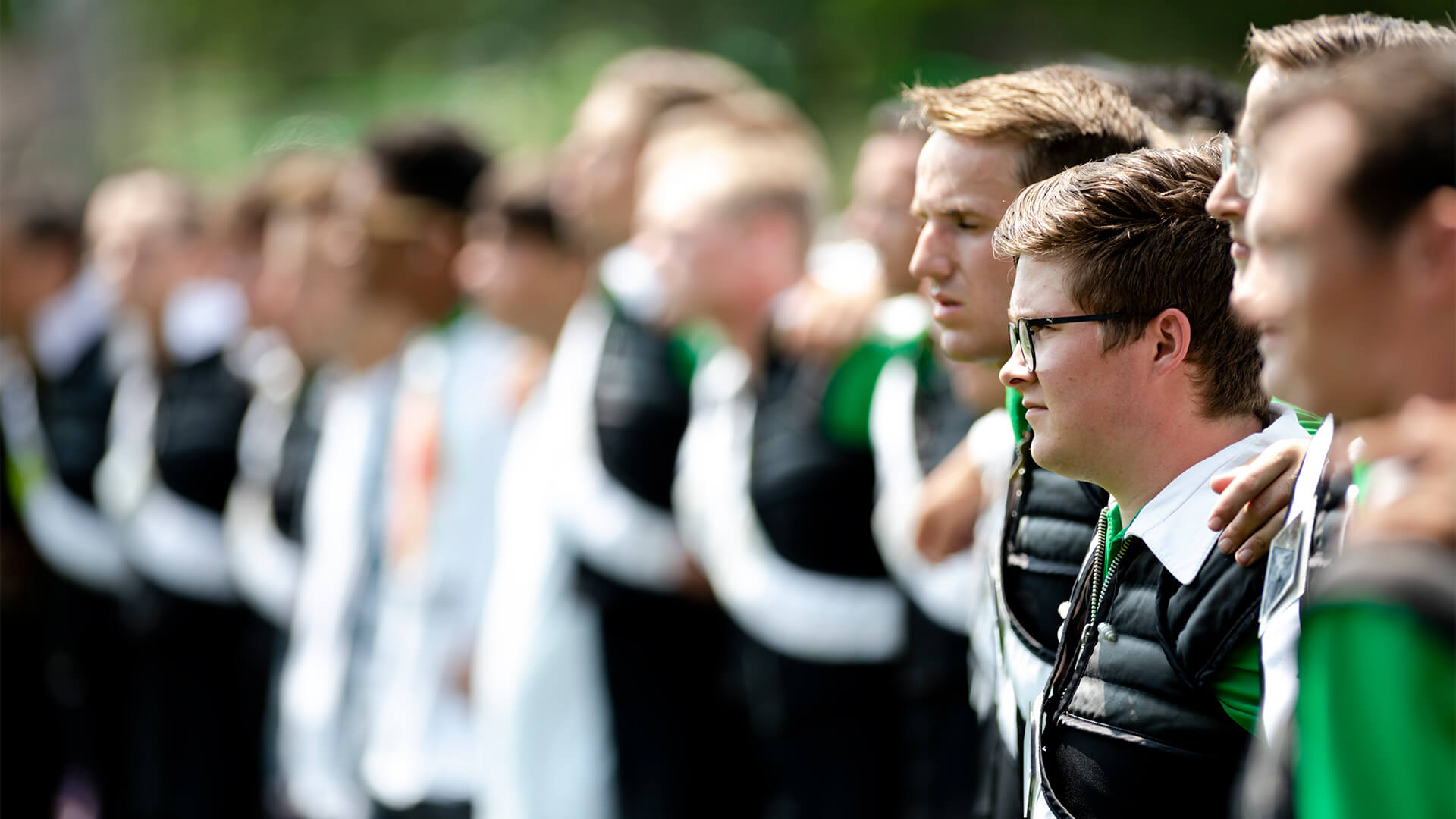 The Cavaliers will officially kick off their 2021 summer season on July 30 in La Crosse, Wisconsin. (O. McKenna, Cavaliers.org)

With so much time having gone by since their strong 2019 summer, though, to finally have the group back together and on the field is perhaps the biggest highlight.

“It's been great seeing everybody again after, you know, a year of half of isolation,” Henry said. “Now, we're all back here, and everyone's hungry to perform.”

“It's been over a year and a half since I've gotten to perform in front of a live audience,” Kaiser echoed. “I'm really looking forward to just getting out there and showing them what we’ve got.”