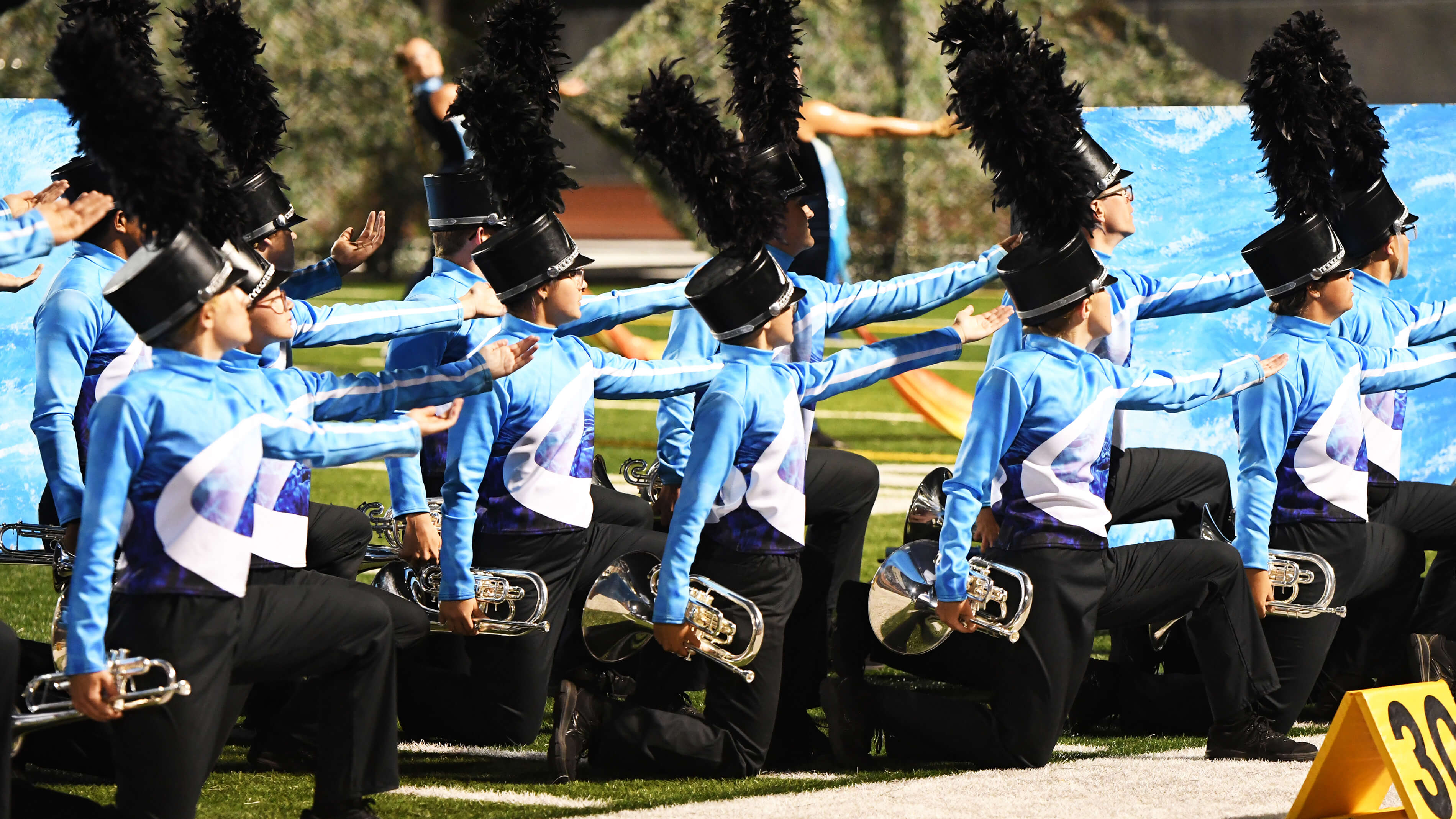 For Columbians, operations are ahead of schedule.

That’s the way the Tri Cities, Washington corps’ administration sees it, at least. When the corps was founded ahead of the 2013 DCI Tour, the “plan” was to arrive at a milestone benchmark — the DCI World Championships — by 2025.

“We started the Columbians on a whim on a bus ride back from a Bands of America show,” Columbians executive director Dillon Miller said. “That was about 12 and a half years ago, and to see it go from nothing to such a huge something, it's fantastic. Originally, our target was to try to make a run to Indianapolis in the 2025 season.”

From there, Miller and his cohorts planned in reverse.

Soon, the wheels were in motion.

“We’ve tried to emulate what a corps that does make that trip (to Indianapolis) all the time looks like as an idea, and then kind of work backwards from there,” Miller said. “Designing with the end in mind has been a key contributor to all of our plans from day one.”

But once the wheels got moving, they sped up. The stars ultimately aligned, and in its 10th year of existence, Columbians’ trip to Indianapolis for the climactic events of the DCI Summer Tour is locked in, slated for August 2023.

"You call me out upon the water..." 🌊 Rebroadcasts (Noon ET) and select archives available on FloMarching » dci.fan/WatchLive22 #DCI2022 | Columbians Drum & Bugle Corps

“I think that the nation is going to be surprised,” he said. “The full potential of the Columbians has yet to be realized, as our seasons have never gone past the second week of July until this last year. We’re going to give our kids an opportunity to fully develop as performers, to a level they haven't yet been able to do.”

According to Columbians program coordinator Tyler Jones, excitement around the organization is sky-high for their trip to Indianapolis.

Audition for Columbians in 2023

“When we announced that we’d be going to Indianapolis this year, the excitement from the membership was huge,” Jones said. “We've been able to retain a huge number of our veterans, as well as bring in a large number of kids who may have been on the fence about doing drum corps that are now all in.”

“That's been a huge thing for us to reinforce one of our values,” he continued, “which is to get new kids into drum corps, train them up, give them a great educational experience, and then send them off to go do World Class and top-tier drum corps.”

As has frequently been the case as new corps have climbed their way through the steps of early organizational growth and ultimately made their debut trips to the DCI World Championships, there’s been plenty of help along the way.

Corps directors and administrative teams throughout the drum corps activity and specifically within the Open Class community are often available to provide pointers, support, and tips from past experiences.

“The support has been huge,” Jones said. “People have been reaching out to us and saying, ‘Hey, if you need a resource, or if you need help, or just need questions answered, call us, and we will help.’ That has been a huge thing for us to feel more comfortable taking this risk going to Indianapolis. It's really indicative of the drum corps culture; we're all very supportive of each other.”

Columbians’ upward trajectory has been in progress for several years. Since its first competitive season in 2013, the corps has gradually extended the length and geographic scope of its summer touring schedule.

Along the way, the corps has seen its scoring outputs gain momentum. What was once a corps that performed at three competitive events in 2015 and closed its season with a final tally of 58.200 points, appeared at 11 events on the 2022 DCI Tour, ventured hundreds of miles south to California, and cracked 70 points for the first time.

As such, Miller believes his corps is ready for the World Championships challenge.

“We want to come out to Indianapolis and show what we're made of from the Pacific Northwest,” Jones said, “and show that we are a fierce competitor within our realm of Open Class.”

“We want to be competitively successful, but whatever the outcome is, it doesn't matter to us,” Jones said. “The biggest success for us this year is going to be showing up to Open Class Championships, and walking into Lucas Oil Stadium, and performing for the largest drum corps audience in the world.”

“It's a dream of ours, to see the Columbians at Lucas Oil and get our name announced,” Miller added. “That’s what is highlighting the trip for me.”

Battalion, Columbians wrap up 2017 with an eye on the future