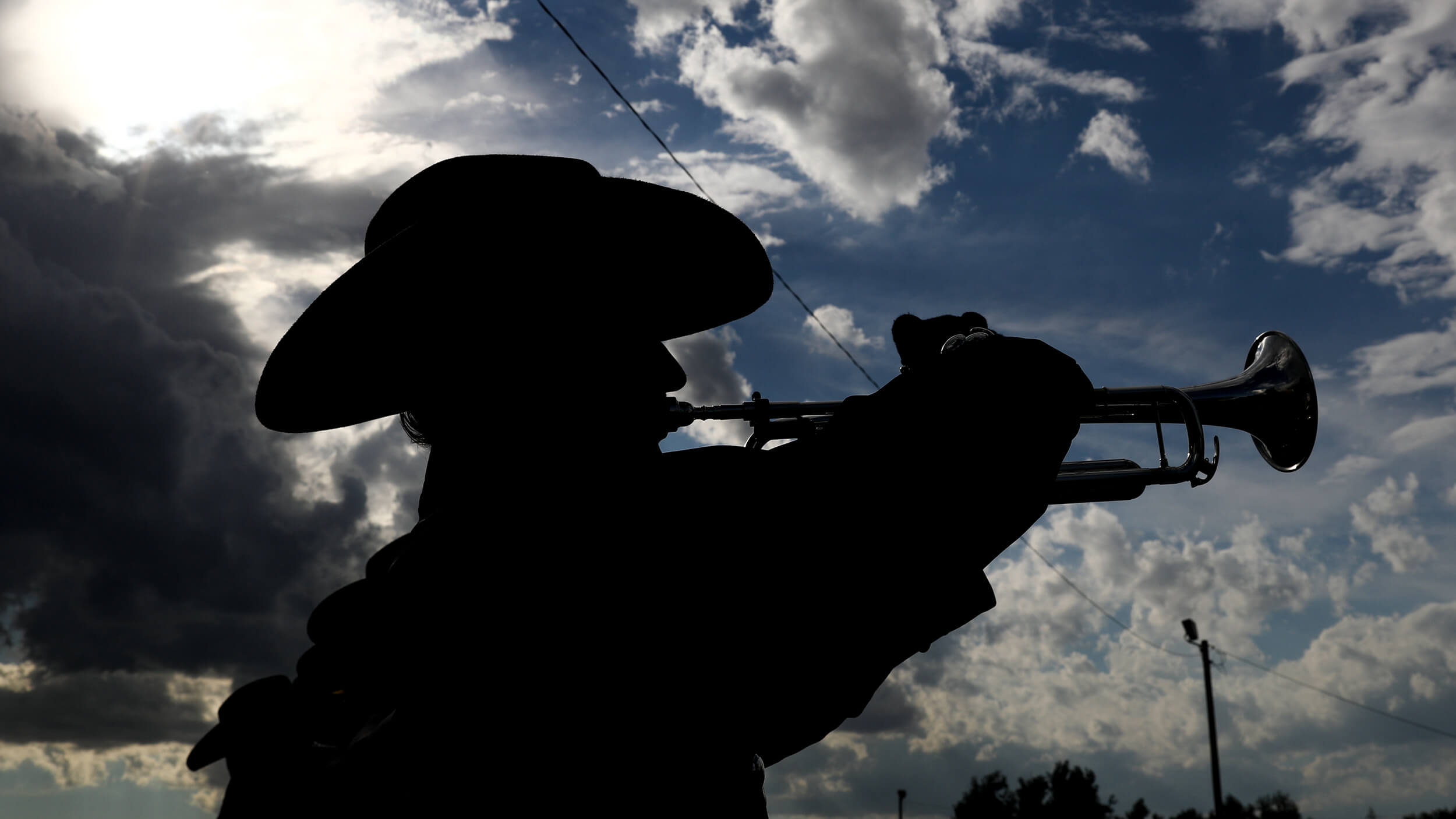 Did you know? 2021 marks the 20th anniversary of The Academy.

Blue Devils showed their support this week for the AAPI community.

Bluecoats confirmed their plans for 2021 which will culminate this August at Drum Corps International's three-day series of events in Indianapolis.

The Cadets celebrated the life of former director Hugh Mahon, an inductee of both the Cadets and Drum Corps International Hall of Fame, who passed away this week at the age of 80.

Meet the members of Carolina Gold's brass and percussion staff.

The Cavaliers are looking for an athletic trainer to join the corps for its 2021 season.

Colts threw things back this week to the corps' cymbal line performance at the 2013 DCI Individual & Ensemble competition.

Both Colt Cadets and Colts still have openings in all sections for those interested in joining the corps for their 2021 seasons.

Genesis recently hosted a hybrid in-person and virtual rehearsal camp for a portion of the corps' brass section.

Gold's latest T-shirt has an important message for all those living through the "age of Zoom."

Guardians has one drum major position open for those interested in auditioning.

Jersey Surf congratulated the band Snarky Puppy on their 2021 Grammy Award for Best Contemporary Instrumental Album. In 2017 Surf performed Snarky Puppy's "Shofukan" and had the opportunity to play for and meet the members of the band.

Madison Scouts still has several positions open for those interested in joining the corps for its 2021 season, including select positions in the brass, color guard and drum line.

In honor of Women's History Month, Mandarins featured Kim Wong, an alum who now works as a physical therapist and serves as the co-director of the corps' health and wellness team.

It's not too late to get involved and audition for a spot in the 2021 Music City.

In response to violence toward Asian Americans and Pacific Islanders in the United States, Pacific Crest reaffirmed its commitment to diversity, equity, and inclusion.

Phantom Regiment is in search of an athletic trainer to join the corps for its 2021 season.

Phenom’s summer educational series aims to prepare students for the fall band season while serving as a “bridge” to the 2022 summer drum corps season.

Ever wonder where Santa Clara Vanguard's traditional colors of green and red come from? The corps recently gave a brief history lesson on the origin.

This week Seattle Cascades reaffirmed its condemnation of all forms of racism.

Spirit of Atlanta will host its next virtual rehearsal camp on March 20.

Troopers revealed a sketch of the Fruhauf-designed uniforms that the corps will wear for its 2021 season.