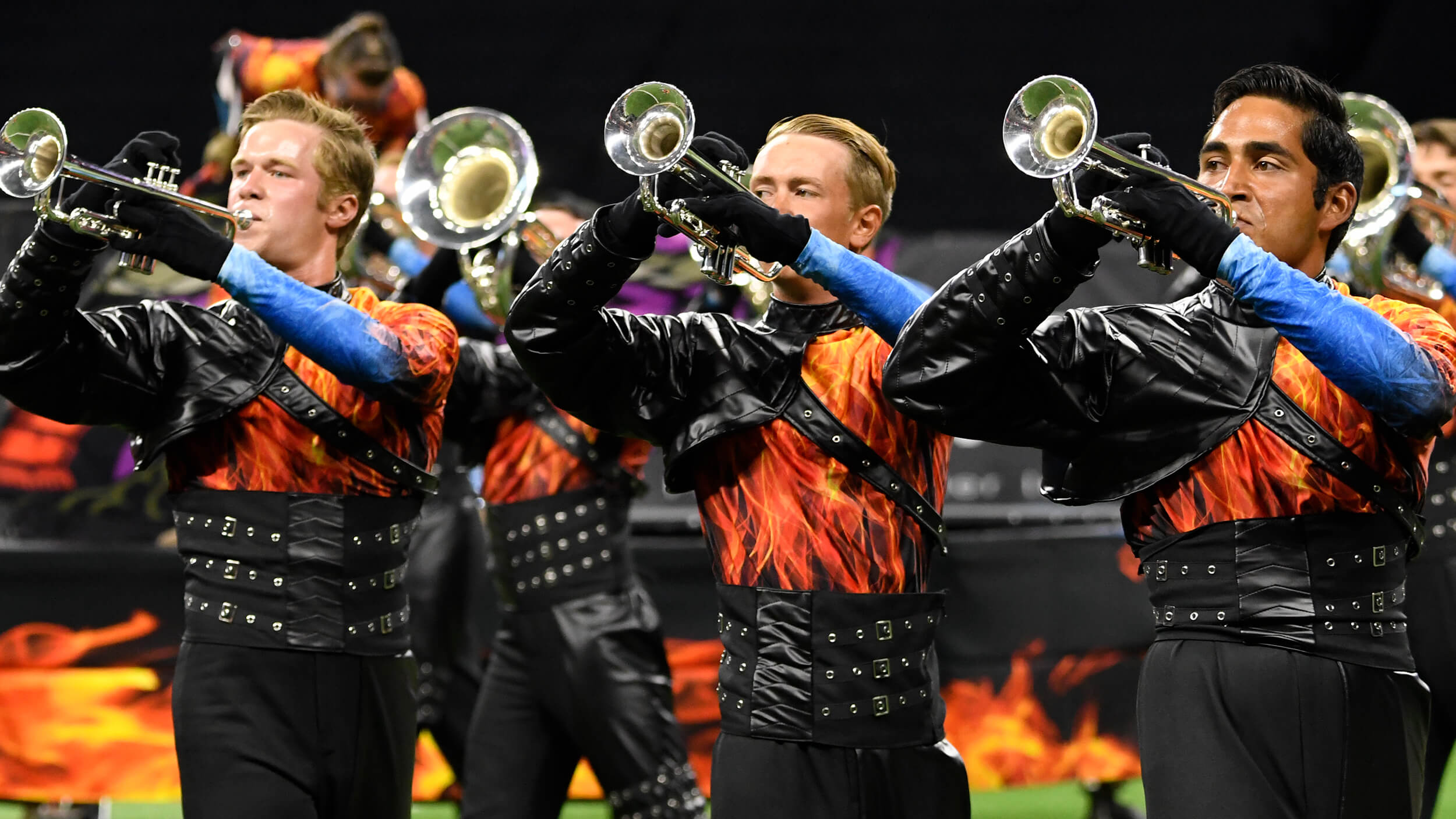 • Colts take a leap with 2021 production
• Cinematic experience on tap for ’21 Crown
• Genesis to revisit/reimagine fan-favorite show
• And more!

A limited number of spots for brass players are open for those interested in joining the 7th Regiment horn line.

The Academy has a number of tenor and bass trombones for sale.

Video auditions for all sections of The Battalion are now being accepted.

The Blue Devils still have positions open for performers interested in joining the corps for its trip to the 15th Anniversary Basel Tattoo in Switzerland this July.

Blue Knights is in search of high brass players and bass drummers to join the corps this summer.

The 2021 summer season is coming together for the Blue Stars, and here's how you can get involved.

Here's how the summer of 2021 is shaping up for the Bluecoats. "We're planning a 2021 season that focuses on the best parts of the Bluecoats Experience, in an environment that prioritizes health, wellness, and safety."

Boston Crusaders celebrated the home opener of the Boston Red Sox with this virtual performance of the Neil DIamond classic, "Sweet Caroline."

Brass mouthpieces by Karl Hammond Design can be engraved with The Cadets' logo, and 25 percent of the proceeds from these special mouthpieces will be donated back to the corps.

June 5, Carolina Crown members will move into Gardner-Webb University to begin live rehearsals, filming and production of "something never before seen from Carolina Crown." What the corps has dubbed "Project 21," will serve as "a homecoming for thousands of people who we've engaged with through the years. This unique cinematic experience, affectionately titled 'In My Mind…' focuses on the theme 'No matter where your road leads in life, you will always have a home at Carolina Crown.'"

The Cavaliers are now accepting video auditions for those interested in joining the corps' color guard section.

Colts revealed the title of the corps' 2021 production along with the artists the corps will draw its repertoire from.

As part of Women's History Month, Colts paid tribute to the late Beth Miller who served as a board president of the organization in the 1970s and '80s. "Beth Miller was both legend and legendary."

Crossmen will host its next Virtual Experience Camp online April 24-25. No prior experience is necessary to get involved.

Inspired by "The Wizard of Oz," in 2021, Genesis will reimagine one of its most popular productions of all time, "mOZaic."

Guardians has plans to perform at a number of events in the corps' home region this summer.

Impulse will host a virtual town hall meeting on Saturday, April 3, to talk more about what the corps will be up to in 2021.

In honor of Women's History Month, Jersey Surf gave a nod to the fierce members of the corps' color guard flag line.

Madison Scouts will be one of several corps who will perform as part of the "Midwest Combine" series of events this summer.

Here's how you can get involved with Music City as the corps heads back to the field in the summer of 2021.

Pacific Crest is ready to "restore the excitement of live drum corps in Southern California and beyond." Here's how you can get involved.

Video auditions for River City Rhythm are due in less than three weeks.

In honor of Women's History Month, Vanguard celebrated the work of Mary Shiffer, a self-taught seamstress who is responsible for the creation of the iconic red tunic worn by Vanguard performers in the early 1970s.

Southwind will be hosting a series of educational clinics in May, June and July for brass, percussion and color guard students.

Here's how you can get involved with Spartans' summer workshop series.

Get on board with the Spirit of Atlanta during the corps' next virtual rehearsal camp on April 24.