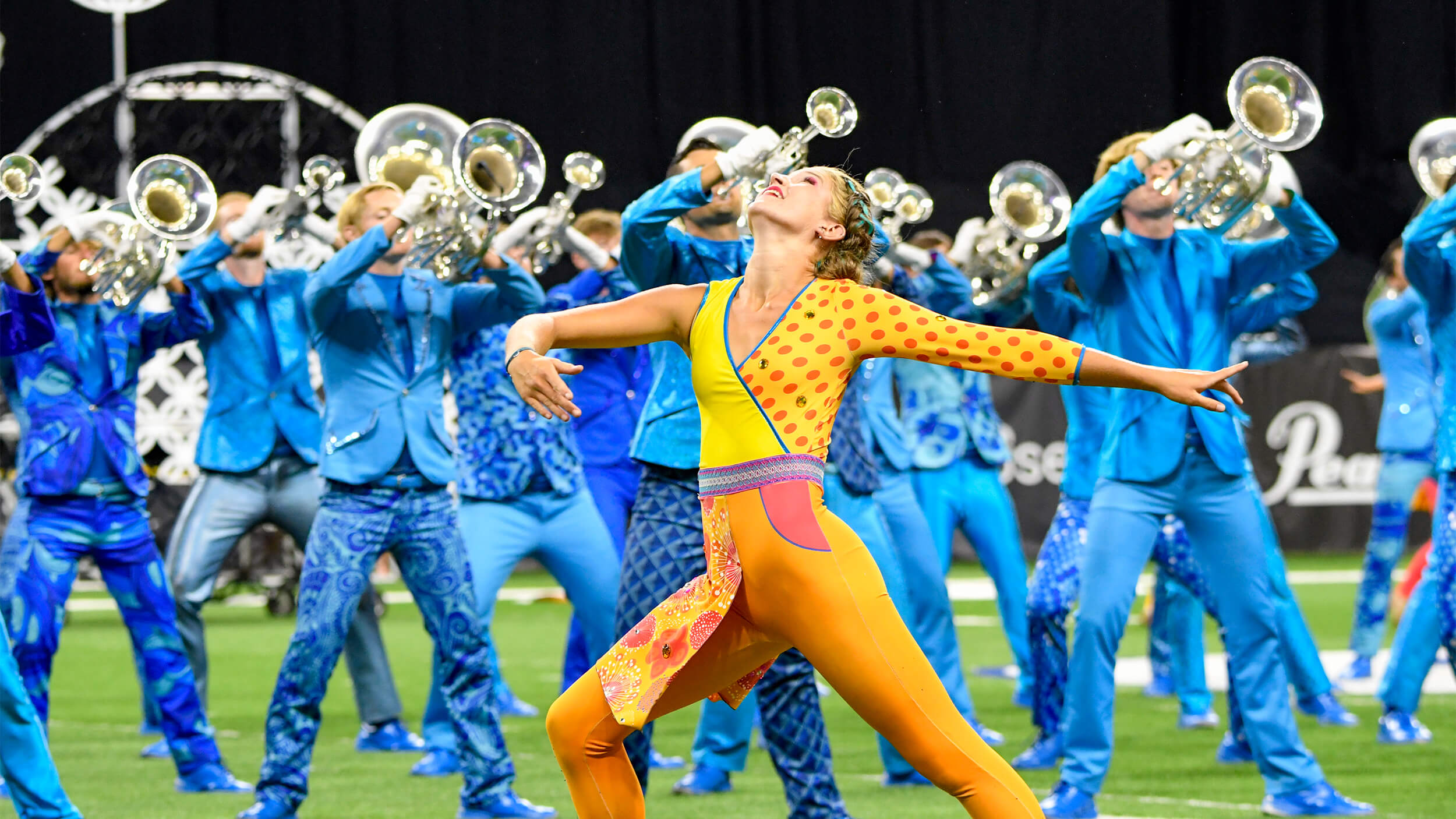 20 years of Academy history in 20 days. The Arizona corps continues its campaign in the lead-up to the organization's virtual gala event on Sunday, May 30.

The Battalion threw things back this week to a video of the Utah corps' 2016 drum line warming up in the lot.

Blue Devils will host a summertime series dubbed the #BDX2021 Workshops + Talent Search. The one-day educational events will take place in June, July and August at locations in Texas and Georgia.

Daniel Belcher, who served as a Blue Knights drum major from 2016-2019, will take on a new role in 2021 as assistant corps director. “Daniel has proven himself to be a leader and a change-maker within our organization for years,” corps director Jordan Helwerda said.

Bluecoats revealed their 2021 production titled "Lucy," a show that will be programmed to be the "second act" of the corps' 2019 Beatles-themed "The Bluecoats."

In a new virtual performance video, members of the Boston Crusaders brass section debut a selection from the corps' 2021 production, "Zoom."

Tickets are now on sale for The Cadets' 2021 Homecoming Weekend events, October 9-10.

Colts has positions available in the front ensemble percussion section for the corps' 2021 season.

Sectional rehearsals for the 2021 Colt Cadets will take place Sunday, May 23. No experience is necessary to join.

Genesis has a limited number of positions open in the corps' trumpet, mellophone and color guard sections.

Gold's next educational audition event will take place May 22 in Murrieta, California.

Golden Empire will host a series of educational workshops and auditions in May and June at Bakersfield College in California.

Heat Wave's next rehearsal will take place May 29, and there are still opportunities to join the Florida Open Class corps.

Impulse still has spots to fill in the corps' brass, percussion and color guard sections.

Jersey Surf is surveying fans of marching music as the corps "hones in on the future" and "works to build a strong program for the years to come."

Madison Scouts has a need for trumpet, mellophone, baritone and color guard performers as the corps gets closer and closer to the start of its 2021 summer season.

Music City is just days away from the restart of their in-person auditions.

A monthly recurring donation is one of the best ways to support Phenom's return to the field in 2022.

Time is running out to take part in Shadow's 2021 Virtual Summer Experience.

Spartans are mourning the loss this week of Jim Miller, a longtime volunteer with the corps.

Spirit of Atlanta will host a rehearsal for brass and color guard performers on May 22.