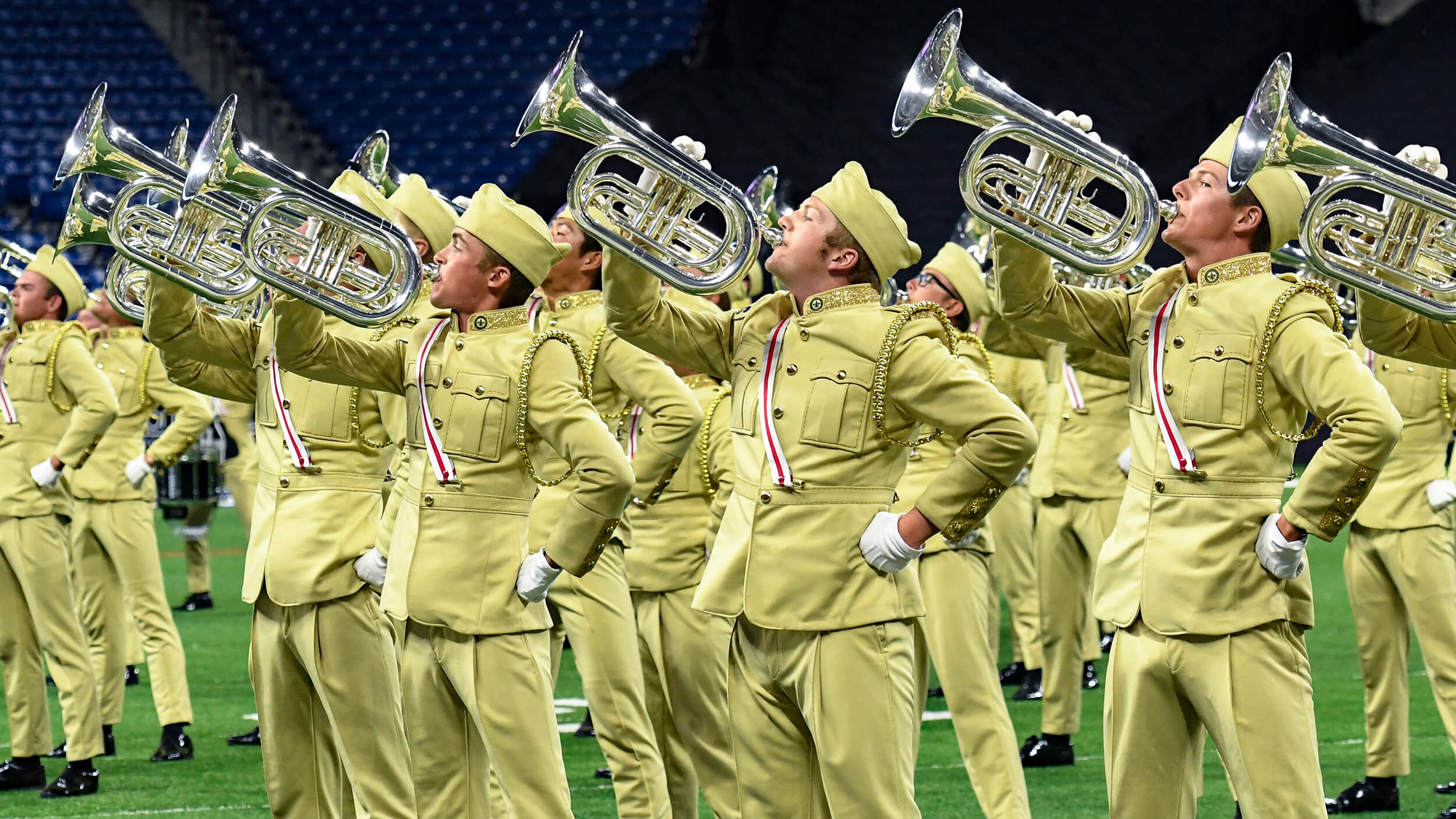 • Scouts “Roll Out the Barrel” for parade goers
• Troopers DM gets mic’d up
• Birthday wishes from the Bluecoats to Ringo
• And more!

7th Regiment congratulated the organization's Hall of Fame Class of 2020.

The Battalion gave fans a live look as the corps marched down the streets of Provo, Utah on the 4th of July.

Blue Devils reminded us this week that there's always time to stop scrolling for space chords.

The Blue Knights are featured in one of the latest episodes of the Marching Roundtable podcast.

Take a look at what the Blue Stars' color guard has been up to as the La Crosse, Wisconsin corps gets back into their rehearsal groove.

With peace and love, the Bluecoats took a moment this week to wish Ringo Starr a happy 81st birthday.

From temperature screenings to rapid COVID tests, here's a look at what the Boston Crusaders' "move-ins" looked like as the corps gets back into action at Castleton University in Vermont.

While "getting into the rhythm of things," The Cadets shared highlights from the corps' first week of 2021 spring training rehearsals.

Check out this video of the Carolina Crown percussion section in action, and then be sure to watch their final performance of the summer of 2021 on Saturday, July 10.

Check out the latest shots of the 2021 Green Machine from the rehearsal field.

Even with an abbreviated and accelerated schedule to get ready for the summer of 2021, the Colts still found time to work with local high school marching band students on the rehearsal field.

The Columbians wrapped up their 2021 summer season with a special live performance and webcast. The corps says their 2021 production "RollOn," is a statement that despite the global pandemic that tried to hold us down, we have risen and will RollOn to a super bright future."

Join the Crossmen live from spring training this Saturday, July 10, for a sneak peek at the corps' 2021 production, "Your Move," and much more.

One of Genesis' latest rehearsal days included a special concert by the euphonium quartet, FivE.

Gold's next rehearsal will take place July 10 and 11 in Murrieta, California.

Golden Empire had its first public performance since 2019 as part of the Bakersfield, California Fourth of July parade.

Get behind the 2021 Guardians drum line in this video clip from a recent rehearsal of the Texas corps.

Louisiana Stars' Alumni and Family Day event is on the schedule for Saturday, July 10 in Lafayette, Louisiana.

Check out the Madison Scouts as they "Roll(ed) Out the Barrel" on the parade route during Cedarburg, Wisconsin's 4th of July celebration.

The brand new tuning sequence of the Mandarins' Dragon Brass is definitely worth a listen.

The countdown is finally at an end as Music City gets moved in this weekend for the corps' 2021 spring training rehearsals.

Pacific Crest drum majors recently sat down with Tim Hinton of the Marching Roundtable podcast to talk about what's in store for the corps during the summer of 2021.

Members of the Phantom Regiment made their first public performance of 2021 during a 4th of July concert in downtown Evansville, Indiana.

The second session of Raiders' 2021 summer program gets underway Sunday, July 11 in Philadelphia.

Santa Clara Vanguard launched an open search for the director of the organization's "A-Corps."

Get inside the mind of Troopers' assistant drum major Daija, as she was mic'd up during a recent rehearsal.