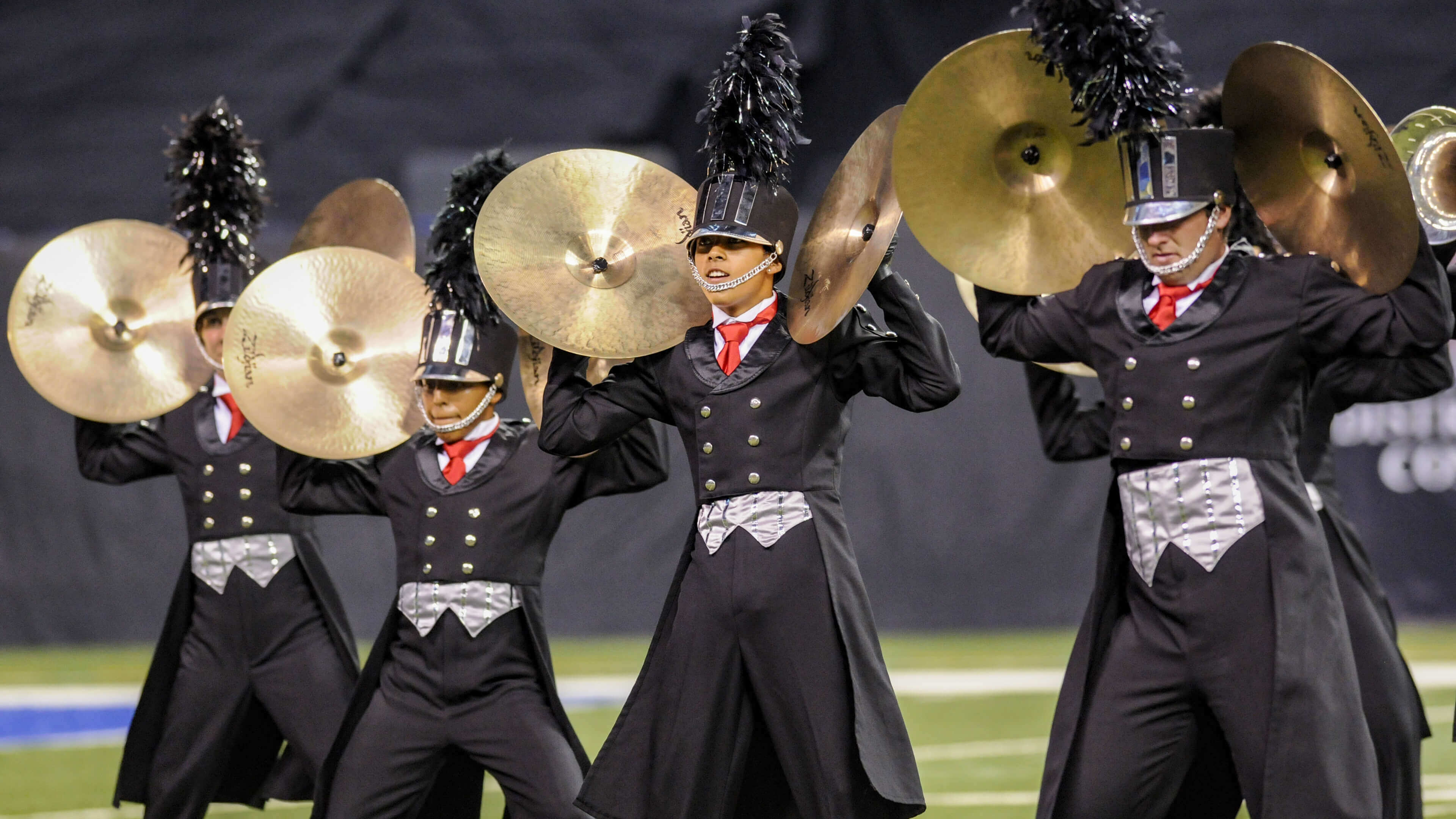 • Academy to welcome back cymbal line
• Legends will go inactive for 2023
• Watch the extended cut of Blue Devils 2022
• And more!

The Academy will welcome a cymbal line back into its ranks with the corps' 2023 summer season. The first round of auditions will take place December 2-4.

The Utah corps' first audition event for the 2023 season is scheduled for November 25-26 at Loveland High School in Colorado. An early-bird discount of $25 is available until November 20.

The first set of Blue Devils B in-person auditions is set for January 28-29 in Concord, California.

The Blue Stars are in search of a talented drum set player to join the corps for its 2023 season.

As part of the Percussive Arts Society International Convention, Bluecoats staff met with new partners from Bergerault Percussion who came all the way from France to meet their team.

The Crusaders drum line brought "Paradise Lost" back to life for one last performance as part of last week's Percussive Arts Society International Convention in Indianapolis.

It's the Cadets horn line after dark. Check out this warm-up video captured in the lot prior to the corps' 2022 performance at the DCI Eastern Classic in Allentown, Pennsylvania.

Colts' November camp is set for November 25-27 in Dubuque, Iowa. Interested participants must RSVP in advance.

Among a series of staff news, Columbians announced the return of James Haynes as its color guard caption head for 2023.

The first audition opportunity for Crossmen's 2023 cymbal section is November 20 in Dayton, Ohio.

Heat Wave paid a heartfelt tribute to the life and memory of its late founder, Benny Pisani.

This week Legends announced that the corps will go inactive for the 2023 DCI season. "The escalating costs to operate a touring corps continue to show no signs of reversal and while we always do our best to find a way, the current economic and global conditions will be a challenge that will take more resources to provide a quality experience," CEO Ibe Sodawalla said.

Les Stentors is in search of a volunteer to help with production of its November 19 end-of-season ball.

The Madison Scouts will be in action November 18-20 with an audition camp in Milton, Wisconsin.

Mandarins has a number of audition experience camps on the schedule including opportunities in Indiana, Texas and California.

Music City is currently fundraising as part of its annual Giving Tuesday campaign.

Pacific Crest worked with 125 students as part of the corps' fall series of educational events.

Don't miss out on Regiment's 2022 Hall of Fame Gala Auction which puts a number of unique and collectible items and experiences up for bid.

Time is running out to get your hands on items in a new apparel collaboration with SABIAN cymbals that captures the legendary Vanguard cymbal line.

The Cascades will be back in action Saturday, November 19, with an audition camp in Marysville, Washington.

Spirit of Atlanta has filled two important leadership positions in the organization with Jason Burns as executive director and Shelba Waldron as senior director of safety and compliance. "Jason is an energetic, innovative leader whose strategic approach and business aptitude is precisely what we were looking for in our next executive director," board president George Dickinson said.

Troopers can attest that getting tickets to the corps' upcoming brass, percussion and conductor audition camps are easier to come by than Taylor Swift concert tix.