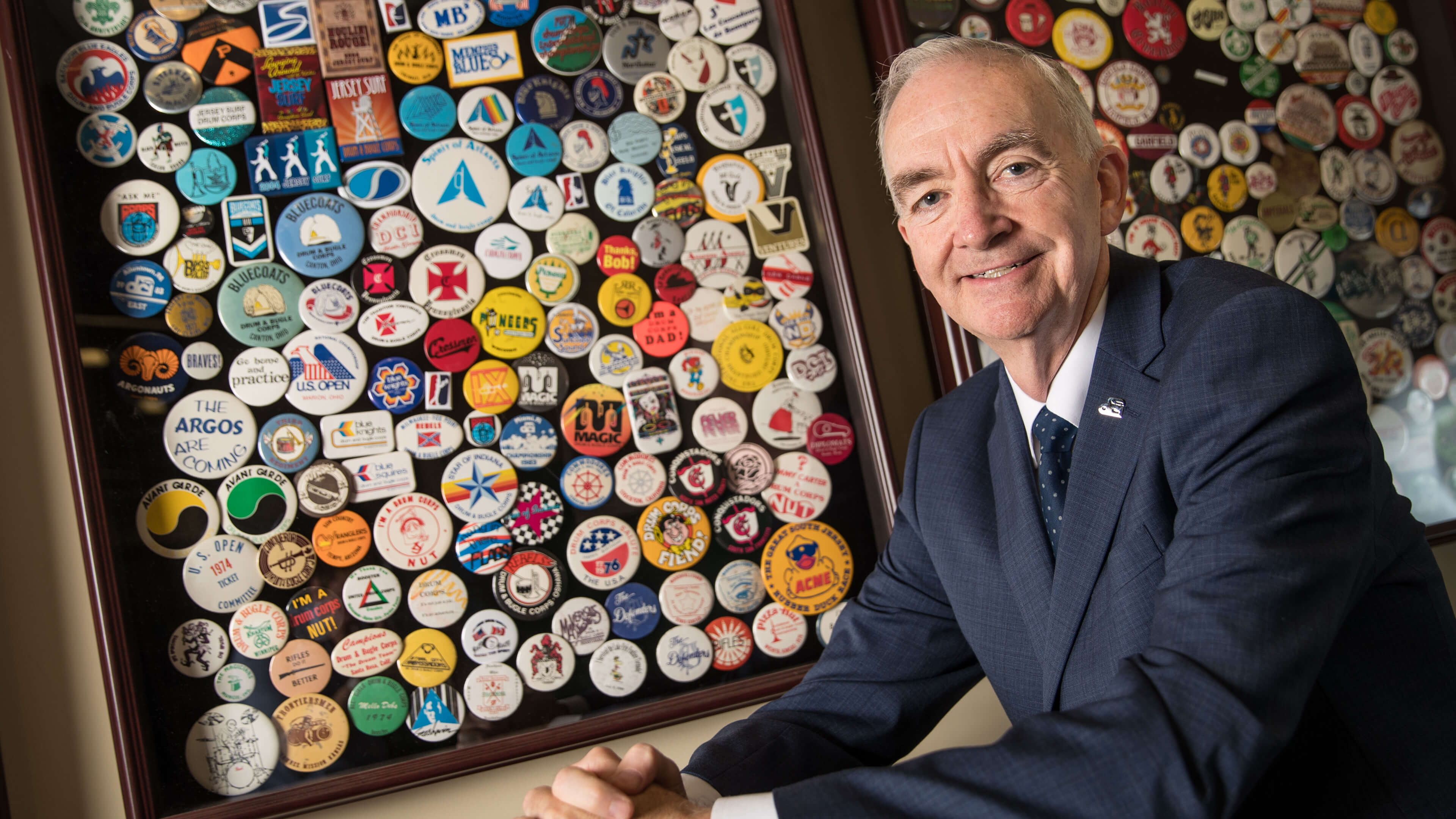 INDIANAPOLIS – Drum Corps International (DCI), the leader in producing events for the world’s finest marching ensembles for student musicians and performers, announces today that Dan Acheson, executive director and CEO since 1995, will retire at the end of 2023.

Having led the organization for what will be 28 years, Acheson is a 2008 inductee to the DCI Hall of Fame, in recognition of a lengthy list of achievements throughout the marching arts and most specifically for his contributions to the drum corps activity; including his decade-long leadership of the Glassmen Drum and Bugle Corps of Toledo, Ohio, prior to being tapped for DCI’s top position.

In acknowledgement of his service to and advocacy for music education, Acheson was named a Lowell Mason Fellow by the National Association for Music Education in 2008. In 2016, he was honored by the World Drum Corps Hall of Fame as the recipient of its prestigious “President’s Award.”

With a steady hand and uncompromising devotion to the organization’s mission, Acheson has tirelessly led Drum Corps International through a period of unprecedented growth and emergence as a worldwide brand synonymous with the pursuit of excellence in the scholastic performing arts. Each year tens of thousands of students participate in DCI-sanctioned activities around the world, to the delight of millions of educators, spectators, friends and supporters who enjoy their performances.

“It has been the greatest honor of my life to serve as CEO of Drum Corps International through an enormous series of changes over the decades, all the way to our organization’s 50th anniversary this past year,” Acheson said. “I am extremely proud of all that we have accomplished, along with each of the participating corps who have contributed to this rich legacy, and for the opportunities we’ve had the good fortune to provide to hundreds of thousands of remarkable young people who have chosen to take part. I am pleased to retire with DCI as a strong, vibrant organization that is ready for a wonderful next chapter which is waiting to be written.”

“Dan is an outstanding, passionate leader, and his long and successful tenure will leave us with enormous shoes to fill,” said Chris Holland, outgoing chair of the DCI board of directors. “Our search process for his replacement is well underway, and our intention is to have our next CEO in place early this spring, so Dan can lead a smooth transition throughout the 2023 season.”