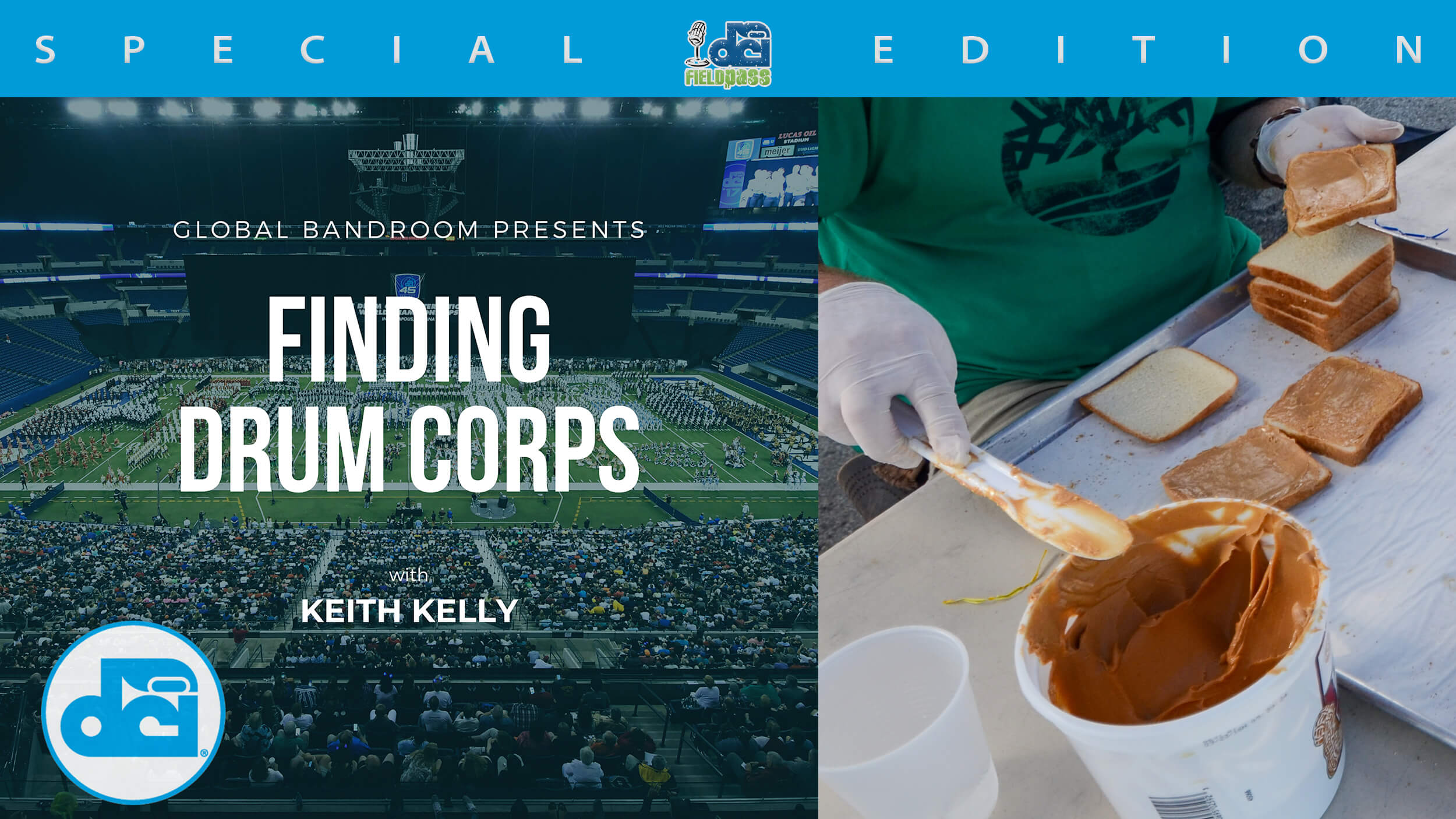 Irish musician and podcaster Keith Kelly takes the reins of the Field Pass in his special-edition series, “Finding Drum Corps.”

Volunteers don’t get paid not because they’re worthless, but because they’re priceless. On this episode, host Keith Kelly finds out more about these priceless pillars of the activity—What drives them to give so much of themselves, what brings them back every year, and the voluntary history of this entire activity. This week we’re paying tribute to the volunteers, the hidden heroes of drum corps.

Episode 4: The show on the road

Episode 3: What it takes

Episode 2: Those who have come before

Keith Kelly has been actively working with marching and concert bands in Ireland for more than 20 years. Having studied clarinet and saxophone in Dublin’s famous Artane Band, Kelly joined the Irish Defence Forces Band in 2004 where he served as principal clarinetist of the Band of the Western Command for more than 10 years.
Keith served as the general manager of the Artane Band and School of Music from 2014-2017, where he oversaw the implementation of a major three-year strategic plan, the $1.6 million redevelopment and extension of the school, the formation of a new 100-strong choral society, and the development of ongoing partnerships with Drum Corps International and Notre Dame University.
Kelly now works as a consultant and advisor to many arts organizations through Bands of Ireland, his own company Kelly Arts and Events, and Kaleidoscope Adventures, assisting individuals, organizations, and ensembles from around the world to plan tours and events, advocate for support and funding, as well as planning for their future. He’s also the director of the Celtic Band Festival which welcomes marching and concert bands from around the world each year to Ireland. In 2020 in response to the coronavirus pandemic, Kelly started the Global Bandroom Podcast and community to develop international virtual performance and education opportunities for bands and band musicians.