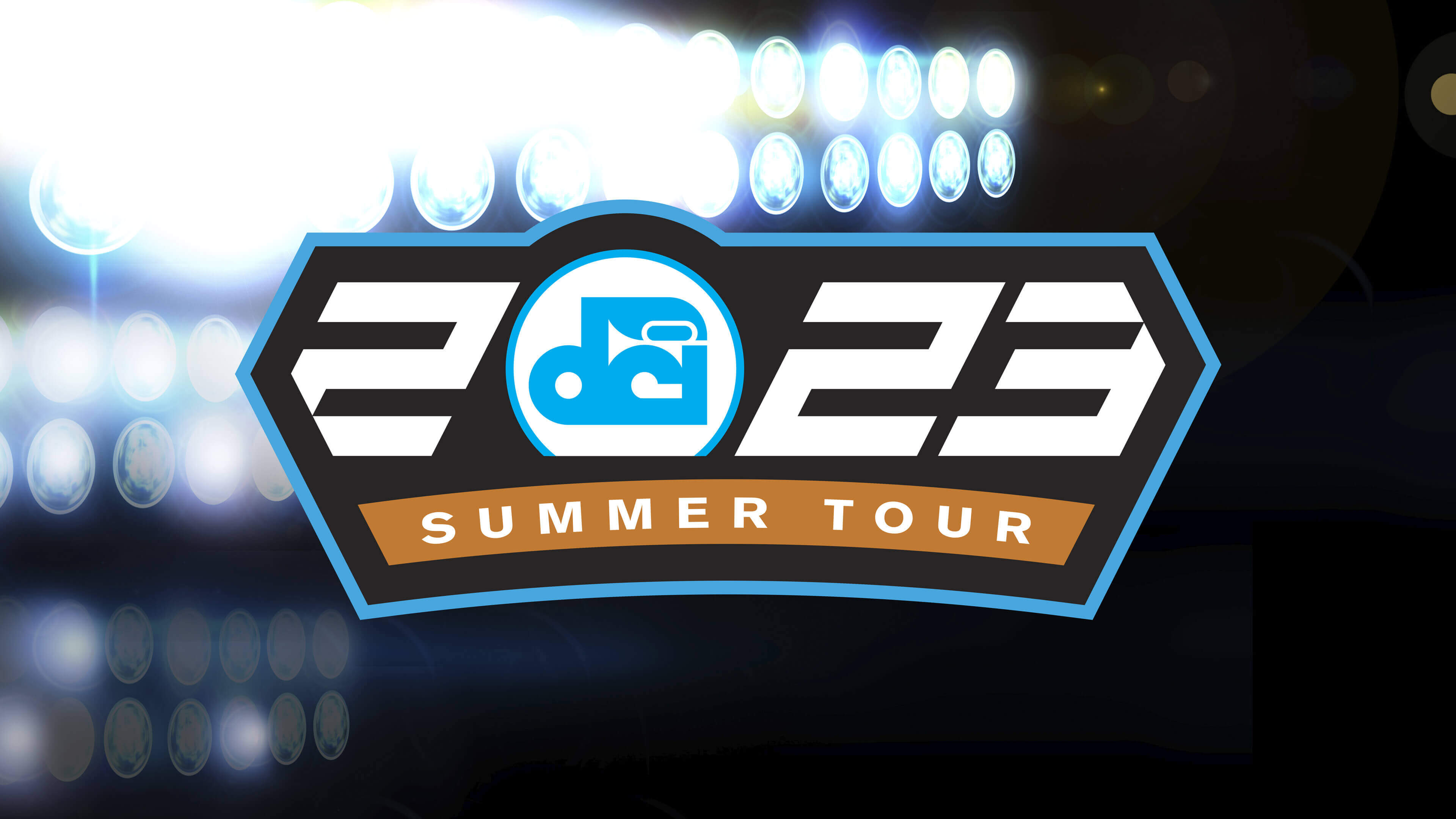 With the final golden glimmers of Drum Corps International’s memorable and successful 50th anniversary summer season still glistening in the rearview mirror, the 2023 DCI Tour is set to shift into focus.

The kickoff of DCI’s second half century will showcase 85 competitive events across 33 states, featuring an array of familiar venues from its 2022 summer schedule, including many that saw all-time attendance highs.

"With a continuing focus on member safety and health and the overall quality of the drum corps experience, tour plans for this summer provide for a slightly more relaxed pace regarding the number of miles of travel each night as well as the balance of rehearsal and recovery time for performers,” DCI CEO Dan Acheson said. "The annual scheduling process — although similar from year to year — takes into account a number of variable factors from venue availability to the unique needs and other obligations of the participating drum corps."

As December nears, join us in daydreaming of warmer temperatures and sunny skies and take a look at the many highlights scattered across the DCI Tour map:

The 2023 DCI Tour will kick off at the tail end of June, with a quintet of 2022 World Class finalists — Blue Stars, Colts, Phantom Regiment, Troopers and The Cavaliers — performing at the Midwest Premiere, June 28 in the Western Michigan area.

Other geographic pockets of the DCI community will enjoy their opening-night opportunities soon after, as key early events in Southern California (Vista, June 30 & Pasadena, July 1) and Massachusetts (Quincy, July 1 & Lynn, July 2) provide the first stages for a number of of DCI’s east and west coast corps.

A pair of World Class corps who are set to return to the DCI Tour in 2023 will make their debut performances early on in July. Seattle Cascades makes its first DCI Tour appearance since 2019 — after what will have been a total of more than 1,400 days — July 12 in Ogden, Utah. Spirit of Atlanta will also rejoin the DCI Tour for the first time since 2021 when it debuts its 2023 production July 8 in Lexington, South Carolina.

As has been the case in recent summers, many of the drum corps activity’s perennial top-scoring corps will converge for the first time in 2023 at DCI Broken Arrow presented by Oklahoma Baptist University Athletic Bands, held at the home of the 2021 Bands of America Grand National Champion, Broken Arrow High School. The July 18 event, which will feature 2022’s top-eight scorers, serves as the precursor to a swing of eight events in nine days, throughout the state of Texas.

NOTIFY ME WHEN “TEXAS TOUR” TICKETS GO ON SALE

The centerpiece of the 2023 DCI Tour’s Texas swing, as well as the full tour itself, is set for July 22 in San Antonio, Texas, at one of drum corps’ most iconic venues, the Alamodome. In 2022, the DCI Southwestern Championship presented by Fred J. Miller, Inc. saw its second-highest attendance ever, featuring a crowd of more than 14,000. Aside from the DCI World Championship Prelims, no other 2023 DCI Tour event will feature more performing ensembles than the San Antonio event’s lineup of 23.

World and Open Class corps alike will ramp up their tours with very busy schedules during the final weeks of July and into August as the DCI Tour makes its way toward the DCI World Championships in Indianapolis.

For World Class participants, once their buses exit Texas, they’ll head for southeastern states. The University of Louisiana Monroe’s Malone Stadium will host eight corps on July 26. On the same night, seven others will compete on a familiar stage, Hattiesburg, Mississippi’s M.M. Roberts Stadium.

Filling out the final weekend of July will be a trio of key southeastern events, in Murfreesboro, Tennessee (July 28, presented by DeMoulin Bros & Co.), Atlanta, Georgia (July 29, presented by Ultimate Drill Book) — to be held again at Center Parc Credit Union Stadium, which served as a new venue on the 2022 schedule — and Winston-Salem, North Carolina (July 30).

From there, corps will make their way up the East Coast — through the likes of Huntington, West Virginia (July 31), Annapolis, Maryland (August 1) and Glassboro, New Jersey (August 2), among others — toward the annual DCI Eastern Classic at Allentown, Pennsylvania’s J. Birney Crum Stadium.

Open Class competitors will join forces to begin their final descent into Indiana in late July, with northeastern and midwestern events in the likes of Syracuse, New York (July 26), Apple Valley, Minnesota (August 2) and Charleston, Illinois (August 5), among others.

A full and busy week of the 2023 DCI World Championships will begin in Marion, Indiana with two days of Open Class events, August 7 and 8 at Indiana Wesleyan University’s Wildcat Stadium, which also hosted the same events in 2019 and 2022.

2023’s Open Class Championships, however, will feature a first-time face, as Tri Cities, Washington’s Columbians make their Finals Week debut. The Pacific Northwest corps first appeared on the DCI Tour in 2013, and has made steady and noticeable competitive improvement over its eight seasons since.

On its journey to the midwest, Columbians will join a fellow western Open Class corps — The Battalion of Salt Lake City, Utah — which made its Marion debut a year ago.

Once Open Class champions and medalists are crowned, all eyes will shift to Indianapolis for three days of competition and performance at the DCI World Championships, August 10-12. Lucas Oil Stadium — hosting DCI’s season-ending events for the 13th summer — will play host to 34 corps in World Championship Prelims competition, before narrowing the field to 25 participants in August 11’s Semifinals and August 12’s Finals.

In conjunction with the summer’s final events, fans who aren’t able to attend in-person can watch the top-15 competitors in Thursday’s Prelims live in cinemas across the country, as part of DCI and Fathom Events’ “Big, Loud & Live 18.”

An exciting, free fan-favorite event the the morning and afternoon prior to the DCI World Championship Finals, August 12 will feature the sixth-annual SoundSport International Music & Food Festival in downtown Indianapolis. The event — which will feature dozens of unique performances under DCI’s SoundSport and DrumLine Battle headings — is set to return to its 2022 location, just across the street from Lucas Oil Stadium.

GET YOUR ENSEMBLE INVOLVED WITH THE SOUNDSPORT INTERNATIONAL MUSIC & FOOD FEST

Tickets to 2023 DCI Tour events will gradually go on sale across the months leading up to the start of the summer season, with the first bundle of events scheduled for a public on-sale as part of DCI’s annual “Mega Monday,” on December 5.

As part of “Mega Monday,” tickets to the following events will be available: