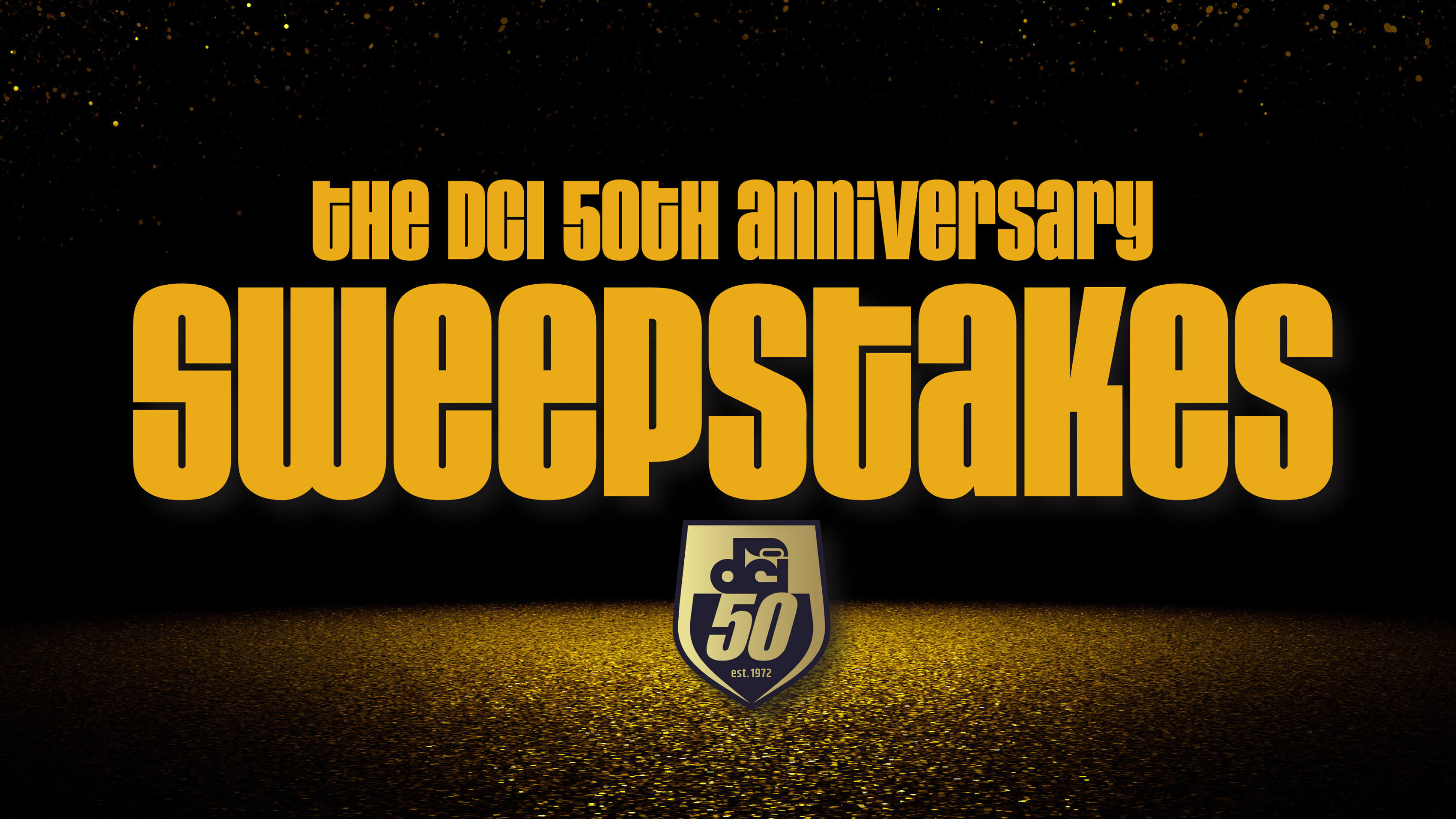 Pick your favorite corps from each of DCI’s 5 decades for your chance to win one of 50 great prizes in the DCI 50th Anniversary Sweepstakes!

Join the season-long celebration of DCI’s 50th anniversary by choosing your decade-by-decade favorites from more than 400 corps who have participated in the DCI World Championship Prelims spanning the 1970s, ‘80s, ‘90s, 2000s and 2010s! No purchase necessary. One entry per valid email address. Earn additional entries when you play and share!

“More than 400 corps have participated in the DCI World Championships since our beginning,” said Bob Jacobs, DCI senior director of marketing. “Some of these groups were only around for a season or two, others a bit longer and yet others which have taken part every year since the humble beginning in Whitewater, Wisconsin in 1972. The DCI 50th Anniversary Sweepstakes gives worldwide fans of drum corps the opportunity to celebrate all of these groups, and their unique contributions to the rich tapestry of the DCI experience.”

In honor of this half-century milestone, 50 lucky fans will be randomly selected to win great prizes, including a 2023 World Championships grand prize package valued at $5,000!

Here’s a preview of the “All-Time Honor Roll” of DCI World Championship participants. If you spot a corps we may have missed, please send an email to marketing@dci.org and our dedicated research team will investigate your claim. 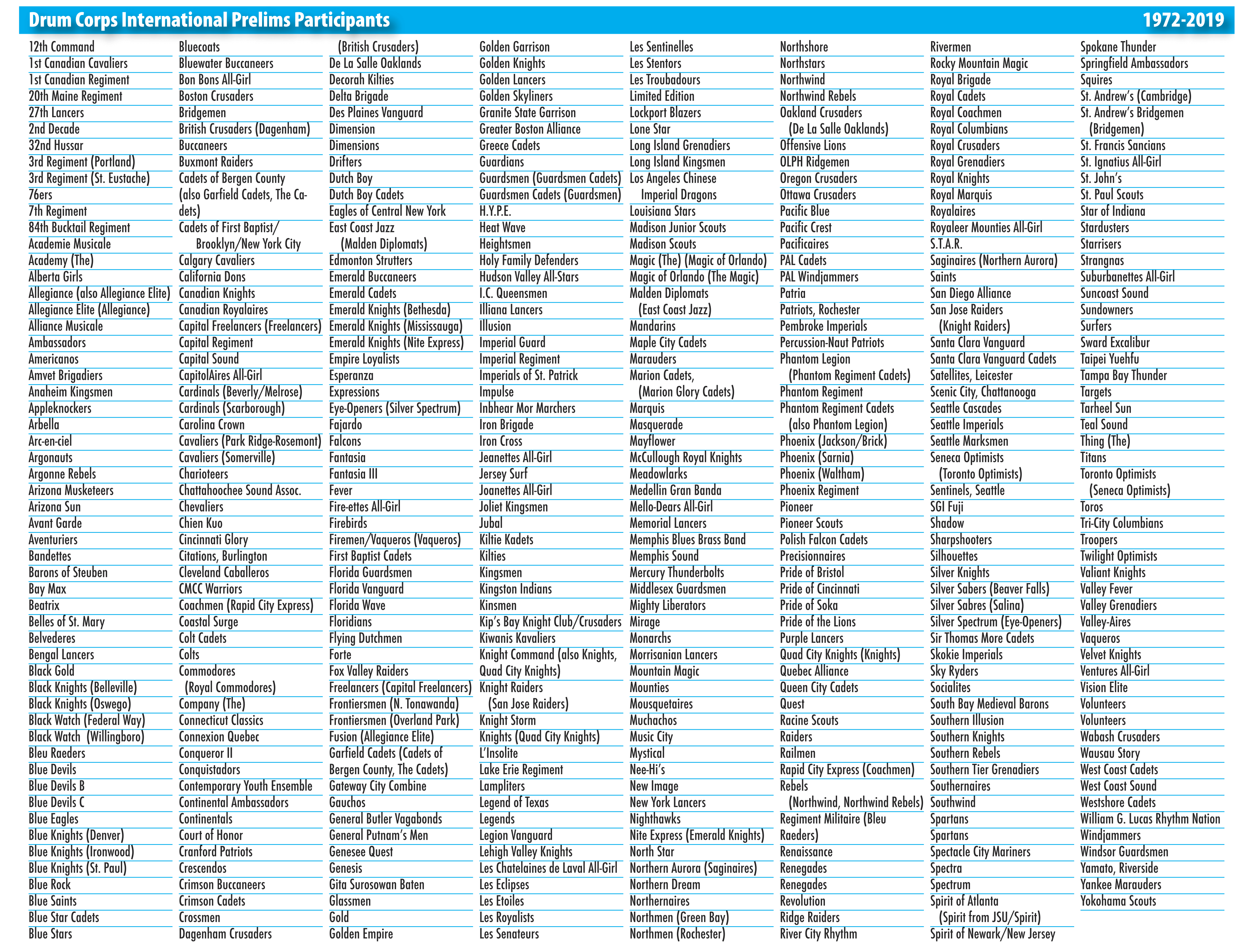