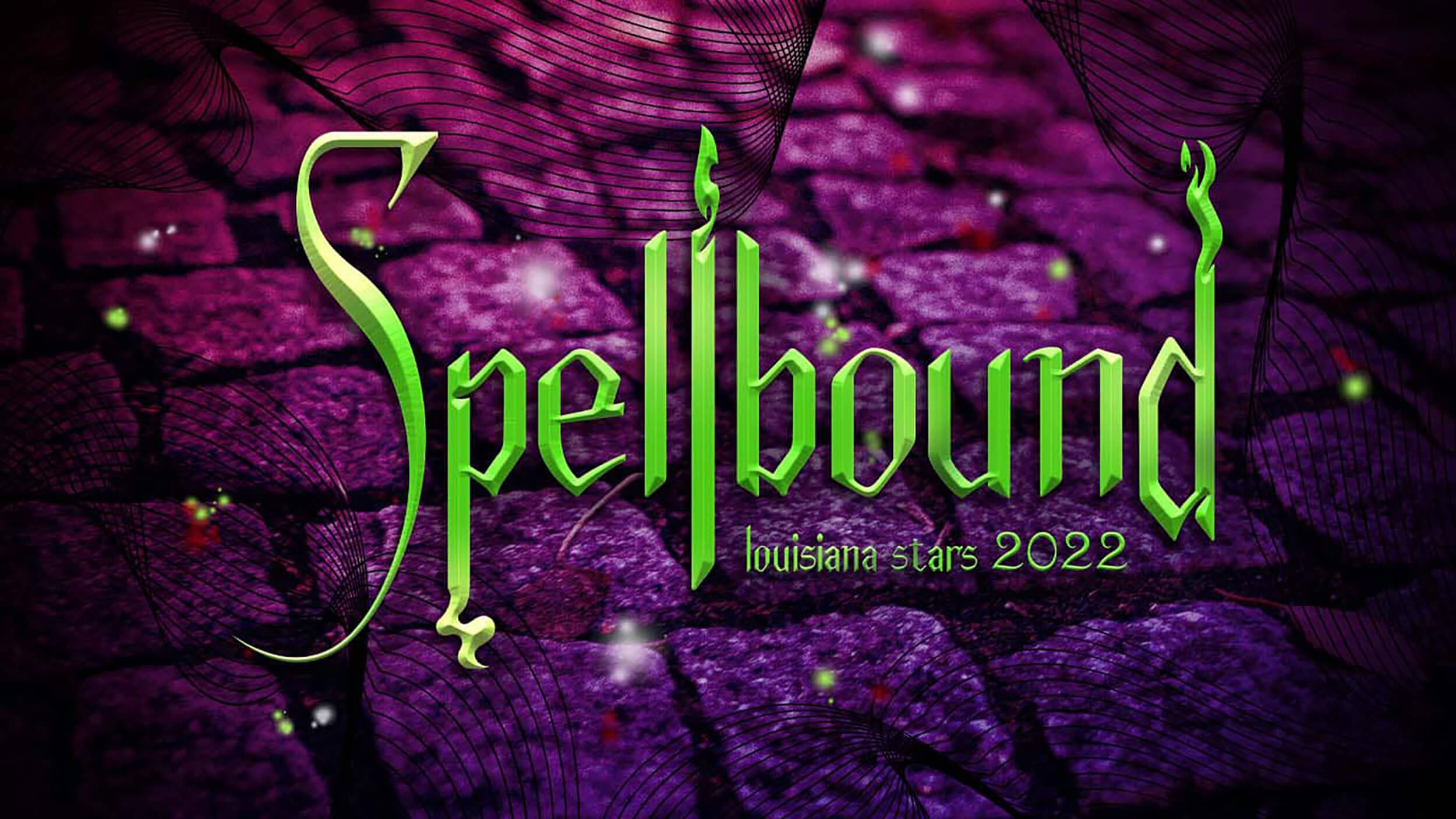 Louisiana Stars didn’t need to look far in order to find artistic inspiration for their 2022 production.

In total, their search led them about 150 miles away from home, to a nearby city rife with unique culture and imagery — New Orleans.

“We felt like we had a really good idiom, right in our own backyard to be able to connect with the audience, in the feel of New Orleans,” program coordinator Todd Clevinger said. “Once we started to brainstorm some ideas about what was possible, the idea of doing something based around New Orleans and Louisiana culture was kind of an obvious fit for us.”

Louisiana Stars’ production, an homage to the “Big Easy,” is titled, “Spellbound,” and is set to bring the city’s captivating energy to life, with added undertones of the “New Orleans Voodoo” culture.

Clevinger and his fellow Louisiana Stars designers made it clear, their goal in show development every year is simple — to be simple.

That’s in no way to say they aim to be simplistic, but Louisiana Stars’ hope is to be easily palatable, accessible, and engaging. Essentially, the corps wants its audiences to know exactly what’s going on before a note is played.

“One of the things that's always been important to Louisiana Stars is being really easy for the audience to connect to,” Clevinger said. “We're extraordinarily mindful of being entertaining to the audience.”

“Spellbound” accomplishes that goal. According to Clevinger and company, Louisiana Stars’ production is packed with excitement, all powered by a broad and recognizable theme.

“It has so much energy,” music coordinator Cody Hebert said. “I can't wait to see how it's going to affect the crowd.”

The corps wasn’t shy about its music selections either, having already shared them publicly. The official repertoire for “Spellbound” is quite eclectic, bringing together currently-relevant songs, classics of the 20th century, and even one piece that dates back nearly 150 years.

We are happy to reveal the source music for our 2022 program. Mixing modern and traditional styles, we are excited to present a show that is captivating and positively spellbinding 🖤 To listen to our show music playlist, click here 👉 linktr.ee/louisianastars.

Of course, a major headliner in that wide-ranging list of music selections is the inclusion of Billie Eilish. The 20-year-old sensation and youngest-ever Grammy Award winner had her music make its first appearance in Blue Knights’ 2021 production. “Bad Guy” is arguably her most popular song to date, having received more than two billion plays on Spotify.

“The opener is really, really neat, with what (brass arranger Ward Miller) did with ‘Bad Guy’ and ‘Incantation and Dance,’” Hebert said. “And the closer’s going to have tons of energy as well.”

“I'm really excited for the repertoire,” he added.

According to Clevinger, one of the biggest challenges provided to Louisiana Stars’ design team — it’s one that tends to be a challenge every year, — was simply unfamiliarity. 2022 marks the corps’ first time taking the field since 2019, and therefore, the corps' first time having any members since 2019.

With such a long gap comes plenty of member turnover as well; many of Louisiana Stars’ 2019 members have either aged out in the time since, or joined other corps when Louisiana Stars made the decision to take the 2021 summer off and continue regrouping for a strong 2022 return. As such, designing a program for a relatively unknown group of students provided its challenges.

“Two normal years in the life of any Open Class drum corps is an eternity, and two years without members — it can't be stressed enough how that can either make or break an organization,” Clevinger said. “So, we were definitely very mindful of that. We wanted to make sure that the program that we put together was going to be really easy for the membership to embrace and to enjoy performing.”

Luckily, though, the learning curve wasn’t severe. The corps’ recruitment efforts are coming along, and members are picking up the show created for them at an encouraging rate.

“Our brass members have been playing through the show the last few months,” Hebert said. “They're really, really stoked about this book.”

Another major boon to the corps’ transition process was its lack of staff turnover; according to Clevinger, it made all the difference.

Louisiana Stars was able to keep the majority of its instructional and design team from 2019 in place throughout the shutdown, and in many respects, the corps was able to hit the ground running operationally when it came time to do so.

“We only have one caption that isn’t the same as it was in 2019," Clevinger said. "So, I think the familiarity of the staff and those of us working together is a real plus, and that's going to be a real plus for the members, too.”