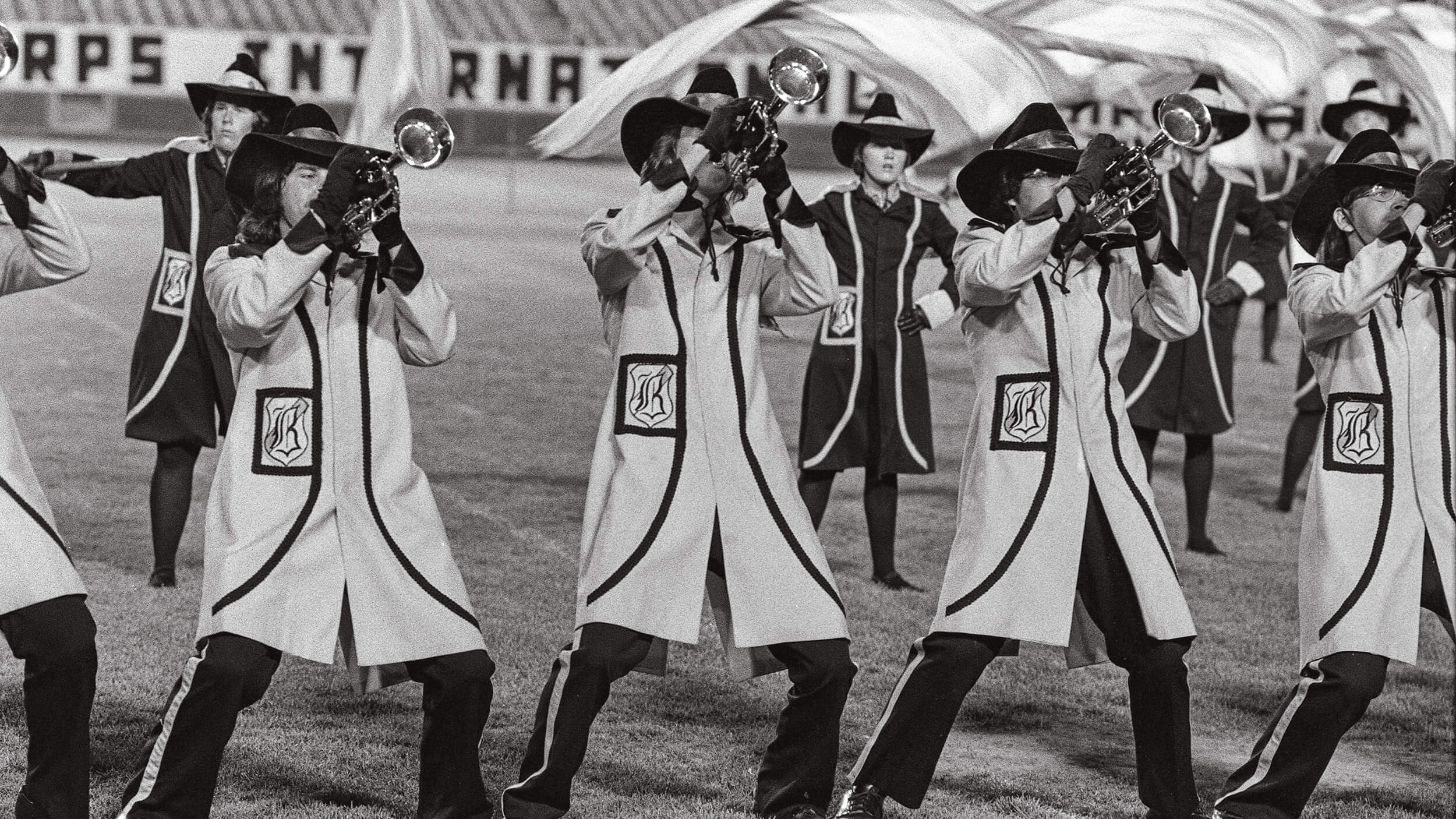 Finals results in ’78 were pretty close at the top, with Santa Clara Vanguard winning its third DCI title with just a tenth-of-a-point cushion over Phantom Regiment and a little more than three tenths over the Blue Devils. With DCI Hall of Fame member Jim Ott leading the horn line, the sophomore corps Spirit of Atlanta popped into sixth place and its first World Championship Finals performance.

North Star also made it into the Finals for the first time, and coupled with Spirit and the reappearance of the Bridgemen, helped push the Cavaliers, Garfield Cadets and Freelancers—all finalists in 1977—out of the competition.

Faced with a disqualification in 1977, there was much speculation how the Bridgemen would rebound in 1978. But fifth-place finishes in both the Prelims and Finals in Colorado revealed there was no cause to worry. 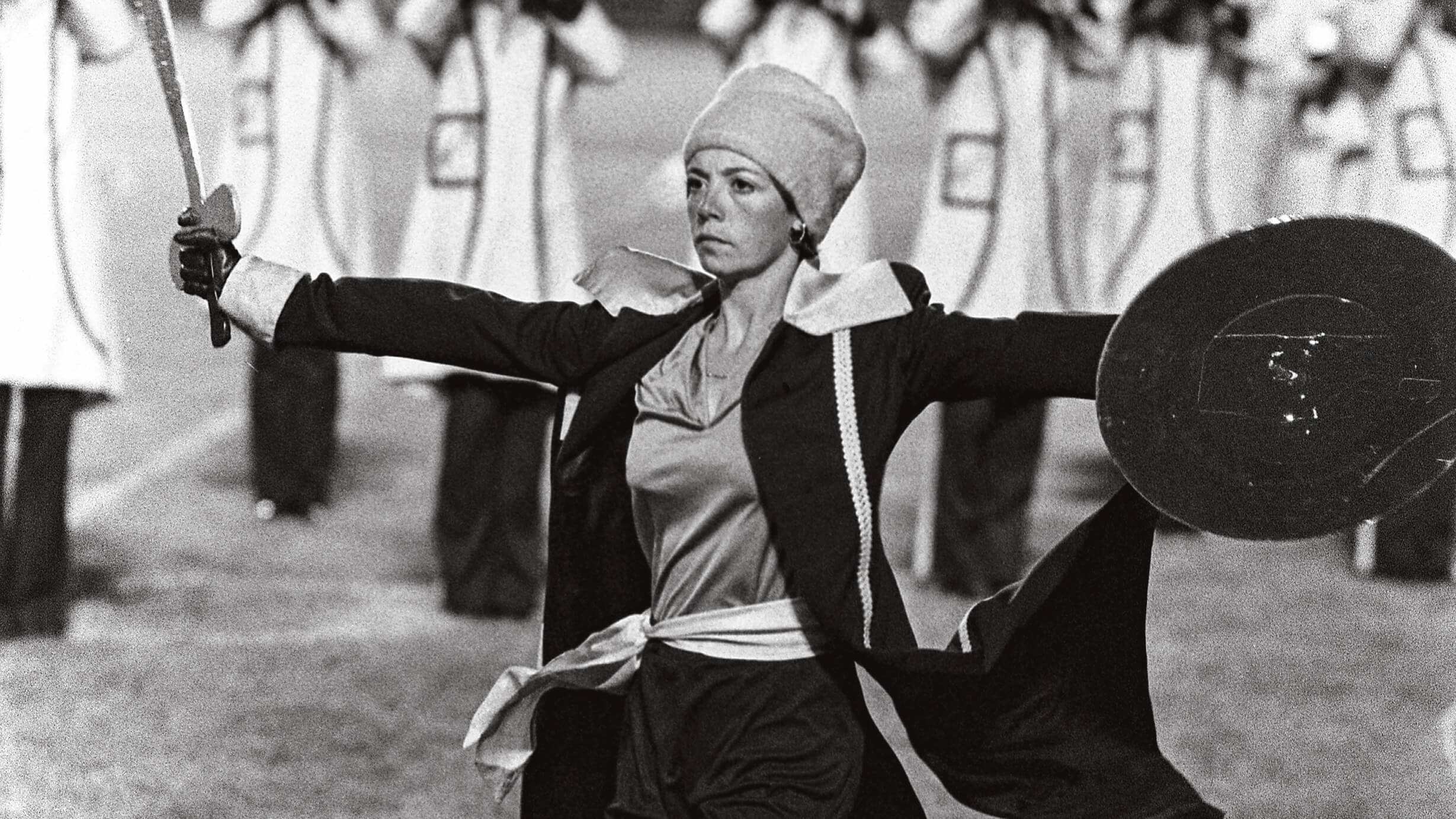 Bridgemen's production opened with a short fanfare also used by the Bayonne, New Jersey corps two years earlier that introduced its rendition of "Stars and Stripes Forever." During this fanfare, the rifles, front and center, sequentially removed their head-to-toe black capes to reveal sky-blue hooded jumpsuits.

This immediately segued into "Ritual Fire Dance" from Manuel de Falla's "El amore brujo," a 1915 ballet about a young gypsy girl haunted by the ghost of her deceased husband. Interspersed within this production was "Sabre Dance," from Aram Khachaturian's "Gayne Ballet," widely considered the composer's most popular work. The 1942 ballet also comprised the bulk of Santa Clara Vanguard's winning show in 1978.

In the story of "El amore brojo," the haunted woman's fellow gypsies set a large bonfire around which she danced, conjuring up the ghost, which was then sucked into the fire and disappeared for good. This action was interpreted halfway through the Bridgemen's opener with the rifle section gathering in a tight circle as if the ring of fire, while the flag bearers picked up sabres and shields and danced around them. The production transitioned back to "Sabre Dance," but only after the sabres disappeared. Seamlessly integrated, it's probable many fans weren't aware they were listening to two different pieces of music by two composers in the same number.

"Salute to Mayor Koch and the Big Apple" was also performed by the Bridgemen in 1977, when the production was titled after then-New York City Mayor Abe Beame. The work opened with a NYC traffic jam, with brass players imitating car and truck horns and a traffic cop vainly trying to get the vehicles to heed his commands. The traffic jam unraveled into the letters "NYC." A fanfare of "New York, New York" from Leonard Bernstein's 1941 musical "On the Town" quickly led into the theme from "42nd Street," a 1933 Warner Brothers film musical that didn't become a smash Broadway show until 1980, two years after the corps' production. "Salute…" ended with a sultry rendition of "Harlem Nocturne," written in 1939 by Earle Hagan and Dick Rogers. 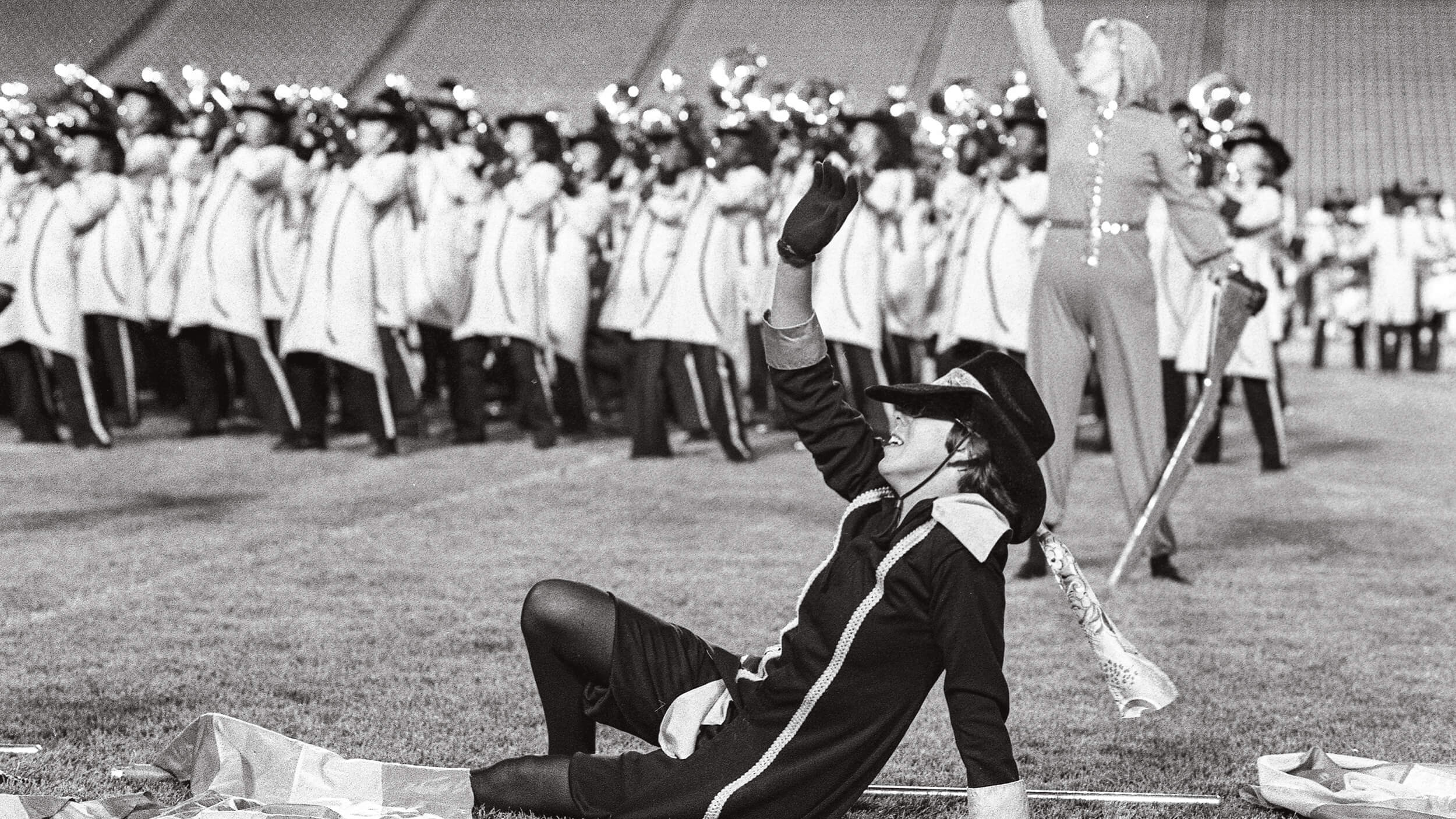 An ensuing drum solo was based on "Cachaça," a track on Patrick Moraz's 1976 album, "The Story of I." The piece earned the honor of "Keyboard Magazine's" Record of the Year. Moraz had been the keyboardist for the rock band, Yes, when the band decided each member would create a solo album. The work, featuring the brass and color guard sections doing a dance that was known as "The Bridgemen Shuffle," was strongly influenced by Brazilian Latin percussion.

The show then progressed into "Spanish Dreams" by Phil Kelly, a drummer who wrote extensively for Doc Severinsen and his "Tonight Show" band during the Johnny Carson years. Severinsen recorded the piece on the 1976 album, "Night Journey." Heading backfield, it seemed that the corps was going to turn around after a big build-up and wallop the audience in the face with a huge wall of sound. Instead, the volume fell off and the corps moved forward in a laidback fashion with brass players bopping side to side. The horns proceeded backfield once again but this time turned around to offer a surge of intense power.

David Crosby and Graham Nash recorded their second album as a duo, "Wind on the Water," in 1975. Bridgemen's closing number "To the Last Whale" was the final work on that album, on which famed singers James Brown, Carole King and James Taylor provided background vocals.

The piece started with an extensive and haunting chorale, which in the original setting was sung a cappella without lyrics. After a full-corps drill formation rotation, with color guard members spinning rifles in the center pivoting line, the horns hit a super-loud section of just 16 counts and then turned to the back right corner, amidst the gentle wafting of the introduction of Giochino Rossini's famed "William Tell Overture." 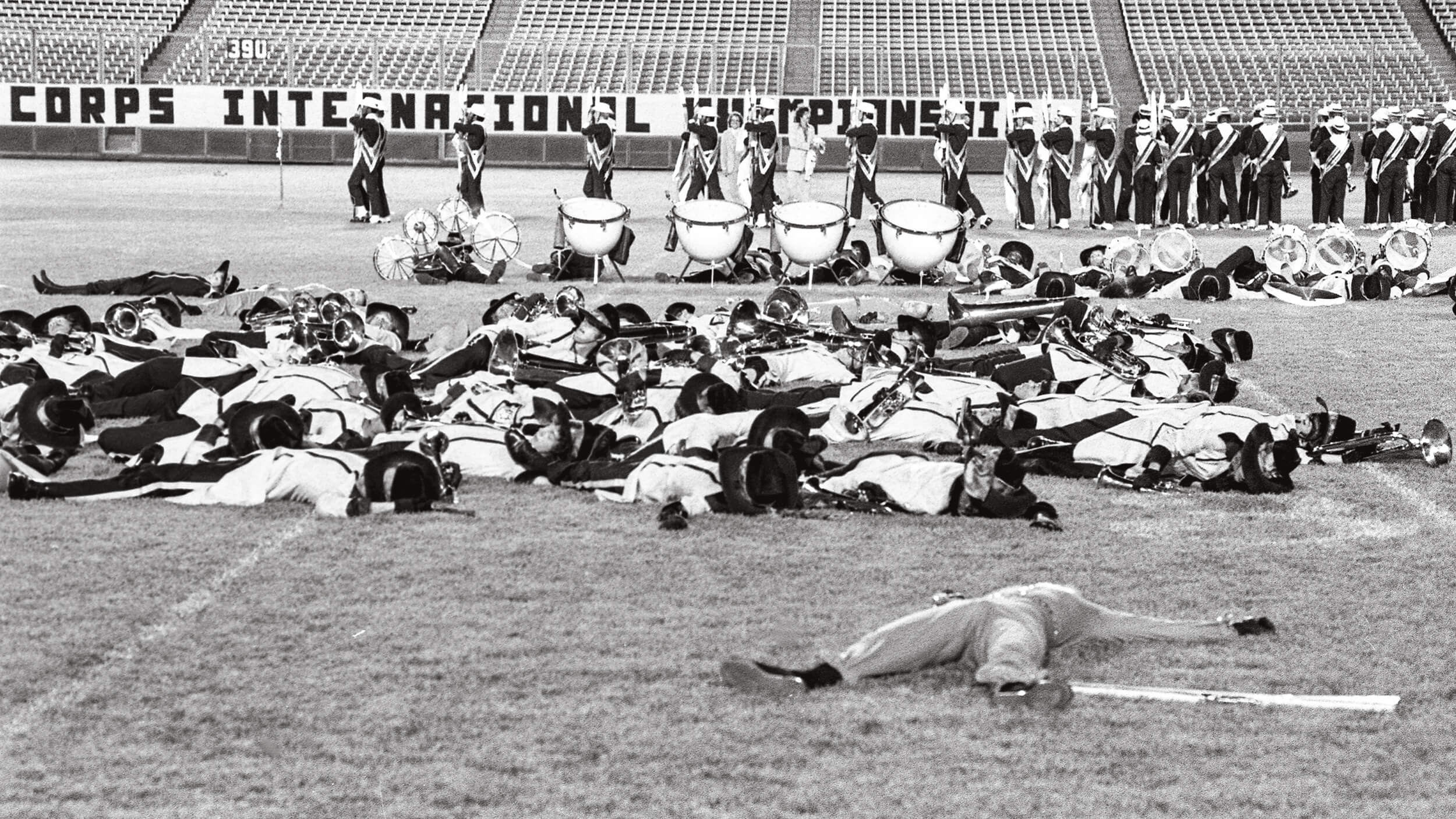 Suddenly turning to the front, with the whinny of a horse and the flags riding their flagpoles as if children's toy horses on a stick, the mood vastly changed as the brass players collapsed into a tight block. The show ended with a sustained "Amen" which playfully mocked the vocal "Amen" sung (with penalty) by the Garfield Cadets at the end of that corps' 1977 production.

Then, after the extremely long last note was finished, the corps fell to the ground, which is an antic that stunned fans when it was first unveiled during the 1976 DCI World Championship Finals.

The traffic cop from earlier in the production ran out of the formation, appearing exasperated, but the fans were enthused, warmly welcoming back the corps after wondering for so many months off-season if Bridgemen would be gone from our sight way too soon.