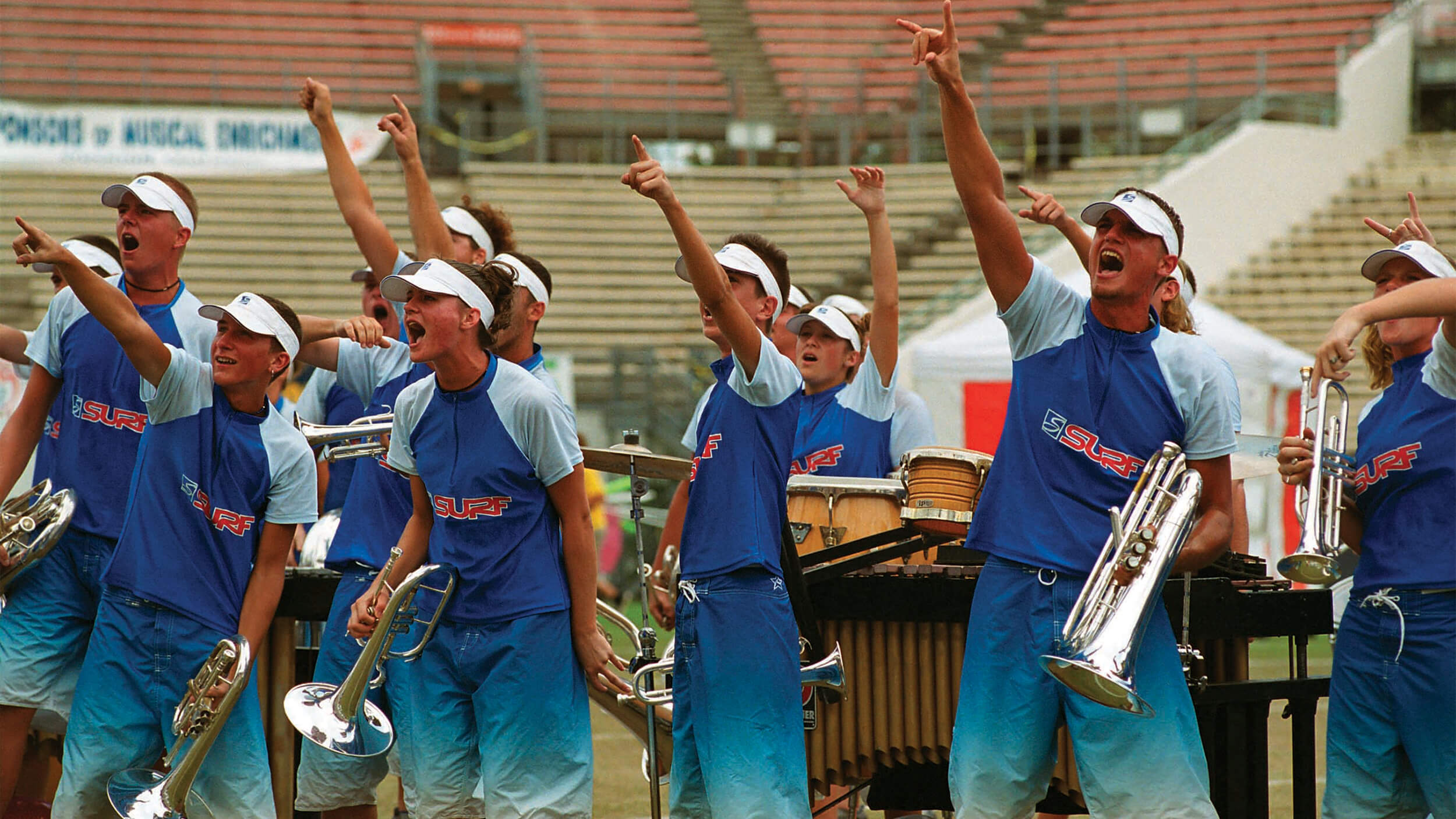 At the 2003 Drum Corps International World Championships in Orlando, the Division II & III competition was threatened by sinister thunderstorms that barely skirted the city all morning on Saturday, the day of Finals. There was a small drizzle and a smattering of distant thunder, but the show went off without a hitch.

This marked the first year ever that both the Division II & III and Division I Finals were held on the same day. 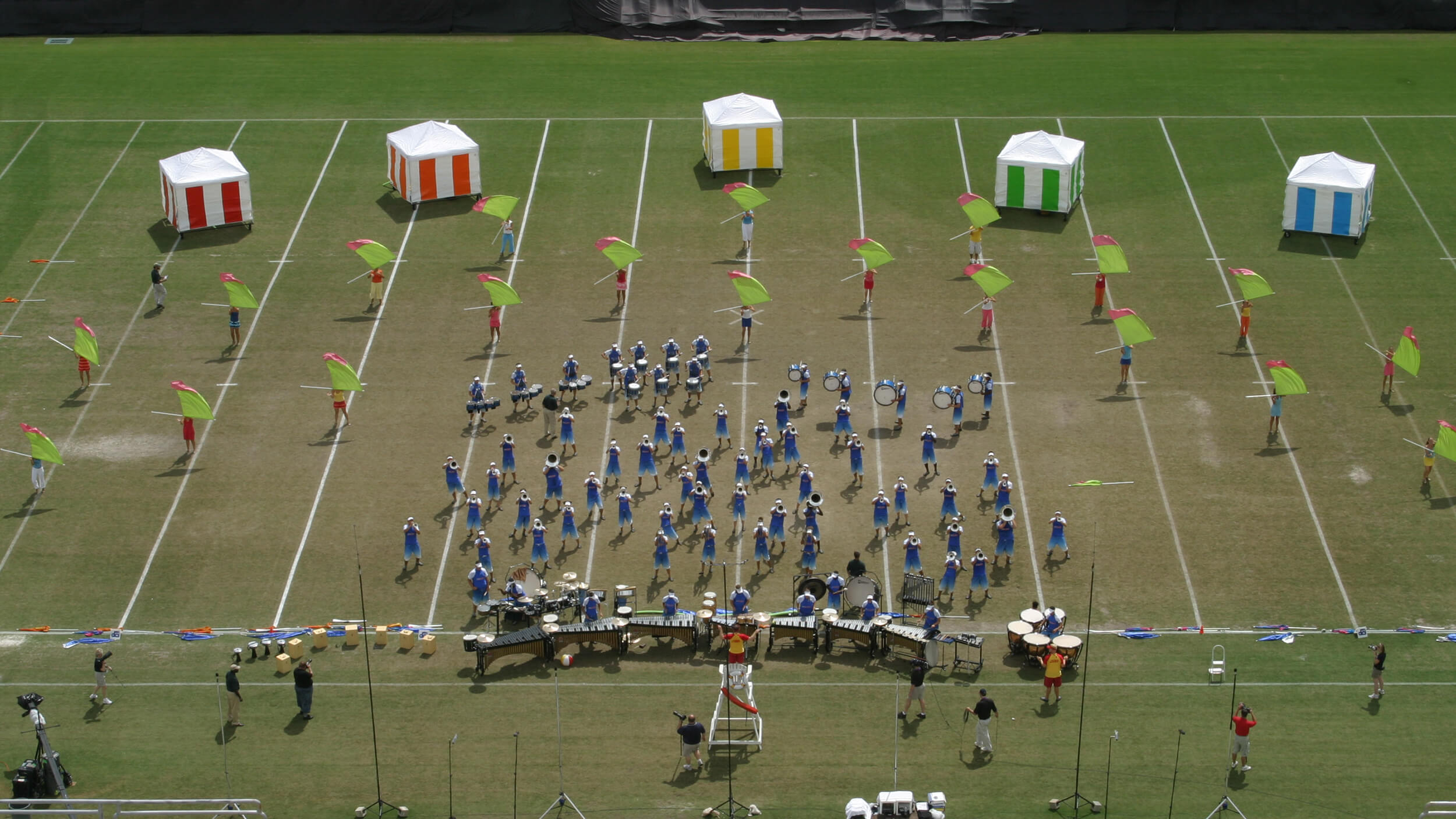 One typically thinks about fun in the sun when in Orlando, but during the summer months, the shores of New Jersey are also known for being home to frolicking sun worshippers, swimmers and surfers. Jersey Surf's fifth-place production, "Down the Shore with the Jersey Surf," was one of the first of the corps' entertaining show themes that it became well known for in its earlier years.

Setting the carefree mood, Surf's drum major conducted the show from a lifeguard high chair. Instead of formal corps uniforms, the brass and percussion players dressed down wearing sun visors, T-shirts, board shorts and surf shoes. The color guard members were in colorful and breezy summer garb. Five brightly colored beach cabanas, the type typically used for changing in and out of beachwear, were spread out across the back of the field.

After a short intro of a quiet percussion mallet lullaby, a school bell rang and the corps gathered at the front to unleash a spirited rendition of Alice Cooper's "School's Out for Summer." After this fanfare, the corps moved into "Theme From a Summer Place," written by film composer Max Steiner for the 1959 movie, "A Summer Place." However, this version was combined with the rhythmic DNA of Don Ellis' "Niner Two," the unusual time signature hit from his 1978 "Live at Montreux" album. The piece ended with "Niner Two" in its pure form. 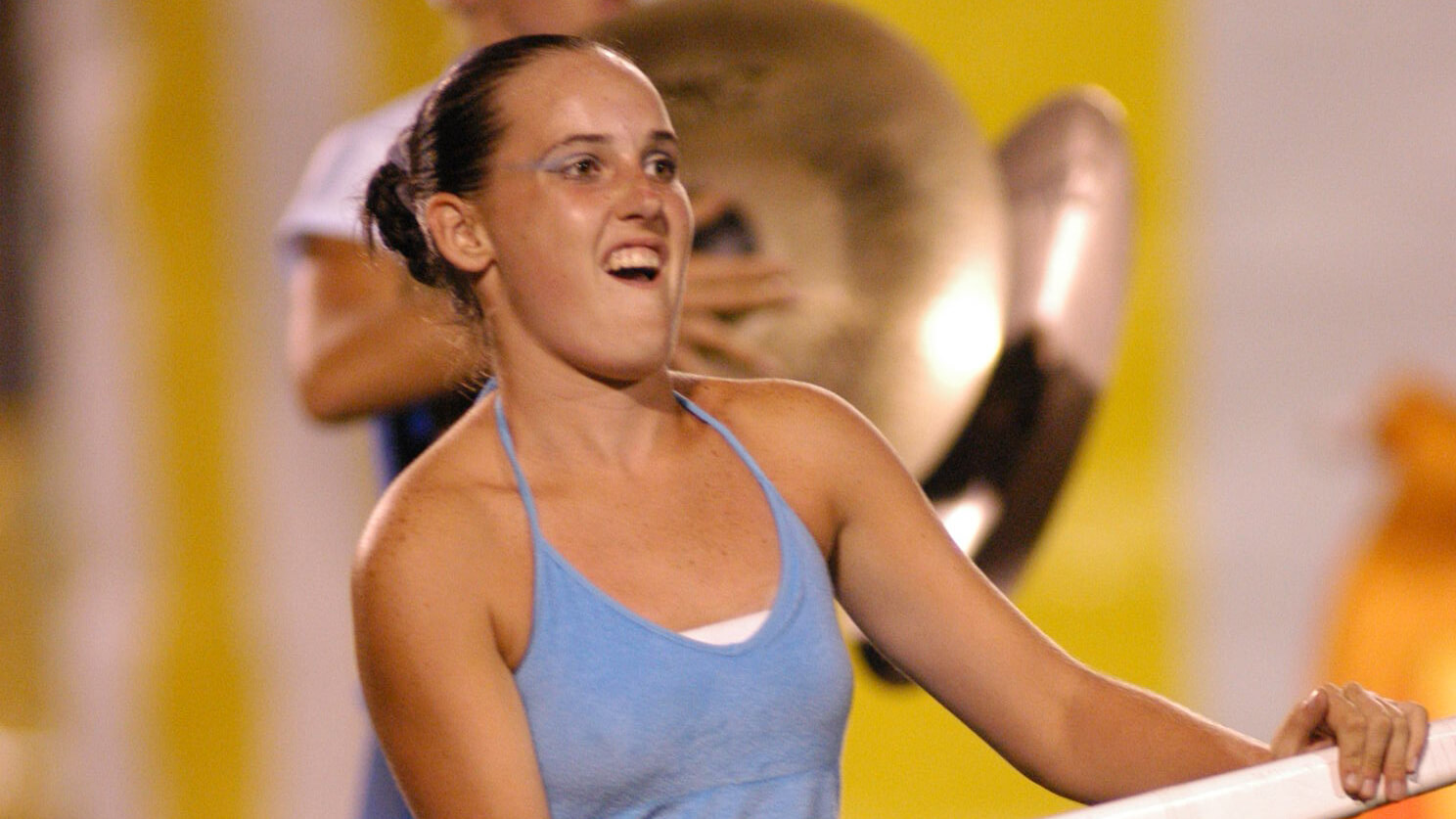 The beginning of "Wipeout on the Waterfront" quietly quoted from Leonard Bernstein's theme to the Marlon Brando film, "On the Waterfront," with ocean drums (wide but narrow hand drums filled with buckshot) creating a gentle lapping on shore of a surf while the bell of a buoy rang out in the distance.

A lovely brass interpretation of the Beach Boys' "Surfer Girl" came next. Beach Boy Brian Wilson once said that this song, the first he ever wrote (at the age of 19), was based on "When You Wish Upon a Star."

Next, "Set Free on the Boardwalk" commenced with the theme from "Hawaii Five-O," the long-running CBS detective series from 1968 through 1980. The Ventures, the bestselling instrumental band of all time, made this Morton Stevens theme song even more popular throughout the world. Interestingly, this American band outsold the Beatles 2-to-1 in Japan. 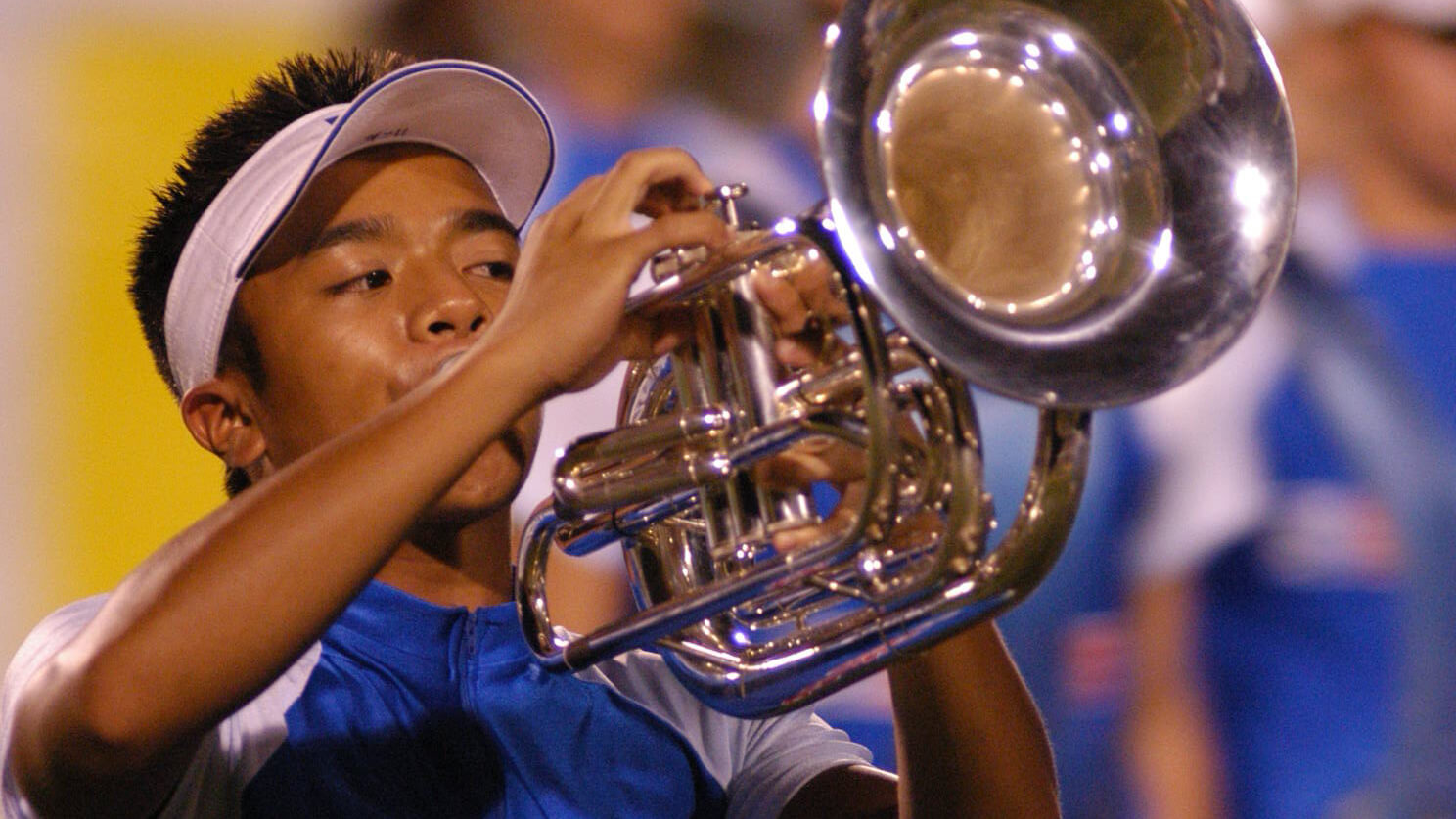 The melody segued into the "Presto barbaro" theme from "On the Waterfront," featuring the brass players crab stepping sideways. The Bernstein melody continued with some of the Ventures' "Wipeout" in the background; a most unusual combination.

A percussion feature on Latin instruments combined some samba with "Surfer Girl," leading into a little of the Drifters' "Under the Boardwalk," as nine large beach balls appeared from inside the cabanas.

A shout-out chorus of "Under the Boardwalk" led the corps into a reprise of "Wipeout" and pointed to the thematic direction that corps would take for years to come as one of DCI's most enjoyed units.