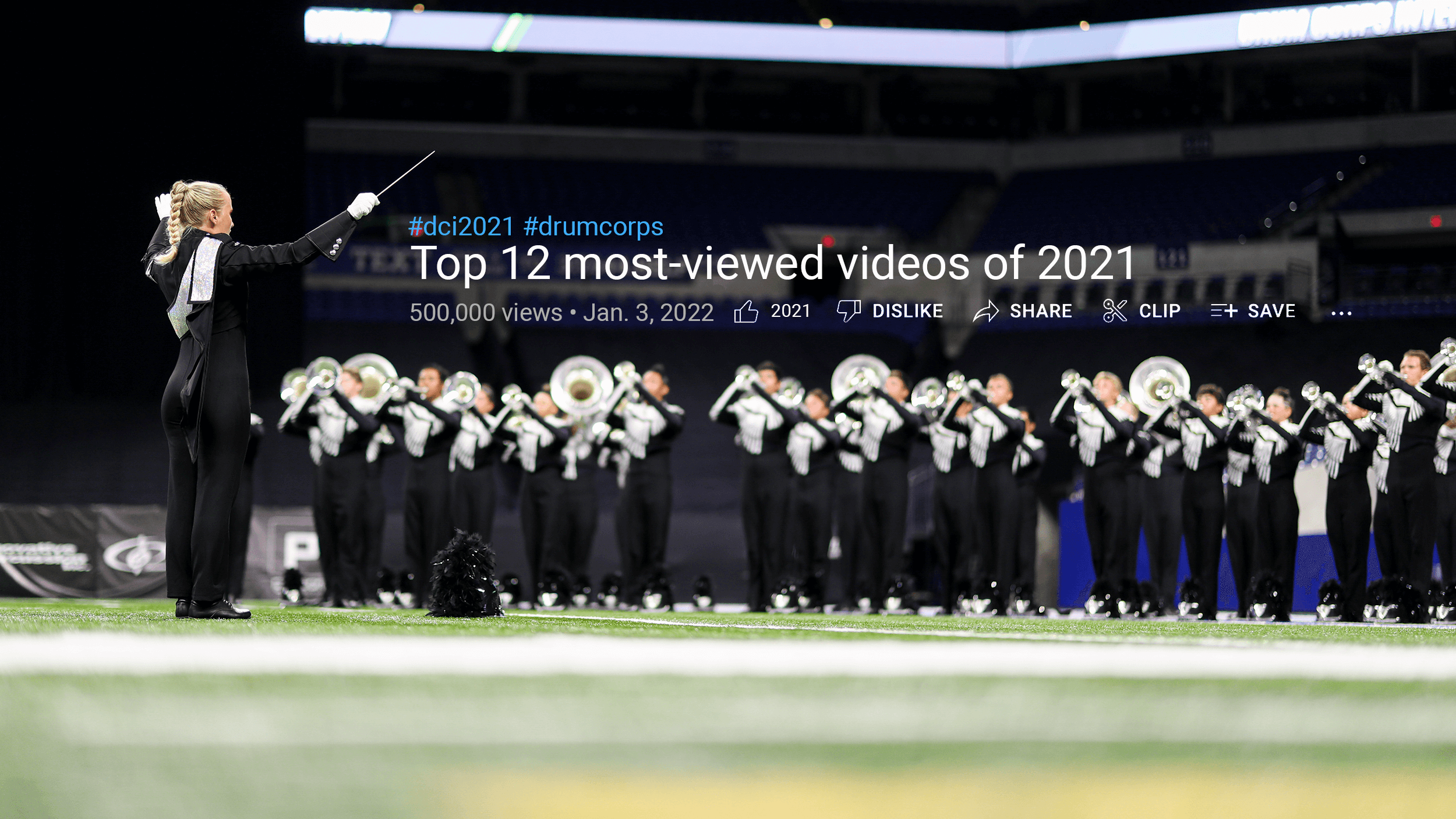 2021 brought drum corps performances back to stadiums across the country, and featured many exceptional moments in what ended up being a special — albeit unconventional — year for the drum corps activity.

Take a walk down memory lane and relive the top dozen moments from 2021 as seen on DCI's YouTube channel:

Phantom Regiment brought the house down throughout the DCI Celebration Tour — particularly so on the tour's final day — with its reprisal of the corps' 2003 production, "Harmonic Journey."

Often a highlight of Drum Corps International's season finale events, "The Commandant's Own" joined several corps in making a return to the Lucas Oil Stadium stage in August.

Troopers were one of many corps to bring one of their iconic pieces of music to life in an encore format at the DCI Celebration at Lucas Oil Stadium in Indianapolis.

Much like Troopers' "Battle Hymn," The Cavaliers wowed the DCI Celebration audience with their rendition of Gustav Holst's "Jupiter," from "The Planets."

As preparations began for the 2021 DCI Celebration Tour, staff members and performers of Phantom Regiment discussed their unconventional "spring training," as well as their excitement to return to the field.

In honor of the late Michael Boo — an accomplished writer, composer and Cavaliers alum — The Cavaliers performed his piece, "Jade," at the DCI Celebration coinciding with Boo's posthumous induction into the DCI Hall of Fame.

One of the highlights of the DCI Celebration at Lucas Oil Stadium was the many solo and ensemble performances presented on the GPG Music Stage, including a snare drum duet performed by longtime DCI percussion judge Jeff Prosperie and his son Jeff Prosperie Jr., a member of the 2021 Phantom Regiment.

All the smiles, moments and memories of the 2021 DCI Celebration were highlighted in this montage shown on the video boards of Lucas Oil Stadium to conclude the final day of performances.

4. • Cavaliers debut "Live! From the Rose" in the heart of namesake hometown

Ahead of the 2021 DCI Celebration Tour, The Cavaliers brought their talents to their hometown of Rosemont, Illinois, which inspired, in part, the corps' 2021 production and show title, "Live! From the Rose."

Phantom Regiment joined the many corps who presented compelling encore music at the DCI Celebration, performing Richard Wagner's "Elsa's Precession to the Cathedral" — a piece that first became synonymous with the Rockford corps in the late 1970s — on the Fred J. Miller, Inc. Endzone stage.

The Cadets paid homage to a 27th Lancers classic, "Danny Boy," during the first day of DCI Celebration events at Lucas Oil Stadium in Indianapolis.

It was only fitting that the final moments of the 2021 season became the most-viewed moments of the year, as the DCI Celebration's finale paid tribute to the season that was, and looked forward to DCI's 50th Anniversary in 2022.