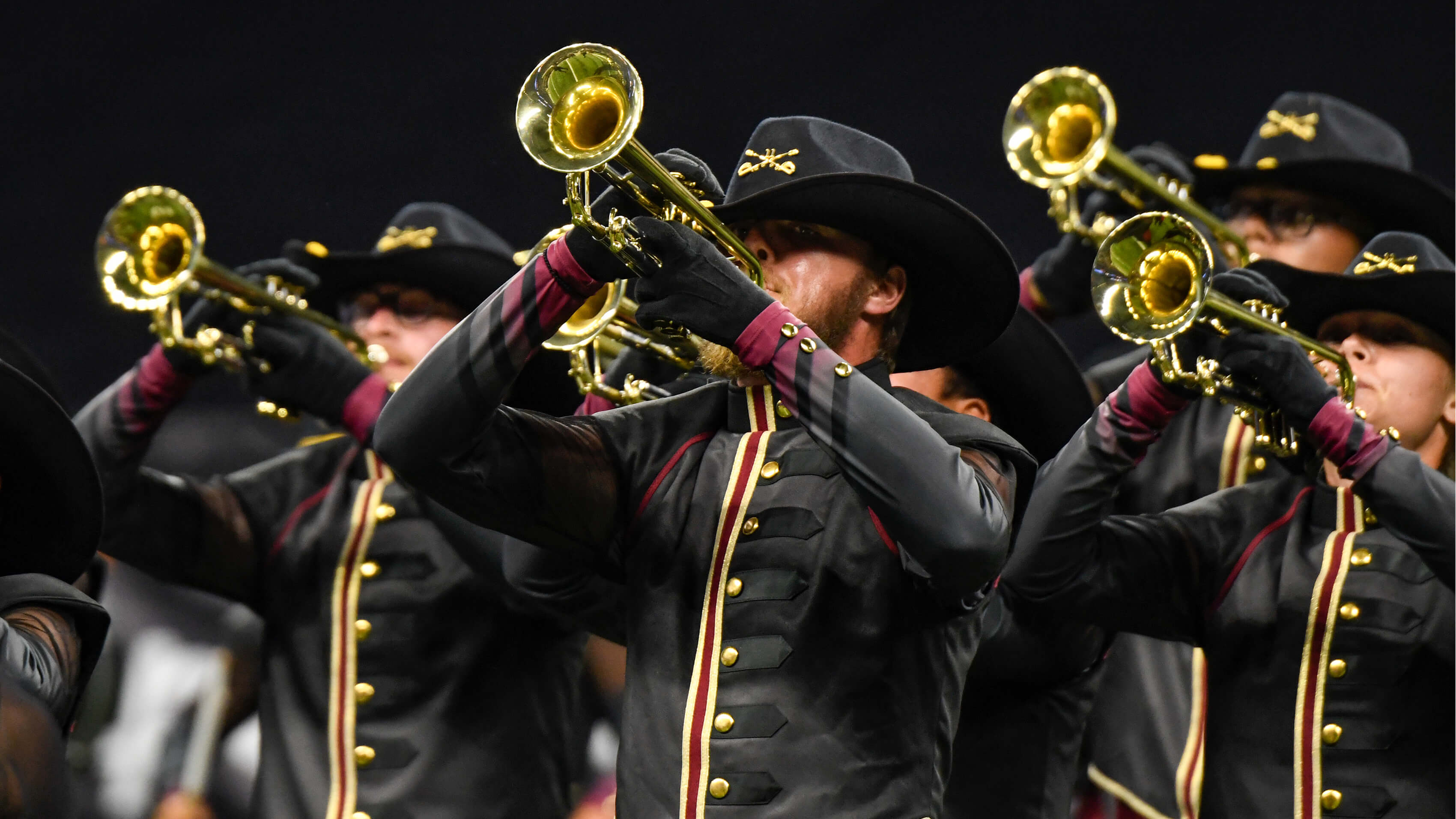 The Battalion encourages current and prospective corps members to make use of a recent resource offered by Marching Arts Education, titled "The Dues and Don'ts of Paying for Drum Corps."

As the calendar turns to 2022, the Blue Stars have asked supporters to donate to the corps.

The Cadets announced that the corps' January camp, set for January 14-16, will now be held as a virtual event.

Carolina Crown is in search of individuals local to the Carolinas to manage the corps' merchandise booths at color guard events this winter.

Thanks to a generous anonymous donation, Crossmen is able to offer all color guard members a $1,000 discount on 2022 tuition.

Genesis' next audition opportunity is set for January 21-23 at Bastrop High School in Bastrop, Texas.

As a COVID-19 protocol, Heat Wave announced that it will be holding its January 8-9 audition and rehearsal entirely outdoors, and will be eliminating all overnight components.

Impulse's next "Xperience" audition opportunity for 2022 is scheduled for January 15-16.

In response to recent COVID-19 developments, Jersey Surf's January audition and rehearsal camp, set for January 15-16, will move to the virtual space and be offered free of charge.

Mandarins fans and followers can join the corps in its virtual 5K, scheduled to be held between the dates of February 19 and 26.

Color guard performers looking to shore up their drum corps plans before the winter indoor season can join Pacific Crest for the Sunday portion of its January 21-23 audition camp.

To ring in the new year, Phantom Regiment recapped the results of the organization's 2021 year-end giving campaign.

Read up on the Arizona corps' preparations for its Open Class debut in 2022.

Instituting a revised selection process, Santa Clara Vanguard opened its 2022 Hall of Fame nomination period with the start of the New Year.

The Seattle Cascades are seeking candidates for assistant drum major positions for their 2022 season.

With rising COVID-19 cases reported across the country, Spartans has changed its overnight January 15-16 camp to a pair of single-day rehearsals.

Troopers revealed the title and musical selections for its 2022 program, "VorAcious," featuring works by the likes of Ennio Morricone and AC/DC.