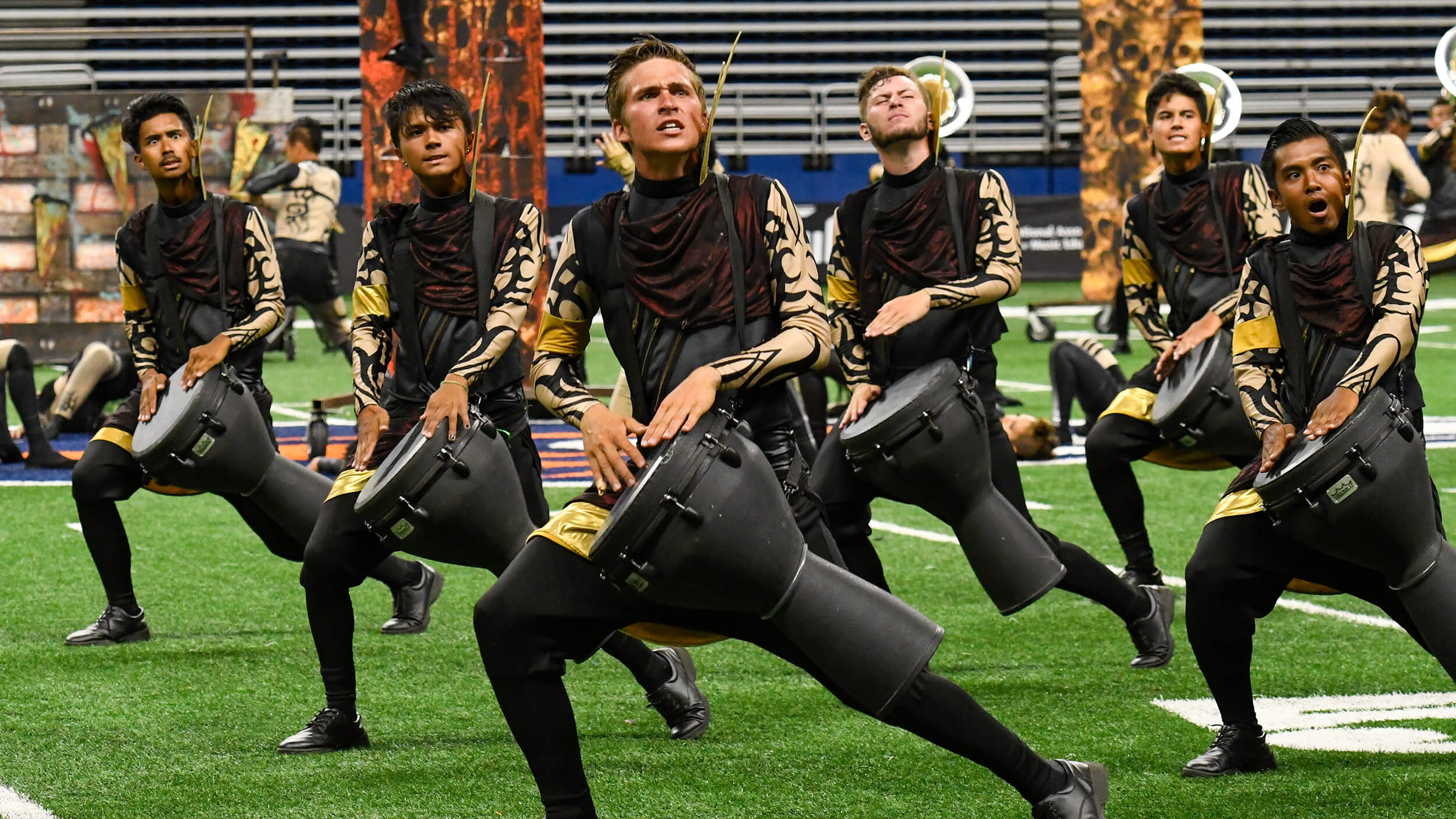 The Academy has open positions in the corps' brass, color guard and percussion sections. Check the corps' Facebook feed for the latest postings.

It's not too late to get involved with the Battalion for the corps' 2021 season.

From Louis Armstrong to Billie Eilish, Blue Knights revealed some of the artists who will make up the corps' repertoire this summer.

Take a look back to Blue Stars' 2018 production, "The Once and Future Carpenter."

Bluecoats named the two individuals who will serve as drum majors during the corps' 2021 season.

The Cadets posted a number of positions for those interested in working with the corps this summer.

Check out this throwback photo to the Colts performing on the steps of Cinderella Castle at Walt Disney World.

Columbians will host an online alumni meeting on March 31.

In a new video, Genesis brass co-sergeant Amanda Strickland talks about what the corps has been up to in recent months.

Registration is open for Gold's educational experience and auditions events.

Corps members explain why they choose to march as members of Guardians.

Impulse's live in-person casting call is coming up in just a few weeks.

Legends announced this week that the corps will focus its efforts on a return to the field in 2022.

Info on the educational Stars Academy including dates and fees is now available.

In episode 8.1 of "Behind the Fleur," Madison Scouts' Chris Komnick and David Lofy reflect on the cancelation of the 2020 DCI Tour and look ahead to the corps' plans for 2021.

Mandarins recently conducted the first session of the Mandarins Academy Pathway program at the Sacramento County Youth Detention Facility. “Our intent is to provide music education for at-risk youth who have had negative influences and have made bad choices in their lives,” the corps said in a Facebook post.

The next Pacific Crest "mallet hang" will take place March 28.

2019 corps members talk about their experiences marching as members of River City Rhythm.

Shadow's next virtual masterclass on the subject of tenor drumming will take place Sunday, March 28.

New gear is now available from the Spirit of Atlanta online store.

Troopers' next virtual camp will take place this Saturday, March 27.