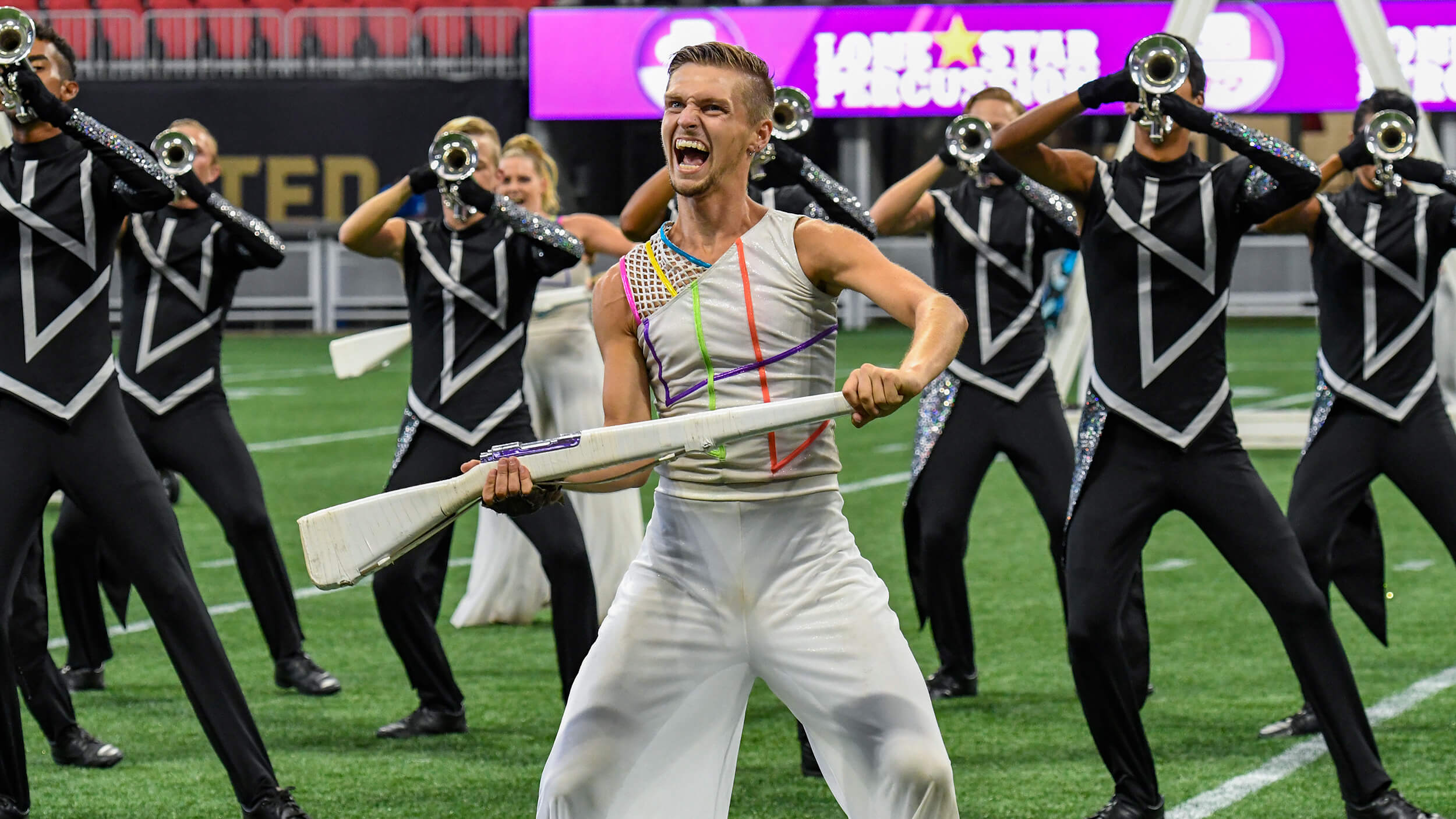 Coming soon, The Academy will take 20 days to celebrate the organization's 20-year history.

The Battalion will host an in-person rehearsal for brass, front ensemble percussion and color guard on May 29 in West Jordan, Utah.

The Bay Blue Notes, an ensemble of Blue Devils' BD Entertainment division, was recently active performing for fans at a game of the NBA's Golden State Warriors.

There are still a handful of spots left for those interested in joining the Blue Knights for the corps' 2021 summer season.

Make a contribution to the Blue Stars Scholarship Fund and directly support members of the Wisconsin corps with financial need.

Bluecoats have a limited number of positions open with the 2021 corps in the color guard, brass, tenor drum and auxiliary percussion sections.

In honor of Mother's Day, save 25% site-wide at The Cadets' online store through May 9.

Carolina Gold announced in a statement that the corps will focus its efforts on a return to the field in 2022.

The Cavaliers have been dropping hints all week about the corps' 2021 production.

Colts drum major Alayna Verduyn talks about why she marches as a member of the Colts in a recently-posted video.

A positive attitude and a willingness to work is all that's needed to become a member of the Colt Cadets.

The next Gold Education Experience and Audition Event will take place May 8 in Murrieta, California.

Registration is now open for Guardians' May 22 rehearsal camp in Dallas.

Heat Wave revealed the title and repertoire of the corps' 2021 production.

The next Impulse Xperience will take place May 16 in Irvine, California.

Executive director Bob Jacobs is featured on a recent episode of "The Masterful Podcast," a show by two former Jersey Surf members.

Madison Scouts gave a shoutout to all of the members of the corps' educational staff in honor of Teacher Appreciation Week.

May 6 Mandarins participated in the Big Day of Giving fundraising campaign. Here's how you can still help the corps reach its goal.

Music City is in need of a few more "rock star" trumpet players to join the corps for its 2021 summer season.

This week Pacific Crest revealed the title, theme and repertoire of the corps' 2021 production, "eX."

The Phantom Regiment Alumni Association is organizing a virtual alumni corps for a performance of the corps classic, "Elsa's Procession to the Cathedral."

Raiders threw things back this week to 2013 and the corps' "The Raven" production.

Check out this performance of the River City Rhythm Winter Guard organized for the WGI Sport of the Arts virtual season.

"May the 4’s be with you." Happy Star Wars Day from Santa Clara Vanguard and the 2015 Vanguard bass drum line.

Three reasons why you should get involved today with Shadow's "affordable, low-pressure" virtual summer experience.

Spirit of Atlanta will host its next virtual town hall meeting on Thursday, May 13.

Executive director Mike Gough explains why Troopers is "the best value in drum corps" for those interested in joining the Wyoming corps.