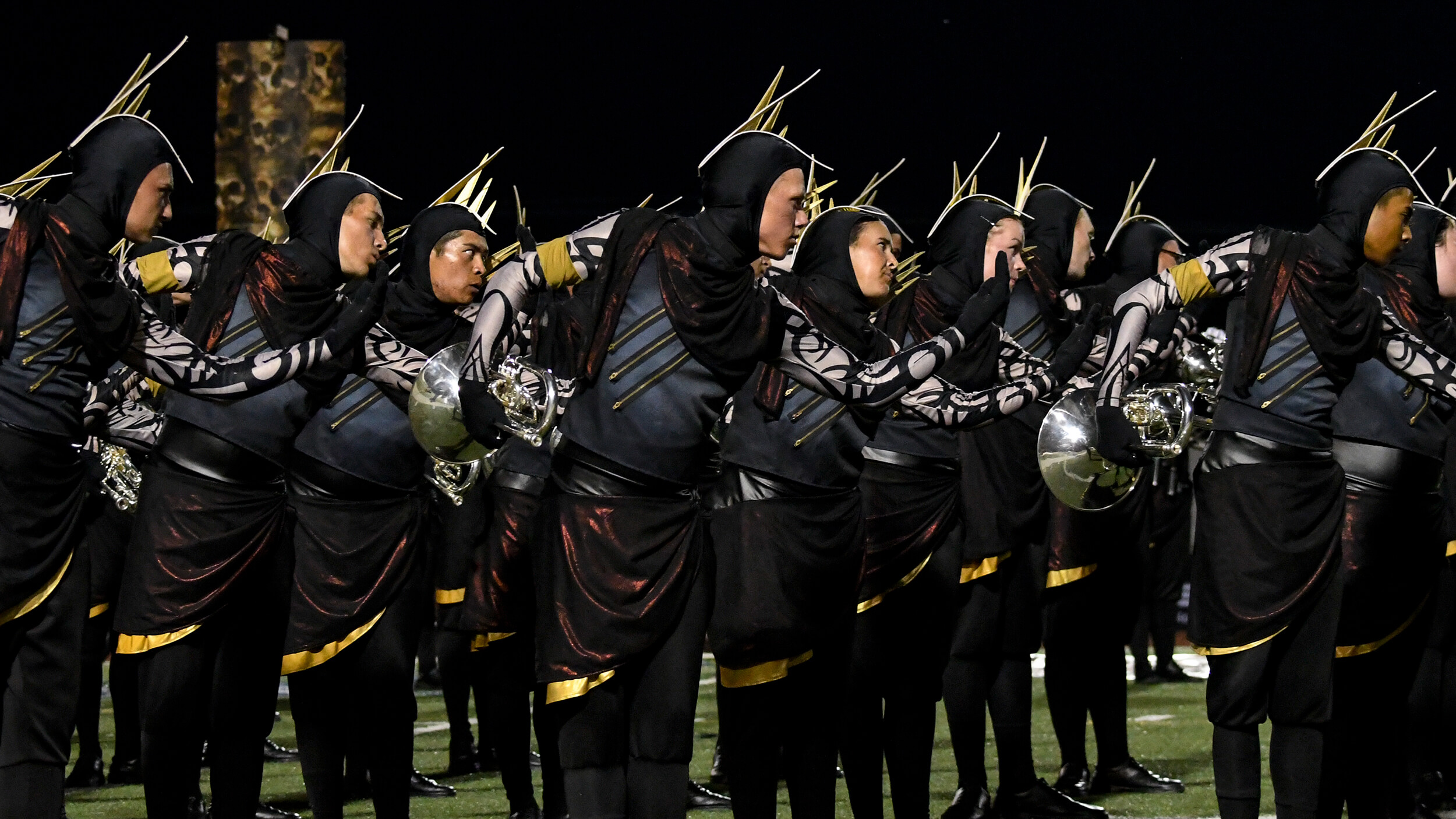 Members of 7th Regiment had the opportunity to interact with members of the New York-based band Lucky Chops, as part of the corps' virtual May rehearsal camp.

The Academy will host its 20th Anniversary Virtual Gala on Sunday, May 30 at 4 p.m. ET/1 p.m. PT. The hour-long celebration will take a look back at fan-favorite shows and moments from throughout the corps’ history, and will also feature artistic director Lindsey Vento revealing the corps’ 2021 production and uniform design for this summer.

The Battalion introduced the four members of the corps' drum major team. "This year's team is incredibly special and is absolutely the right fit to lead this corps out of our pandemic-related hiatus and back to the field," program director Mark Hartman said.

The Blue Devils’ BDX2021 Summer Intensive will take place June 21-23 at Murrieta Mesa High School in Southern California. The educational event is “designed to give you a taste of that it's really like to be a part of the family.”

Blue Knights are in search of a synthesizer player to join the corps for its 2021 summer season.

Bluecoats show designers participated in a panel discussion about the music and sound design of the corps' 2021 production, "Lucy."

Boston Crusaders drum major Calvin Householder invites you to join in on the corps' Giving Day 2021 fundraiser coming up on June 6.

In a final virtual performance before the corps resumes in-person rehearsal camps, The Cadets’ brass section paid tribute to fellow eastern corps, the 27th Lancers, with this arrangement of “Danny Boy.”

Colts drum major Alayna Verduyn walks you through one of the workouts she's been using to get in shape for the summer of 2021.

Colt Cadets this week saw the installation of stairs onto the corps' new equipment trailer.

Crossmen has open positions in the color guard section for the corps' 2021 summer season.

Genesis conductor Antonio Fox was recently featured in the news after earning a grant to organize a community meet and greet between his Killeen, Texas community and local law enforcement.

Golden Empire has spots open in all sections, with in-person rehearsal camps coming up on May 29, June 5 and June 12.

Guardians has need-based and merit-based scholarships for those interested in joining the corps for its 2021 summer season.

As the Florida corps eyes its return to Indianapolis this August, Heat Wave is still recruiting for all sections.

With openings in all sections, Impulse's next in-person rehearsal camp will take place Sunday, May 30.

Madison Scouts' final audition deadline for those interested in joining the corps for its 2021 summer season is June 1.

Mandarins were back in action this past weekend hosting their first in-person rehearsal camp in more than a year.

Pacific Crest is 60 percent of the way toward its fundraising goal of adding a van to the corps' vehicle fleet.

Raiders look back to the corps' 2007 trip across the country to the DCI World Championships in Pasadena, California.

Santa Clara Vanguard this week remembered the life and legacy of Art Velarde, a bass drummer who tragically lost his life traveling from a corps rehearsal camp in 1999.

See Spartans' color guard in action during an event that was part of the corps' series of educational workshops.

Spirit of Atlanta is recruiting musicians to join the corps' horn line for the summer of 2021.

Troopers has spots open in the corps' brass and color guard sections. Those interested in joining can send in a free video audition.