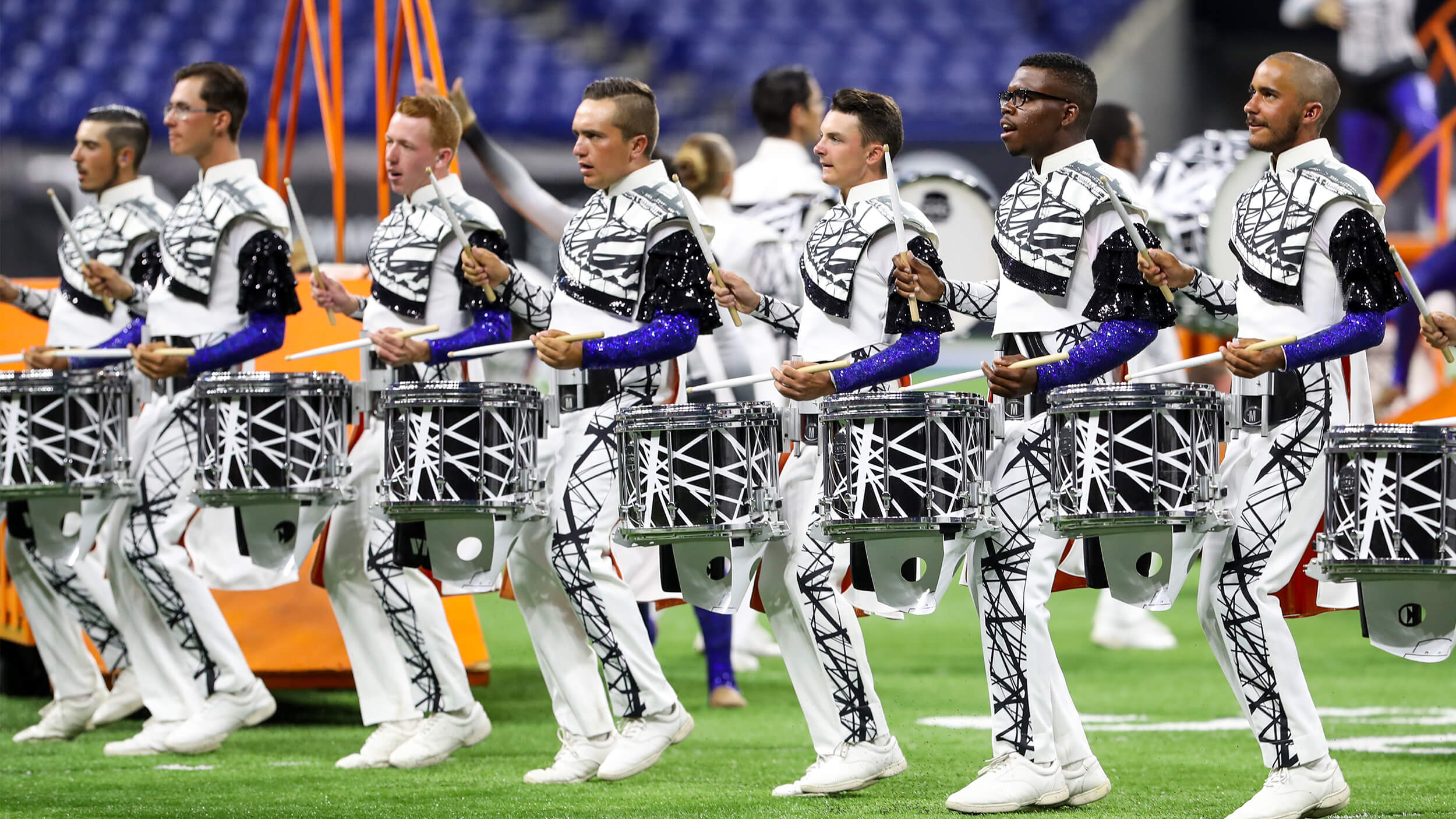 The AcademyPhoto by: Drum Corps International

Rehearsals are back in session for The Academy where "The Effort is the Prize."

This summer Blue Knights will host their second Run Along the Rockies Virtual 5K. The registration fee includes a printable race bib, T-shirt and medal.

Mark your calendars for July 30, when the Boston Crusaders' Concert in the Park event returns to the heart of Boston.

The nomination period to select the next inductees into The Cadets Hall of Fame opens June 27.

In a newly-posted video, get an inside look at Carolina Crown's ongoing "Project 21" to learn more about what's happening behind the scenes with the corps at Gardner Webb University.

The Cavaliers are still recruiting brass players to join the corps for its 2021 summer season.

Brass arranger Michael J. Miller talks about what's in store for the Colts this summer in a recently-posted Instagram Live interview.

Check out these snaps from the Columbians' recent return to the rehearsal field.

Mike Arena joins the Crossmen as the corps' newly-appointed corps director. "I'm so excited to come home to the corps where I had my DCI marching experience and work with the team here to ensure that Crossmen are a home for thousands of students in the years to come,” Arena said.

Genesis is actively recruiting volunteers to help the corps this summer.

Gold's next rehearsal and audition event will take place June 26 and 27 in Orange, California.

It's just over a month until Golden Empire's 2021 debut in California.

On National Hydration Day, Jersey Surf threw things back to 2008 when the corps did an entire run-through of its production performing on water jugs.

Madison Scouts' 2021 "Between the Lines" show shirt is now available to purchase.

"Move-ins" are underway for the Mandarins. Here's what the members of the Sacramento corps have been up to.

Music City has a number of spots open for trumpet players in addition to other brass musicians.

Pacific Crest mellophone player Luke Guthrie will be vlogging about his experiences this summer on the DCI Celebration Tour. Check out his introductory episode.

This year marks the 25th anniversary of Phantom Regiment's first DCI World Championship title. The corps is commemorating the milestone with a limited-edition line of merchandise.

Raiders will kick off their summer program on June 27 in Philadelphia. Here's how you can get registered to attend.

River City Rhythm has openings in its horn line for the corps' four-week 2021 summer season.

Spirit of Atlanta's "Sponsor A Meal" fundraising program is back for the corps' 2021 summer season.