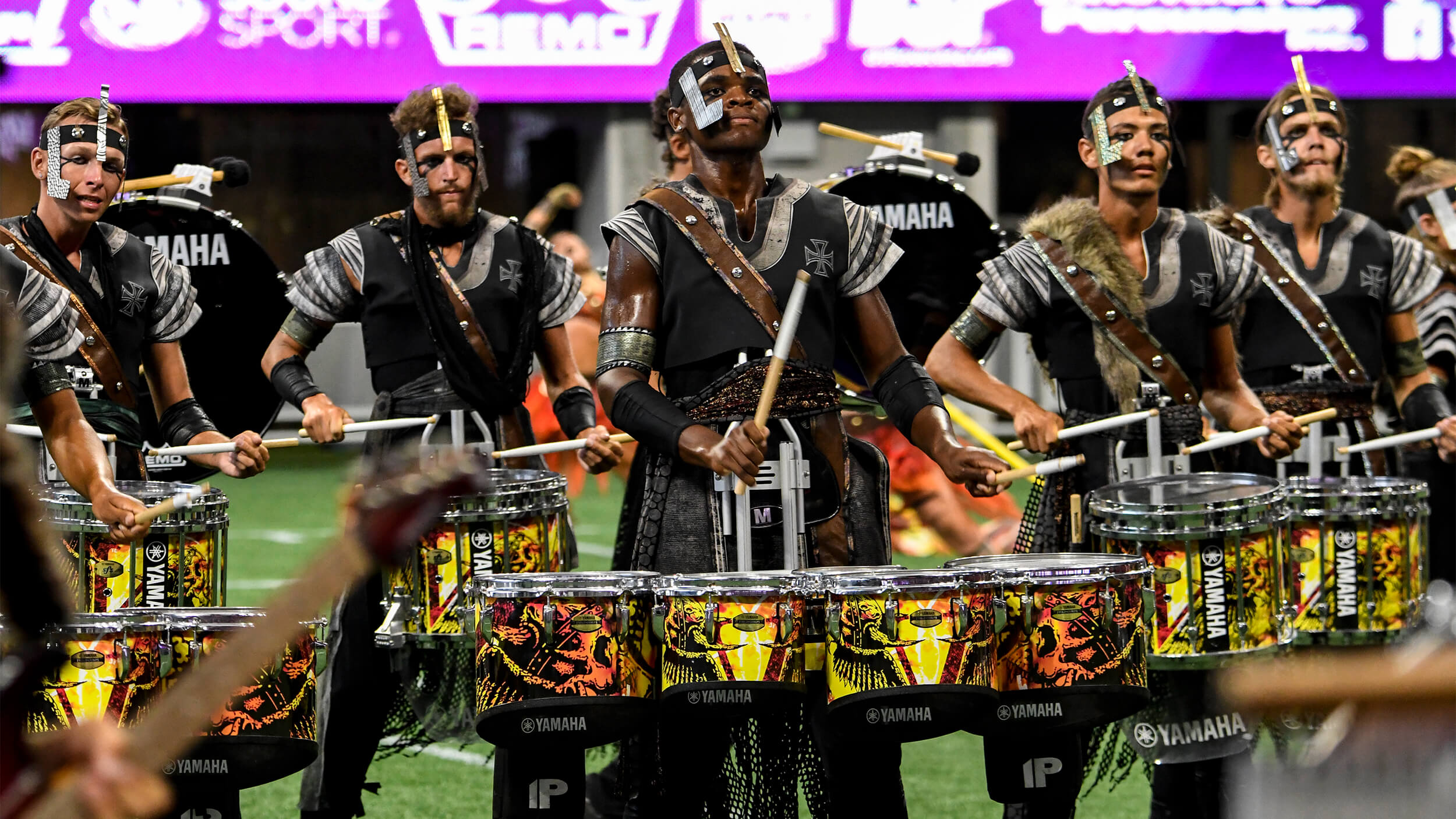 • Crossmen goes for checkmate with ’21 production
• Corps get back to the grind across the country
• “Vanguard Voices” celebrates Pride Month
• And more!

The Academy is building excitement toward the debut of new uniforms made by Fruhauf. This video shows how corps members reacted to seeing them for the very first time.

Members of The Battalion kicked off their 2021 summer season this week at Snow College in Ephraim, Utah.

Blue Devils members talk about what they're looking forward to most as the Concord, California corps eyes its return to the field in 2022.

Denver is once again rocking with the sounds of drum corps as the Blue Knights are back in session for their 2021 summer season.

The Blue Stars are moved in and ready to start their pre-season rehearsals in Forest City, Iowa.

As the Bluecoats moved into their pre-season accomodations in Marion, Indiana, the corps hosted a "#movingINBlue Telethon" to celebrate the restart of rehearsals in preparation for the corps' 2021 summer season.

BAC is back! Friday, July 2 marked the corps' move-in day to its pre-season rehearsal facility in Castleton, Vermont.

Check out these photos from the first days of The Cadets' 2021 spring training rehearsals.

The debut of Carolina Crown's "In My Mind" will take place as part of a live stream on FloMarching.com July 10 at 6 p.m. ET.

Here's what was on the schedule for The Cavaliers' first day of rehearsal in more than a year.

The countdown is finally at an end as the Colts get back to work in anticipation of their 2021 summer season.

The Crossmen revealed the title of their 2021 production, "Your Move," which will feature works by Pat Metheny, Hozier and Ilan Eshkeri.

Enough banana bread to feed an entire drum corps is an impressive sight.

Here's where you can see Gold perform this summer as part of the 2021 DCI Celerbration Tour and SoCal Series.

Tickets are no available for the SoCal Classic DCI Celebration Tour event coming to Duarte, California on July 25.

As the Madison Scouts officially get 2021 underway, the corps took one last look back to 2020 in episode 10 of the corps' "Behind the Fleur" video series.

Photos from Mandarins' "move-in" weekend show how things are coming together with the corps' 2021 production, "Beyond the Canvas."

It's about a week away until Music City gets its 2021 summer season underway, and the corps is still in search of three tuba players.

Before Pacific Crest gets the summer started later this July, the corps is hosting three educational summer camps for drummers, color guard performers and drum majors.

Phantom Regiment's new "Sectionals" video series will feature the different parts that make up the corps on Tuesdays and Fridays.

River City Rhythm is bringing drum corps back to Minnesota this summer with a DCI Celebration Tour event on August 5 in Rochester.

Episode eight of the "Vanguard Voices" video series celebrated the end of Pride Month by featuring the stories of three alums who shared how the drum corps activity played a part in their coming out experience, the progress they've witnessed in each of their generations, and how important the marching arts can be when it comes to visibility for the LGBTQ+ community.

The Spartans are just over a week away from the start of their summer series of educational workshops.

The sweet sounds of drum line warm-ups are back in the air for Spirit of Atlanta.

The Troopers are coming! The corps will soon be back in action in the corps' hometown of Casper, Wyoming.