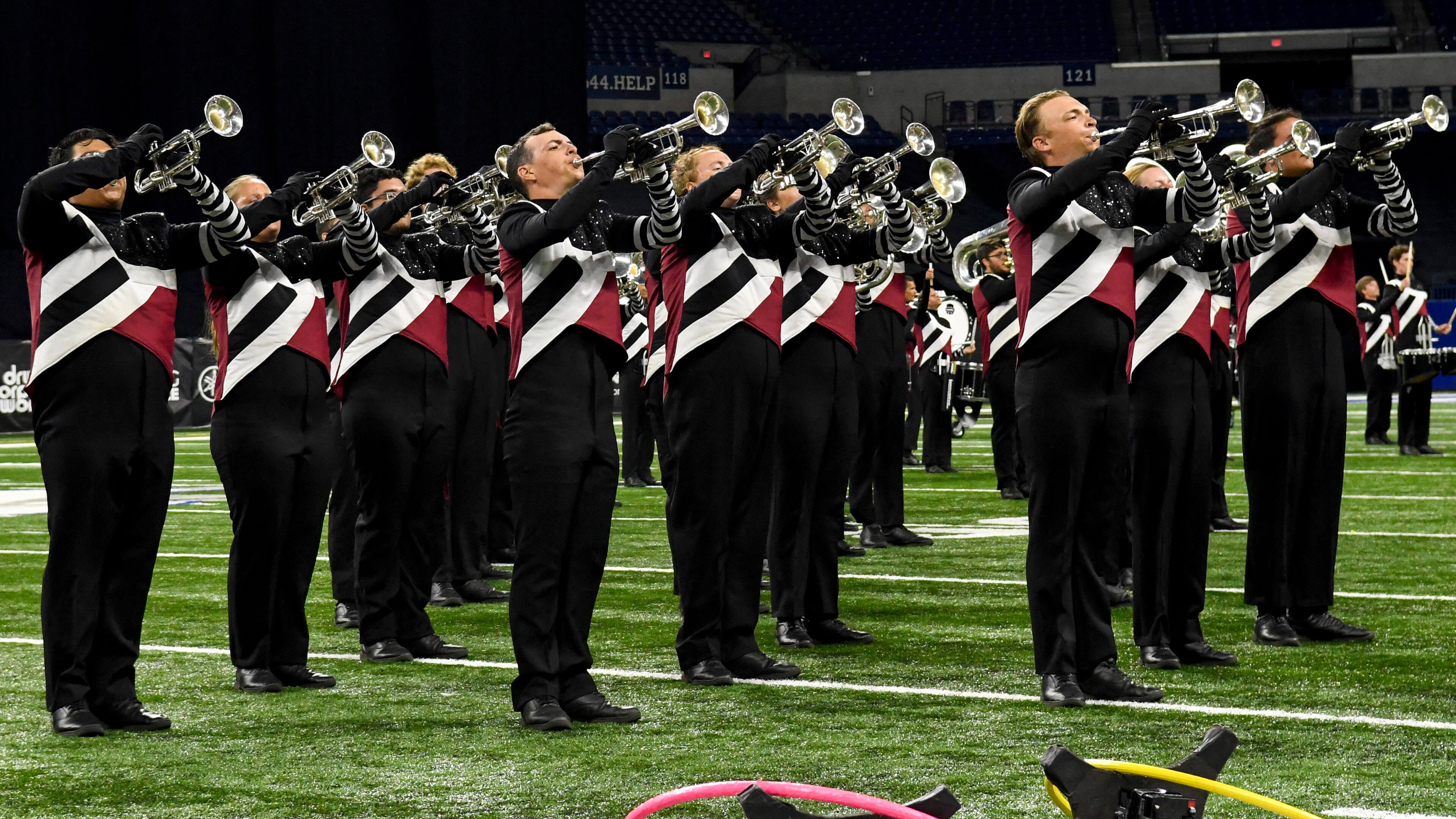 Missouri-based color guard auditions are for The Academy are taking place this Sunday, November 21 at Oakville High School from 10 a.m. to 3 p.m.

Check out what it's like to be a member of the Blue Knights during the corps' BKXperience camp in Denver, November 19-21.

Blue Stars' first audition camps of the 2022 season are set for Houston and Indianapolis, November 21. Both camps will run from 9 a.m. to 5 p.m. local time.

In preparation for the holiday season, the Boston Crusaders are offering ornaments featuring branding from their 2021 production, "Zoom."

Walk-ins are welcome at The Cadets' 2022 audition events, including November 19-21 in Salem, New Jersey.

This week, Carolina Crown welcomed Jim Williams — a longstanding Crown board member — to the position of Chief Operating Officer. "I am absolutely thrilled to work alongside some of the most talented and caring folks I’ve ever known, and finally engage my passion full-time," Williams said.

In preparation for the holidays, pick up The Cavaliers' limited-edition holiday shirt while it's still available, through November 21.

Colts' first audition camp is fast approaching. Register to join the "Red Team" for its camp November 26-28 in Dubuque, Iowa.

It's always a "bones day" with Crossmen; the San Antonio corps invites you to celebrate by registering for one of its upcoming audition eXperience Camps.

Gold invites followers and fans to support the corps' instrument campaign in preparation for Giving Tuesday on November 30.

The Florida corps' December audition experience camp is coming up in just a few weeks, set for December 11 in Ocala, Florida.

As Giving Tuesday nears, Impulse encourages fans to do their "little bit of good" this holiday season.

Jersey Surf will offer three upcoming DCI Experience Events, as well as video auditions for those unable to attend the corps' in-person auditions.

The Louisiana Stars opened up their 2022 audition season this past weekend in Brusly, Louisiana. Check out photos from the season's inaugural camp.

A handful of Madison Scouts alumni were involved with Bands of America Grand National class champions this past weekend in Indianapolis.

Mandarins introduced the members of the corps' brass instructional team, who will be led in 2022 by Rick Brown and Bryen Warfield. "Building on the strong legacy of excellence that has been here, we plan on taking the brass program to new heights," Brown said.

With a $20 registration fee, Phenom offers prospective members audition materials, tips, T-shirts, the opportunity to audition for the corps in 2022, and more.

Saturday, Raiders will continue their 2022 audition season with a DCI Experience Day in Avon Grove, Pennsylvania.

River City Rhythm invites fans to support their "Give to the Max" campaign, with the goal of raising $10,000 in need-based scholarships, instruments and equipment.

Check out photos from Vanguard's first audition camps for 2022, held in Houston and Austin, Texas.

Seattle Cascades invites interested performers, with a focus on cymbal players, to audition for the corps Sunday, November 21, in Kelso, Washington.

In celebration of National Drummer Day, Troopers shared a Percussive Arts Society story on DCI Hall of Fame member Fred Sanford, who got his start with the Casper corps.

Vanguard Cadets introduced its 2022 design and educational staff, including the return of Rob Ripley as the corps' program coordinator.