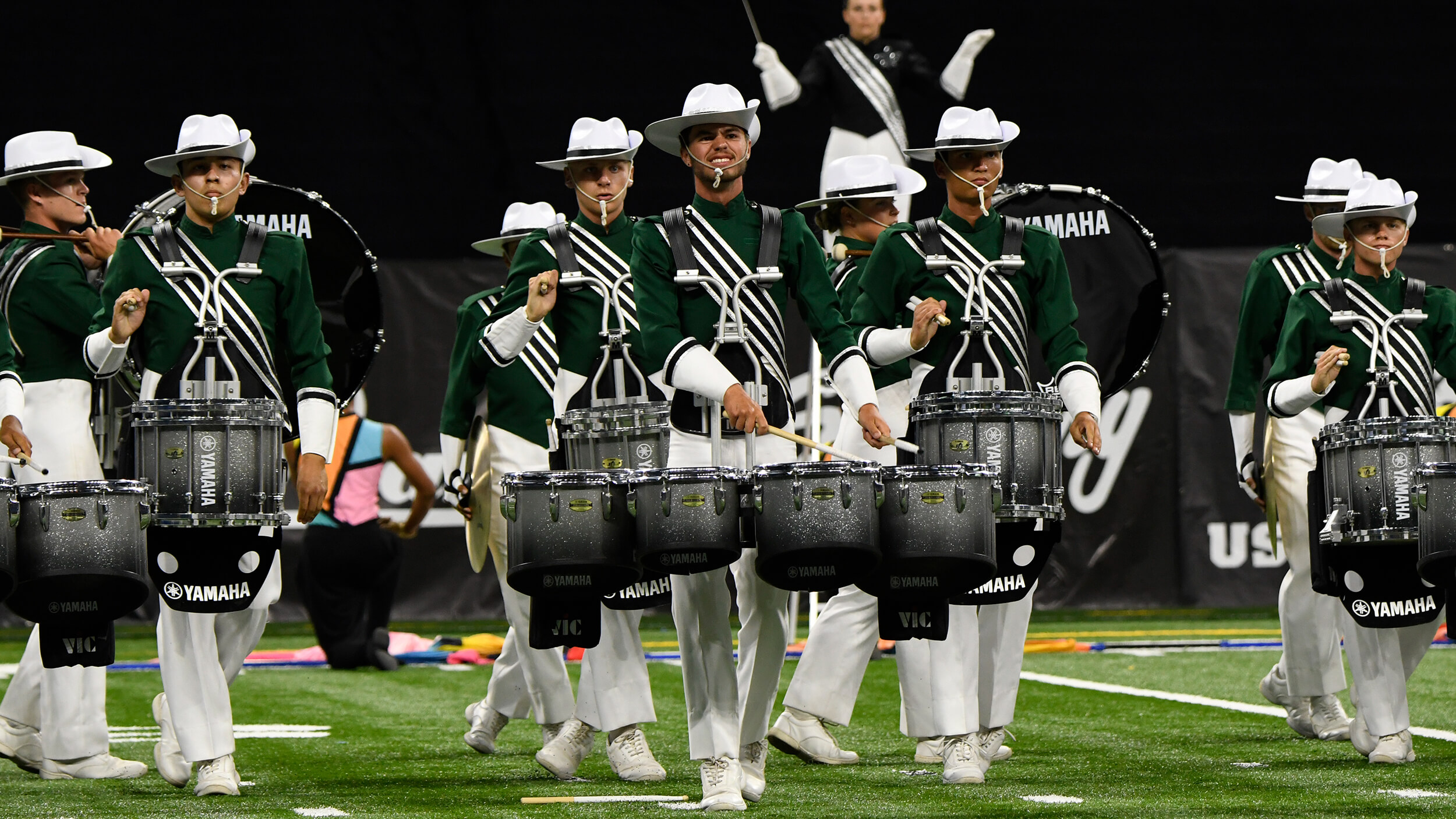 Get involved with 7th Regiment this summer; the corps has openings for most sections in its corps, as well as various administrative jobs.

You can donate to Blue Knights' current fundraising campaign for a new equipment trailer.

Boston invites folllowers to save the date for Giving Day, set for May 22. All donors of $500 or more will have their name featured on the corps' new equipment truck.

The Allentown corps is in search of a lead cook to join its team for the 2022 season.

Carolina Crown has an immediate opening for the position of met runner. Applicants must be 18 years or older and available May 21 through August 13.

Colts member CJ Parker was featured by Marching Arts Education, and was recently interviewed by MTV News. The corps will be utilizing one of his songs as an encore piece in 2022.

Crossmen announced its plans to spend 2022 spring training on the campus of Kansas Wesleyan University.

Genesis announced a new partnership with G2 Performance as its official uniform supplier.

Gold is selling a variety of equipment from its indoor percussion ensemble, including battery percussion instruments, props, costumes and a floor tarp.

Guardians is currently accepting video auditions for its 2022 cymbal line. In-person auditions will be available at the corps' May camp.

Members of Heat Wave had a blast at the corps' second April rehearsal camp.

Jersey Surf its hosting its 2022 April rehearsal camp, April 29 to May 1 in Delran, New Jersey.

Legends' final round of video auditions is due April 30 at 9 a.m. ET.

Check out photos from Les Stentors' April rehearsal. The corps' next camp is set for May 6-8.

Pacific Crest will host auditions for brass and color guard performers at the corps' April Camp in Diamond Bar, California, April 29-May 1.

Phantom Regiment invites percussionists of all experience levels to learn from the corps' staff at its upcoming training opportunities.

River City Rhythm is set to perform as the honor unit in this summer's Vikingland Band Festival.

Southwind has openings in all sections. The corps' next rehearsal camp is set for May 6-8 in Mountain Brook, Alabama.

The New Hampshire corps is seeking a food service coordinator to manage its food operations for the 2022 season.

In honor of National Volunteer Month, Troopers offered a shoutout to the many volunteers that have made the corps' operations possible.

Vessel is set to host a round of auditions April 30 and May 1 at San Dimas High School in San Dimas, California.

Interested participants can audition for Watchmen, May 7-8, at Bloomington High School in Bloomington, California.