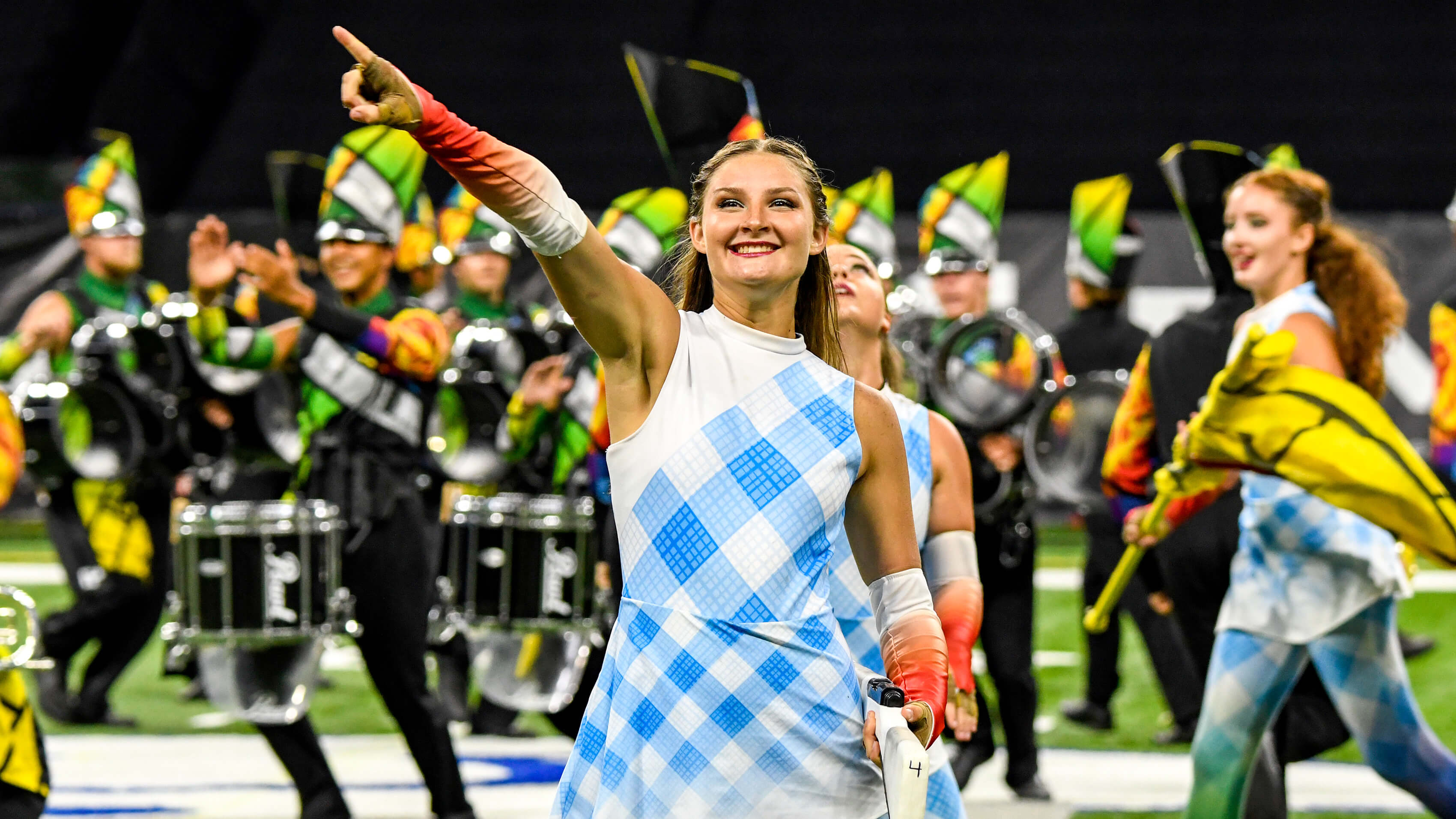 • A quartet of 2022 show reveals
• Southwind takes the wraps off refreshed food truck
• Scouts establish new scholarship fund in the name of founding director
• And more!

Brass performers can audition for free at 7th Regiment's May rehearsal camp, scheduled for May 21-22 in New London, Connecticut.

Drum corps fans in Arizona can get a sneak peek at what The Academy has in store at the corps' Memorial Day picnic and season preview, May 30 at Estrella Foothills High School.

Take a look at the Utah corps' list of remaining open positions for 2022. Prospective members can audition at the corps' May 27-28 rehearsal camp at Salem Hills High School.

Blue Devils Performing Arts' Diablo Wind Symphony will be hosting its final concert of the 2021-22 season May 22 in Walnut Creek, California.

Blue Devils B announced the title of its 2022 production, "I Am." "This show is designed to provide a positive and relatable message for our membership as they return to the field after a long hiatus,” said Blue Devils B program coordinator Chris Carrasco.

Meet Blue Stars' member leadership team, featuring more than a dozen student leaders across all sections in the 2022 corps.

Bluecoats announced an exclusive partnership with FLASH Visual Media as the corps' provider of flags, tarps and other digitally-printed assets.

The Boston corps is preparing to announce its 2022 production as part of its online Giving Day celebration, Sunday, May 22.

The Cadets are in search of a lead cook for the corps' 2022 on-tour culinary team.

Take an inside look at Carolina Crown's April rehearsal camp at Catawba Ridge High School in this video feature.

The Cavaliers are seeking to add a semi truck driver for the corps' 2022 summer season.

The Iowa corps is actively seeking volunteers to support its 2022 summer tour.

Learn more about Colt Cadets' May rehearsal camp, scheduled for May 20-22 in Dubuque, Iowa.

Crossmen invites fans and supporters to volunteer at the DCI Southwestern Championship in San Antonio, July 23.

Programmed as a continuation of the Texas corps' 2021 "Wizard of Oz"-inspired production, Genesis announced the title and theme of its 2022 show, "Dorothy."

The Florida corps is seeking interested keyboardists, electric guitarists and bass guitarists to join the corps for 2022.

Legends currently has openings for cymbal players in its 2022 corps. Video auditions are due by May 23.

The Louisiana corps invites any and all color guard performers to audition at the corps' May rehearsal camp, May 27-30 in Brusly, Louisiana.

The Madison Scouts have established a $50,000 annual scholarship program in honor of the corps' founder and longtime director C.H. Beebe. “I am so excited to help launch the C.H. Beebe Scholarship fund and establish a new level of tuition support for members of the Madison Scouts,” said Rowan Sbaiti, a Scouts alum who helped provide the seed donation to start the fund. “My experience as a member was instrumental in who I am today."

Music City is in search of a few more color guard performers to join its 2022 corps.

Brass and color guard members can submit a free video audition for Pacific Crest with the code "dci22fill."

As part of its "Phan-A-Thon" virtual fundraising event, Regiment announced the title and music selections for its 2022 production, "No Walk Too Far."

Seattle Cascades invites those interested in participating in the corps' alumni ensemble to join a private Facebook group.

Meet Spartans' 2022 horn sergeant, Kurt Warnick. Warnick has been a member of the New Hampshire corps since its World Championship-winning season in 2019.

Troopers is offering free video auditions as the corps seeks to fill out its few remaining positions.

Watchmen is hosting auditions May 21-22 in Bloomington, California. The corps has openings in all sections.