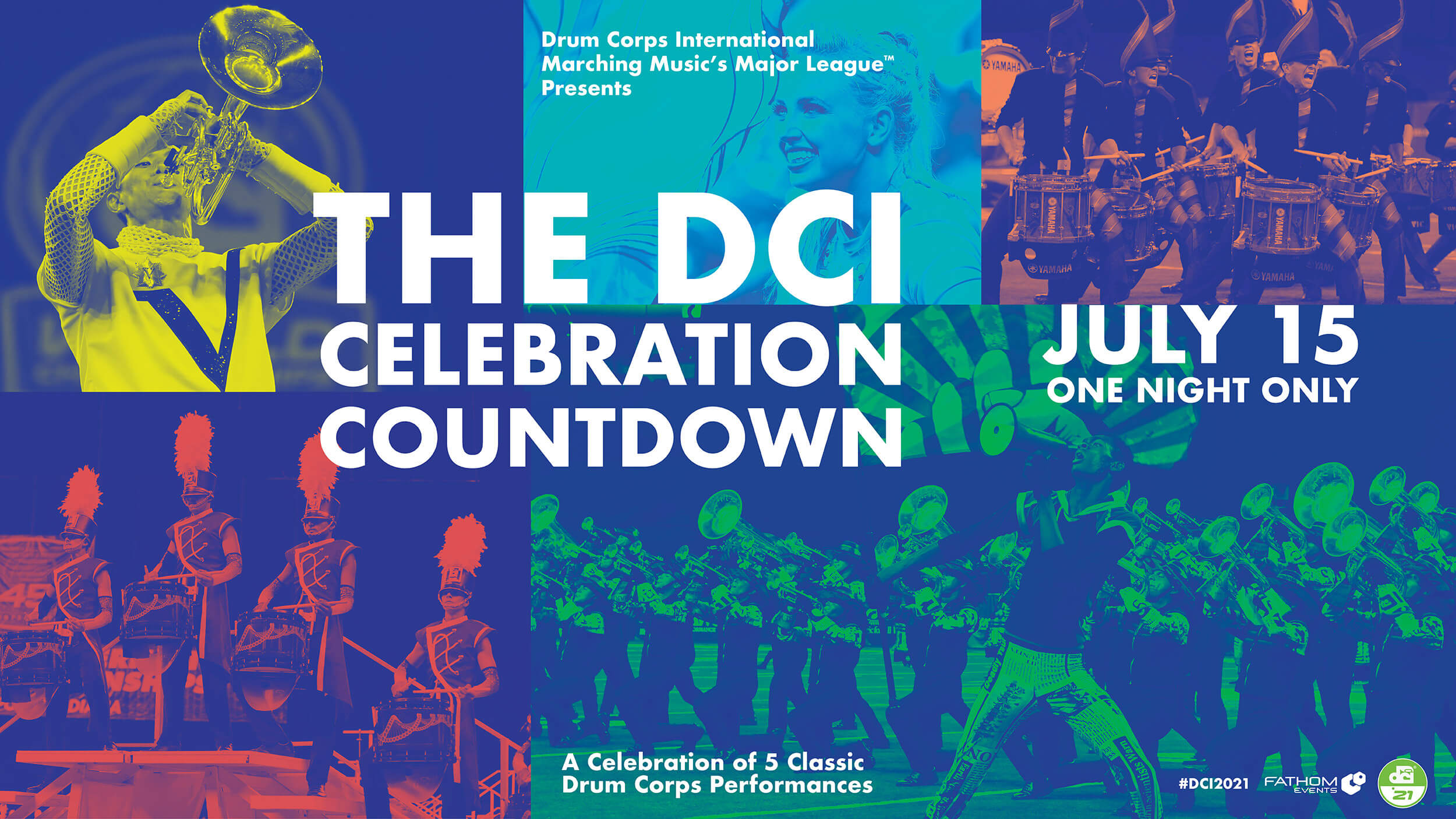 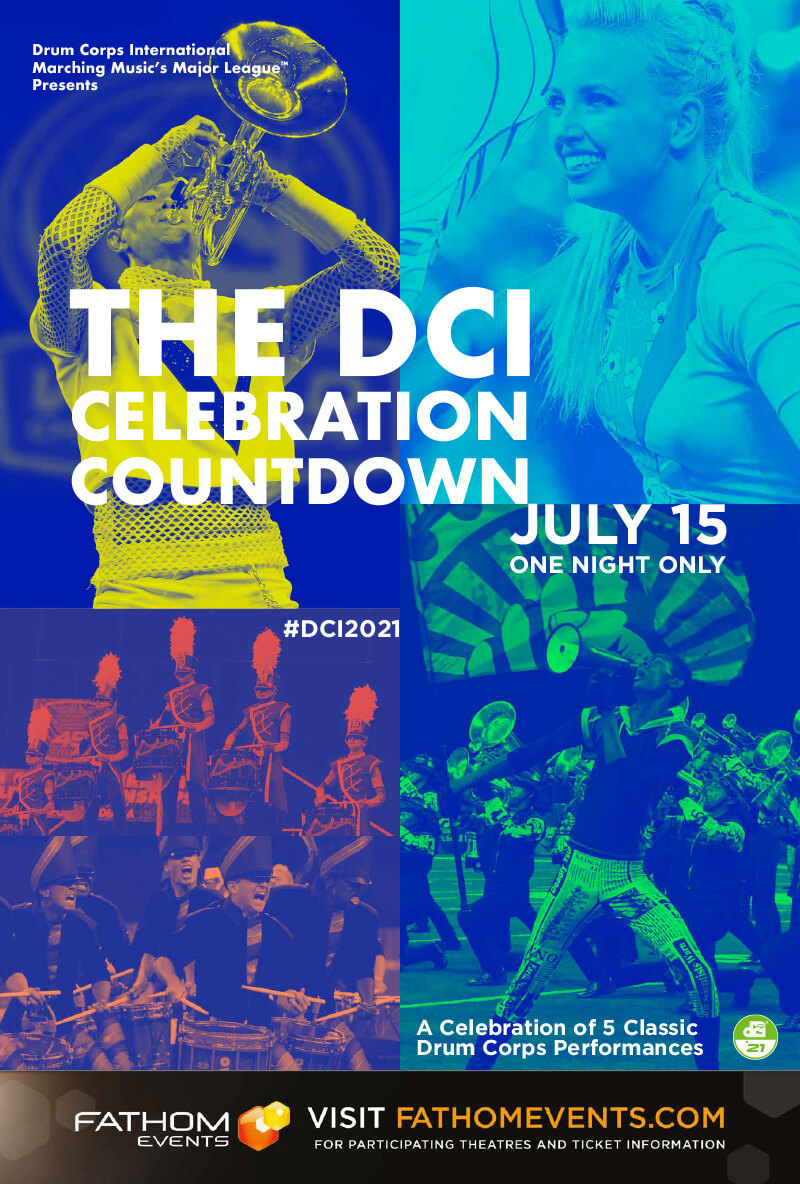 Drum Corps International will march back into theaters nationwide this summer with “The DCI Celebration Countdown.”

Additionally interspersed between the performances, attendees will see live spots with broadcast hosts from the 2021 spring training site of the Bluecoats, in addition to pre-recorded up-to-the-moment rehearsal camp updates from several other groups that will appear at DCI events this August at Indianapolis’ Lucas Oil Stadium.

Fathom Events and DCI will present “The DCI Celebration Countdown” on Thursday, July 15, live at 8 p.m. ET/7 p.m. CT and tape-delayed 7 p.m. MT/8 p.m. PT. The program is expected to be shown in more theaters than ever before at some 720 locations across the country.

Tickets for “The DCI Celebration Countdown” will be available at FathomEvents.com and participating theater box offices beginning Friday, June 4.  (Theaters and participants are subject to change).

"We are proud to continue our longstanding 17-year partnership with DCI,” Fathom Events CEO Ray Nutt said. “Movie theater audiences coast-to-coast always enjoy the exhilarating DCI programming, and we are pleased to present this celebration featuring a look towards the 2021 season and top performances from the past six years.”

“We are thrilled to have the opportunity to once again set the stage for the world’s greatest marching music performers,” DCI CEO Dan Acheson said. “The ‘DCI Celebration Countdown’ will be the perfect way to launch an exciting summer of incredible performances.”