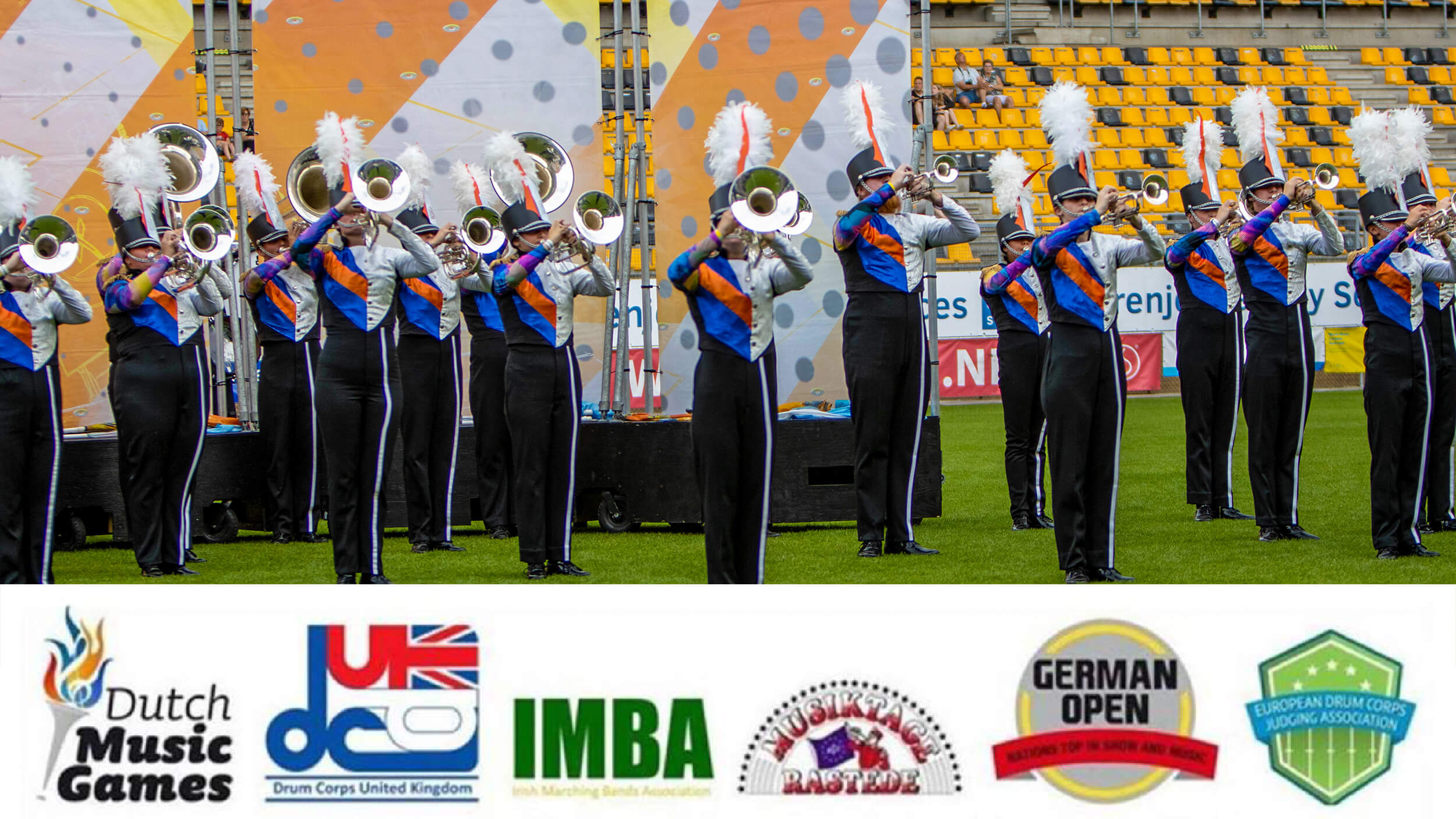 Jubal of Dordrecth, The Netherlands, will be one of a number of ensembles performing at the 2022 European Drum Corps Championships Saturday, September 24.

In a reemergence from COVID-related shutdowns, musical ensembles from across the European Union will face off this weekend as part of the 2022 European Drum Corps Championships in Dordrecht, The Netherlands.

After the Drum Corps Europe organization discontinued activities in 2020, fellow Euro marching music organizations including the Dutch Music Games, Drum Corps United Kingdom, Irish Marching Band Association, Rasteder Musiktage, and German Open in collaboration with the European Drum Corps Judges Association, banded together to plan this championship event, which will mark the first since 2019 prior to COVID shutdowns.

“COVID-19 has taken its toll in a great many disciplines, unfortunately also in the European drum corps scene,” said Hans Kloppert, event host of the 2022 European Drum Corps Championships. “Originally Drum Corps Europe had major plans for another championship in September of 2020, which for obvious reasons were never organized.

A total of 14 corps from five different nations will take the field in competition at the Saturday, September 24 event hosted at FC Dordrecht - Stadion Krommedijk/Riwal Hoogwerkers Stadion. Also a new introduction to the event, Drum Corps International’s DrumLine Battle will play a role in European championship festivities.

“We’re disappointed to be without a pair of leading British corps, Kidsgrove Scouts and The Company, who stopped their activities indefinitely earlier this year,” Kloppert said. “However, we’re excited to have many other units back in action.”

“This year’s Championships can be seen as a bridge between the COVID shutdown, and hopefully an even fuller and bigger season in 2023,” Kloppert said.

Tickets for the 2022 European Drum Corps Championships are now on sale online. Event organizers are also assessing the feasibility of livestreaming the competition online. Additional information will be posted on the event website on the day of the event.