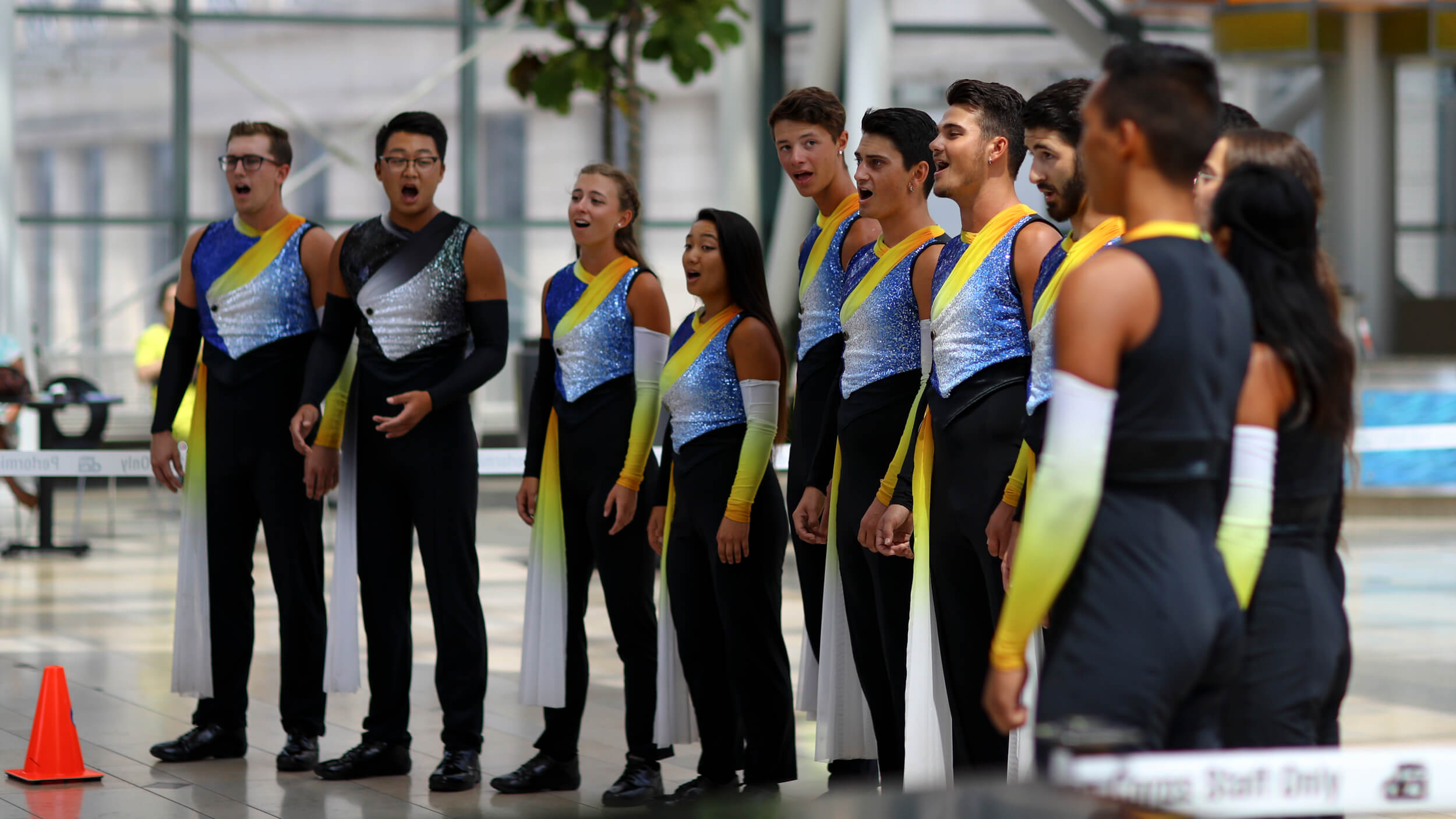 INDIANAPOLIS, Ind. — The unofficial start to the DCI World Championships again went off with a bang Wednesday, giving downtown Indianapolis a small, unique taste of drum corps before the activity overtakes the Circle City during the next three days.

The performances — staged at both the Indiana Convention Center and the Indianapolis Arstgarden — showcased a wide variety of musical and visual performances, featuring anything from snare drum solos to vocal and woodwind performances.

The Artsgarden, a glass-domed structure suspended above the intersection of Washington and Illinois Streets, featured vocal and visual presentations. 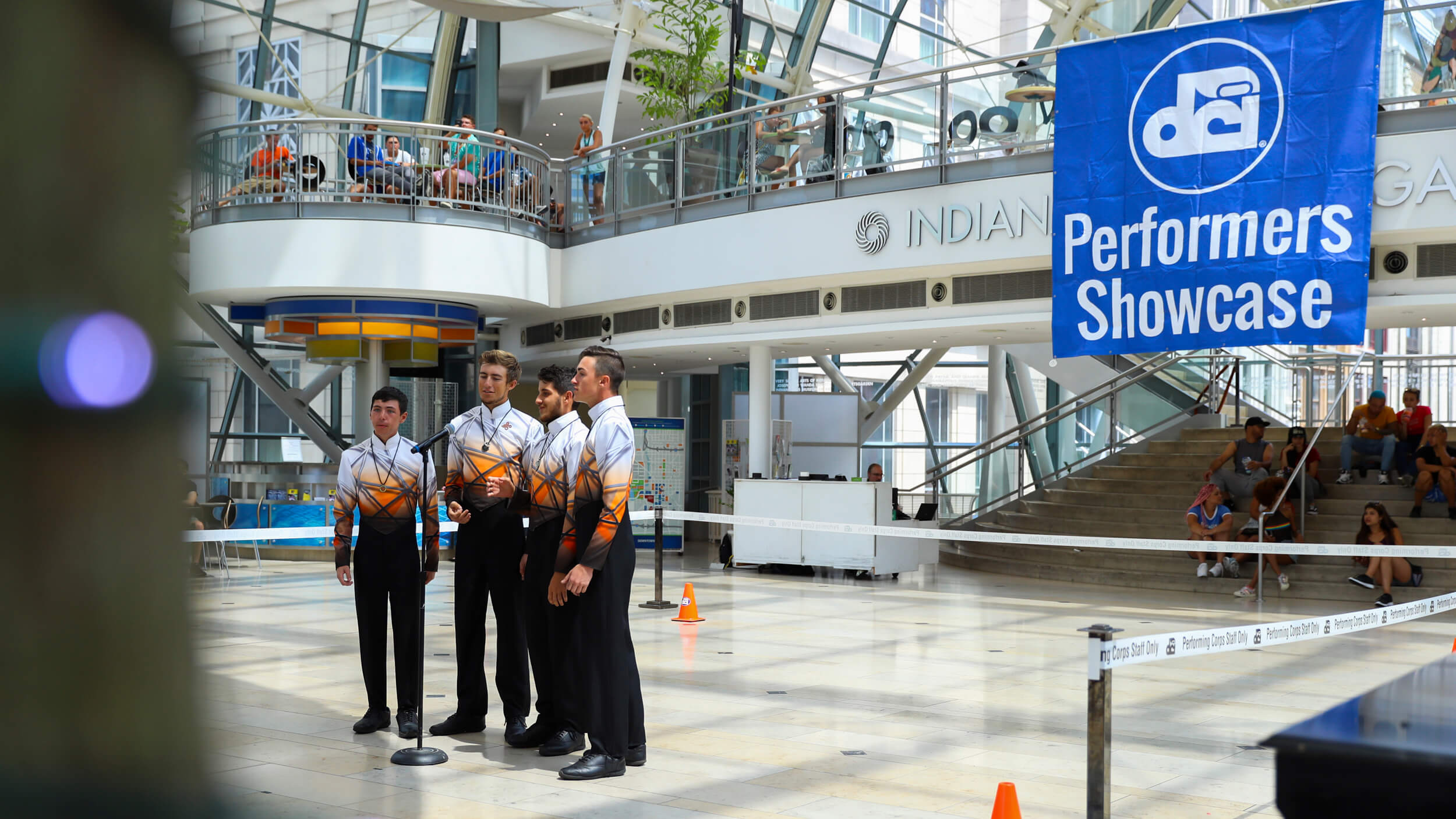 Members of Southwind perform at the Indianapolis Artsgarden.

Mark DeFrances, a Blue Devils brass player, who sung in the Concord, California corps’ vocal group, The Concord Voices, was awestruck to sing in a cathedral-like venue.

“This is really pretty,” DeFrances said. “This is my first time actually performing here, it’s a great place to do it.”

DeFrances attended the event for the first time Wednesday. For the past three years, as a member of The Academy, he had always been rehearsing on the Wednesday before Prelims, unaware that something as unique and awe-inspiring existed in DCI.

“I didn’t even know about the Performer’s Showcase but this is great,” he said. “They were asking for people to audition and I was like ‘I sing, I sung in high school,’ so here I am.”

In three separate halls at the Convention Center, solo percussionists, brass players and small ensembles packed in to deliver their one-of-a-kind performances. RaiKwon Green, a snare drummer, was one of multiple members of Louisiana Stars’ percussion section to present an original solo.

He broke out of the percussion room’s double doors with his stand in one hand and score in the other, appreciative of the opportunity to break away from his corps for a once-in-a-lifetime event. 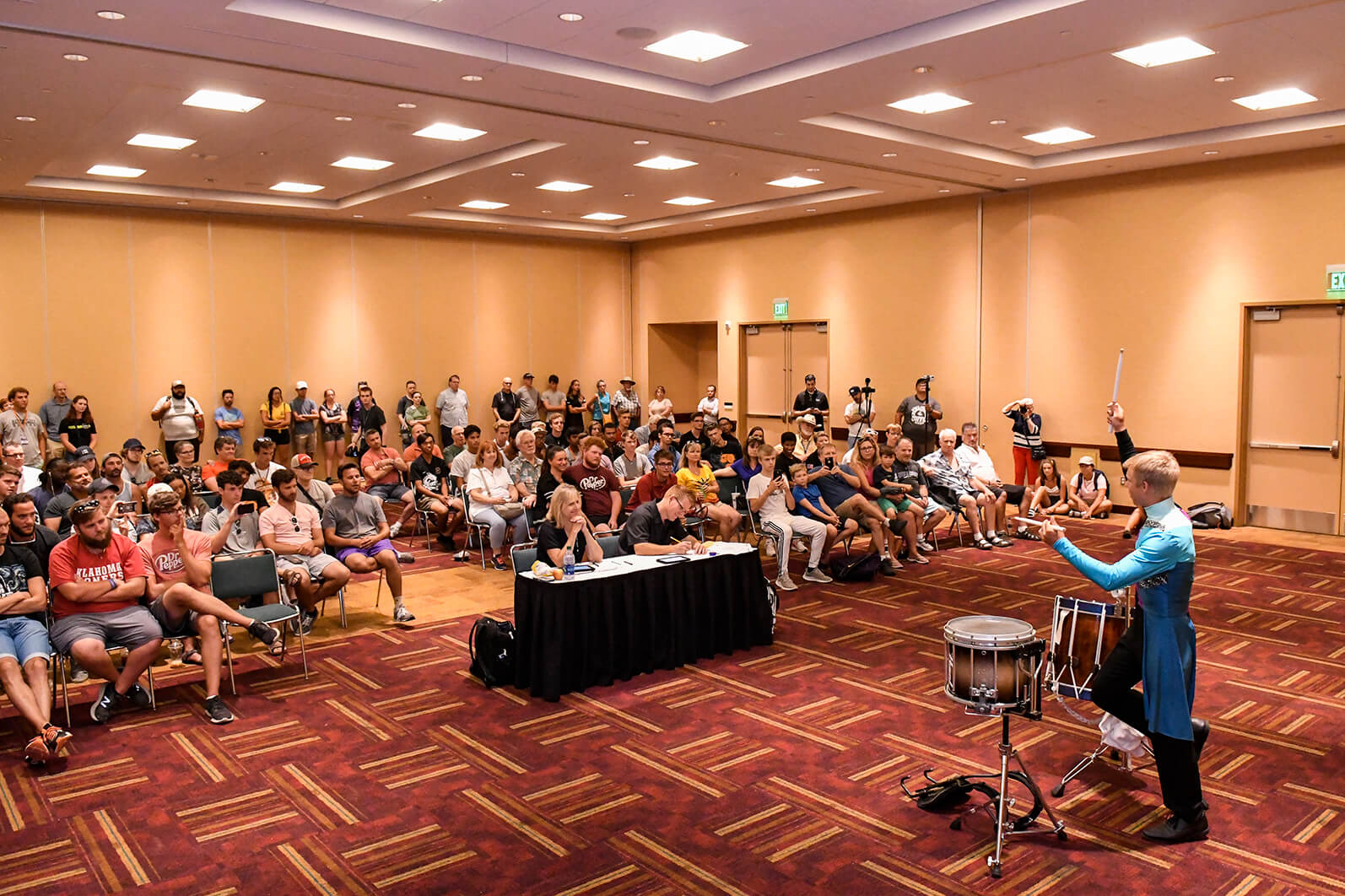 “It’s a good moment,” Green said. “It’s a sense of accomplishment because I’m in an Open-Class corps and we did some amazing things, and it’s just a time to step away and represent the corps in a positive way.

“Coming from where I do in Louisiana, there’s a lot of people who don’t take music very seriously, like I do,” Green said. “So it’s very sentimental to represent a group with something I enjoy doing.”

On Thursday, Green will trade out the convention center room for Lucas Oil Stadium — the dozens of chairs replaced with more than 70,000 seats. And just as he has all season, Green will march with the Louisiana Stars and perform their well-rehearsed show.

Wednesday, though, allowed Green to showcase his personal skills, an avenue to unleash his creative juices.

“I started watching drum corps in middle school and the first thing I saw was snare solos,” Green said. “I originally wrote a solo for the summer and then when move-ins started I was like, ‘I don’t know if I like this solo so much.’

“So I decided to rewrite it as the summer went on and as ideas popped into my head I wrote them on a manuscript pad. I literally changed some parts a few days ago. It’s a fun experience.”