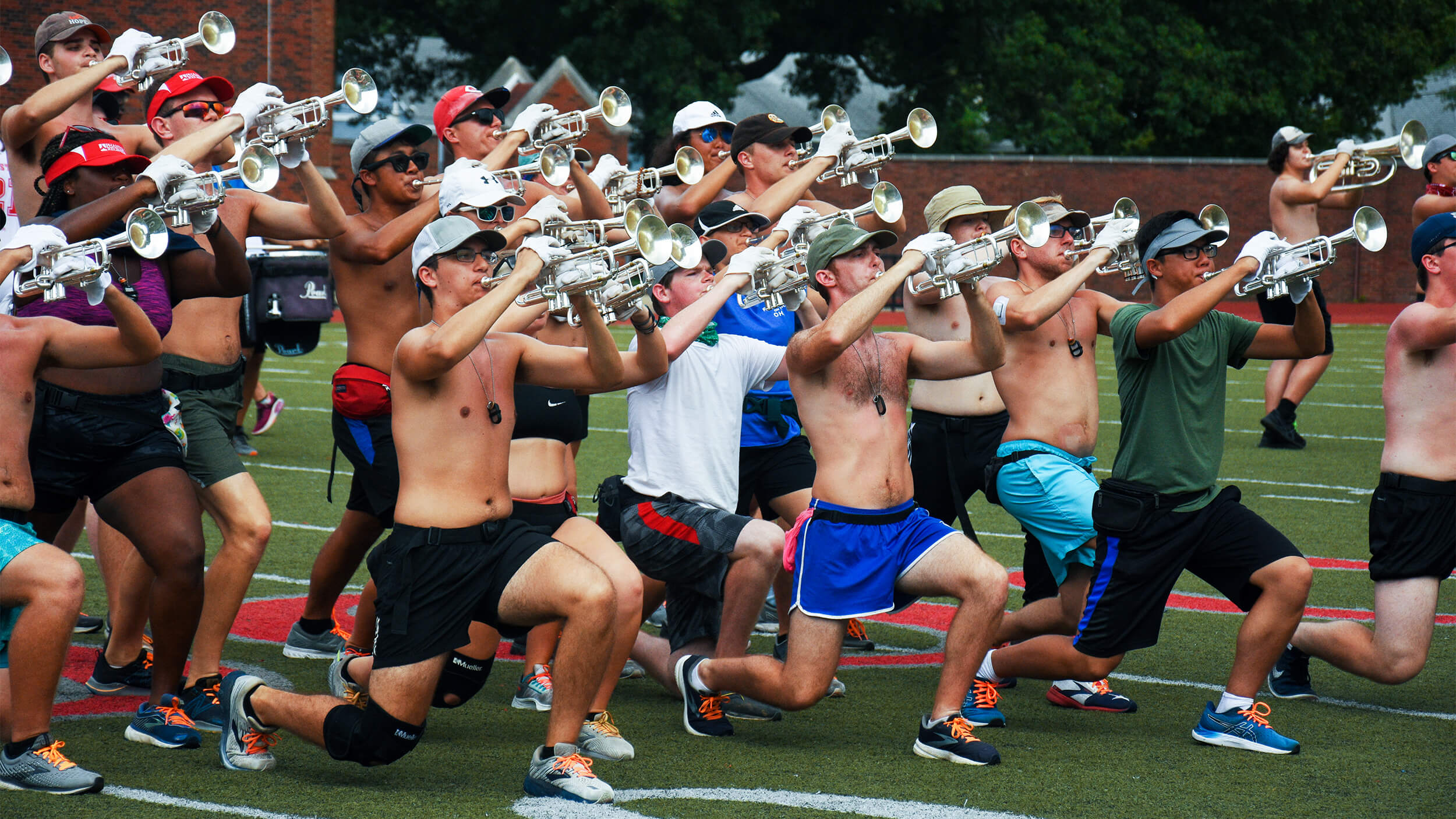 Across the drum corps landscape, spring training rehearsals are just a little bit different this year.

For one—the obvious—it’s not Spring. Drum corps across the country have just gotten back to the practice field, and it’s already the dog days of the summer.

Arguably, if anything, the excitement level among the Rockford corps is even greater than a “typical” year.

But of course, can you blame them? Like every other drum corps, it’s been more than 20 months since Phantom Regiment’s members were all together, all enjoying the highs, lows and in-betweens of the daily-grinding summer season. 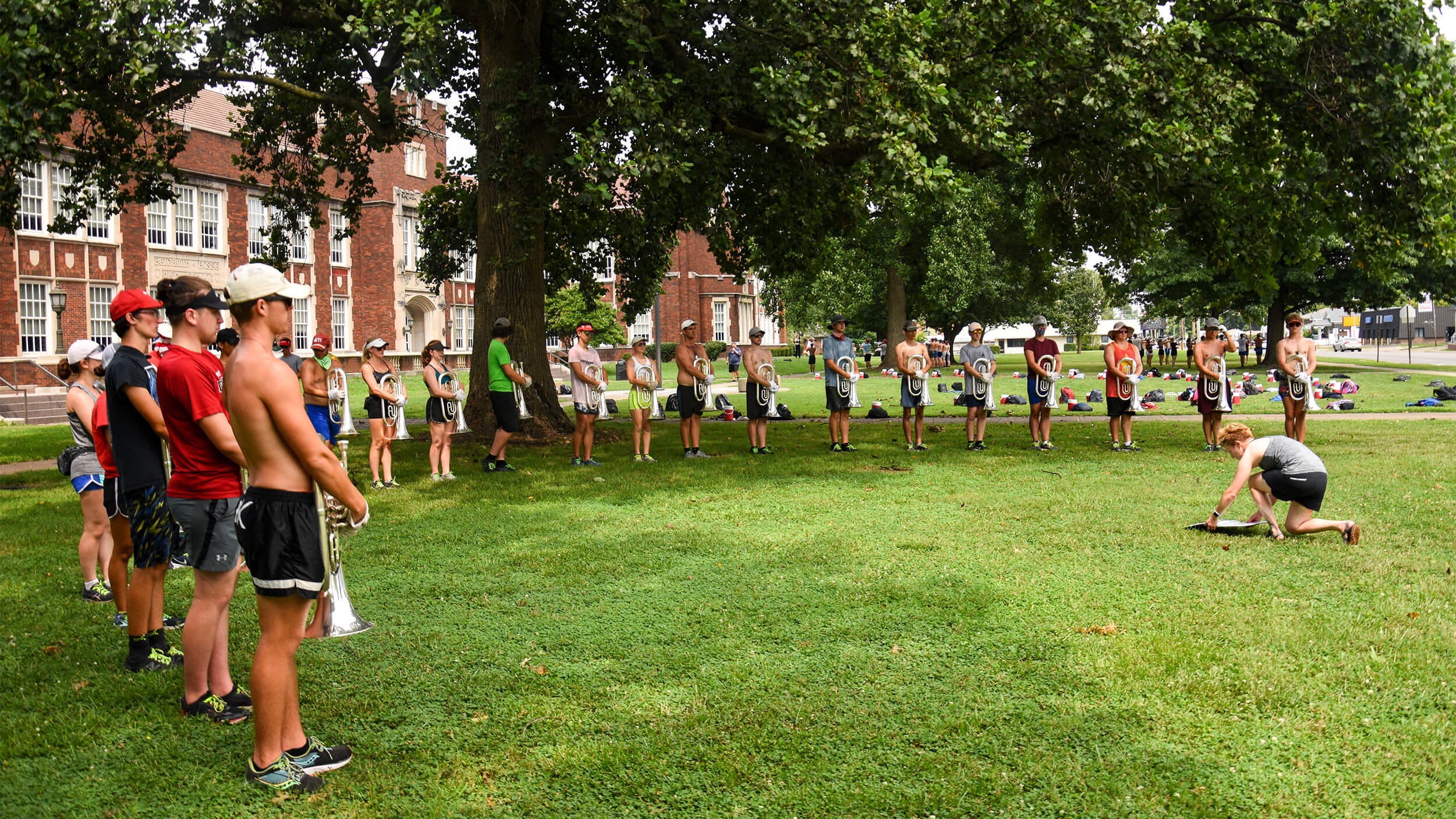 The time off, though, coupled with the abnormally high “Spring Training” temperatures, has presented its fair share of challenges. Needless to say, getting back into the swing of drum corps all-days has taken some adjusting.

“It's a little bit more difficult to deal with the environment that we're in,” Hall said. “But then to watch the membership push right through it and get stronger and stronger; it's going to elevate us a lot faster than normal.”

But according to conductor Geneva Le, the thrill of performing for the first time in more than 700 days is more than enough push to keep the corps’ members motivated.

“Eventually, it becomes incredibly worth it,” she said. “The hardest part about this first part of the season and spring training in general, is that you can't see that until it's time. And especially in the middle of July, it's really hard to keep holding that carrot in front of everybody, but I think people are trusting each other that that carrot is going to come. It's going to be well worth the wait and all the effort.”

It certainly helped that the Rockford corps had a rigorous regimen in place to prepare members for the transition into everyday rehearsals.

There’s only so much you can do to simulate the physical demands of all-day outdoor drum corps practices, but through various cardio and conditioning requirements, Phantom Regiment did about as much as it could have to be primed and ready for “move-ins.”

“We had an exercise program online, every single day for about a month and a half, or two,” Regiment snare drum section leader Sean Anderson said. “I've been outside working out every day leading up to this, but being out here for 14 hours is a little bit more extensive.”

If there’s one thing Le has noticed, though, it’s not just that her corps is continuing to push; they’re pushing back.

She’s seen a clear and undeniable response from the members to the direction, feedback and motivation of the corps’ instructional staff. 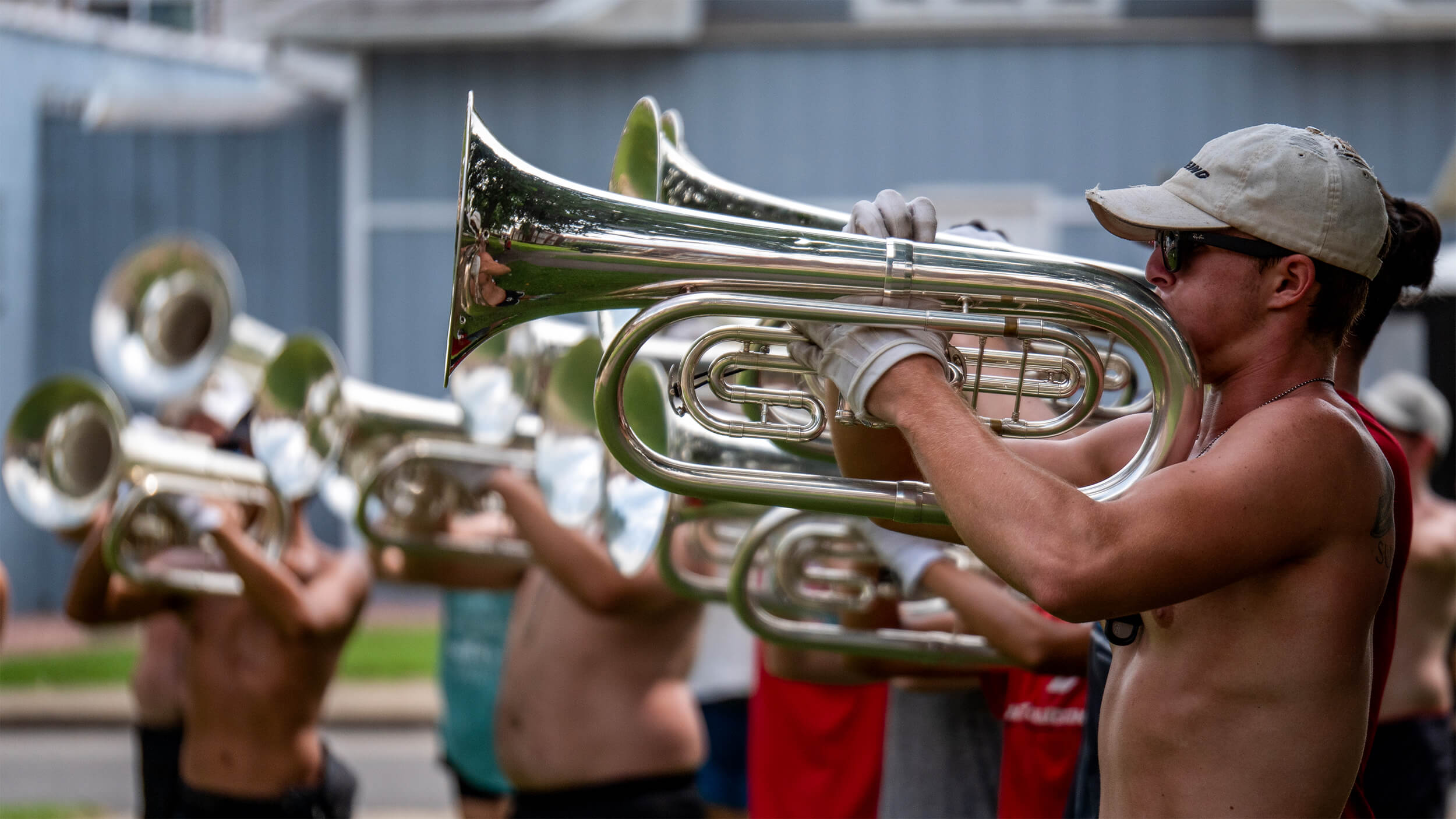 For Hall, one of the trends that most impressed him happened long before Phantom Regiment was back together in person.

He’s been amazed by the onslaught of interest from new and veteran corps members, as well as the continued love and support from fans and alumni.

“I didn't know that was going to happen,” Hall said. “When we decided that we were putting this [season] together, we didn't know what we were going to get. The level of the membership, the level of our fans wanting to make sure we're good, the participation, the volunteers, it's an outpouring that I could never have expected. It's joyous.”

It’s abundantly clear to him that people throughout the Phantom Regiment and drum corps communities were waiting on the edge of their seats for this return.

Thankfully, it’s right around the corner. It’s back. And for all the unknowns that have faced the Rockford organization and marching music as a whole, there’s no questioning that.

“We've missed it so much,” Hall said. “The activity is definitely back.”