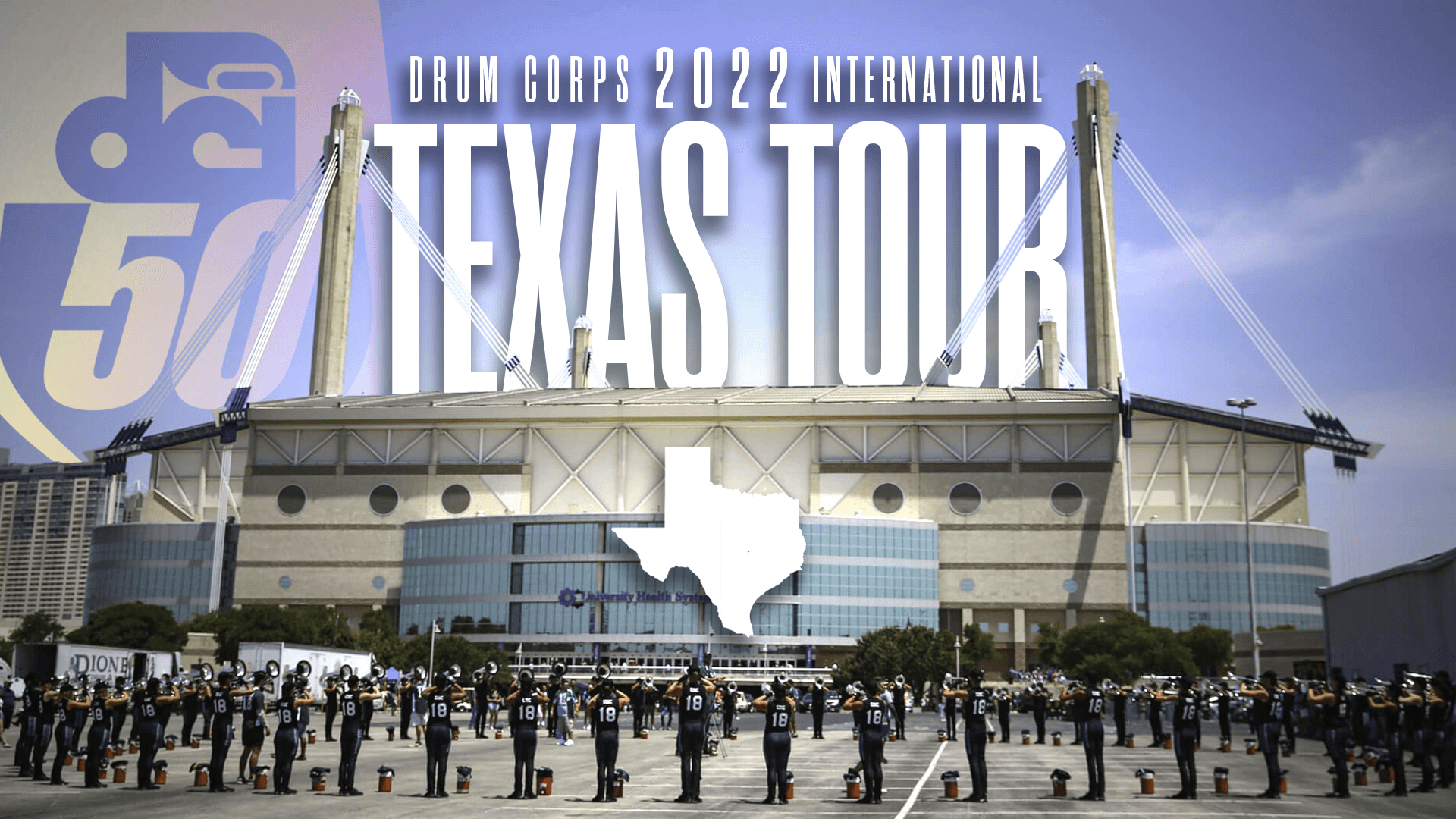 Drum Corps International’s famed “Texas Tour” is back for 2022, and it’s bigger than ever.

The 2022 DCI Summer Tour’s swing through the Lone Star state will feature nine events over the span of nine days in mid-July — including seven between July 21-26 — covering all corners of one of marching music’s largest hotbeds.

Most notably, for the first time since 2019, the DCI Southwestern Championship will return to San Antonio’s Alamodome, Saturday, July 23.

The longtime “midpoint” event of the summer — which often features the summer’s first meeting of all World Class corps, and will once again in 2022 — was scheduled to be away from the indoor venue due to scheduling conflicts in 2020 before the tour’s unfortunate cancellation.

In 2021, DCI’s abbreviated swing through Texas as part of the DCI Celebration Tour did not include a San Antonio event. But for Drum Corps International’s 50th anniversary, “The Dome” will make its triumphant return to the summer slate of events.

“Over the years, San Antonio has continued to provide an exciting atmosphere and an energized crowd for our participating organizations,” DCI CEO Dan Acheson said. “We’re thrilled to be coming back to the Alamodome for one of our annual summer tour’s premiere events.”

A trio of venues will make their first appearance on the DCI Tour map in 2022, all of which were set to make their debuts in 2020.

On July 22, University of Houston’s TDECU Stadium, a 40,000-seat venue just outside of downtown Houston, will play host to several of the DCI Tour’s perennial top contenders. The Texas Tour will wrap up on July 26 at another new location, at McKinney ISD’s three-year-old $70 million stadium in McKinney, Texas.

Scheduled to host a handful of performing ensembles Monday, July 25, Corpus Christi’s Wildcat Stadium at Calallen High School is also a new addition to the DCI Tour schedule. On the same night, a variety of other participating corps will be on the opposite side of the state, at Mesquite Memorial Stadium in Mesquite.

Lineups for this summer's Texas event series will be released in conjunction with the complete 2022 DCI Tour schedule on Wednesday, November 24. Tickets for many of the events are expected to go on sale in the coming weeks.

KEEP ME UP TO DATE ON THE 2022 DCI TOUR SCHEDULE