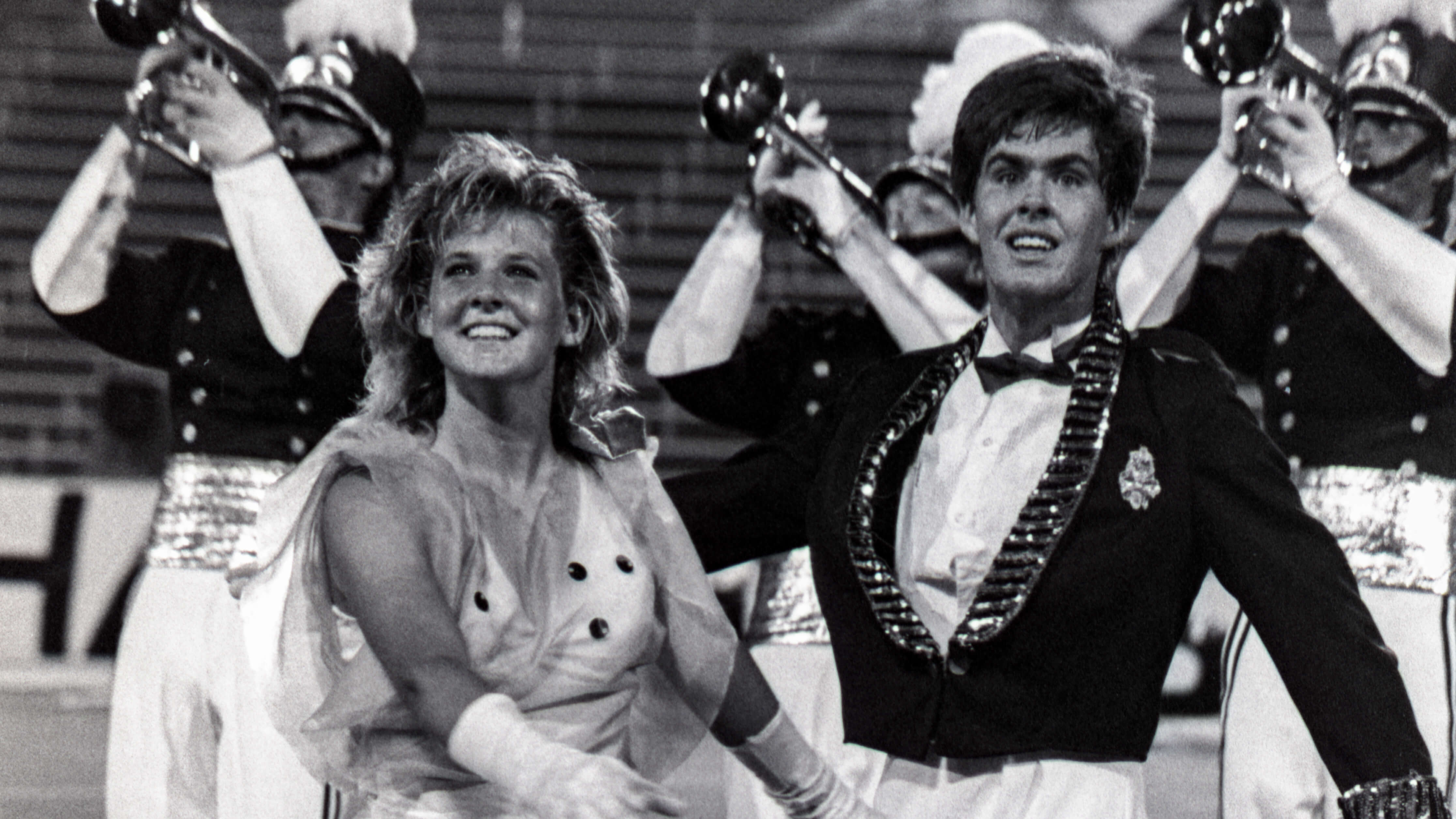 The 1987 Drum Corps International World Championships in Madison, Wisconsin was the first time DCI had ever gone to the same city and stadium three years in a row.

Garfield Cadets edged Santa Clara Vanguard by just a tenth of a point for the title, with Vanguard only losing the last two shows of the summer. Early in the season, Cadets lost three times to Spirit of Atlanta, a corps that was to finish the season in 10th place.

The top two positions weren't the only ones that were tight in the Finals competition: Only four tenths separated third from fifth place and sixth from the tie for seventh. In placing fourth, Blue Devils snapped their streak of placing in the top-three and winning at least one caption at Finals, which had stood since 1976. But while one "blue" corps hit a temporary dip in the competitive landscape, another, the Bluecoats, made the Finals for the first time.

Among the highlights of 1987, Garfield Cadets' "Appalachian Spring" featured a professional dancer, and the corps' quiet backfield exit caused lots of fans to "shush" those next to them. Vanguard’s Russian show was one of the closest we've ever had to a Cecil B. DeMille costumed spectacular, and Phantom Regiment glistened with its new "White Ballet" uniforms. Of the two corps that tied for seventh, Star of Indiana featured jugglers and a magician, and Velvet Knights embarked on the first of its popular series of "Magical Mystery Tour" shows.

In ninth place, Suncoast Sound presented "My Fair Lady…Our Way!" featuring the music of the 1956 smash theatrical hit by composer Frederick Loewe and lyricist Alan Jay Lerner. At the time, the musical set the record for the longest run on Broadway.

"My Fair Lady" followed the storyline written by George Bernard Shaw in his play, "Pygmalion," a social commentary about the British class system masqueraded as a romantic comedy about a phonetics professor working with an English commoner in order to get her to sound like and pass for a socially cultured duchess.

Kicking off the production, Suncoast Sound introduced individual Eliza Doolittle and Professor Henry Higgins characters during the mellow setting of "I've Grown Accustomed to Your Face." 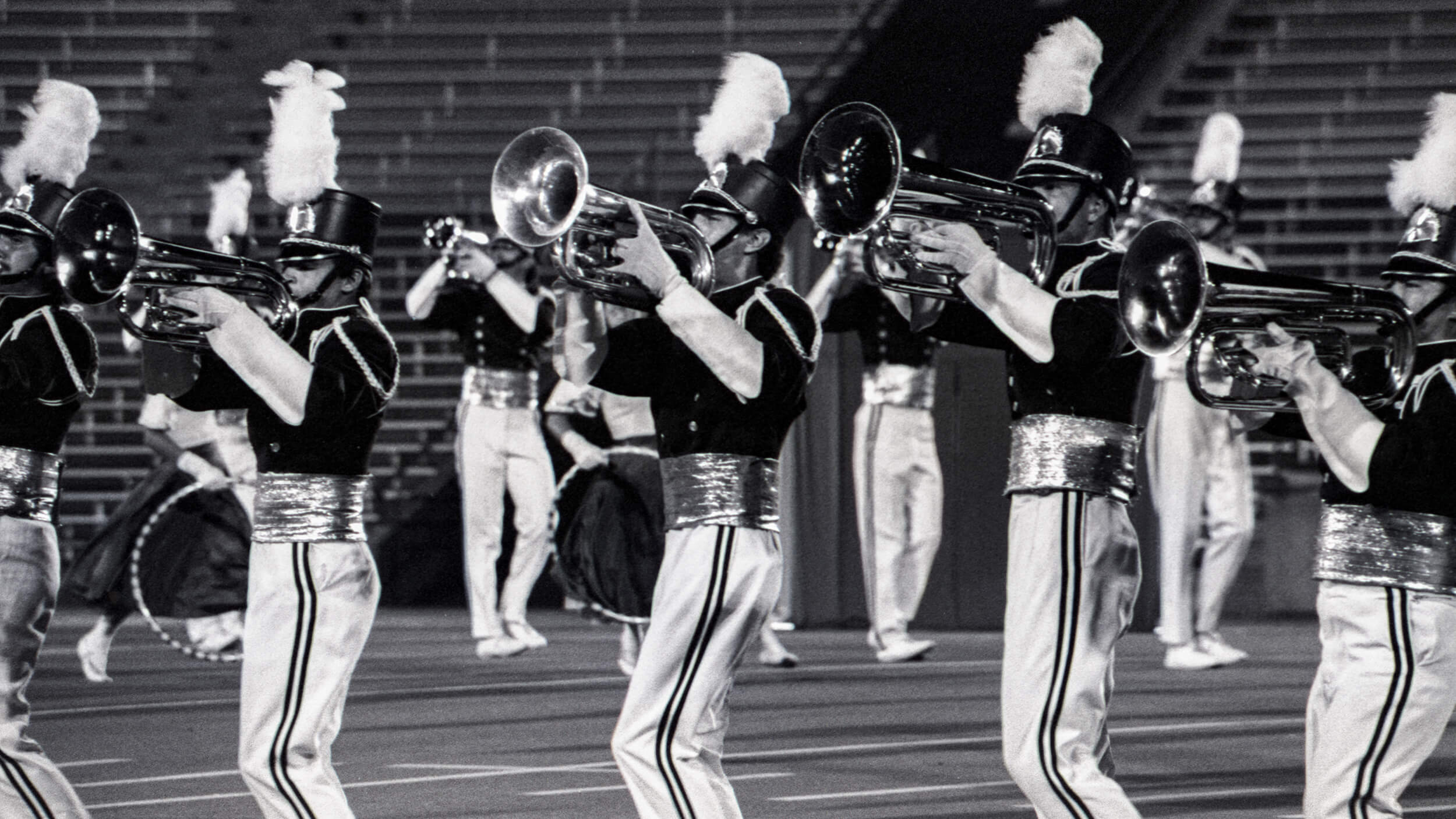 Several brass players poured out from in between six giant cubes that moved about the field and were utilized to hide color guard members during costume changes. Each side of the boxes was a different color, and by turning them around, the corps was able to create different looks to accompany the music.

"Get Me to the Church on Time" introduced the males of the guard attired as the professor and the females representing Eliza. "On the Street Where You Live" was treated with a walking bass, slow jazz style that had fans clapping along to the ride cymbal swing beat.

A hard-driving rendition of "With a Little Bit of Luck" grew out of an original piece in the spirit of the musical, which itself segued into a slow swing treatment of "Wouldn't It Be Loverly?" 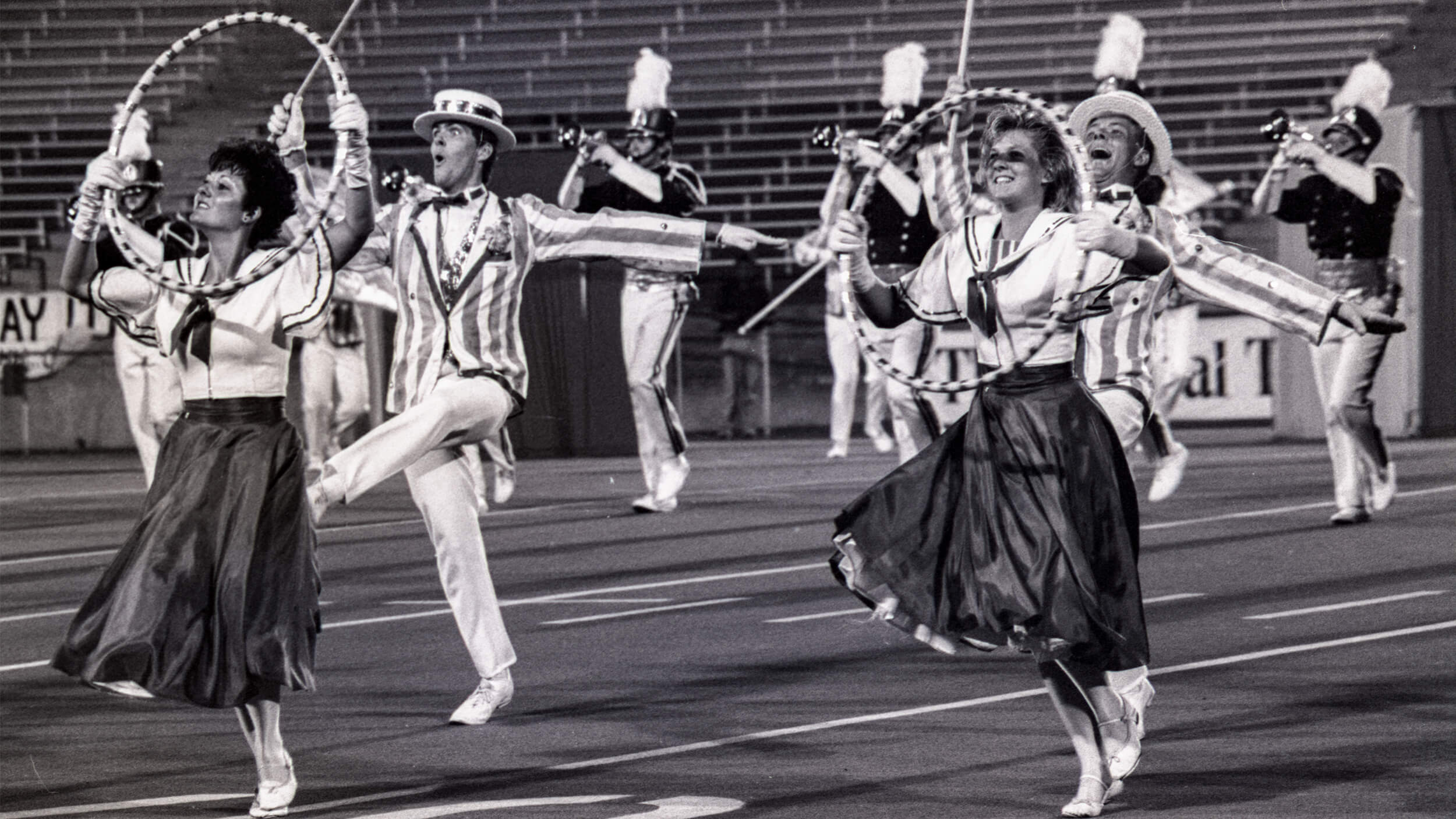 "I Could Have Danced All Night" started with a tender baritone solo as the color guard members came out of the boxes dressed more formal for the Embassy Ball that was instrumental in the storyline of the musical.

After a company front push that presented the dancers to the ball attendees, a reprise of "Get Me to the Church on Time" brought the show to a close.

This author had the opportunity to be down on the field during the Semifinals performances and I noticed that Troopers' founder and director Jim Jones was also on the field during Suncoast Sound's performance. I asked him why he was there so long after his own corps had performed, and Jones commented that the show had some of his favorite music of the year, adding that he wished more corps would exploit popular music from timeless American musicals.