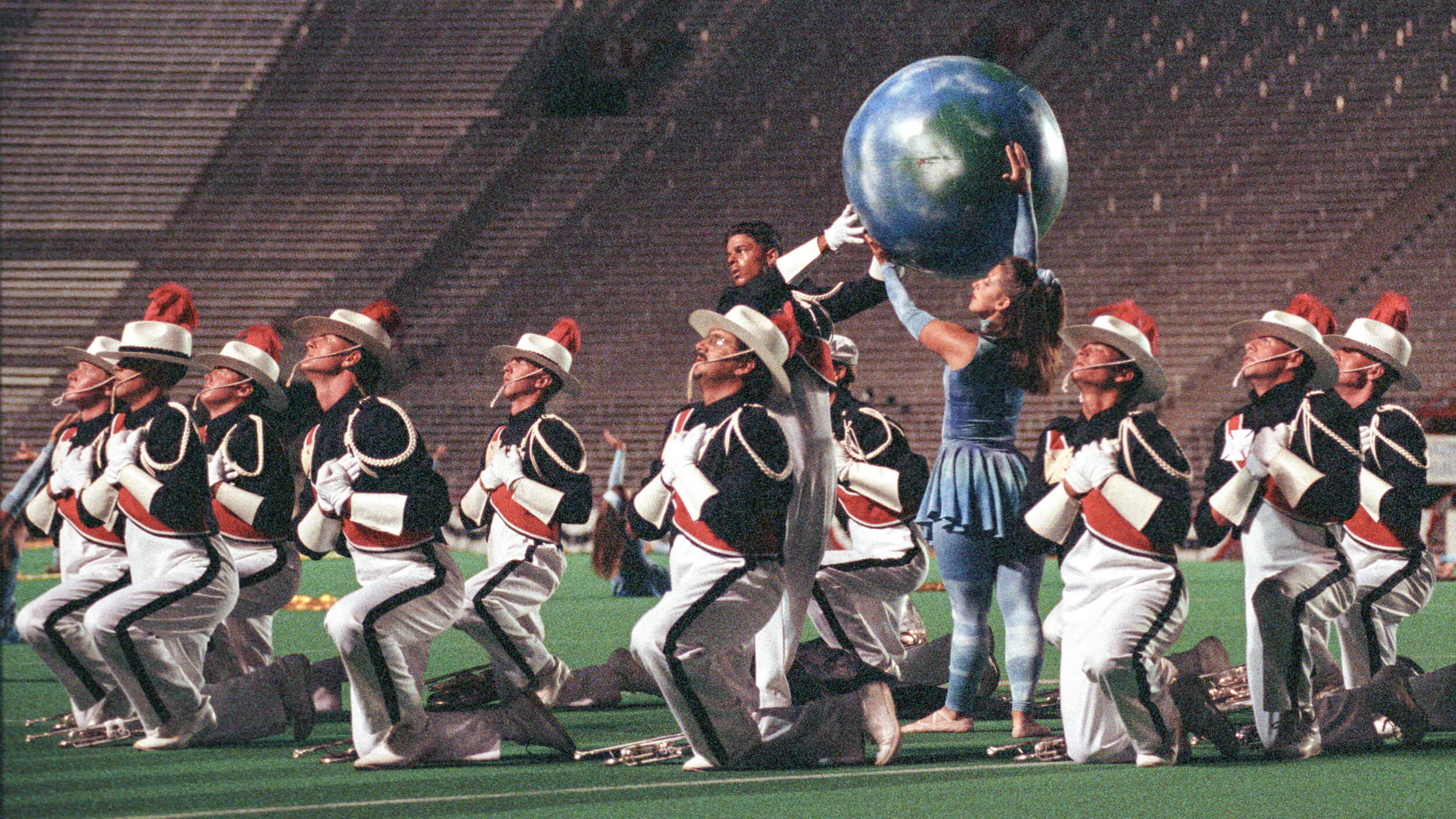 The entire summer of 1992 was an ongoing party celebrating Drum Corps International's 20th anniversary, ending in Madison, Wisconsin with a parade of uniforms of all the 1972 finalist corps and a fireworks presentation.

Finals night was the first time in history at least three-quarters of all finalist corps surpassed 90 points, and it was the last time that we would see Santa Clara Vanguard founder and director Gail Royer take the field. Gail had earlier announced his planned retirement after 25 years at the helm of the corps, and sadly, he would pass away before the next year's Championships.

The Cavaliers won their first DCI title in '92, holding off a late-season surge by the Cadets of Bergen County. The Cadets had placed sixth in a show just three weeks earlier, highlighting how competitive the season was at the very end. When the Finals were complete, a record small spread separated the top eight corps by just six points.

Other firsts included Crossmen breaking into the top six and Blue Devils introducing a coed color guard. Star of Indiana's patriotic show finished in 3rd after winning the Quarterfinals, Santa Clara Vanguard's color guard went retro using a single set of flags, and Velvet Knights pulled off one of the most hysterical on-field effects ever—an opera critic out-of-water creature devouring the helmeted Valkyrie Brunhilde as "she" learned the show wasn't over until the shark had its say. 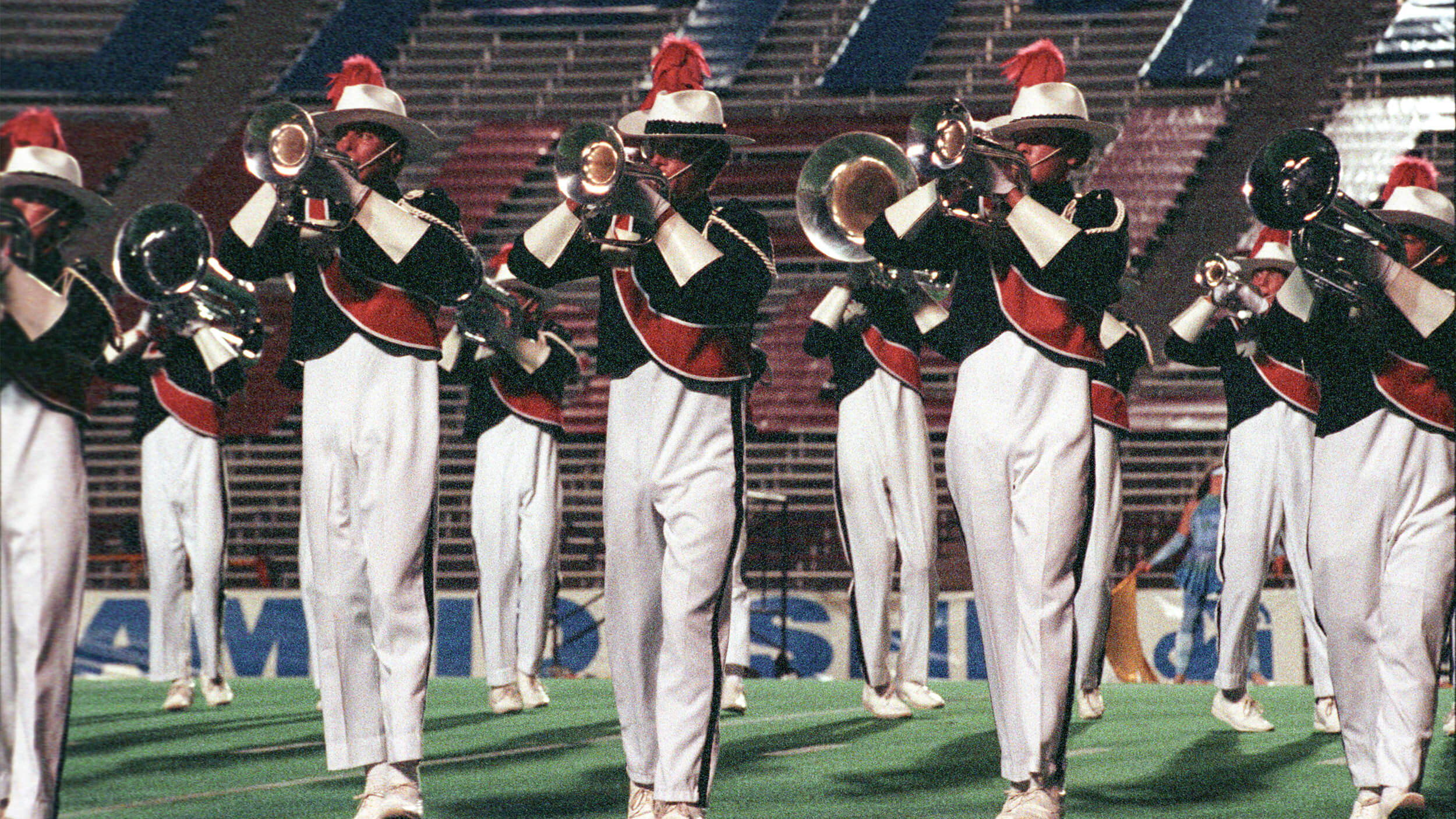 Crossmen's sixth-place presentation of "Songs for the Planet Earth" visited our home planet as part one of a three-year song cycle; followed the next two years with "A Celebration of Humanity" and "Suite Children." The show was created with a sense of concern for environmental preservation.

Clarinetist Richard Stoltzman's "Begin Sweet World" commenced the show with a lovely, atmospheric ode from an album of gentle, reflective music. The brass players, as particles of matter scattered around the galaxy, coalesced into a tight, planet-like ball during the clarinet melody, which was duplicated on a baritone bugle.

This quickly moved into "(The Beauty of an) Appalachian Morning" by Paul Halley and Paul Winter, off the Paul Winter Consort's "Spanish Angel" album. One visual drill formation highlight was the compression of brass players into a faceted gemstone diamond, complete with a glint of blue from a few members of the color guard. 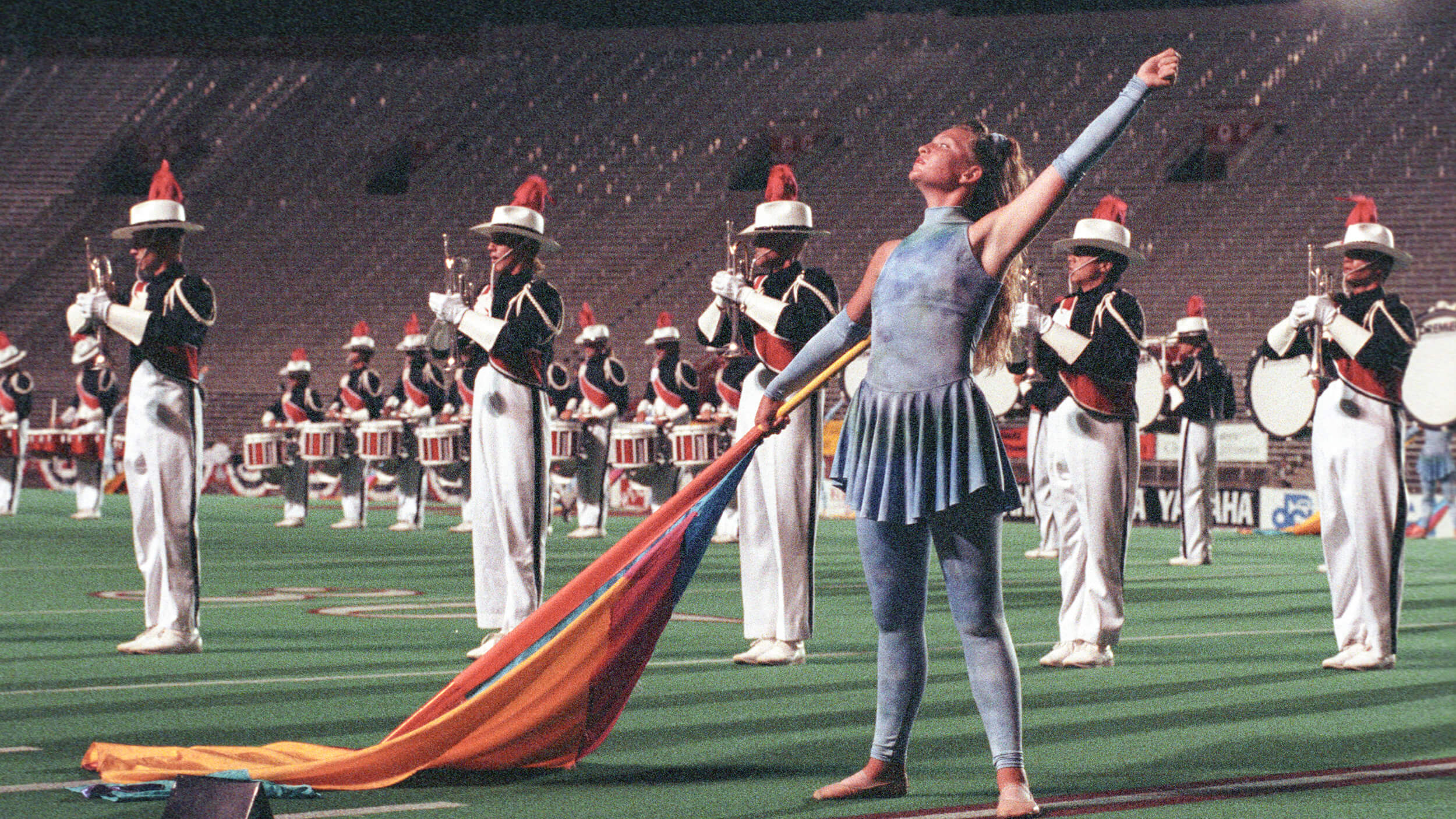 New flags of green, white, blue and red anticipated the four colors of the Greek elements, which would be the focus of the next selection. Corps brass arranger Matt Krempasky composed "The Four Elements," a dark and foreboding glimpse of the turmoil that could result if we continued to ignore the earth's message that it needed us to take better care of it.

Flags were of darkened hues against black backgrounds, for a sort of post-Apocalyptic effect. At the end, four color guard members ran into the center focus with one each of the four themed silks tied together into a united mass, reminding us that all the elements are essential to the continued life of the planet.

Splattered dabs of foliage and bird plumage colors enlivened the field during First Circle's "The Rain Forest," with some bird whistles chirping just before a drum break. The bright yellow of the flags at the end showed the sun rising on a new day of hope and promise for the environment. 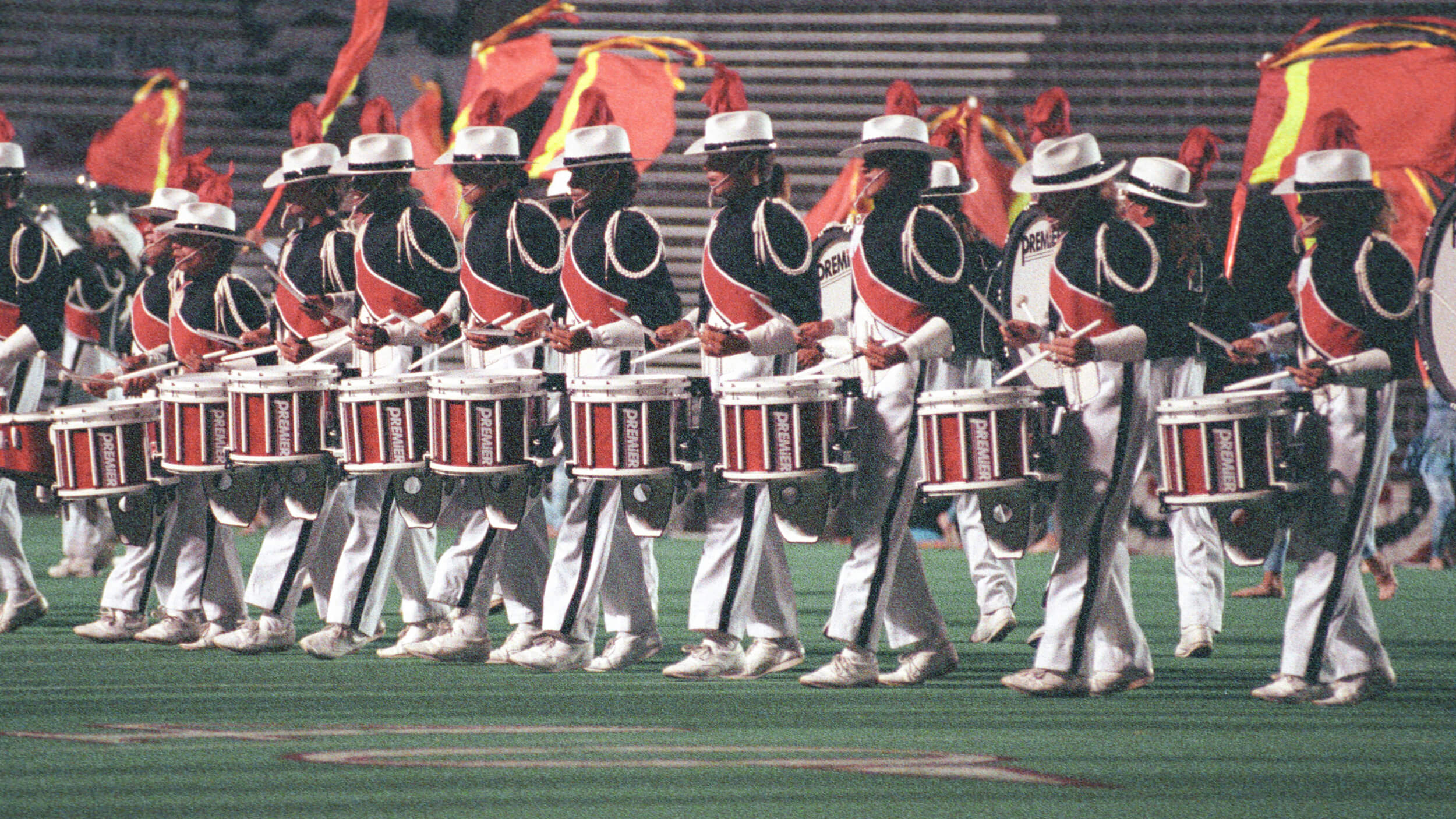 Paul Winter's "Journey Under the Sun" brought the drums and horns together to form another tight ball as planet Earth moved on its way through the solar system. The members then split off into individual elements of the heavens, reconfiguring in a giant question mark.

In the center of the "dot" at the bottom of the symbol, a black shroud of death was removed from a large inflated ball representing a cloud-covered Earth.

The lasting impression was one of simple elegance—We can either destroy the planet or serve to provide it with generations of future life.