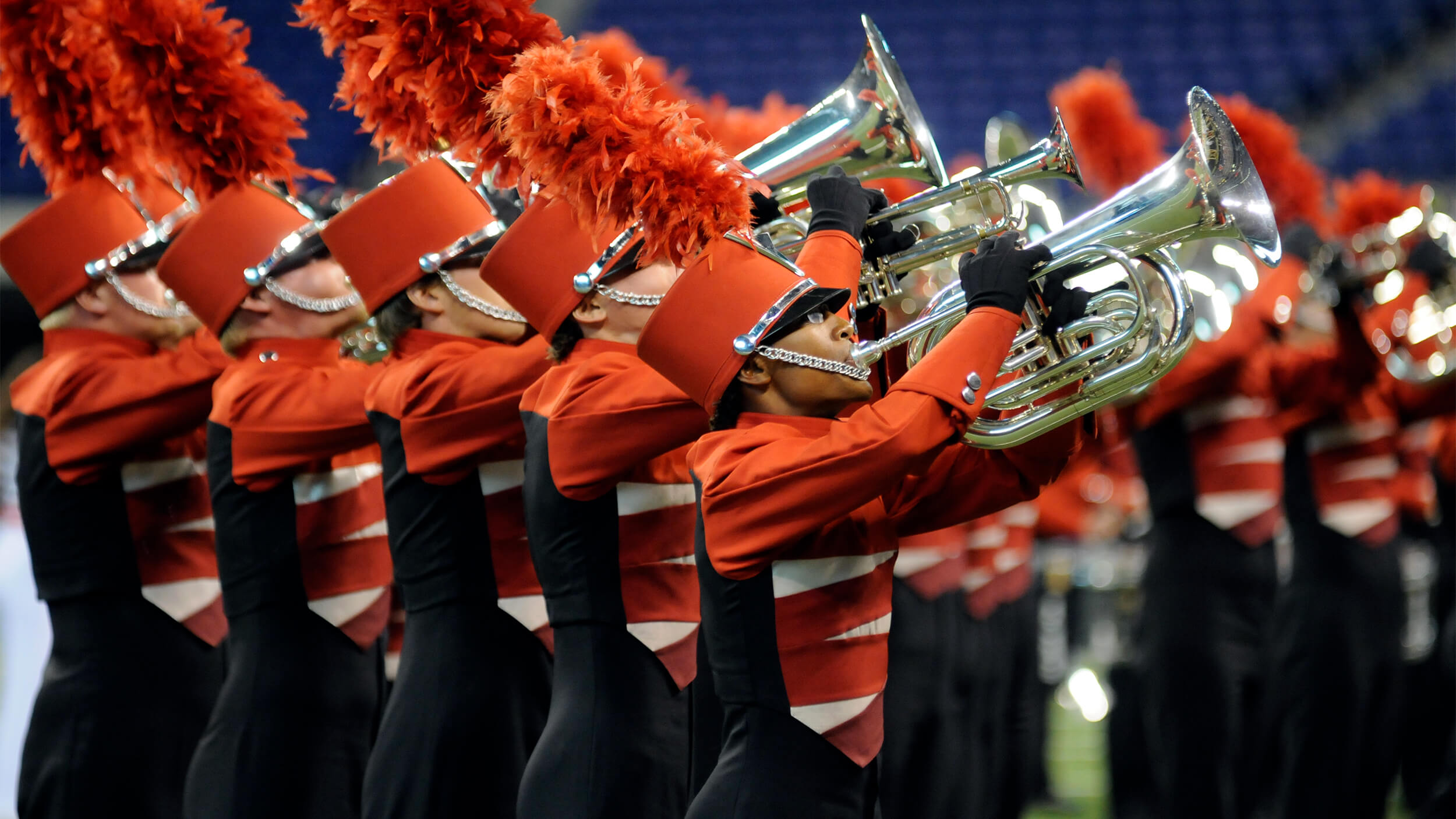 The 2009 Drum Corps International World Championships were the first to be held in the new Lucas Oil Stadium in Indianapolis, one year after DCI had originally planned on taking up residence in the edifice.

Among the non-finalists, it was a somewhat topsy-turvy season. Colts fell just three tenths of a point short of making the Finals, with four captions finishing among the top-12 finishers in the Semifinals results. Prior to Indianapolis, the corps had bested the finalist Troopers four of the 10 times the two corps met and the two corps tied once.

The Academy climbed into 14th place after finishing 18th and not making Semifinals in 2008. (It wouldn't be until 2011 that 25 corps would advance into Semifinals.) The Academy had also beaten the Troopers in the corps' first two meetings. Colts' placement in 13th made it the third time in five years that the corps would end up in that unenviable position. The 2010 season would make it four times in six years. 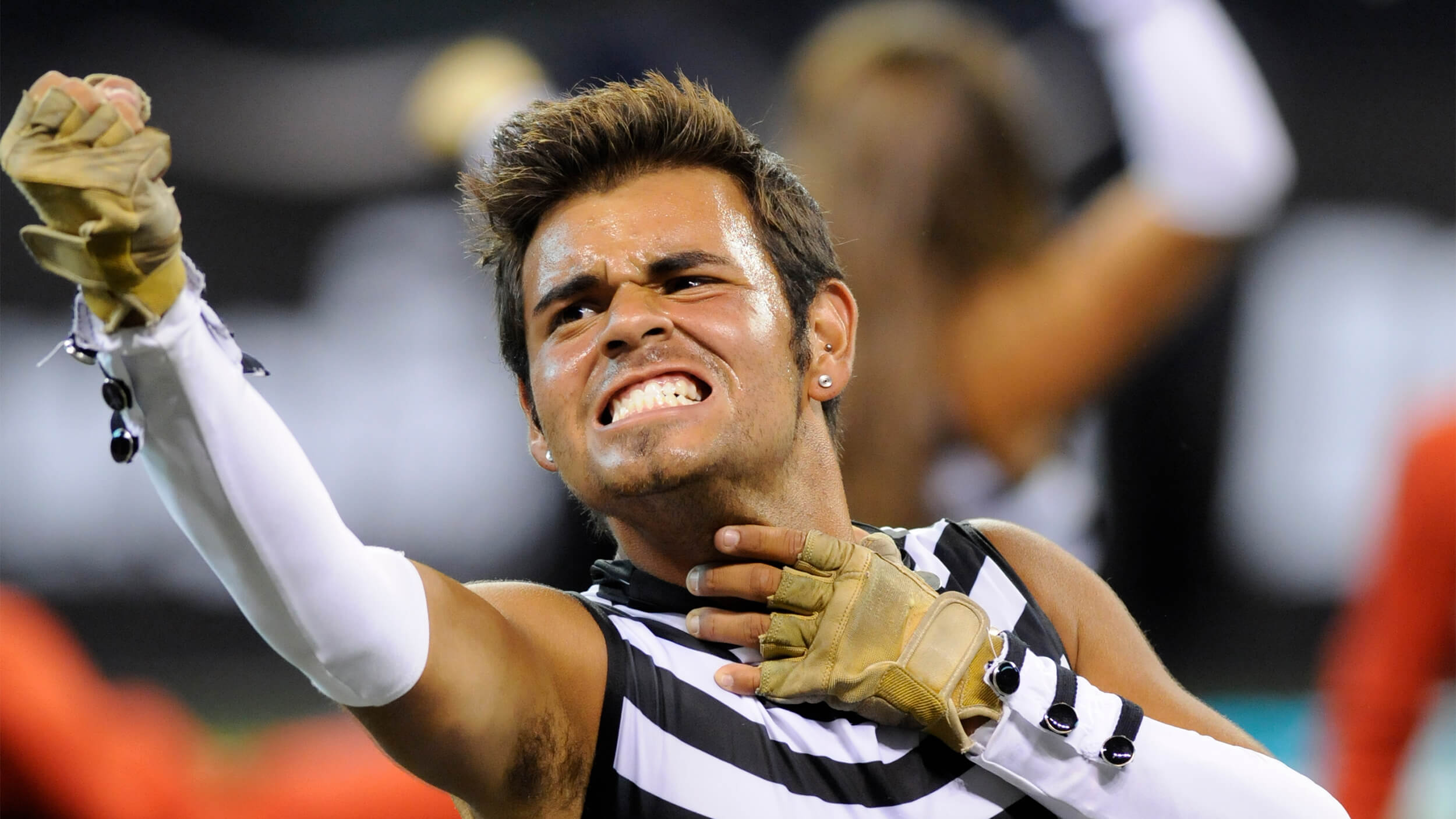 With their 2009 production "Fathoms," the Colts set out to explore the vast waters of the seemingly infinite ocean, with lots of grandeur and just as much peril.

The opening fanfare was the heroic "Song of the High Seas," the most identifiable theme from "Victory at Sea." The 13-hour television documentary series was broadcast in half-hour segments on NBC in 1952. In 1954, a feature film was made from the most captivating World War II footage used in the series, including the music composed by Richard Rodgers and Robert Russell Bennett. Rodgers—famous for previously composing a massive amount of Broadway hits including "Oklahoma," "Carousel," "South Pacific" and "The King and I"—ended up getting most of the credit, even though he only supplied brief piano melodies that Bennett orchestrated and conducted for the recordings used in both the television series and movie.

Prior to the start of the music, the members of the corps gently swayed side-to-side, like dune grass in a gentle breeze. Gull sounds were heard as a giant lighthouse silk introduced the short "Song of the High Seas" theme. 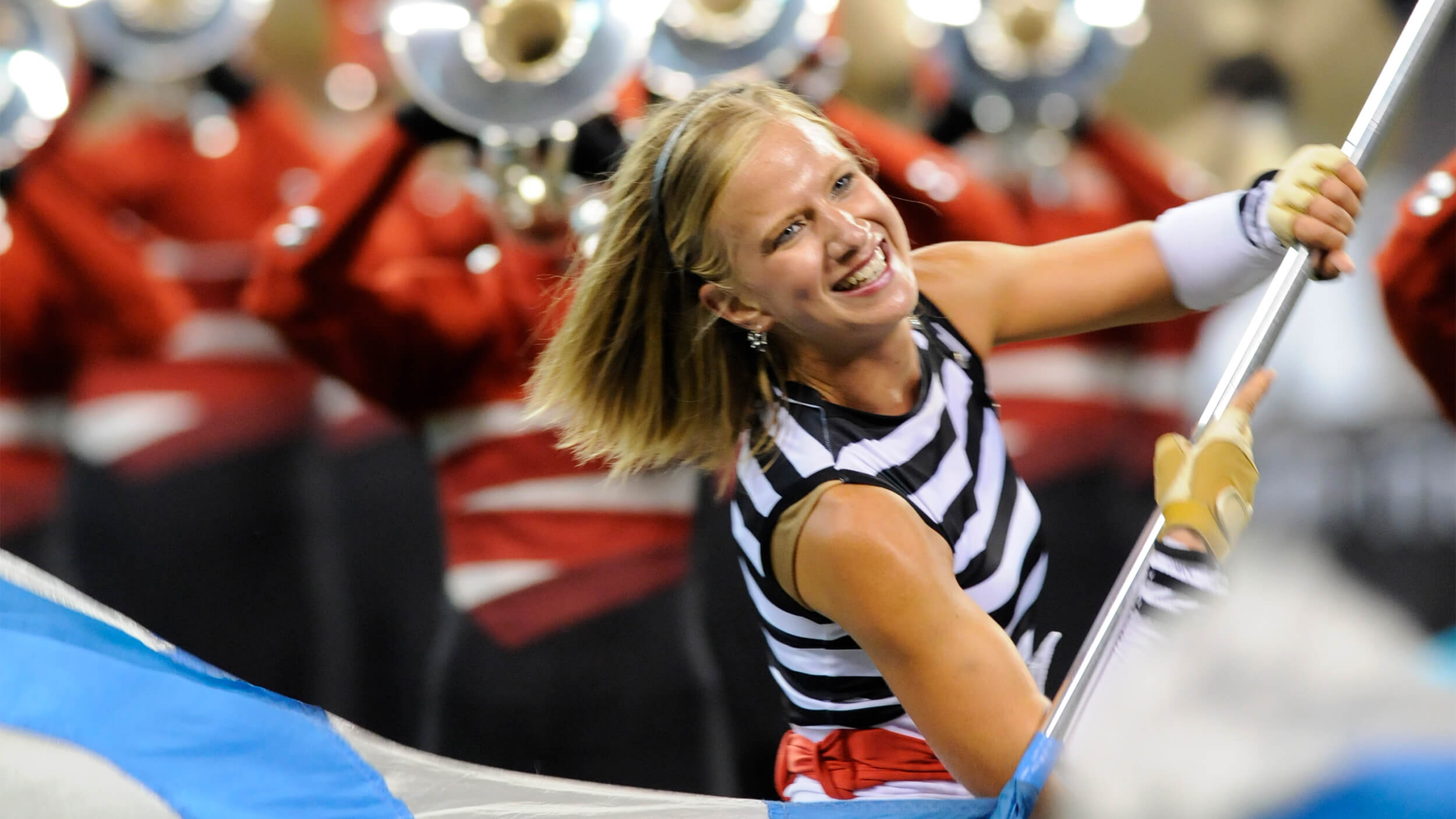 Soon to follow was a work inspired by the "Storm" segment of "The Sea Treaders" by Francis W. McBeth. Commissioned by the U.S. Naval Academy Band and published in 1997, the two movements of the original portray a calm sea interrupted by a blistering storm; the ferocity of the storm delivered by the corps and visually represented by some wave-like forms in the drill, ending with a cresting wave about to fall over on itself. Even more prominently mixed into this segment was "The Voyage," an original work by corps arrangers Chris Tomsa and Max Mullinix.

"Ebb Tide" was originally written in 1953 by the professional harpist Robert Maxwell. The introduction of a single large sailboat silk drifted into the setting sun over the waves, with fish kites filling the front of the field under an undulating massive series of waves that plied the tranquil seas.

The climax of the piece saw the corps form the simple wings of a gull, followed by one of the most beautiful highlights of the season—nine large sky blue silks passing through eight lines of corps members as ascending arpeggios of a synthesized harp patch paid homage to the origins of the work. 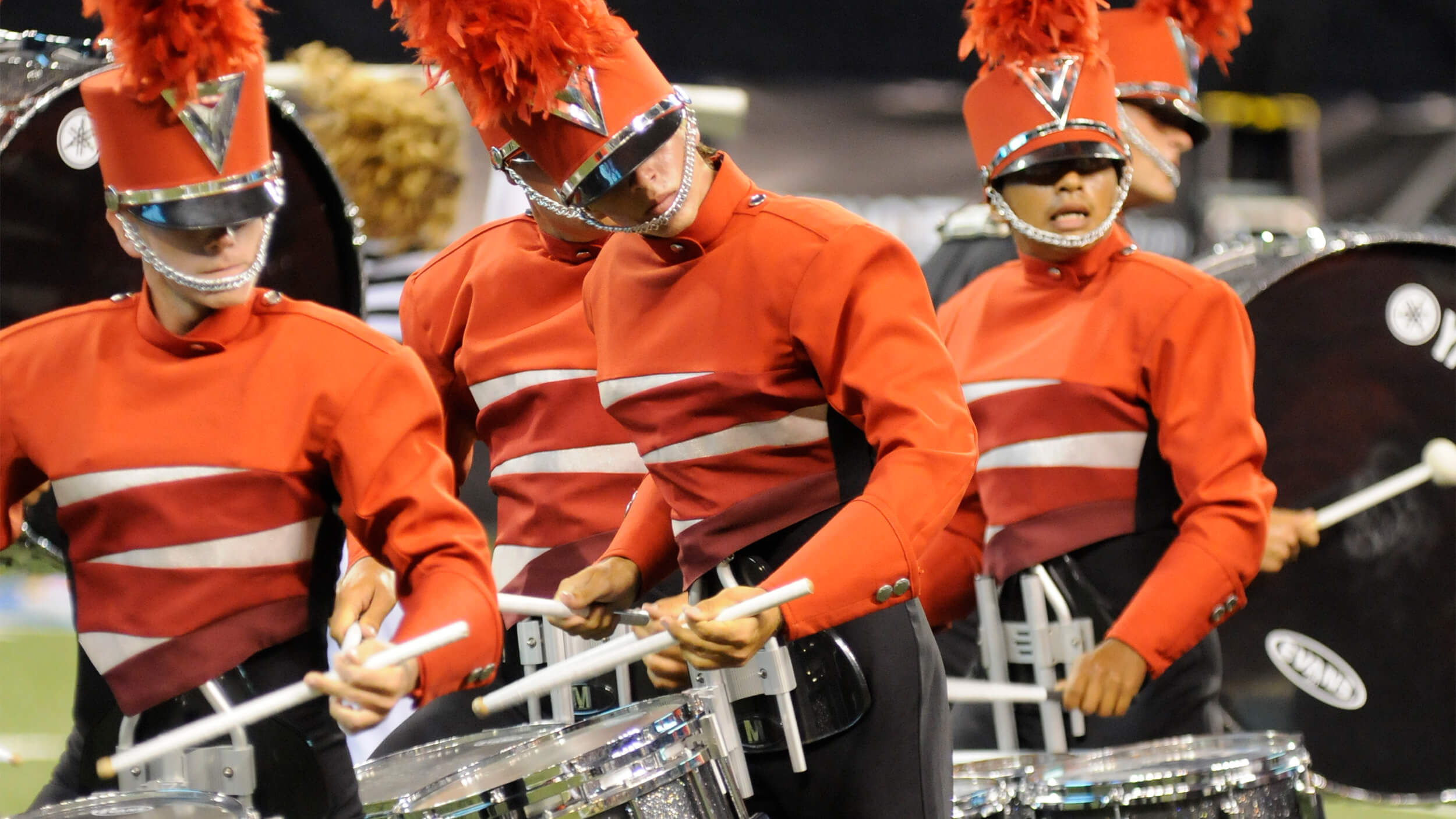 "SOS" by corps staffer Max Mullinix started with storm sounds, a lone ship's horn and the repetitive Morse Code of an "SOS" distress signal, with the entire horn line joining in on the Morse Code. Lifeboat paddles were introduced by the color guard members, just in case the ship crashed upon the rocks or suddenly sank.

Upon the horns and drums collapsing into themselves for security, a huge silk of the colors of the rising sun was run across the field, welcoming the survivors to another day.

The brief "The Journey Home," by Tomsa and Mullinix, led back into a restatement of the Rodgers theme and a triumphant arrival at the port of call, with the horns finishing in four ebbing and cresting wave forms that were reflected in the swirling blue curves of the flags embracing the sky in the large arc of the distant horizon.