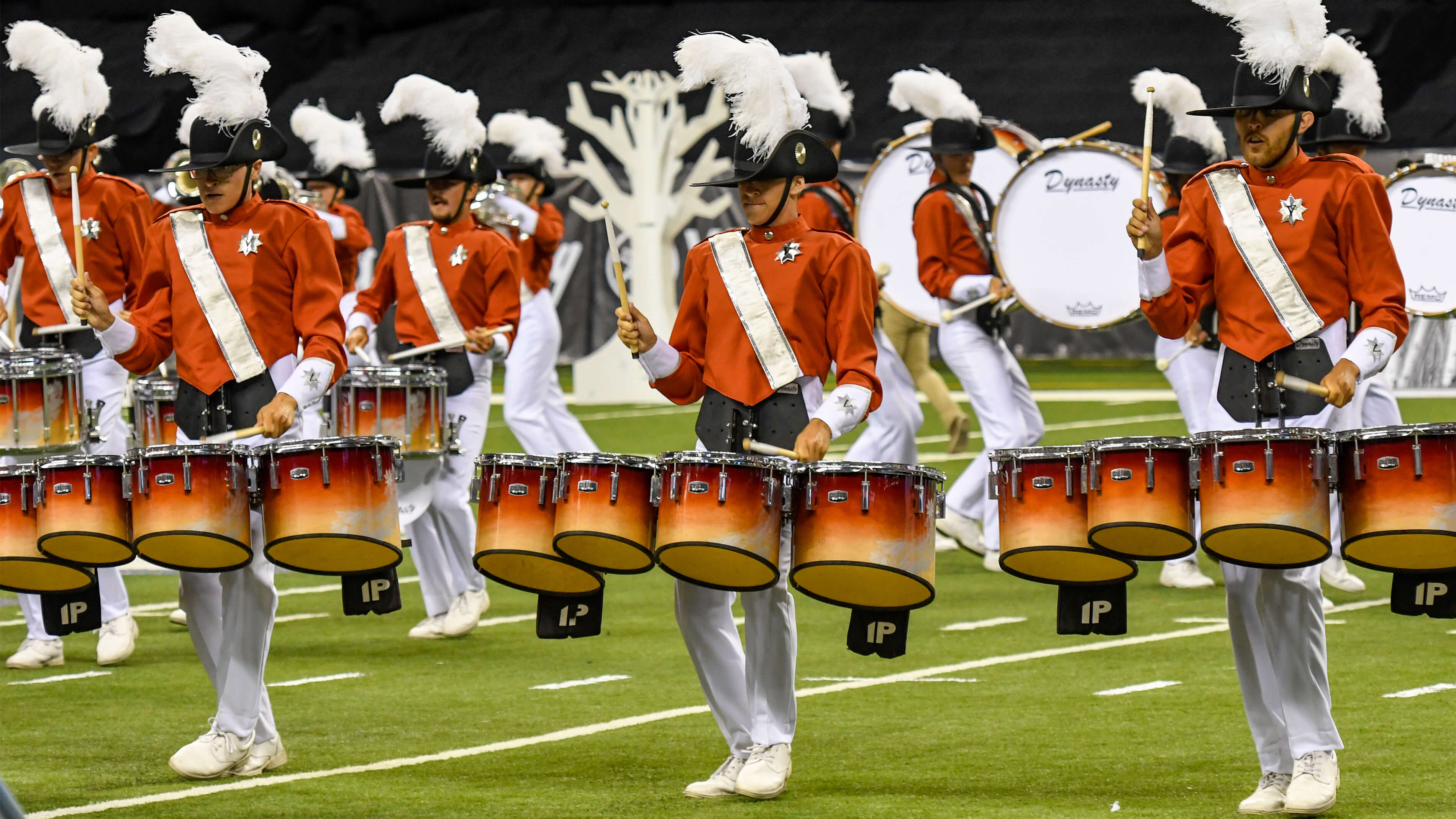 At the end of the day, the four seasons can be seen as four unique chapters of a year, and nothing more. But metaphorically, they’re the completion of a life cycle. They’re a tangible image of change and evolution, visually represented in patterns of weather and natural scenery.

2016 was Santa Clara Vanguard’s take on this imagery.

Download audio and video from Vanguard's "Force of Nature"

In many ways, though, it was more — whether intentionally or not, it was the final chapter in a life cycle, one that would be drastically reimagined in the three years following. To speak in metaphor, 2016 was a beautiful winter, which welcomed in an intriguing spring in 2017, followed by a warm and fully-grown summer in 2018.

In many ways, 2016’s production was Vanguard’s last in its former design style before diving into those progressions. But as such, “Force of Nature” is often regarded fondly, as “modern classic” Vanguard.

Throughout its production, Vanguard featured a variety of color guard costumes to signify different seasonal aeshtetics. As for the corps proper, 2016 was its last year in its more traditional uniform, a red top and white sash with silver accents, with white pants and its iconic "aussie" hat with towering plumage.

The show opened on a quiet, calm nature scene, set to the sound of soft strings and chirping birds. Members of all sections lay on the ground across the various yard lines, while the color guard became the first to “enter” with rippling choreography.

Vanguard’s full opening movement featured the music of Max Richter’s “Spring 1” from "Recomposed," a series of reimagined renditions of Vivaldi’s “The Four Seasons.” This opening was, in essence, the show’s spring “bloom.”

"It kind of grows and has this youthful quality to it,” Vanguard brass arranger and composer J.D. Shaw said. "There’s images of larva arriving, the Fibonacci sequence and ratio of life, blades of grass swinging in the wind until finally there’s just a big explosion which is a blossoming of a flower."

From there, it wasn’t long before the “force” element came into play. After passages of playful front ensemble music, a rich tuba feature and building brass chords, Vanguard’s full horn line and battery percussion section entered with a beautiful and resounding impact of Richter’s work, all capitulated with a strong mellophone sustain — a staple that would make its appearance again in Vanguard’s history-making decade.

Quickly, though, via various ambient sound effects, Vanguard transitioned into the rains of summer, and once again introduced its award-winning percussion section into play, starting with a crystal-clean snare drum feature.

The second movement featured a drastic increase in aggression, typified not only by featured battery percussion moments, but also by energetic brass passages of Stephen Melillo’s high-octane work, “WITHOUT WARNING!”

To accompany Ticheli’s beautiful harmonic passages, the color guard transitioned into autumnal color palettes, so as to signify the “fall” portion of the seasonal cycle.

The movement ultimately swelled to a strong impact, with the battery percussion and horn line staged in one curving line that transitioned into a straight line across the right side of the field, while the color guard filled the open space in the bottom and left portions of the performing surface, utilizing its warm-colored flowing skirts as flags of sorts for visual effect.

Stunningly, though, midway through its chorale impact, Vanguard’s ballad quickly devolved into a mix of major and dissonant chords and higher tempos, as the color guard shed its fall-colored skirts to reveal a more sleek, gray attire. As it would seem, this marked the transition into a harsher winter setting, as the music of Richter’s “Winter 1” — another selection in his “Recomposed” series — emerged.

The final portion of “Force of Nature” brought out Stephen Melillo’s “After the Storm,” a piece that features both driving passages, and those of a more flowing, emotional nature. Vanguard’s meticulous brass and percussion sections were on display in various challenging feature sections, before transitioning into an exciting and anthemic final push. Moments of breakneck movement and intense playing all culminated in the formation of the corps’ iconic shield image.

But fittingly just as it started, once the energy of its last impact died down, Vanguard’s show ended on a calm and quiet note, seeming to be the welcoming of another spring bloom. Richter’s “Spring 1” returned in the front ensemble, as did the opening sequences’ chirping bird sound effects, all as the corps proper moved into a formation that emulated its opening set.

And finally, in accordance with tradition, on the final note of the production — a soft, resonant note on the glockenspiel — the corps’ cymbal line revealed it’s iconic “V” in the back corner of the field.

Storming back on the competitive landscape

2016 was a major step in a reemergence, competitively-speaking, for Santa Clara Vanguard into the ranks of the “upper echelon.”

In some senses, that rise back to the top began in 2013 and 2014 with back-to-back fourth-place finishes, but after dropping back to fifth place in 2015, the 2016 season was Vanguard’s return to the Top 4, a designation it hasn’t lost in any season since.

It was only the beginning, too. The Santa Clara corps has earned medals — one of each, actually, including 2018’s World Championship title — every year since its fourth-place ranking in 2016.

In terms of the 2016 season itself, Santa Clara Vanguard spent most of the year fending off The Cavaliers, who earned fifth place during a reemergent season of their own. By season’s end, Vanguard finished on somewhat of an island, scoring just shy of two points outside the top three, but more than a point ahead of fifth and beyond.

Other than a close call with the Rosemont corps in Allentown, the standings looked similar through most of the summer.

Speaking of Allentown, The Cadets also took some fending off during the middle portions of the 2016 season; the Allentown corps earned a head-to-head win in its first meeting with Vanguard, but SCV righted the ship during “Texas Tour” to push its way into the top four down the stretch.

The major competitive note for Santa Clara Vanguard — also one that signified the start of a trend — was the corps’ victorious percussion section. 2016 marked the first of now five consecutive wins of the Fred Sanford Award for Best Percussion Performance.