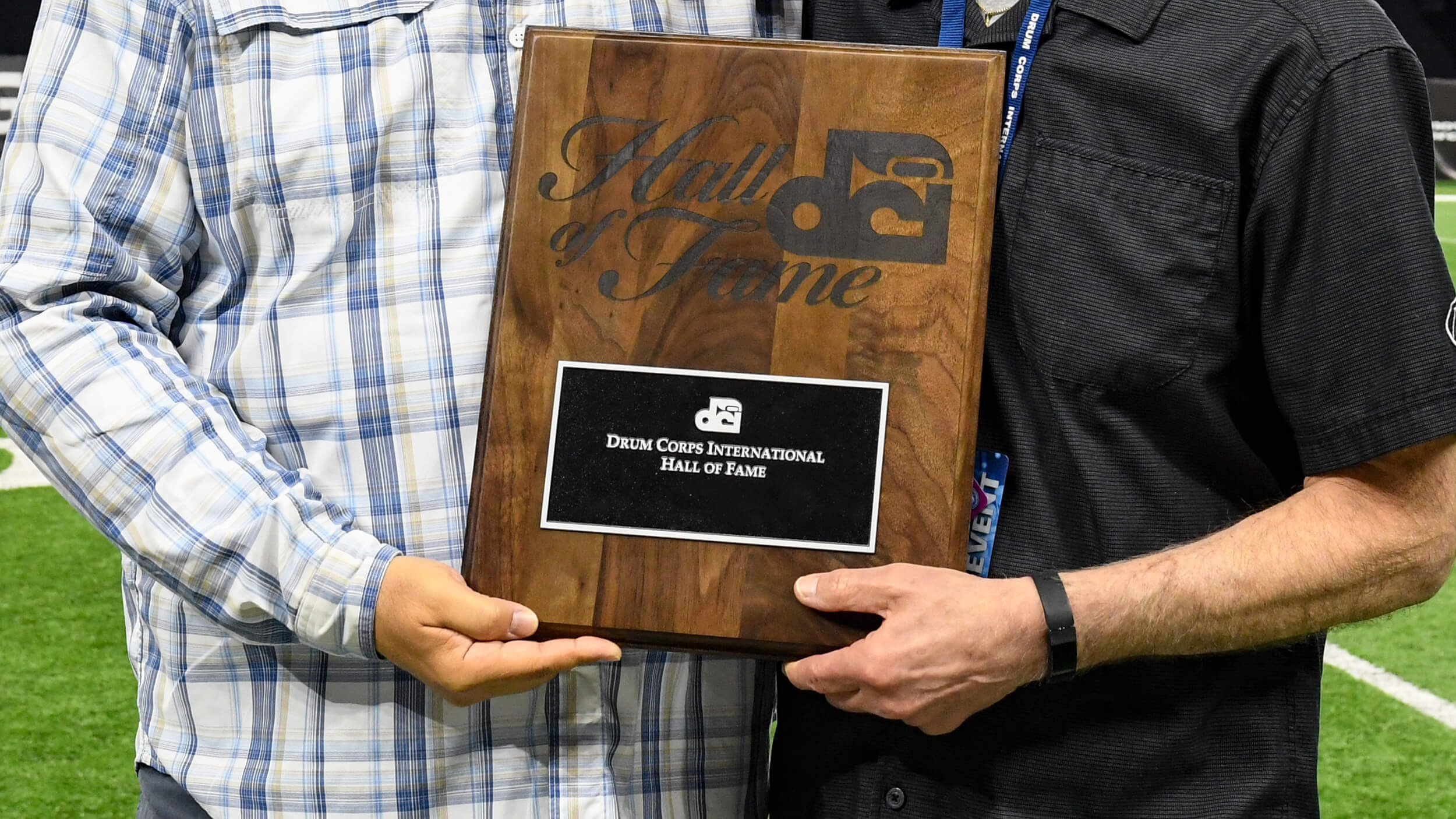 Established in 1985, the Drum Corps International Hall of Fame honors the outstanding achievements of marching music's passionate and committed administrators, creators, instructors, judges, and others who have made significant contributions through years of hard work, innovation, and direction.

Joining the DCI Hall of Fame ranks in 2021 will be Jay Murphy and the late Michael Boo. 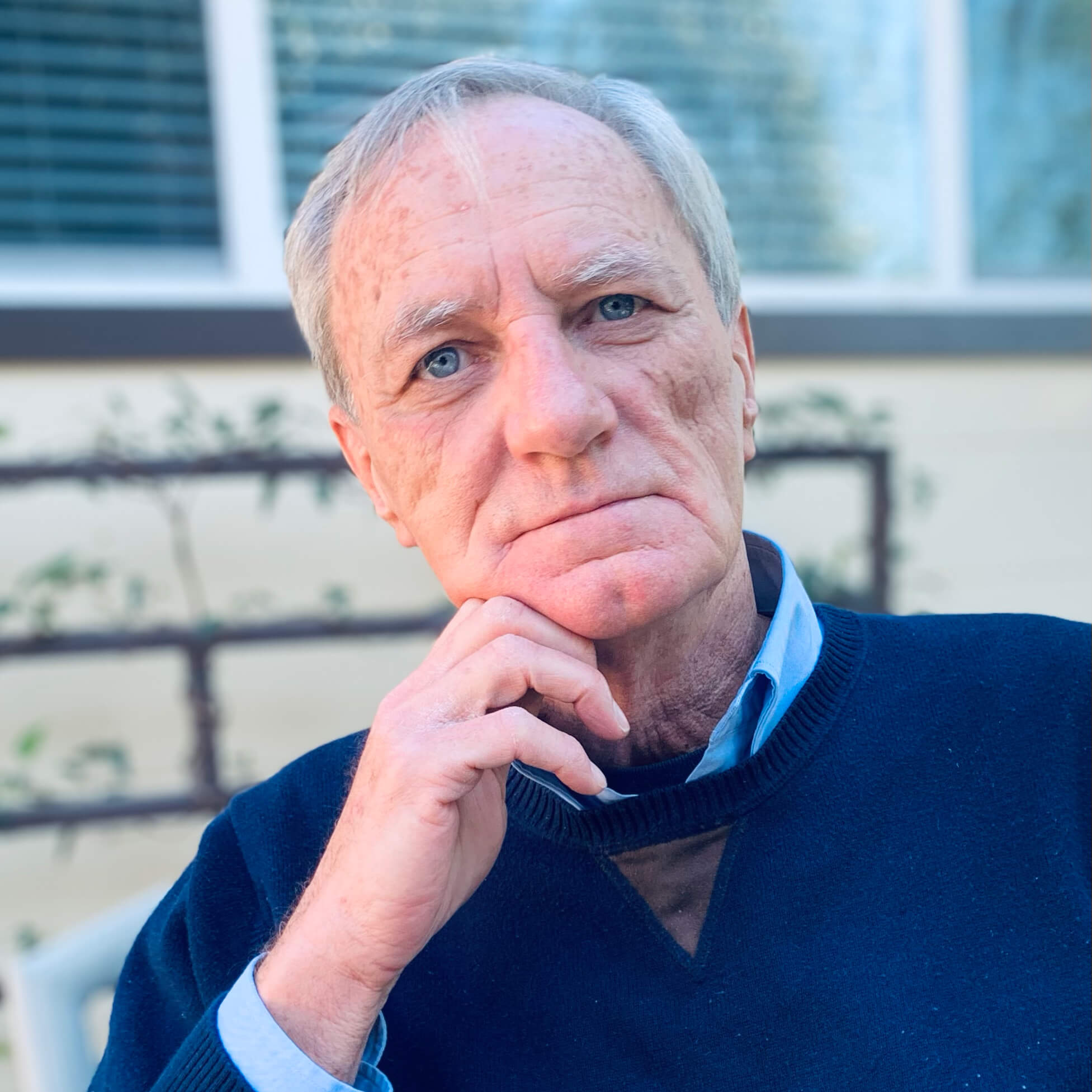 Over the past 40 years, much of the on-field visual identity of the Blue Devils has been created at the hand of Jay Murphy.

With a quiet humbleness he has helped catapult one of Drum Corps International’s most successful groups to greatness, and pushed the boundaries of what people come to expect when watching drum corps productions unfold.

“There are many people who write drill, and create functional motion. But Jay creates purposeful impactful design,” DCI Hall of Fame member David Gibbs (’02) said. “The Blue Devils are a mixture of amazing designers and teachers … But over the last 40 years, Jay stands out as being instrumental in creating our ensemble’s visual uniqueness and identity. He imagines and creates the beautiful design that blankets the canvas which is uniquely Blue Devils.”

A Massachusetts native, Murphy spent his early career teaching the rifle line of the Boston Crusaders. Joining the Blue Devils color guard staff in 1981, he assumed the role of visual designer of the corps in 1986, a position he holds to this day.

Countless visual caption awards won by the Blue Devils over many years at the DCI World Championships can be attributed to Murphy’s fluidly-designed productions.

"Each of his programs, in collaboration with his staff colleagues, is unique—A new story, a new emotional setting, a new depth and structure to the program and personalities the performers represent," said DCI Hall of Fame member George Oliviero ('92).

“He combines his degree in English from Marquette and years of experience to create a design that has deep meaning and fits the music like an expensive glove,” Gibbs added. “Jay’s brilliance is seeing creative opportunities and then designing a magically-staged iconic production—A combination of traditional drum corps, Cirque du Soleil and amazing ballet.”

In his decades on the job, Murphy has been in a position to see great developments and changes within the drum corps activity. His ability to continually reinvent the status quo and drive those changes has been the inspiration and envy of performers, spectators and his colleagues alike.

“Jay is one of those iconic figures in our pageantry arts circles who from a visual standpoint changed our game, over and over again … He is truly in a class by himself,” DCI Hall of Fame member Jeff Saktig (’15) said.

For fellow visual designer and DCI Hall of Fame member Michael Gaines (‘11), the competitive nature of the drum corps activity has led to an even deeper respect and admiration of all that Murphy has been able to accomplish in his ongoing career.

“I have always felt that I became a better designer by competing with giants such as Jay,” Gaines said. “The competitiveness that I felt in my younger days quickly turned into admiration as I realized I was watching brilliance unfold on the field … I am a better designer because of Jay.”

Murphy’s talents have extended into the winter color guard arena, having been a part of gold-medal-winning productions with the likes of the St. Anthony’s Imperials, Blue Devils and San Jose Raiders. Murphy was inducted into the Winter Guard International Hall of Fame in 1995.

Affectionately dubbed by many as the “Pen of Pageantry” after working on projects for Drum Corps International, Winter Guard International and Bands of America for decades, there is perhaps no one who has amassed a bigger portfolio of writings about the breadth of the modern-day competitive marching arts than the late Michael Boo.

Originally hired in 1989 as a Drum Corps International staff writer to put together the corps program synopses for the organization’s annual souvenir yearbooks, Boo’s byline has been a fixture across DCI’s print publications and website ever since, credited to a diverse array of media including feature articles, CD and DVD liner notes, live play-by-play event blogs, podcast and video commentary, and more.

Growing up in the Cavaliers organization as a French horn player and mallet percussionist from 1975-1977 and “bleeding green” in all that he did, Boo was a super fan of all drum corps, from the smallest Open Class groups all the way up through the World Class ranks.

“Michael worked tirelessly to ensure that every corps’ story was told, down to the smallest detail,” said DCI Hall of Fame member Tom Blair (‘15). “And he did so always with the intent of supporting those corps and DCI. His self-appointed mission was to shine a bright light on an activity he dearly loved.”

When it came to writing about and reporting on DCI corps and events, Boo helped usher in a digital age of marching music content creation. He pioneered and perfected the “live blog,” utilizing his rare talent to write as fast as his brain could think, effortlessly describing performances as they happened at a time before webcasting the biggest shows of the DCI Tour became commonplace. In doing so he exponentially increased the audience size of DCI events by bringing those who might not have had the opportunity to be sitting in the stands right into the middle of the action.

“Michael recorded, marketed and preserved the history of our amazing activity with an eloquence, vocabulary and passion that gave a voice to what drum corps has meant to so many of us,” DCI Hall of Fame member Dennis DeLucia (’91) said.

Prior to devoting the majority of his time to Drum Corps International, Boo served as a writer for the magazine “American Skating World” and in 1998 published an honors-winning book on the history of figure skating. Boo also had an affinity for writing music. His compositions have been part of the catalogs of Carl Fischer Music, Ludwig Music Publishing, Alfred Music, TRN Music Publisher and Grand Mesa Music.

Boo passed away November 18, 2020 in his hometown of Chesterton, Indiana at the age of 65.