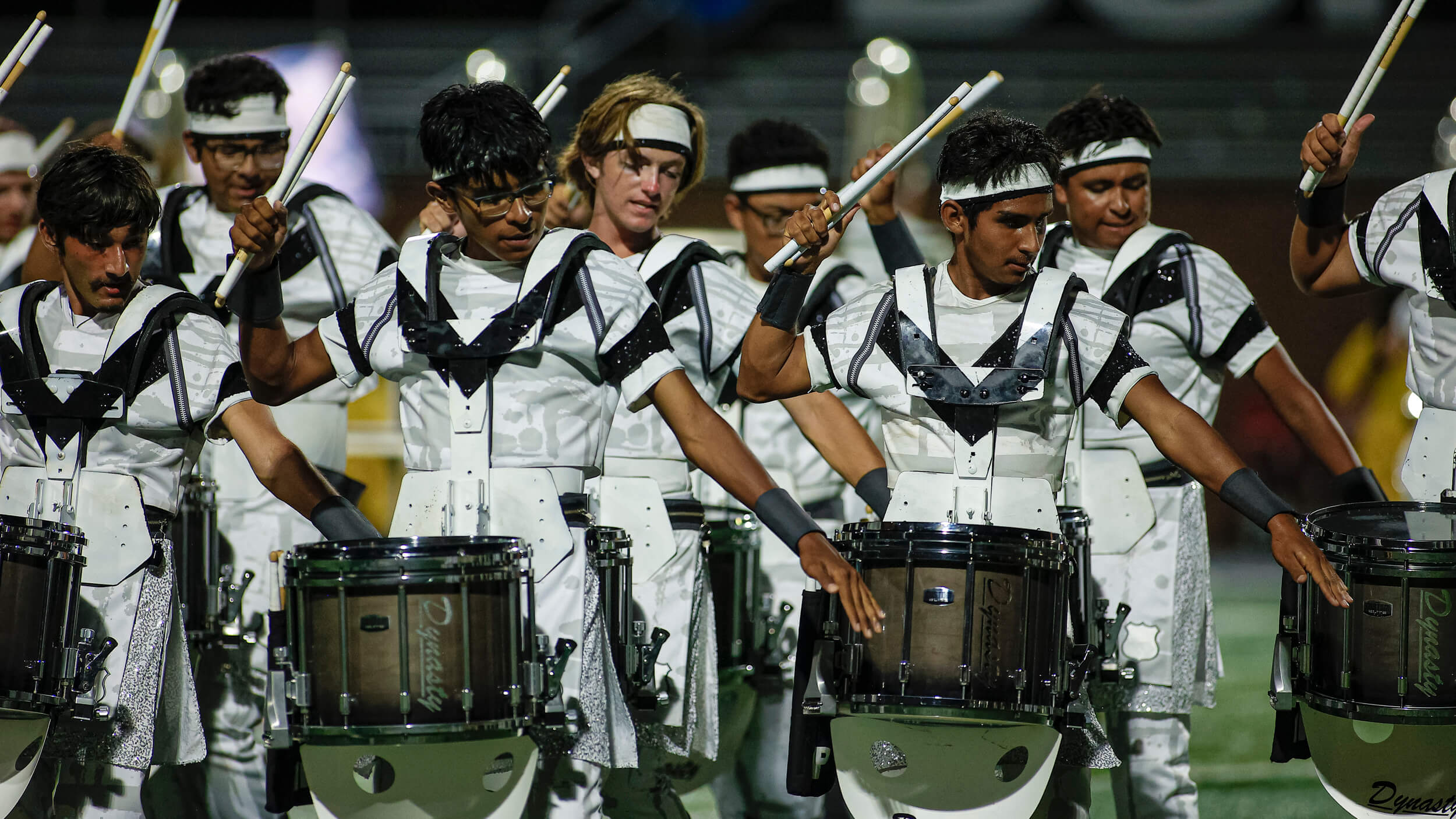 Vanguard Cadets, the 2017 and 2018 Open Class World Champion, took the top spot in Monday’s competition by just over a point over the field of Open Class competitors.

“It was really good; it was one of the best runs we’ve had,” Vanguard Cadets drum major Lauren Bristol said. “It felt amazing on the podium — definitely 10 out of 10.”

Vanguard Cadets’ victory over Gold comes just two days after the two were tied in Charleston, Illinois. The Santa Clara corps won all captions except General Effect 2 and Music Analysis.

Gold, which earned second place and scored over 80 points for just the second time in its history — the first came Saturday in Charleston — set itself up for an all-time highest finish. The southern California corps has never finished higher than third in Open Class World Championship competition.

“We’re making history every single day,” Gold drum major Karlin Weisinger said. “We’re doing so much more than we have ever done in the past. We’re really just looking to continue that and take this as far as we can.”

Blue Devils B and Spartans were both right within striking distance of the second spot, though, each scoring within 0.6 points of Gold. Blue Devils B took the top score in General Effect 2 and from one Music Analysis judge, while Spartans finished as high as second in Percussion and Color Guard.

Guardians put itself in position for an all-time best Open Class finish with its Top 5 placement Monday night; the Texas corps has never finished higher than seventh in its four Open Class World Championship appearances.

Southwind, which finished fifth at 2019’s Open Class event, scored within 1.35 of Guardians and earned fifth place in color guard.

Legends and The Battalion featured the event’s closest competitive race, separated by just 0.225. While the Utah corps earned an advantage in general effect, Legends scores in the music and visual captions made the difference.

The Battalion’s eighth-place finish was one of many highlights in a momentous Monday for the Salt Lake City corps, as it made its inaugural appearance at the DCI World Championships.

“It’s surreal, honestly,” Battalion drum major Reece Davis said. “Building up to all of this the last couple of days has been electric. We’re thrilled to finally be here; it’s a big deal.”

Louisiana Stars rounded out the Top 10 just 0.475 points behind River City Rhythm, while scoring ahead of the Minnesota corps in music captions. The Lafayette, Louisiana corps earned 5th place in the percussion caption.

Les Stentors clinched the corps’ first Open Class finalist position since 2015 with its 12th-place finish Monday night. The Canada corps — which ventured all the way to California earlier on the 2022 DCI Tour — scored as high as 10th in color guard.

Raiders and Colt Cadets rounded out the pool of Open Class Prelims participants, both scoring within 1.5 points of the Top 12 cutoff.

Calgary Stampede represented DCI’s International Class division with a strong performance and earned a score of 76.925. The Canada-based ensemble will also perform throughout World Championships Week in Indianapolis.

All 15 of Monday’s performing ensembles will appear again Tuesday at Wildcat Stadium as part of the DCI Open Class World Championship Finals; the Top 12 Open Class scorers will compete for the title of Open Class Champion, while Colt Cadets and Raiders will perform again in exhibition. Calgary Stampede will appear in International Class.