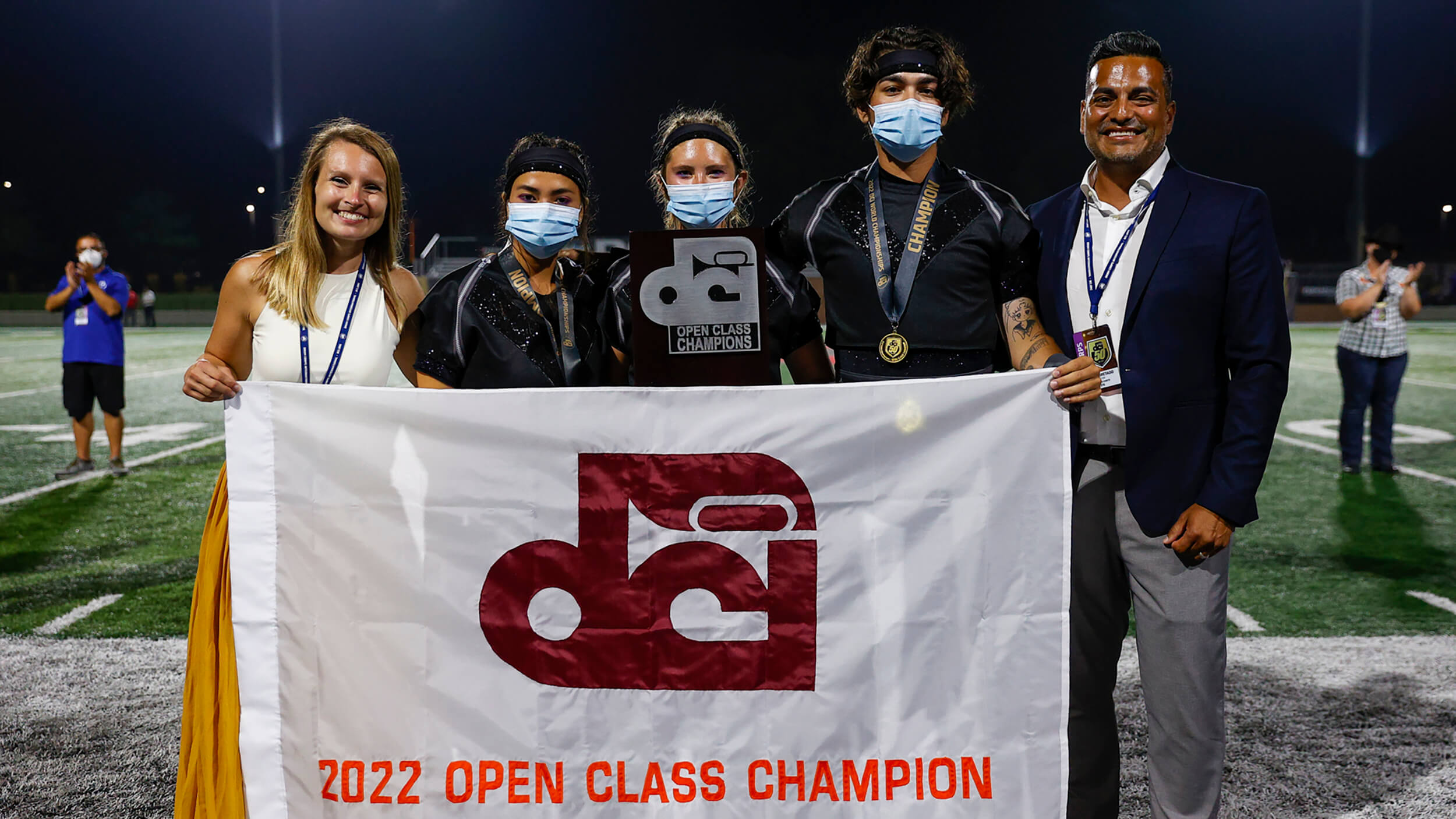 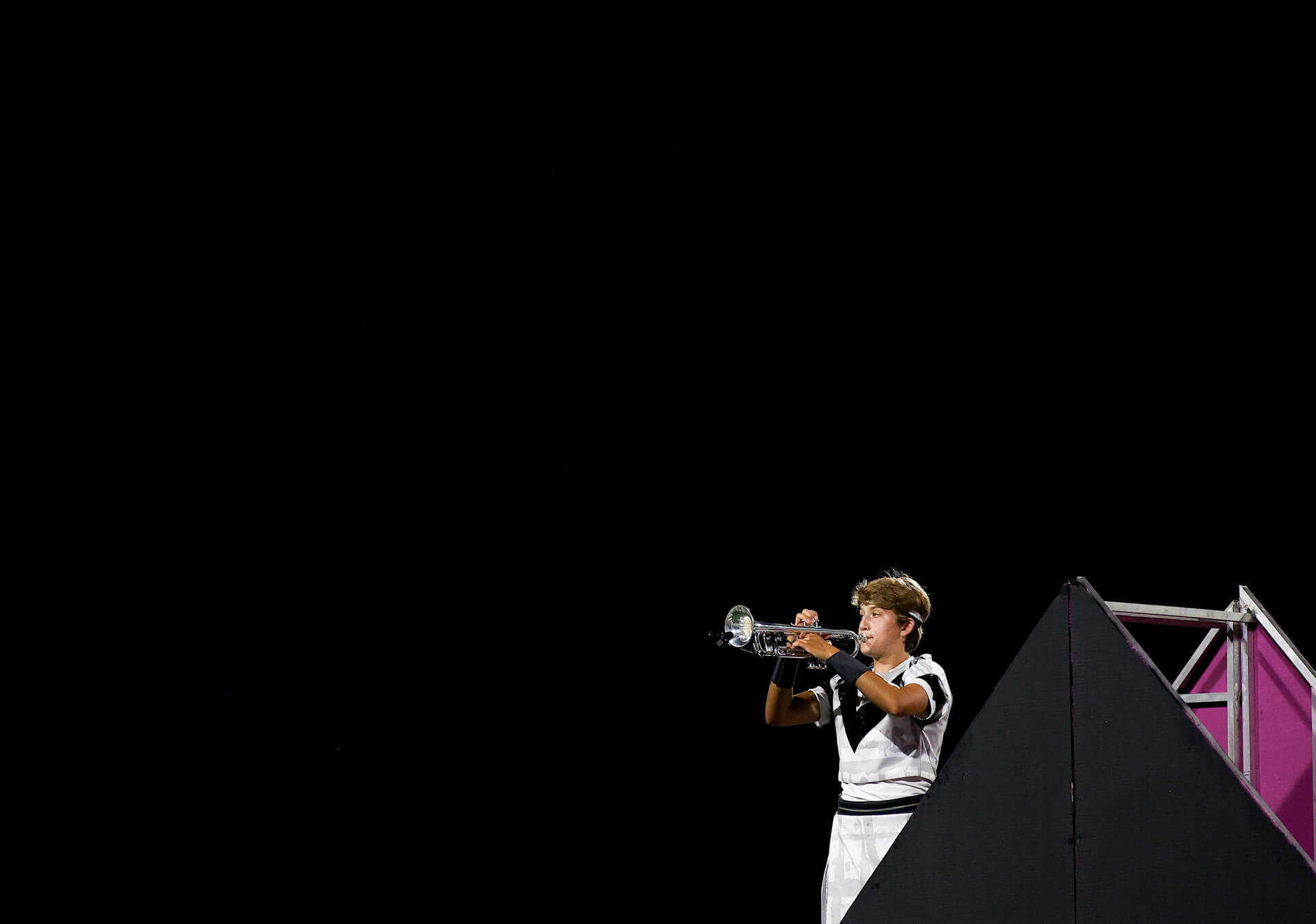 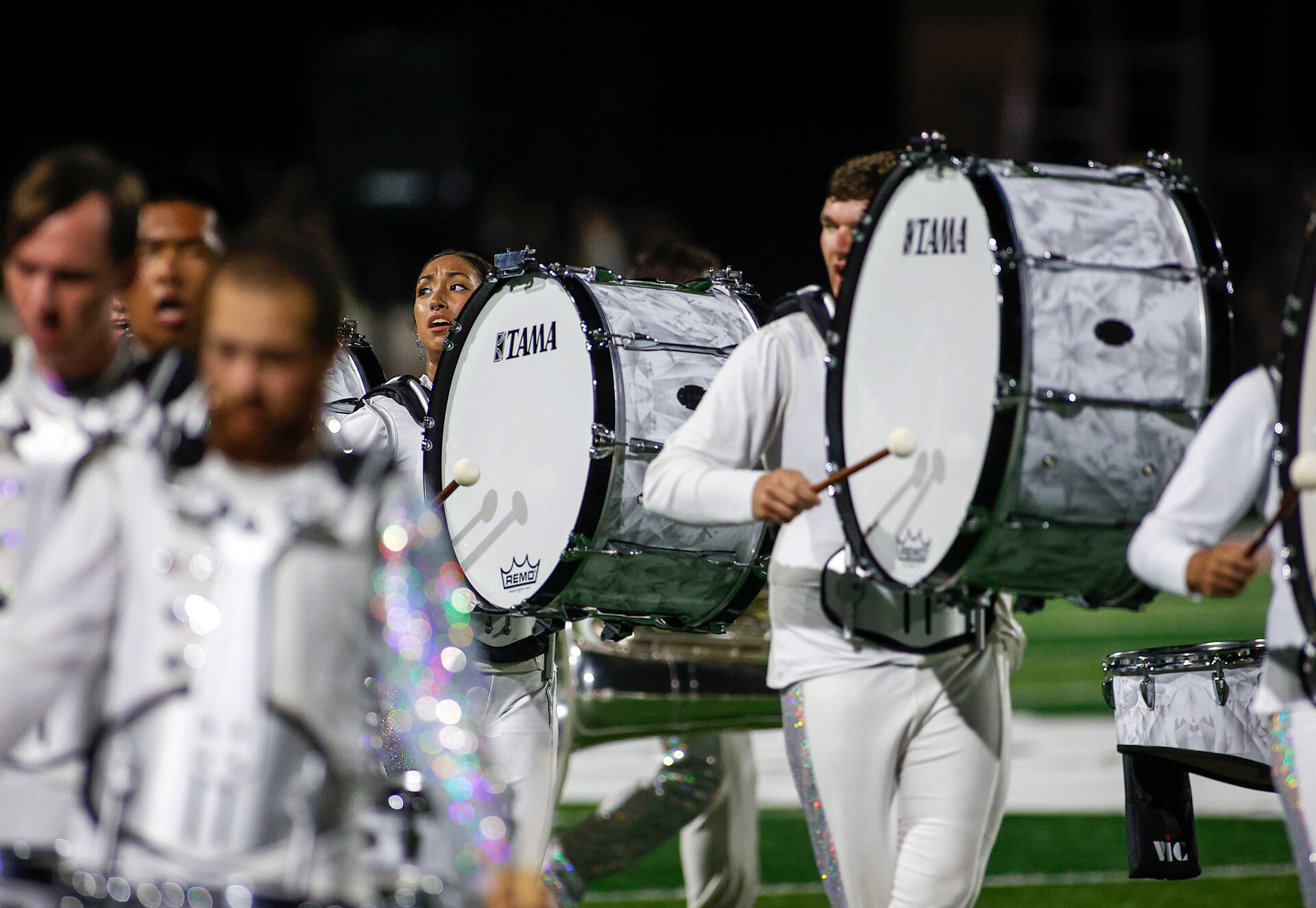 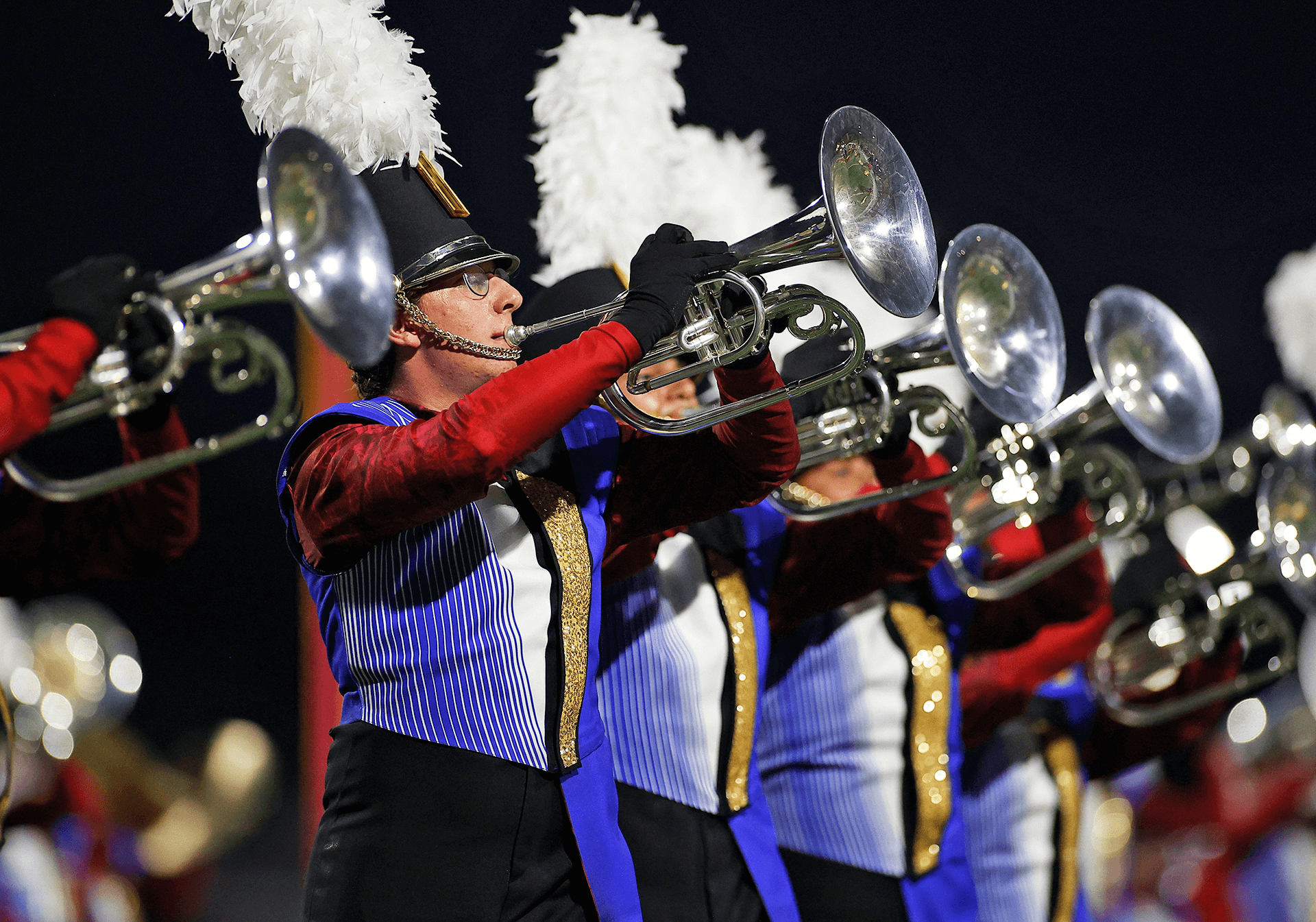 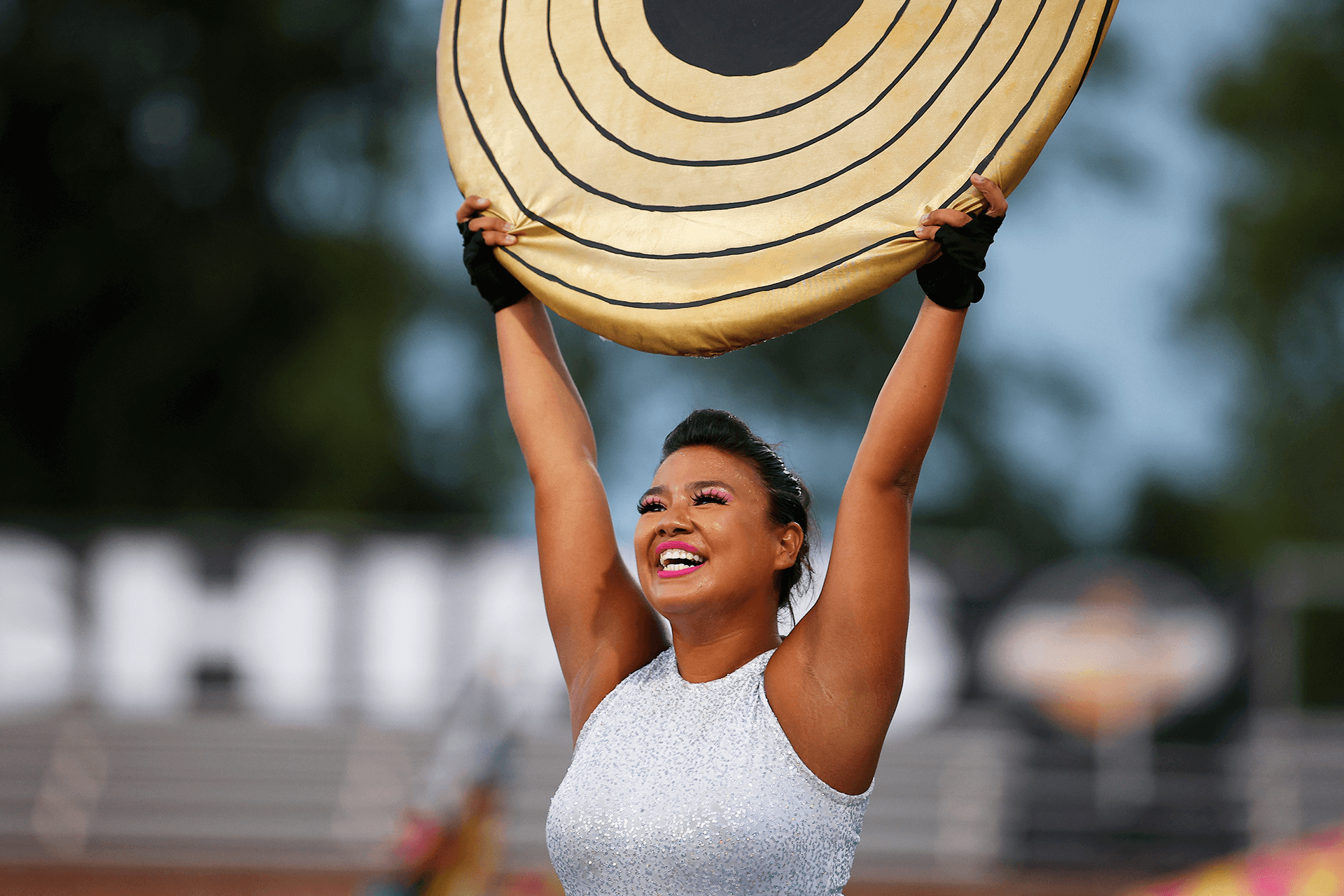 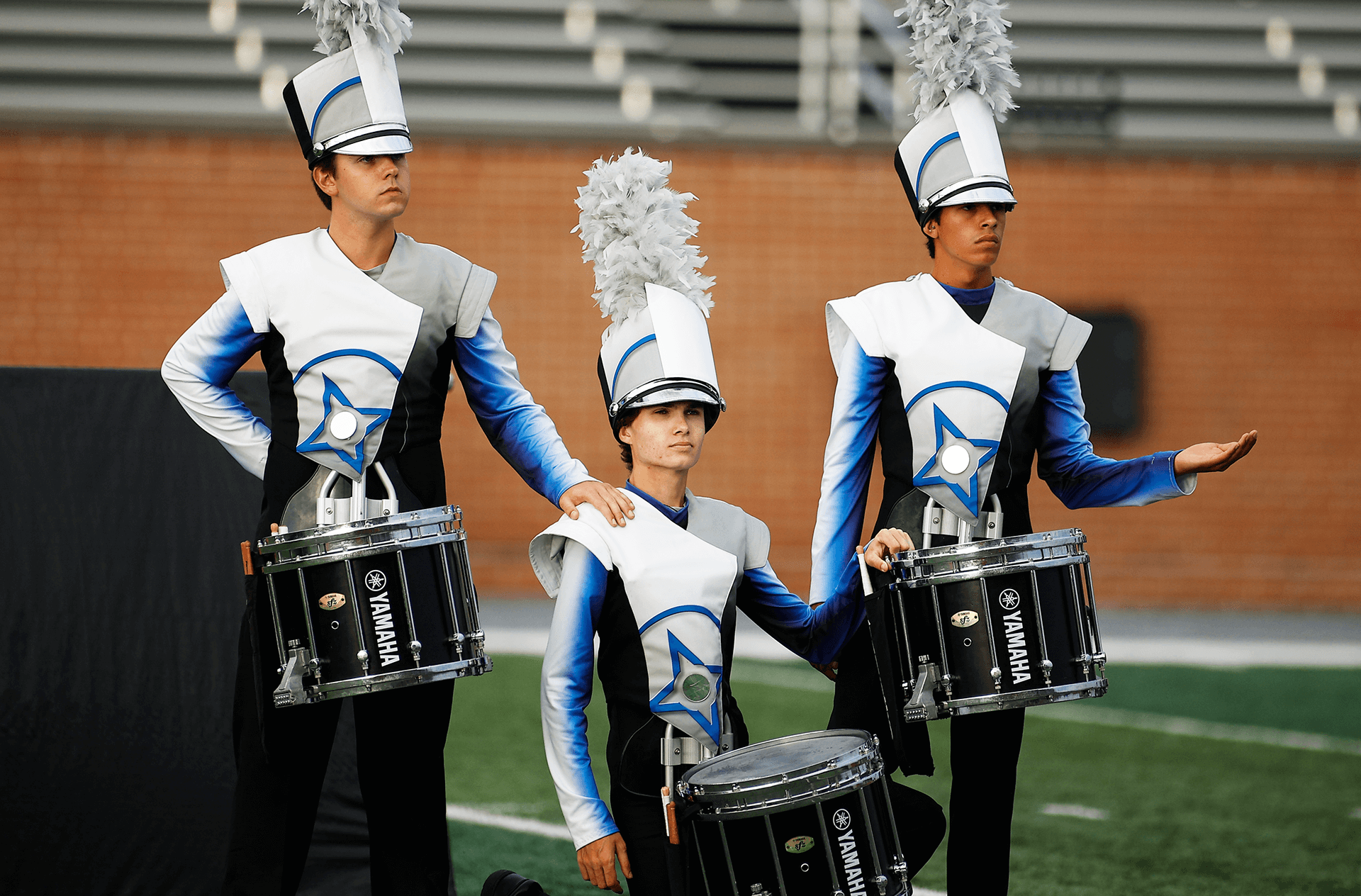 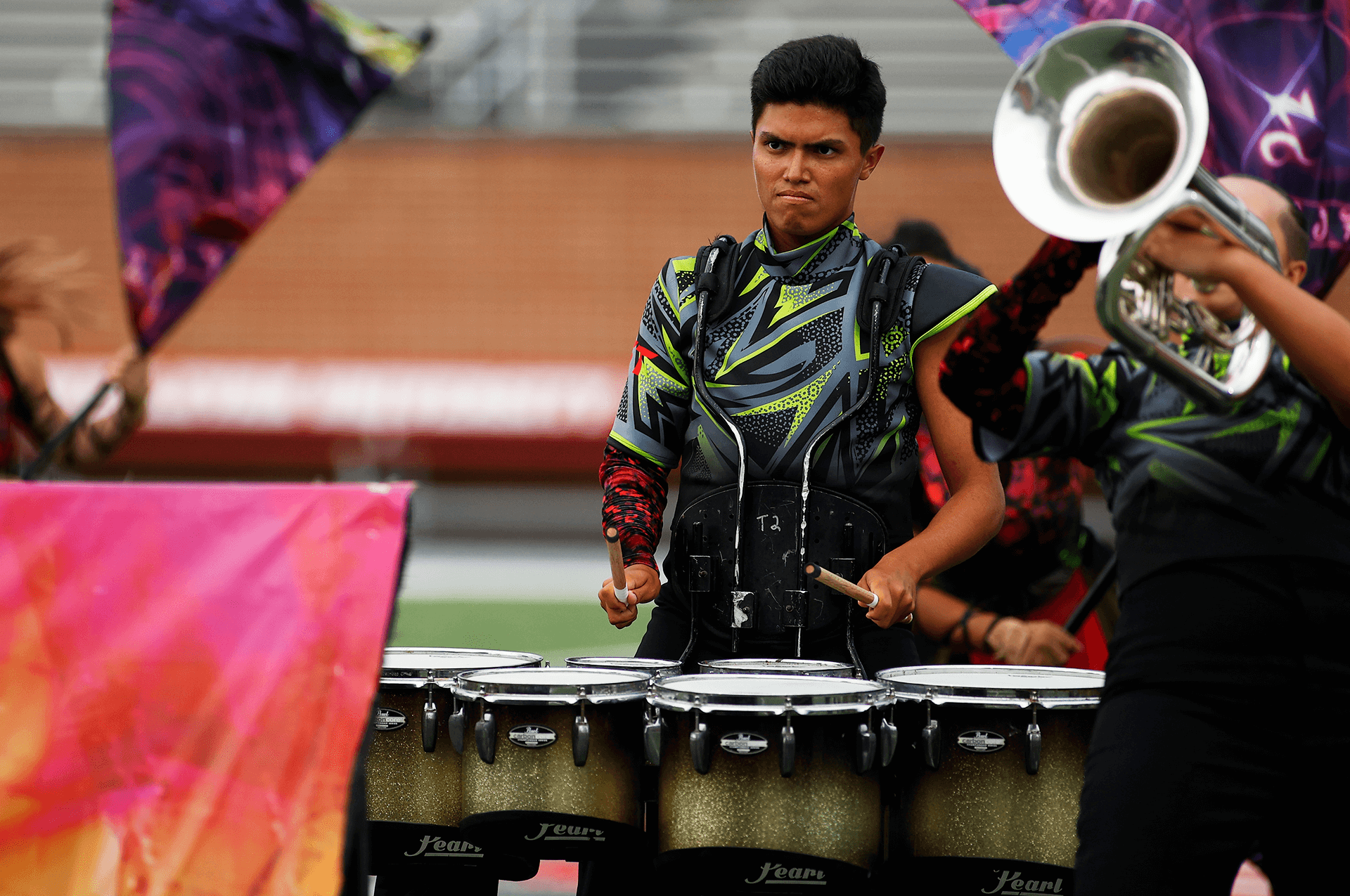 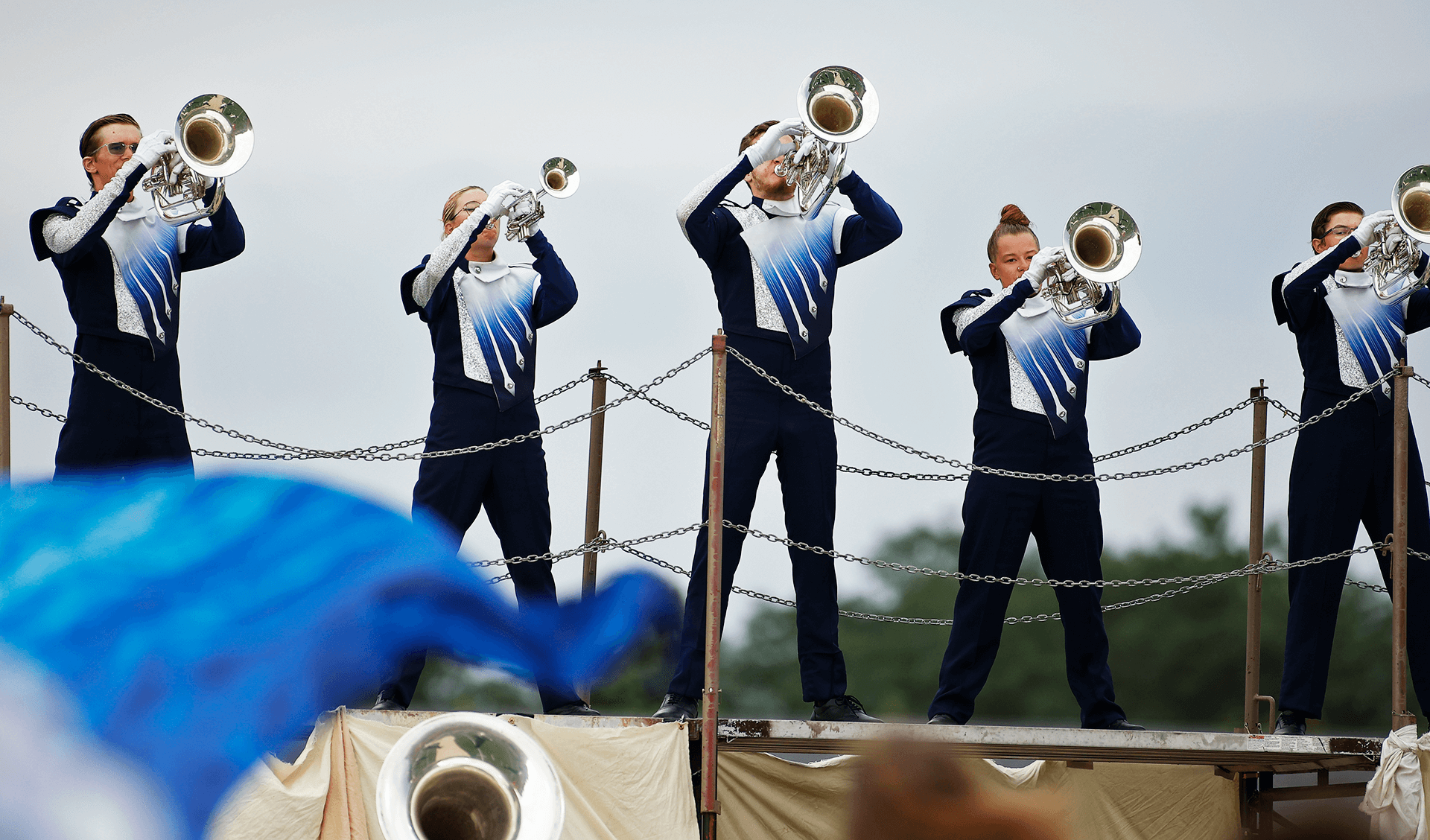 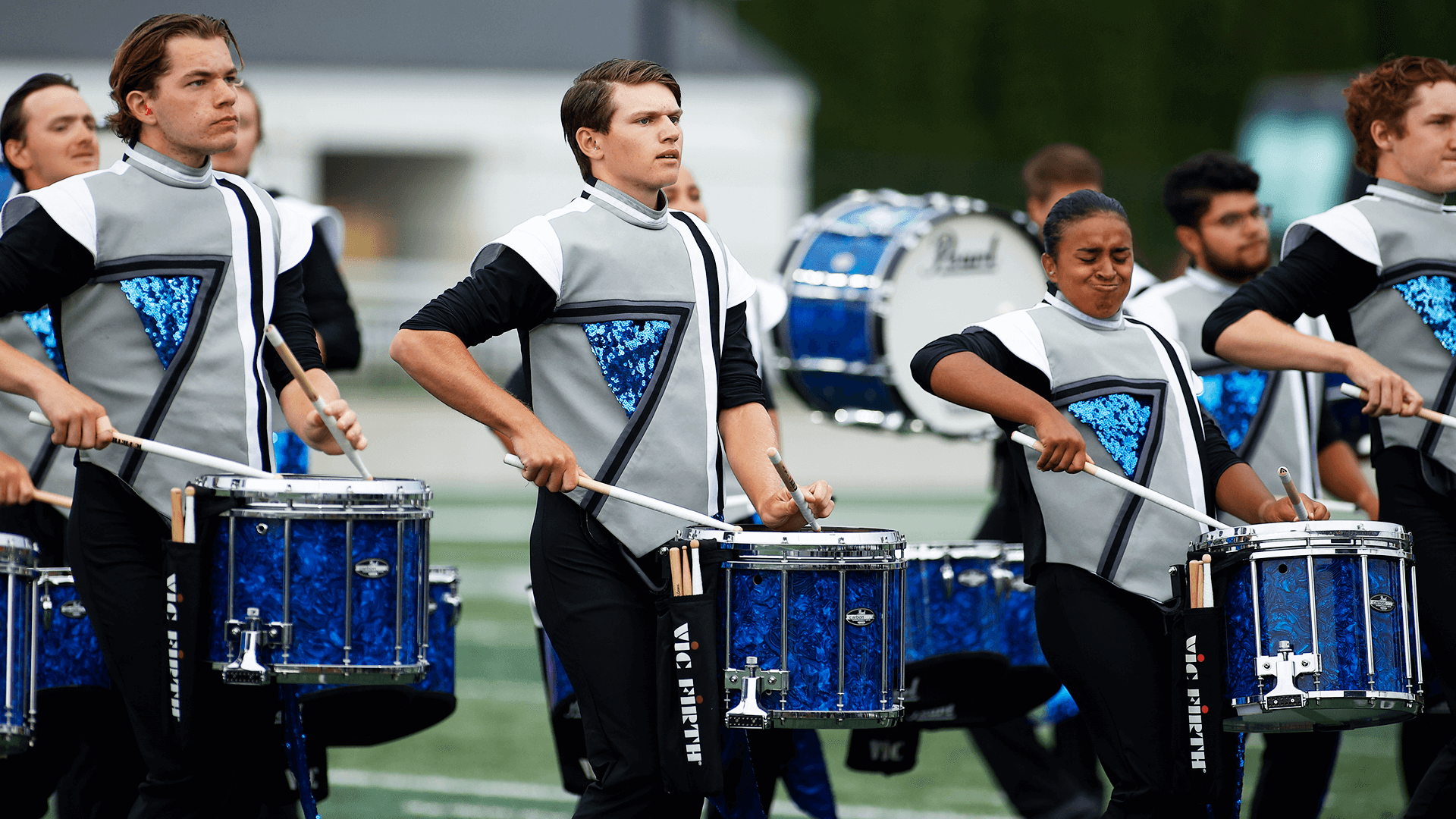 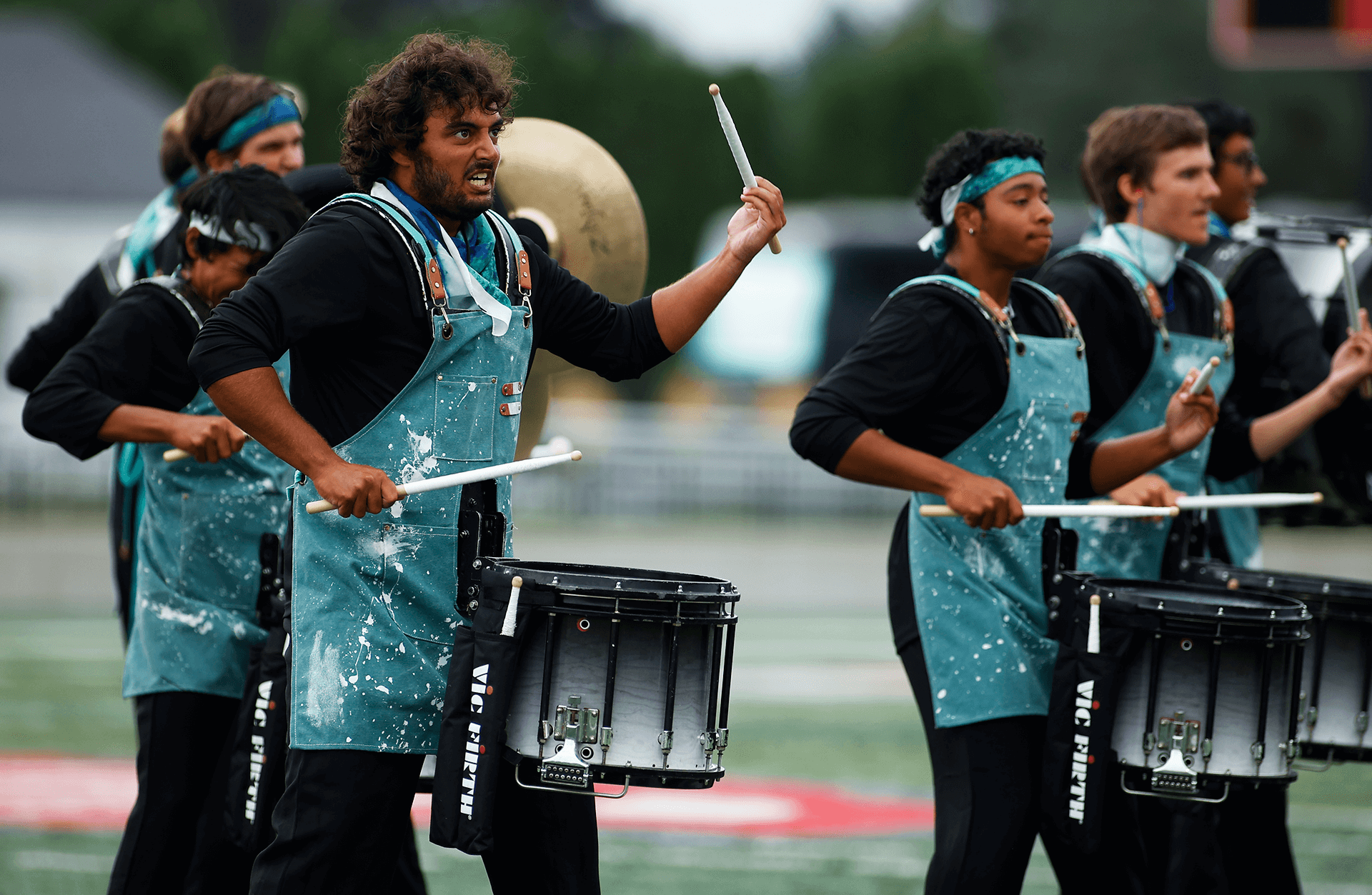 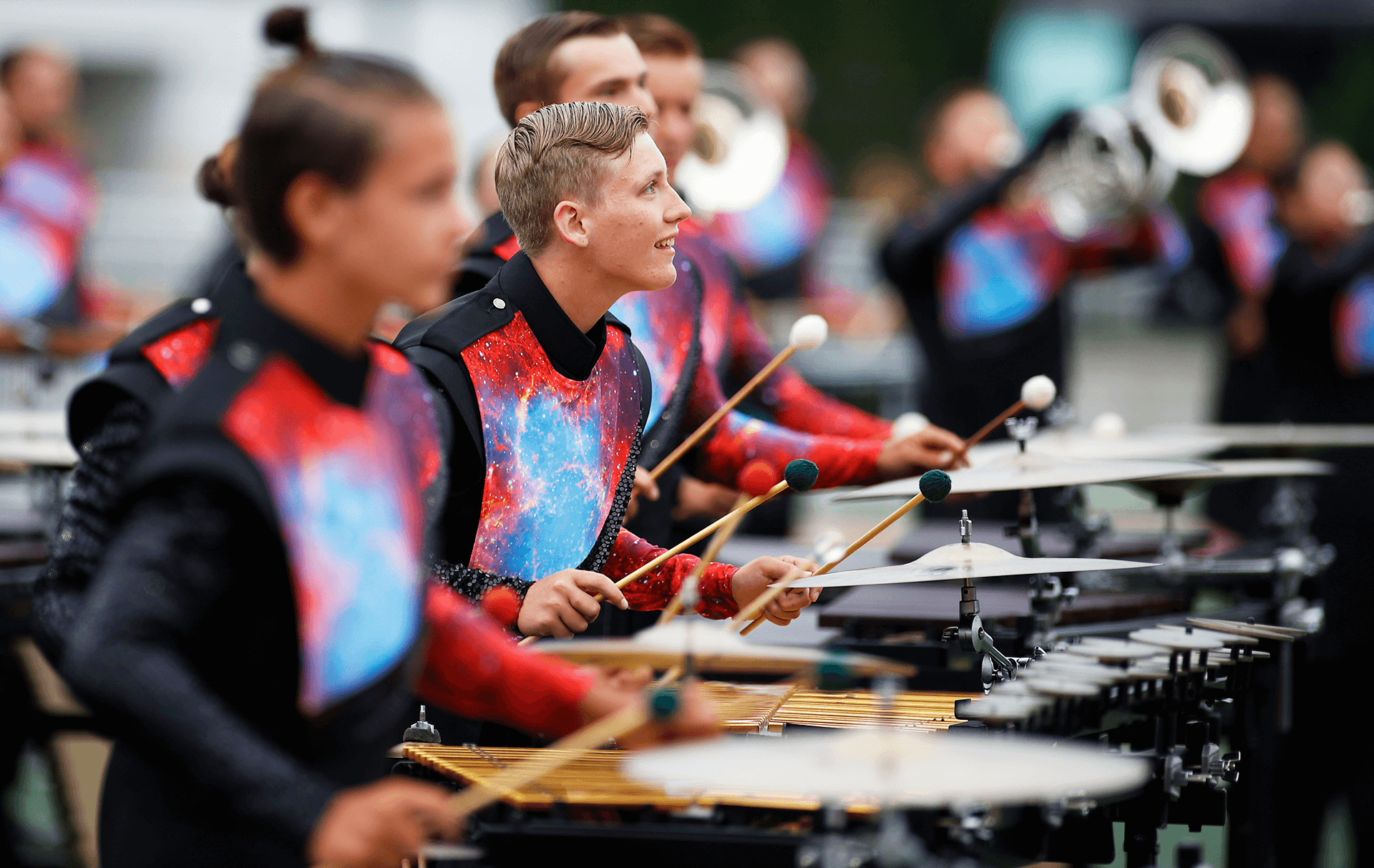 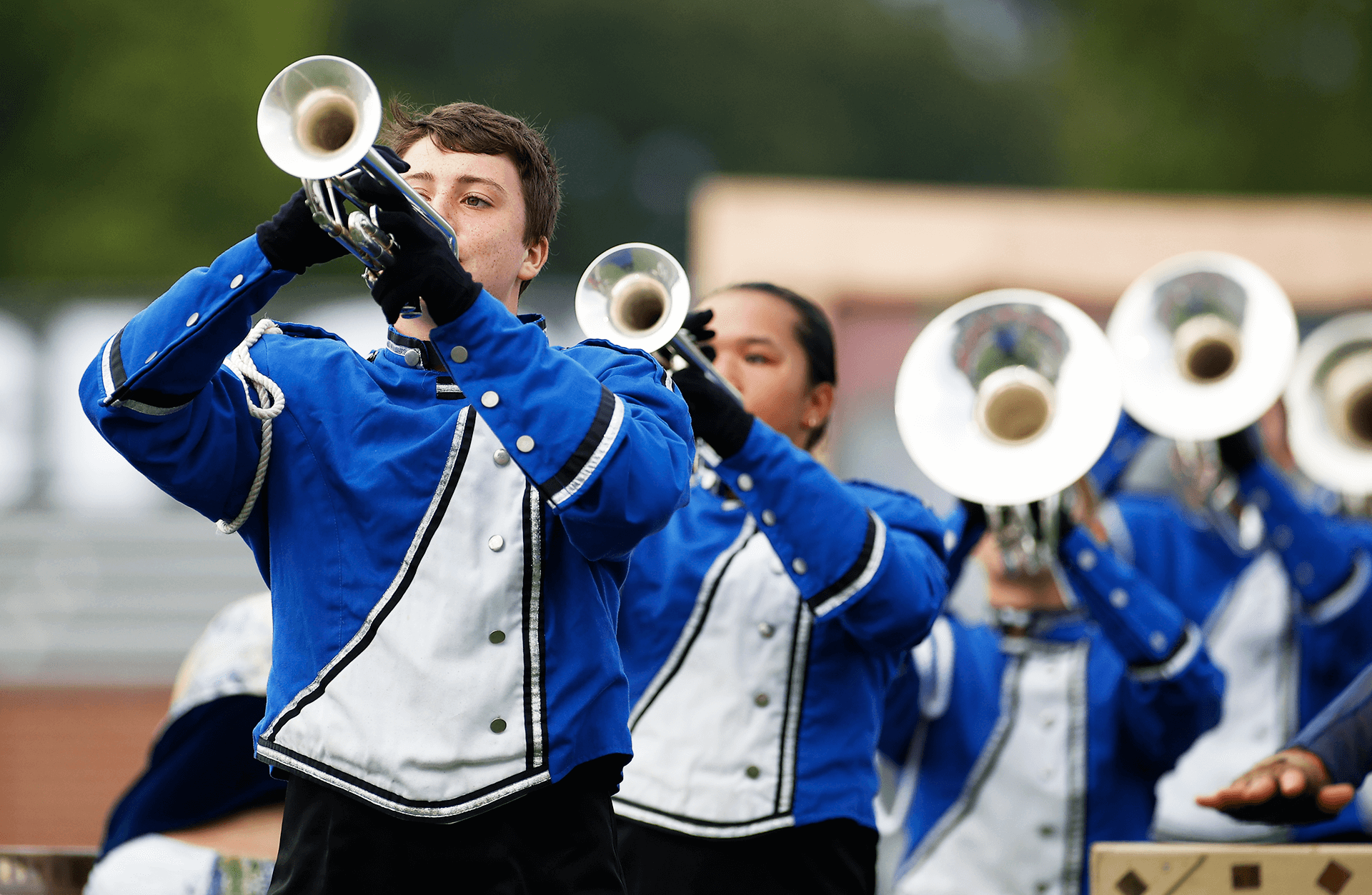 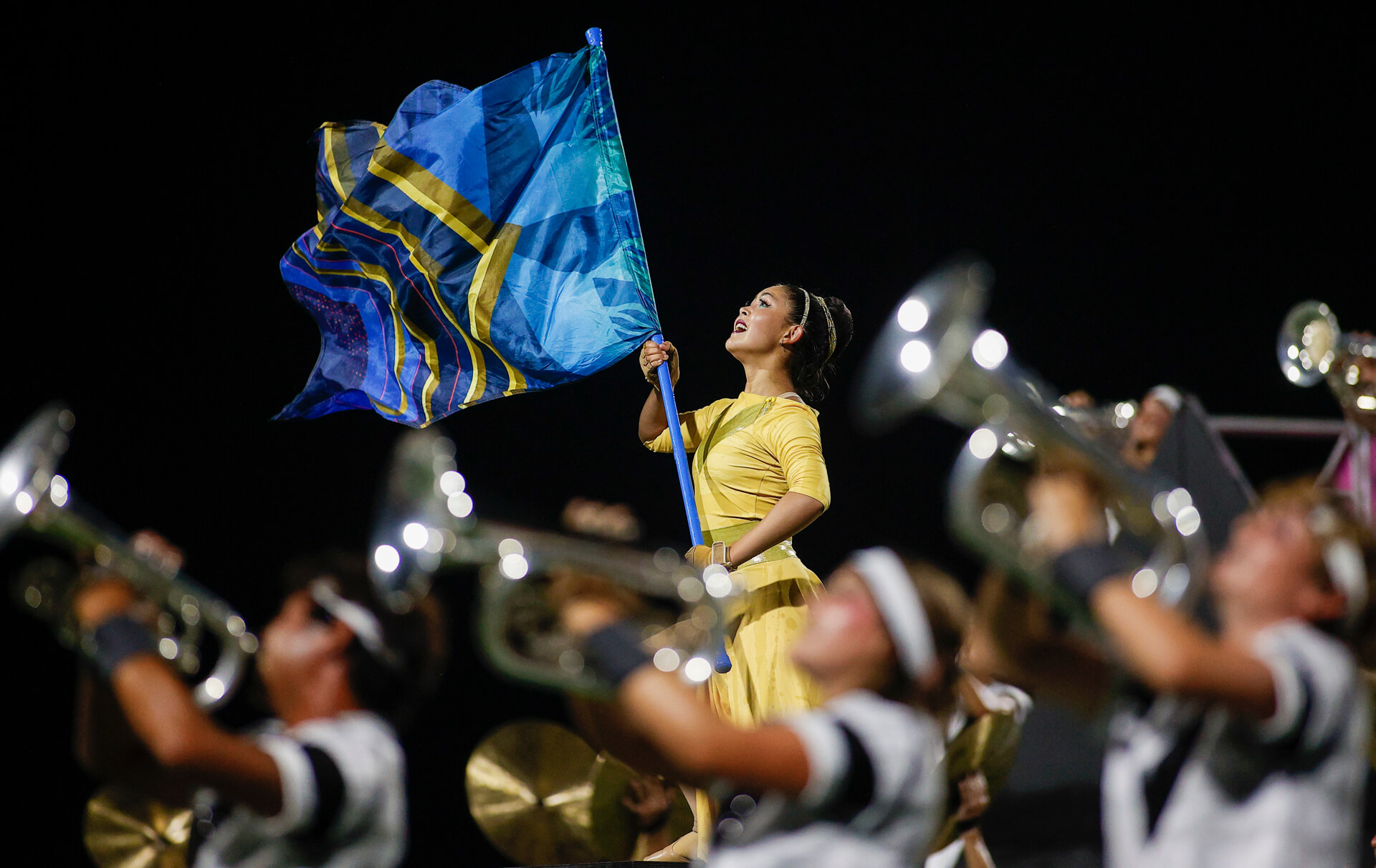 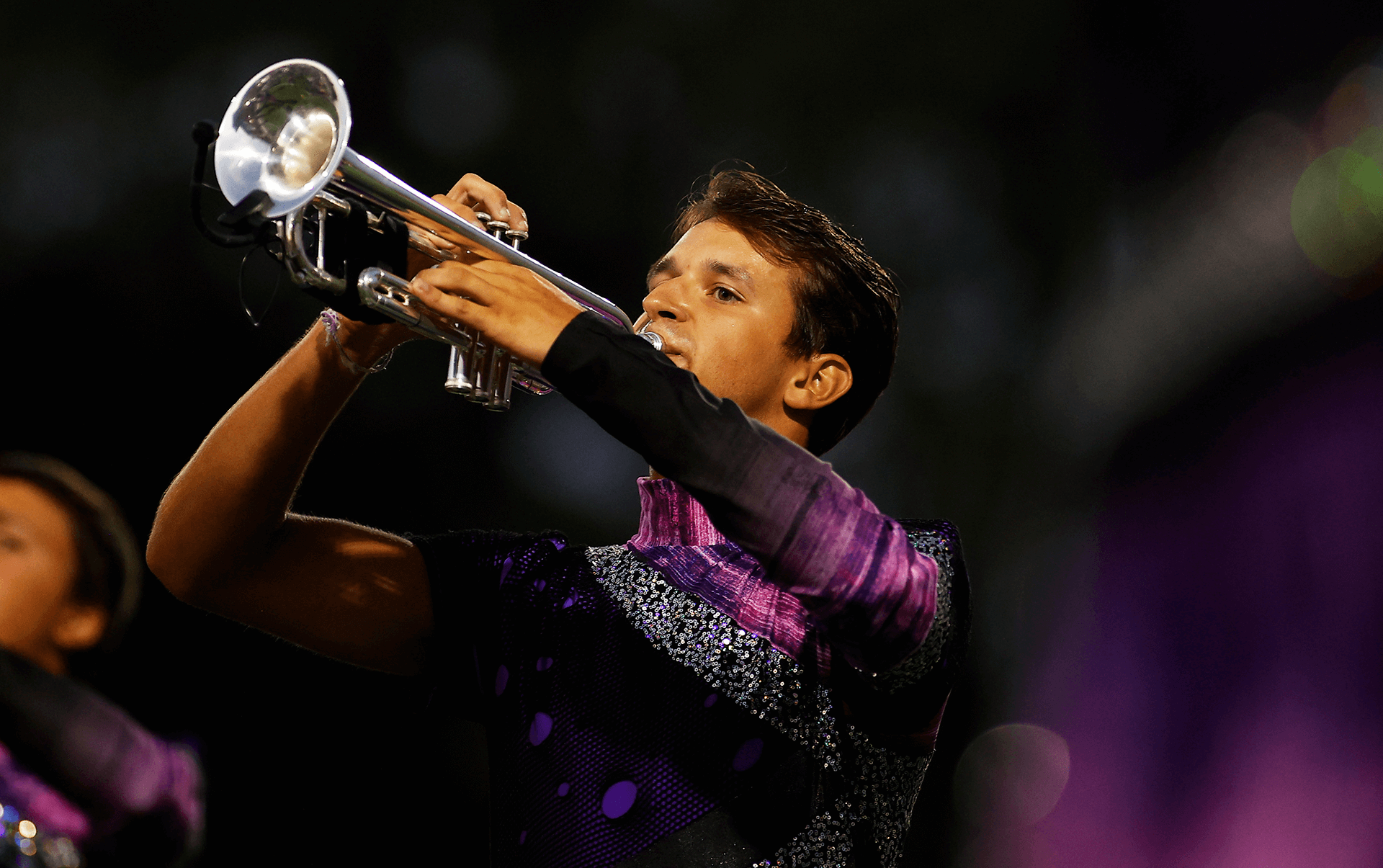 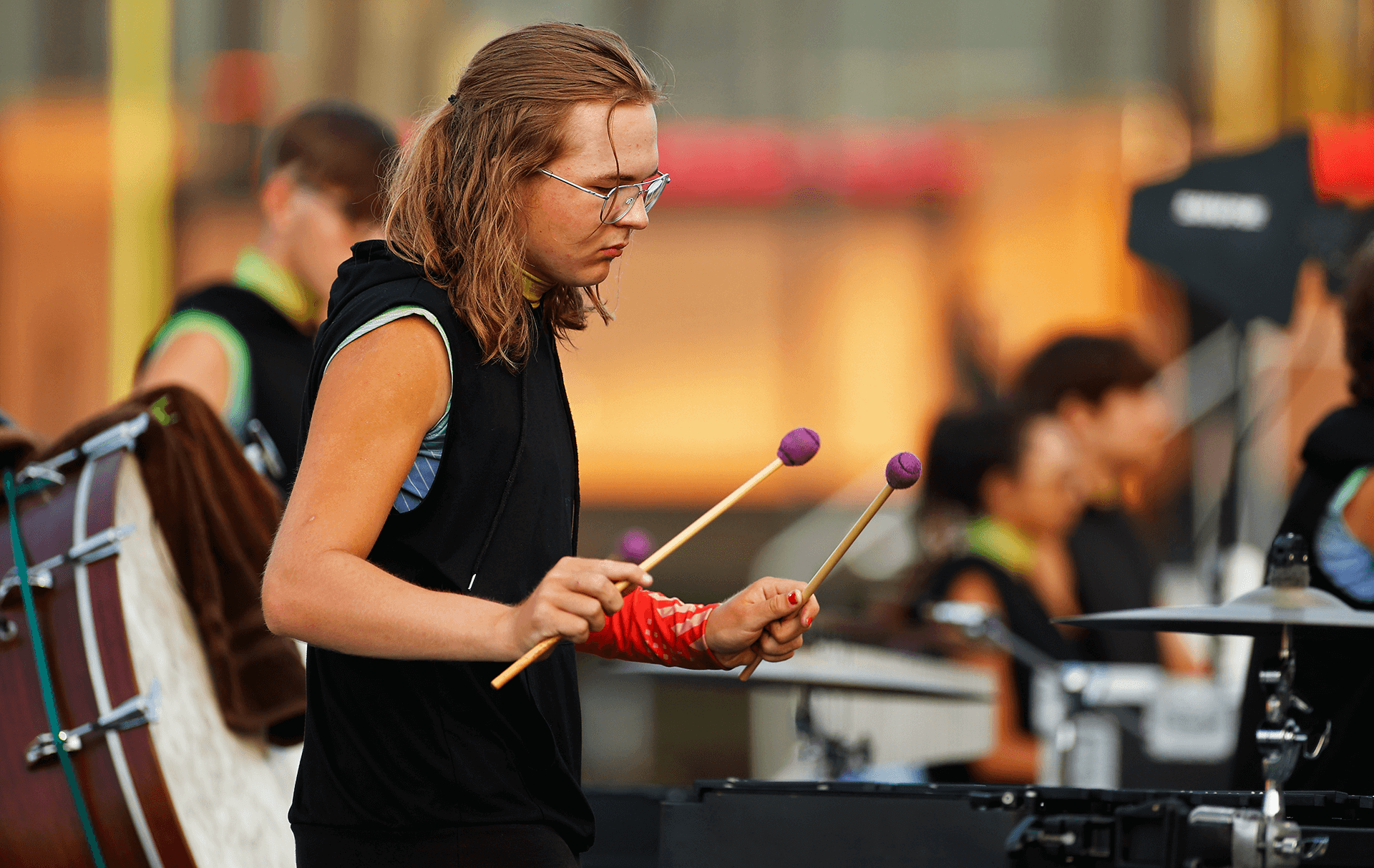 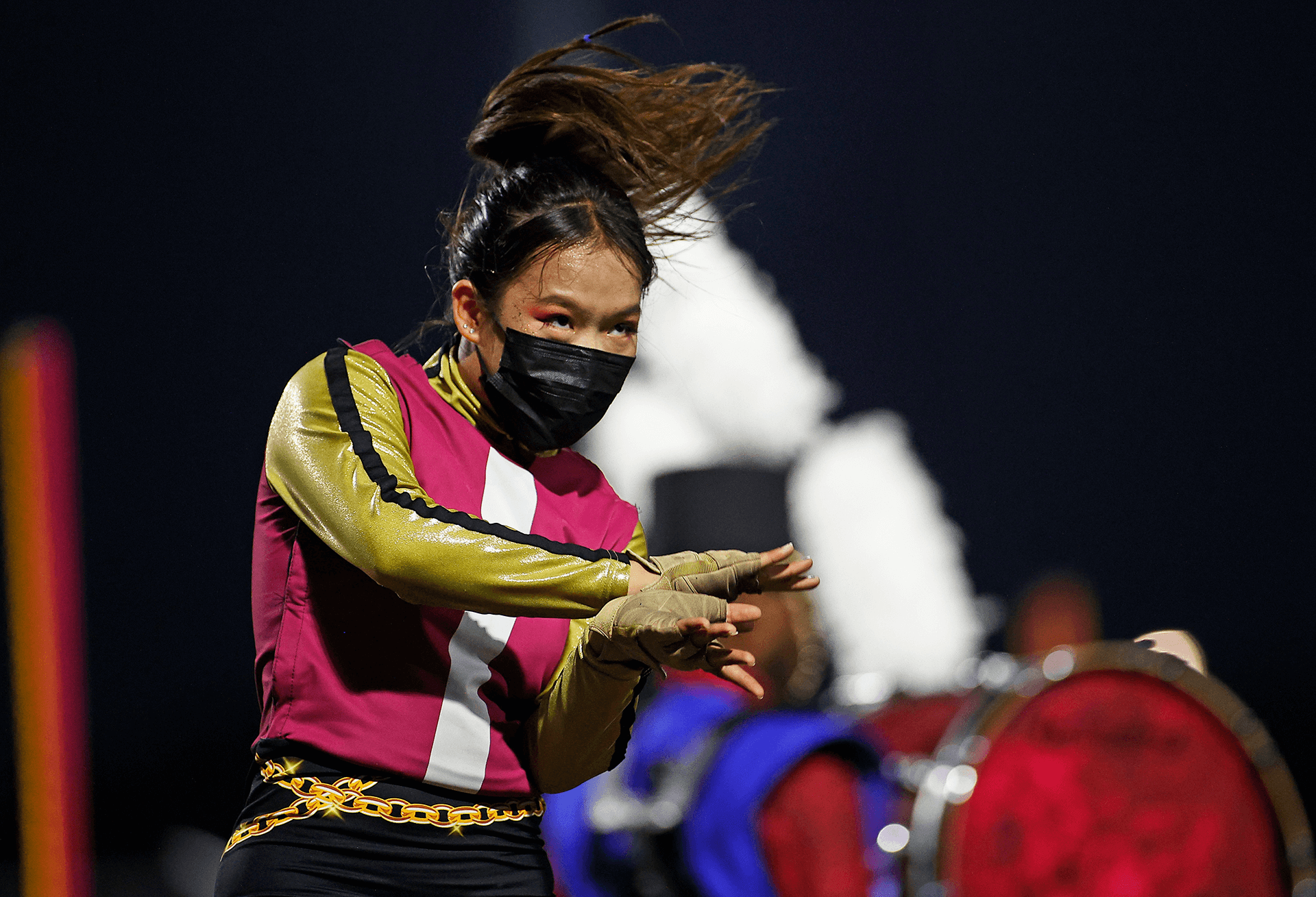 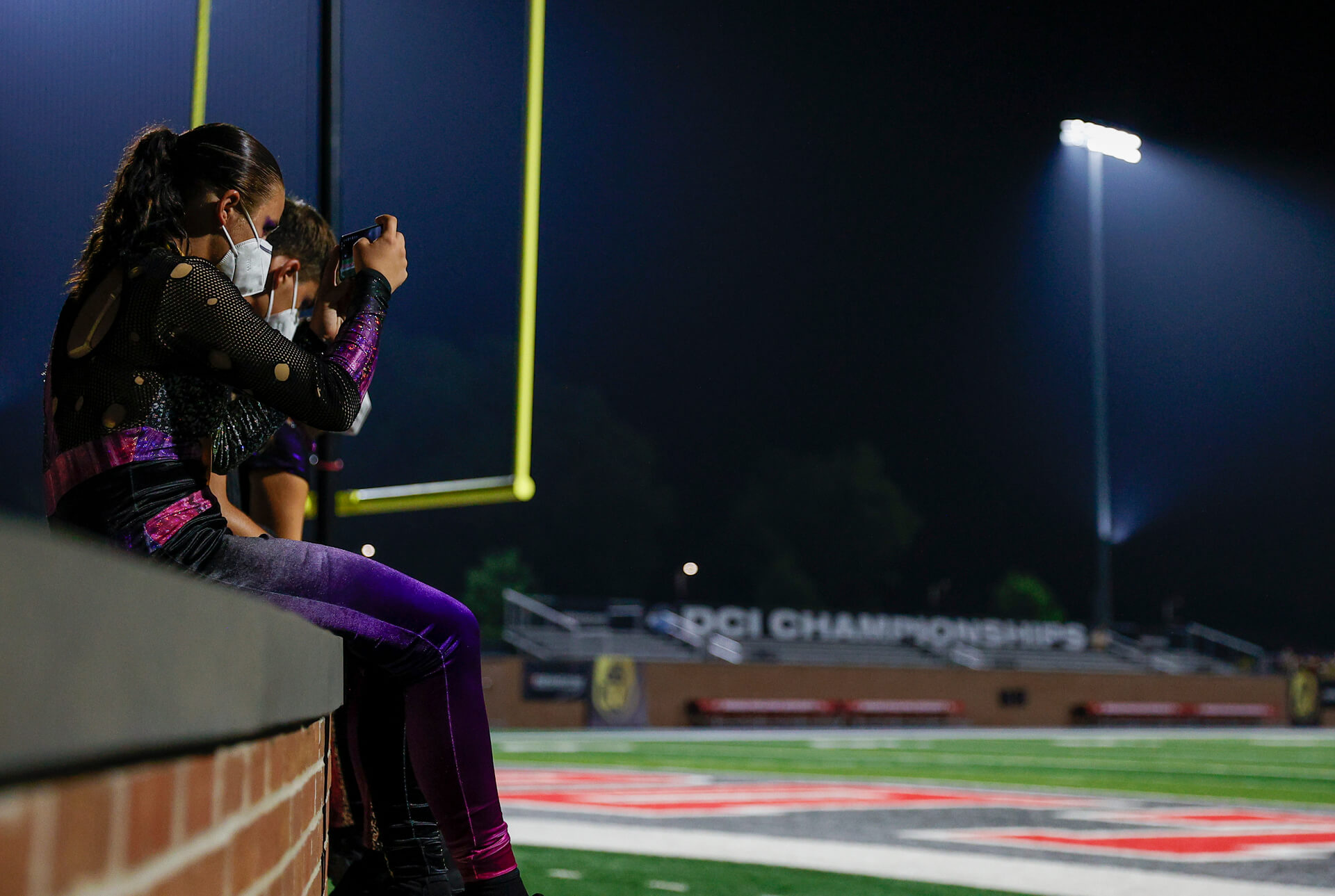 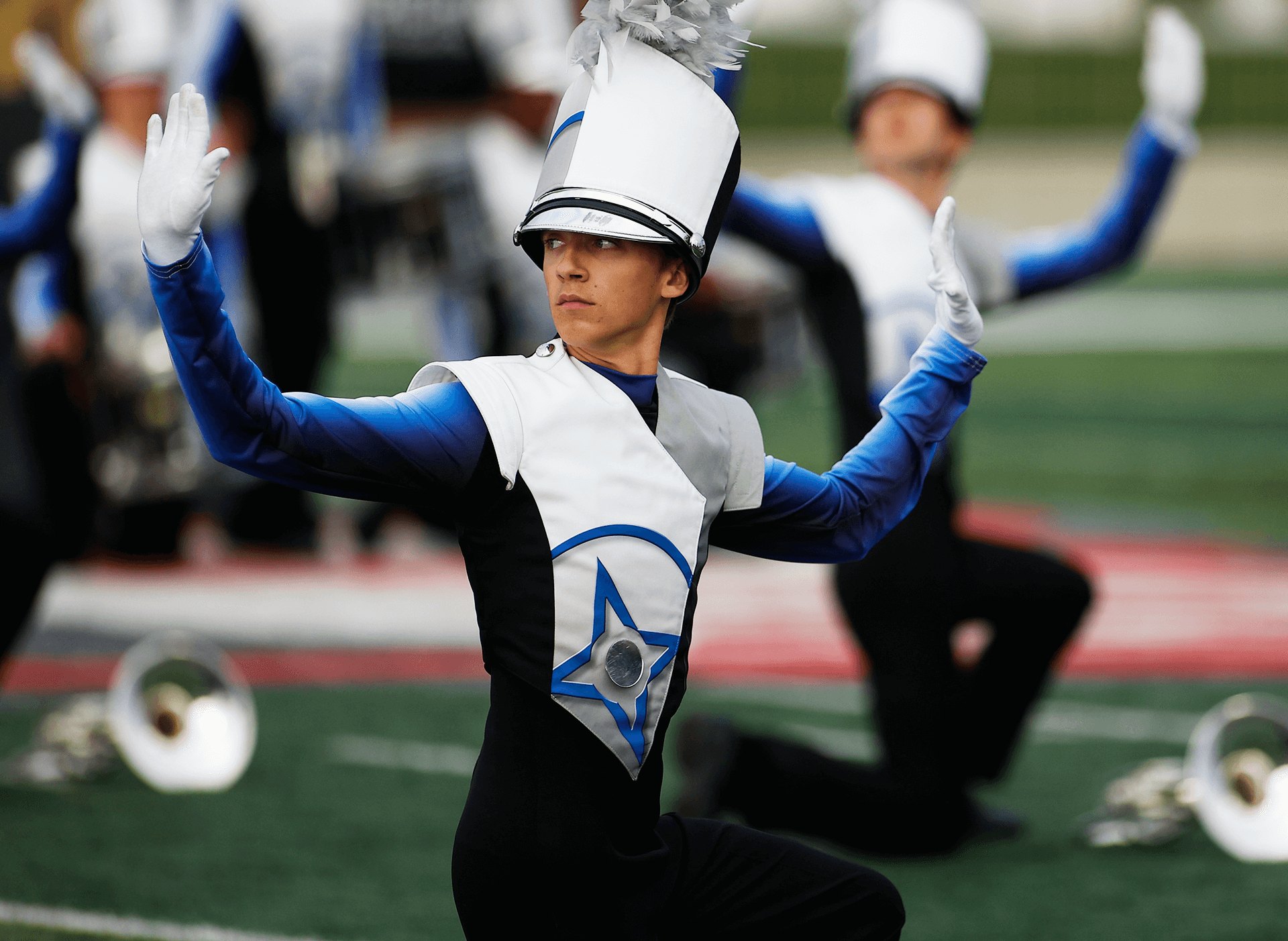 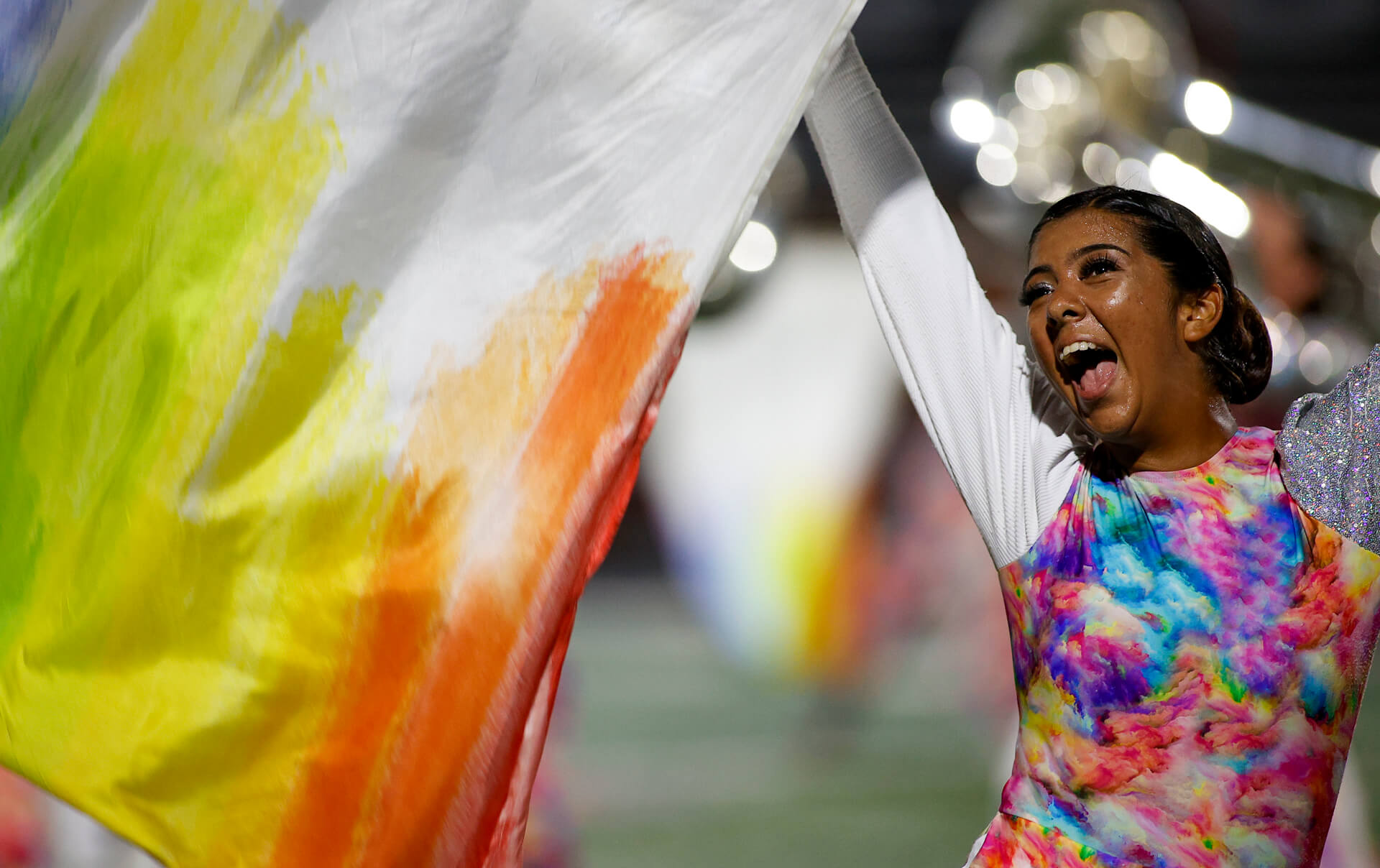 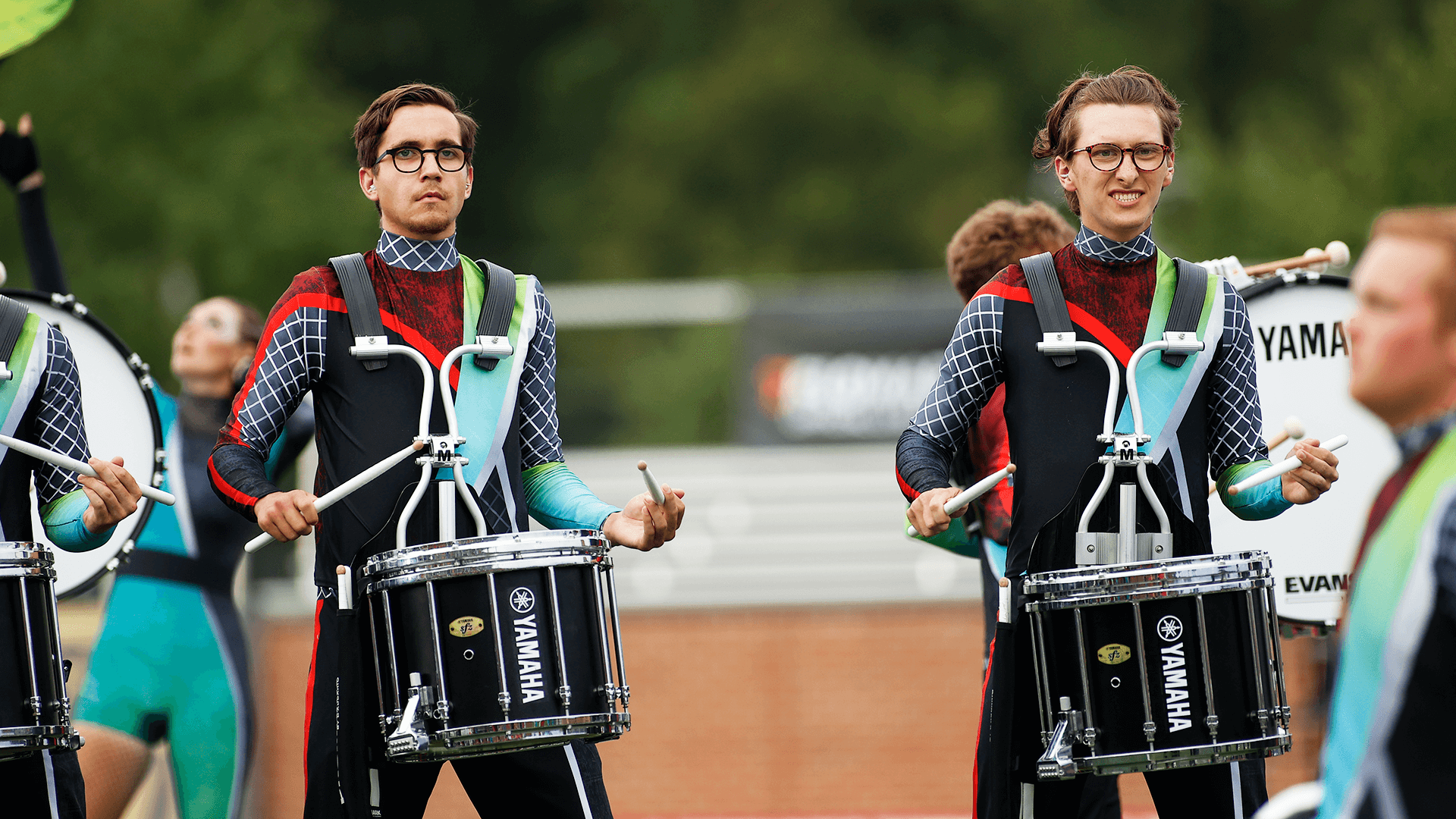 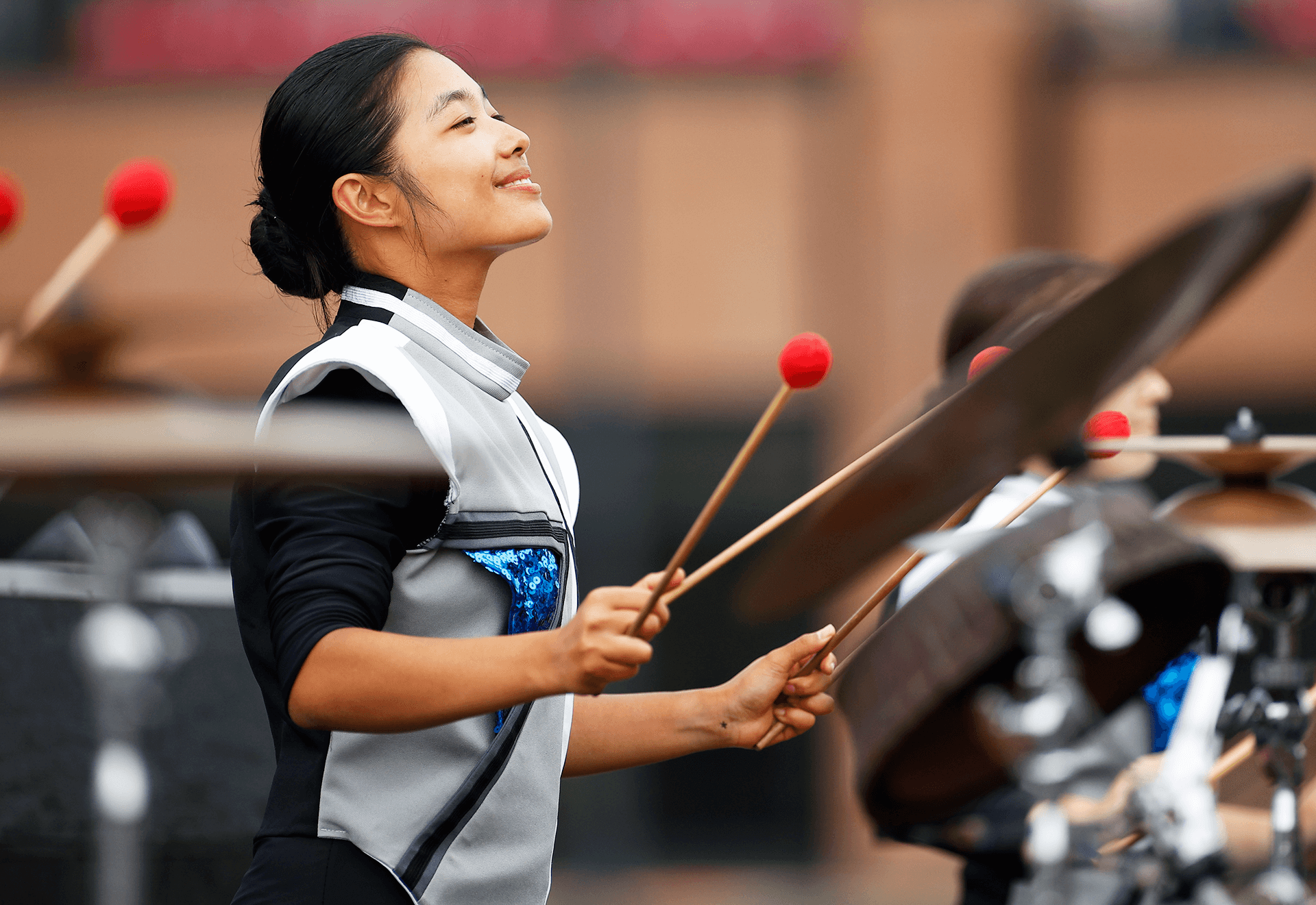 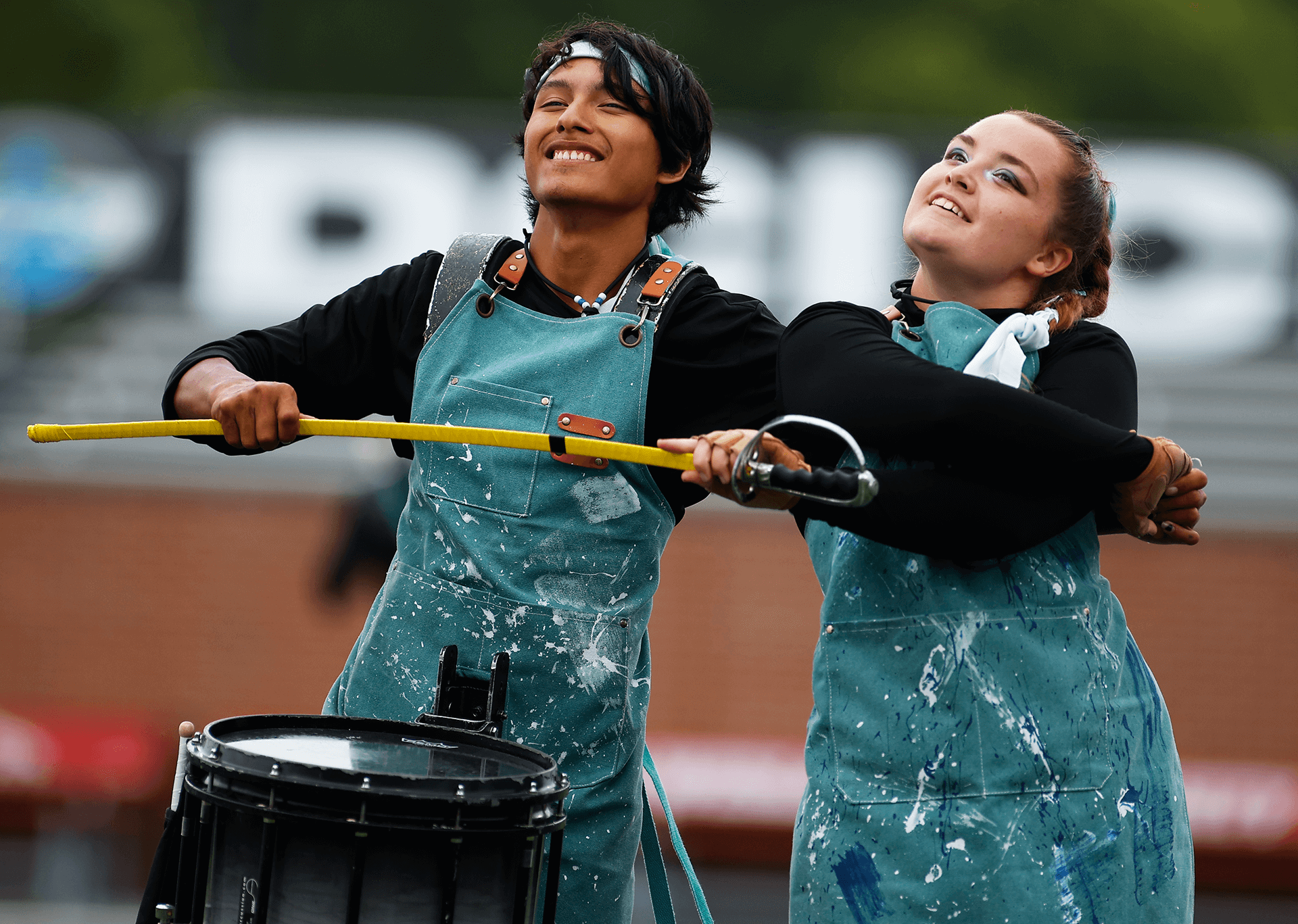 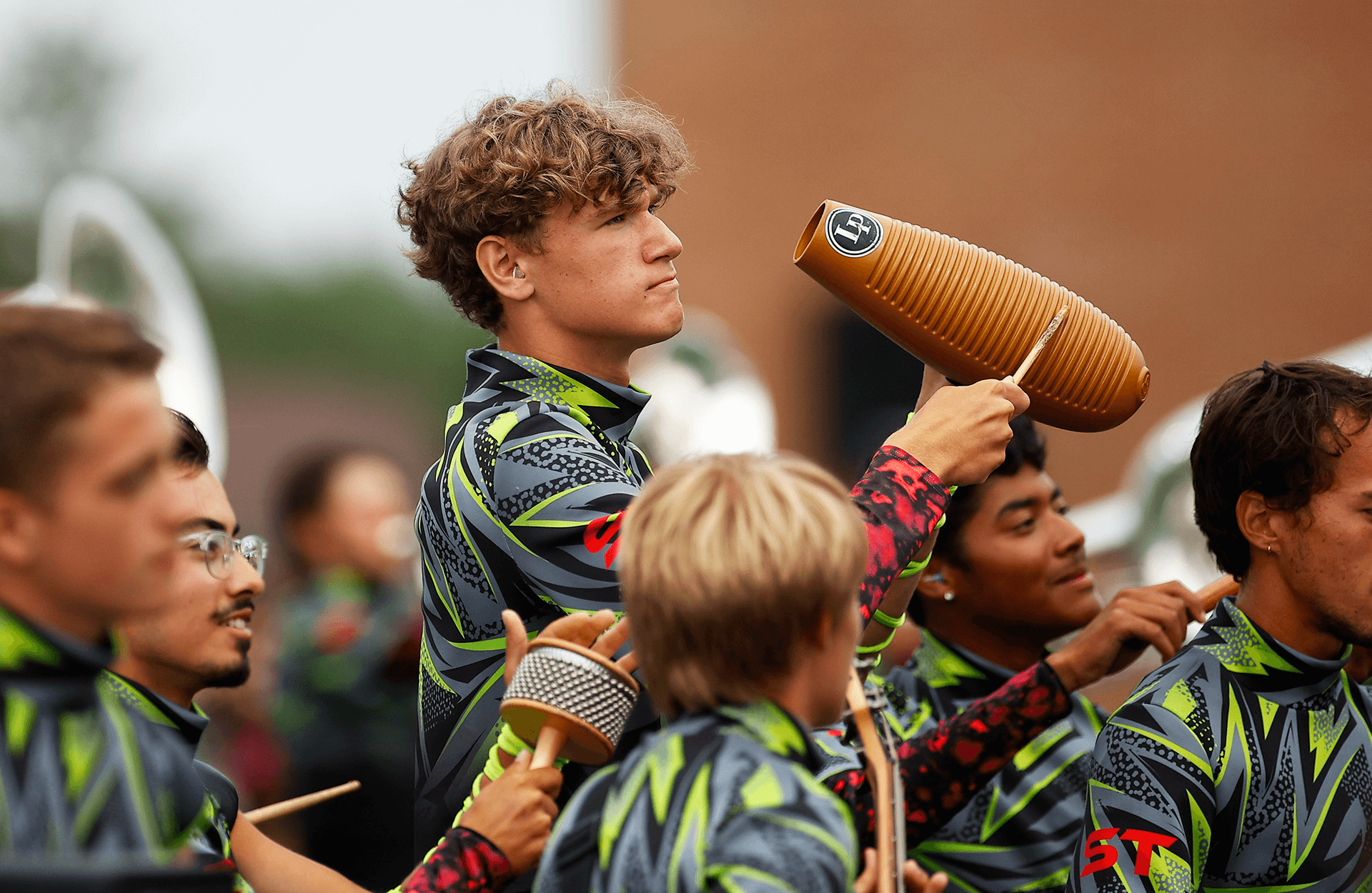 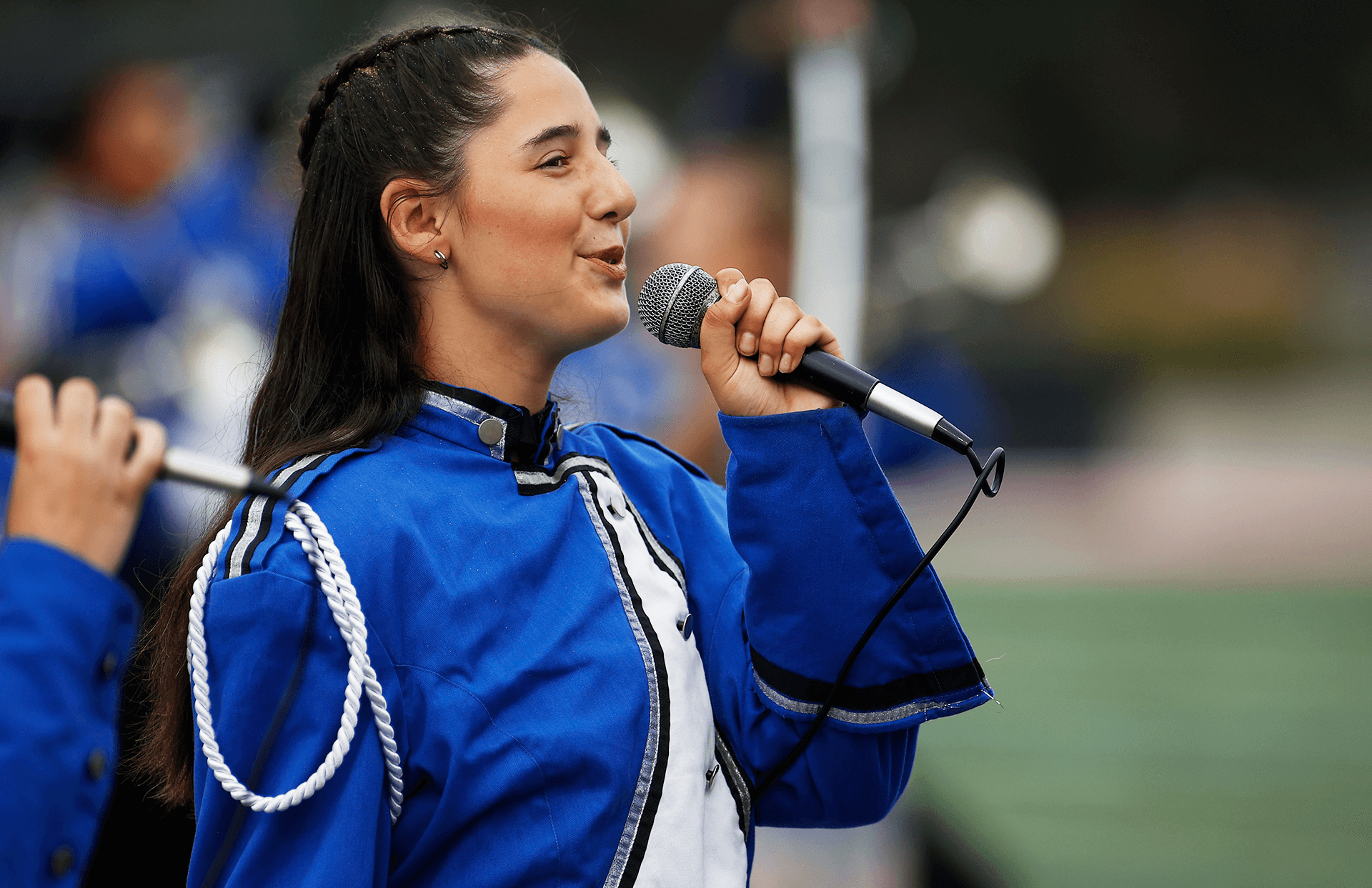 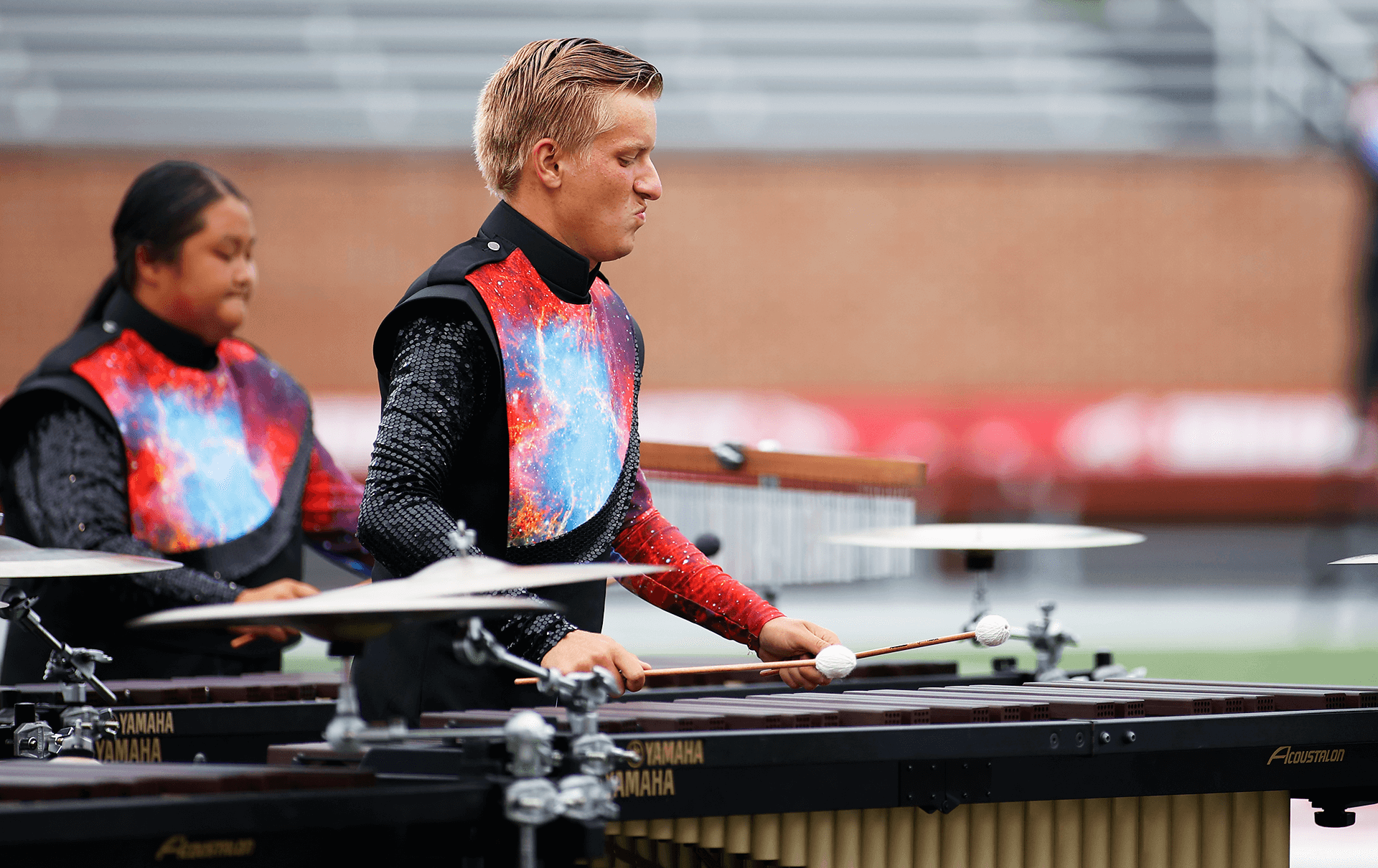 MARION, Indiana – Vanguard Cadets picked up where it left off in its last trip to Indiana for DCI World Championship performances — on top.

“It feels amazing; I'm so proud of my corps,” Vanguard Cadets drum major Lauren Bristol said. “They put in so much work in the last couple of months. I’m so proud of them.”

Vanguard Cadets kept its solid margin of advantage from Monday’s Prelims event, leading the field in Marion by 1.65 while sweeping all caption awards.

“It's surreal,” Vanguard Cadets director Rafael Bretado said. “I'm still thinking about everything that we've gone through this year. Any time there was an obstacle in front of us, the corps, the staff, volunteers, we all worked together to overcome those obstacles.”

Gold held serve in second place and earned its highest-ever Open Class placement and its first-ever silver medal. Blue Devils B rounded out the top three with a bronze medal, earning its 12th-consecutive Open Class medal and finishing in first place in the music analysis caption.

Spartans, 2019’s Open Class champion, finished just 0.563 points outside the top three, while scoring as high as second in brass and visual analysis.

Guardians made its own history at Tuesday’s event, finishing among the top five for the first time in its nine-year history — 2022 marked the corps’ fifth trip to the DCI Open Class World Championships. Prior to Tuesday, the Texas corps’ highest final Open Class placement was seventh, earned in 2018 and 2019.

“It was a great run; we feel great,” Guardians drum major Sean McDowell said. “We know the things that we’re doing, we’re breaking a lot of records for the corps, making history, and we’re just having a fun time doing it.”

Southwind earned its second top-six finish since returning to World Championship events as an Open Class corps in 2017. The Alabama corps — which finished fifth in 2019 — earned its highest score since its return from inactivity in 2014.

The Battalion made waves in its first-ever appearance at the DCI Open Class World Championships, moving up one spot from eighth place in Prelims while earning its highest score ever.

Legends’ eighth-place finish came as part of a special season, in which the corps honored individuals in its community who lost their lives during the COVID-19 pandemic.

“The energy was so amazing,” Legends drum major Jason Kehr said. “The tears that were flowing from the members were just a tell of how great it felt for us.”

7th Regiment and Les Stentors rounded out the pack of Open Class Finals competitors with strong performances. 7th Regiment’s appearance marked its 12th in a row as an Open Class finalist, while Les Stentors competed in the Finals event for its first time since 2015.

Calgary Stampede once again represented DCI’s International Class with a memorable performance of its production, “Life Finds a Way.”

The Canada-based ensemble will compete as part of the DCI World Championships in Indianapolis, with the opportunity to advance competitively should its score in Thursday’s Prelims land among the day’s Top 25. In that event, 26 corps would advance to Friday’s DCI World Championship Semifinals, with Calgary Stampede included.

All 15 of Tuesday’s performing ensembles will join 20 competing World Class corps at Thursday’s event in Indianapolis. The Top 15 corps Thursday will appear in cinemas nationwide as part of DCI’s 17th-annual “Big, Loud and Live” event.