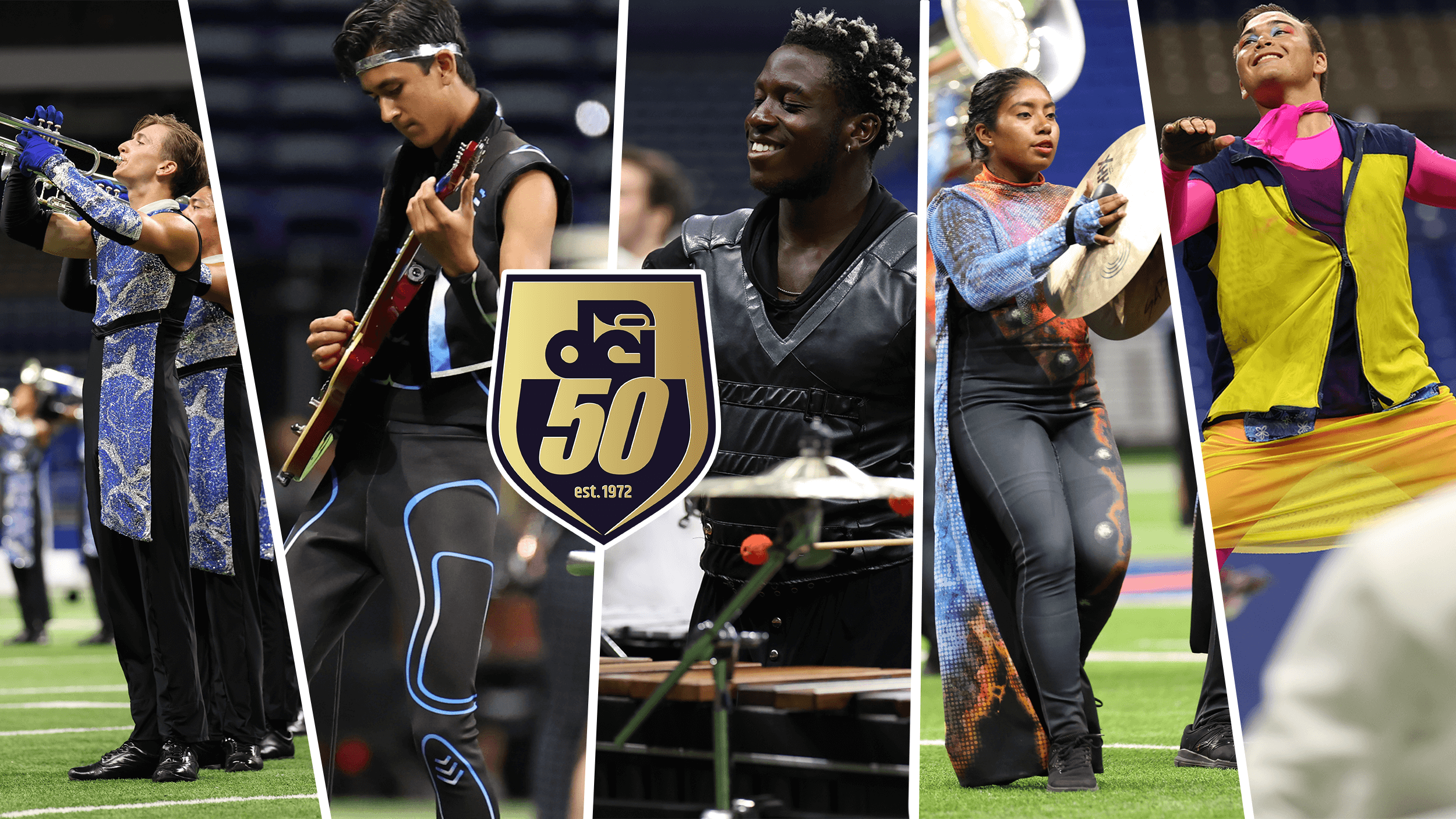 Key upcoming events in the southeastern United States are set to catapult drum corps across the activity into their final push.Photo by: Drum Corps International

Every drum corps season has its milestones — moments, year in and year out, that signify a new level of excitement and development in the competitive landscape.

Seemingly, though, one word has the power to ratchet things up to a whole new level.

The eighth month of the year and the final month of every drum corps season brings with it a sense of urgency and finality. It’s the home stretch — the endgame.

As corps prepare to cross the threshold into the month of August and officially set their sights on the World Championship events that loom August 11-13 in Indianapolis, perhaps no weekend of events provides more opportunity than July’s final three days.

The race for first appears to be getting closer, with multiple corps within striking distance of the top spot.

After Saturday’s DCI Southwestern Championship pres. by Fred J. Miller, Inc. in San Antonio, Texas — which featured a lineup of 19 World Class corps, the largest such lineup on the 2022 DCI Tour prior to the DCI World Championships — Blue Devils owned a hefty lead of 1.475 points over the field. Five days later, that lead shrank to 0.85 points.

Boston Crusaders, who earned second place in San Antonio — a second-place finish would be an all-time best for the Boston corps, which has never finished higher than fifth — made a noticeable cut into Blue Devils’ advantage at Wednesday’s event in Hattiesburg, Mississippi.

Of course, Carolina Crown and Bluecoats — both of which were less than a point behind Boston Crusaders when all three last met, in San Antonio — will be looking to make up ground as well, while also shuffling for top-three positions.

The full list of 2022’s top-five scoring corps will appear together at all three of the weekend’s upcoming headline events.

A pair of top-10 contenders have the opportunity to earn historically-high placements in 2022.

For one, Blue Stars enter the final weekend of July positioned in seventh place after results in San Antonio. The corps has earned eighth place five times since returning to the World Class ranks in 2006, but hasn’t been any higher since 1977 in the division. Blue Stars have a pretty strong competitive hold on the seventh position; having led eighth-place Mandarins by 0.8 points at the Alamodome.

Also pursuing a historic finish, Mandarins find themselves locked in arguably the closest competitive race of the summer, with The Cavaliers. Whichever corps emerges from the pair’s airtight scoring battle is positioned for eighth place, which would be an all-time best finish for the Sacramento corps. That being said, ninth would also be an all-time high for Mandarins, whose best placement to date is 10th, earned in 2018 and 2019.

In four meetings, the Mandarins and The Cavaliers each own two head-to-head victories. The aggregate scores of those five meetings add up to a composite advantage of just 0.213 for Mandarins.

Mandarins and The Cavaliers will compete head-to-head for the sixth time at Saturday’s event in Atlanta, Georgia.

Based on scores at Saturday’s key event in San Antonio, Texas, an argument could be made that — as of current status — 2022 features the closest race for the last finalist spot in recent memory.

11th place, however, doesn’t appear to be out of reach for either group. Both Colts and Crossmen finished within one point of Blue Knights in San Antonio; in the days since, the Denver corps extended its lead slightly over Colts, from 0.525 in San Antonio to 0.65 in Mesquite, Texas (July 25).

If those three aren’t close enough, Troopers loom not far behind the pack, possessing the 14th slot as of San Antonio’s showdown. The Casper corps sat 1.475 behind the 12th spot at the Alamodome, but pulled to within 1.10 of Colts at Monday’s Mesquite event.

Another corps with the chance to earn history, Music City is currently positioned for an all-time best finish.

The Nashville corps is still quite new to the World Class; the corps first formed in 2009, and 2022 marks just its third year competing in the division.

With its 17th-place finish at Saturday’s event in San Antonio, Music City saw significant improvement from its results at the same event in 2019; the corps earned 20th at the Alamodome that summer, and its 2022 score was nearly two full points higher.

The final week of July, especially in recent competitive seasons, has often been synonymous with the introduction of noticeable changes to corps’ productions.

As corps begin to prepare for their final events of the summer, their members and instructors are focused not only on polishing and perfecting their performance quality, but on honing their programming into the most effective possible version of itself.

How said changes may affect the DCI Tour’s competitive landscape is yet to be seen, but it’s worth keeping an eye on what various corps have up their sleeve.