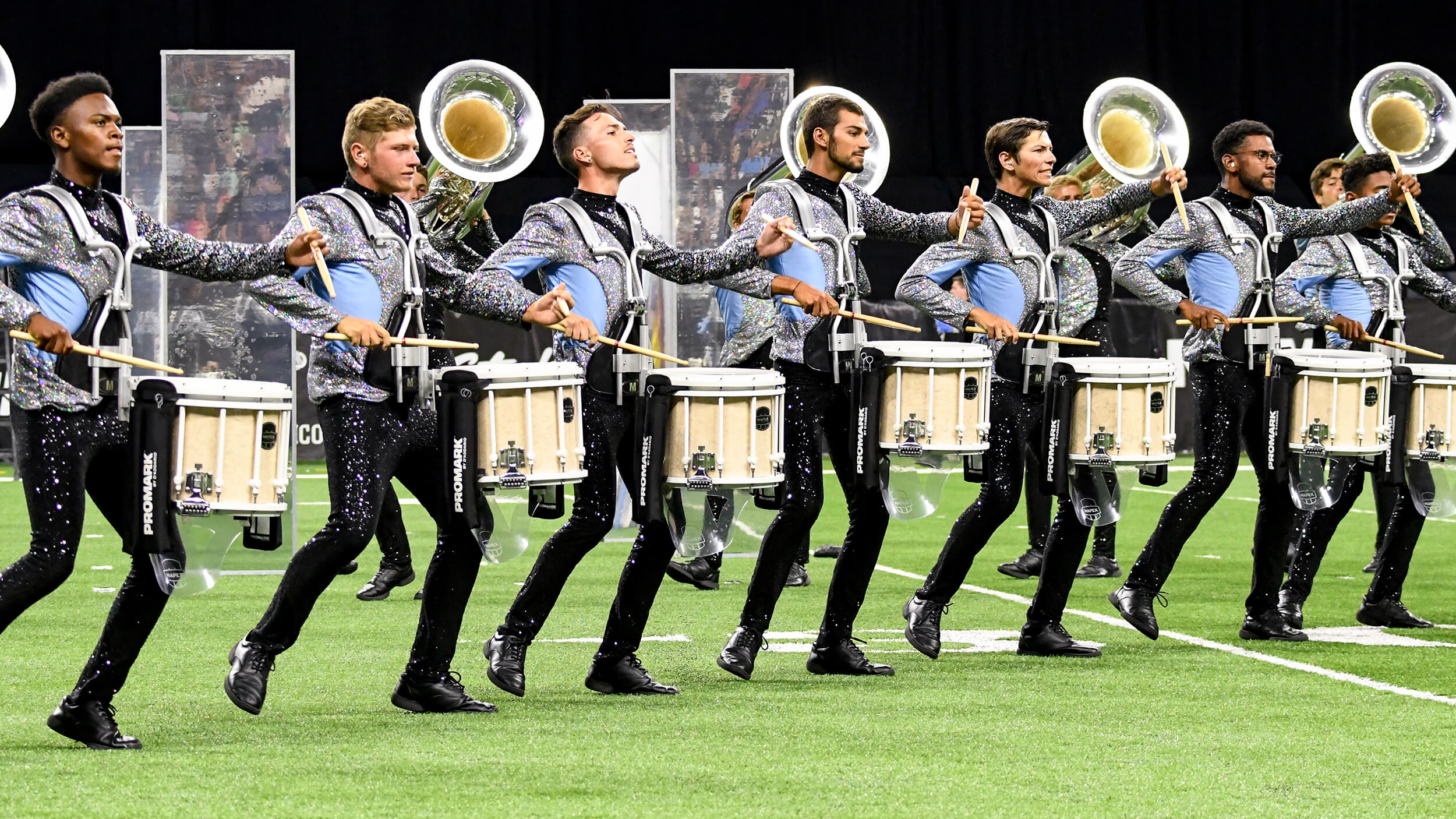 As part of the corps' celebration of 20 years of The Academy, the Arizona corps revealed the title of the corps' 2021 production, "Exposed."

Blue Knights unveiled the title and repertoire for the corps' 2021 production, "Always."

Bluecoats composer Doug Thrower and members of the corps' brass staff participated in a panel discussion about the corps' 2021 production, "Lucy."

Boston Crusaders want you to celebrate the return of the corps in 2021 by making a gift in honor of the corps' Giving Day event.

Check out these photos from The Cadets' recent in-person rehearsal camp in Massachusetts.

The Cavaliers still have spots open for a baritone player, metronome operator and color guard performers.

Colts are less than 30 days away from being back on the football field.

A Texas high school valedictorian who has gone viral in the national news for her impassioned graduation speech is a Genesis alum.

Gold will host an educational audition event June 5 and 6 in Murrieta, California.

Golden Empire has spots available in all sections. For those interested in performing with the corps this summer, the group's next rehearsal camps will be held June 5 and 12 in Bakersfield, California.

Florida's Heat Wave is still recruiting performers for the corps' 2021 summer season. Here's a schedule of upcoming rehearsals that prospective members can be a part of.

Check out these video highlights from Jersey Surf's recent Day of Drumming event in New Jersey.

The return of Les Stentors' lobster dinner fundraiser in a modified "takeout" format due to the COVID-19 pandemic is reported as being a great success.

Madison Scouts' 2021 production, "Between the Lines," will feature a "a diverse array of classical melodies infused with the Latin Jazz styles of Havana, Mexico City, and Barcelona."

Mandarins posted a teaser video revealing the title of the corps' 2021 production, "Beyond the Canvas."

In a video from a recent rehearsal camp, Music City premiered more than five minutes worth of music from the corps' 2021 production, "Circuloso."

Pacific Crest has a limited number of positions still open in the corps' brass section.

Phantom Regiment released a new line of merchandise in support of and in celebration of Pride Month.

It's not too late to get involved with the raiders for the summer of 2021.

Vanguard snare drummer Eliana Yamouni was recently featured in a Facebook post of Dynasty USA for her work teaching as part of a Girls March masterclass for young female percussionists.

Spirit of Atlanta named four individuals who will serve as drum majors during the corps' 2021 summer season.

In recognition of Memorial Day, Troopers shared a video as a tribute to the “Greatest Generation” featuring music by Robert W. Smith.