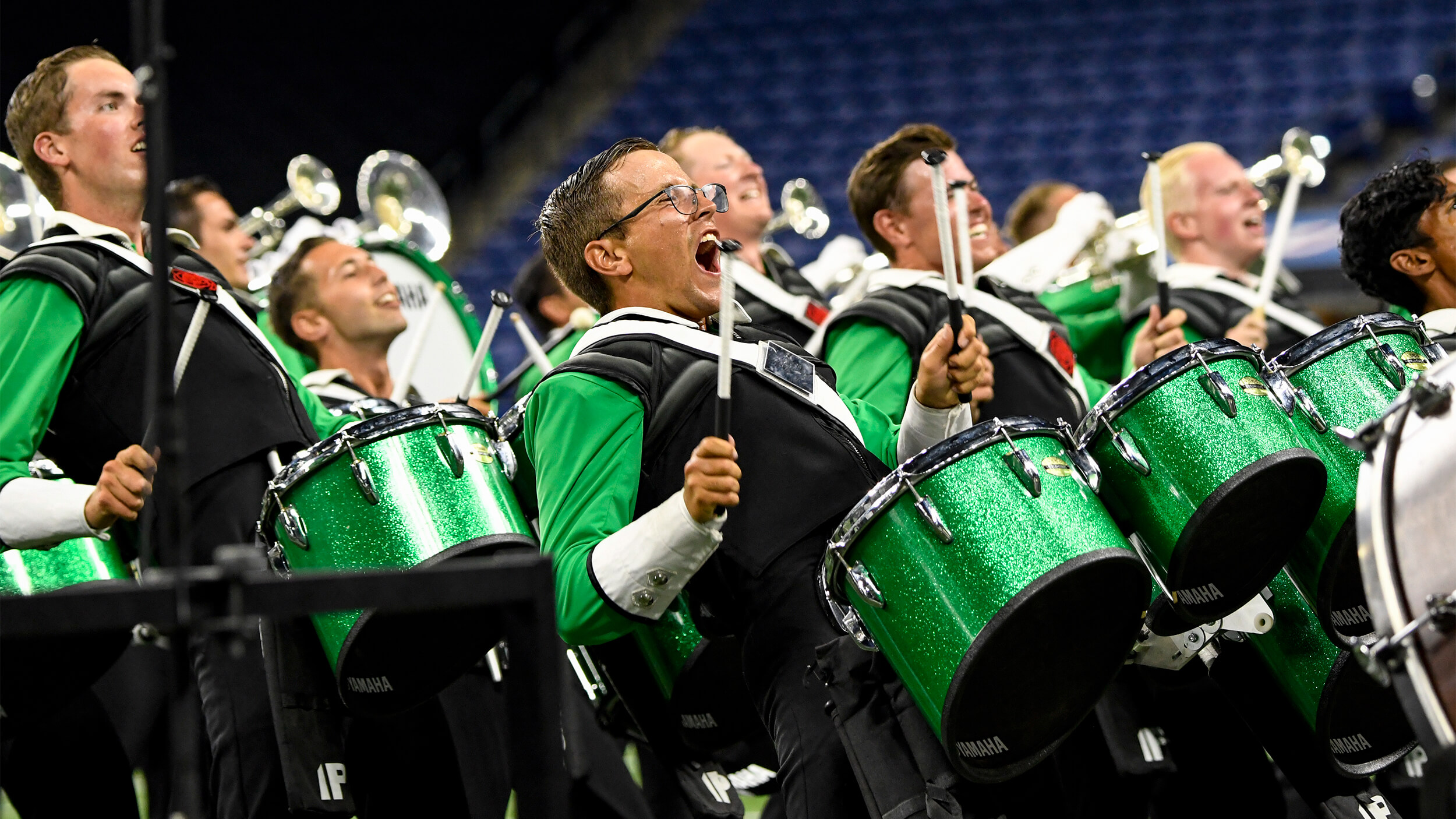 The CavaliersPhoto by: Drum Corps International

Bring a buddy to The Academy's November 25 audition camp an you can both save on the registration fee.

Don't miss this video clip of The Battalion on the rehearsal field.

The Blue Devils have an open talent search for prospective members of the 2022 corps coming to Indianapolis on Friday, November 12.

Just a reminder that auditions for membership in the 2022 Blue Devils B are right around the corner.

The Blue Knights are headed deep into the heart of Texas for their first audition camp of 2022.

Get into the holiday spirit with new gear from the Blue Stars including an ugly holiday "sweat(er)shirt" and mystery bundles chock full of Blue Stars goodies.

Asked and answered, the Bluecoats hosted a live Q&A session on the corps' 2022 audition process which is now available for replay.

The Boston Crusaders are headed to Ireland for St. Patrick's Day and all contracted 2022 members will be invited to attend.

The Cadets are hosting auditions for brass players in four different states. Here's how to get your start.

Carolina Crown has employment opportunities for those interested in joining the tour administration team with the 2022 corps.

Led once again by caption supervisor Michael McIntosh, The Cavaliers revealed the new and returning members of the percussion staff for the corps' 2022 season. “The 2022 Cavaliers percussion staff is filled with educators eager to produce something very special this summer," McIntosh said.

Mark your calendar for these upcoming Colts audition camps through the winter.

Kicking off on November 13 in Seattle, Columbians have four audition events scheduled in Washington throughout November and December.

Don't miss this clip from Crossmen's 2021 production, "Your Move."

Genesis congratulated everyone who helped to bring marching band back to the football field across the state of Texas this fall.

Guardians' free educational color guard clinic is coming up on December 4 in Houston.

Heat Wave is recruiting volunteers to work at the Florida Marching Band Championships November 18-21 in Ocala.

Family, friendship, life-changing experiences ... Hear from current and alumni members of Jersey Surf about what it means to march as members of the New Jersey corps.

Legends served as a sponsor of the Michigan Competing Band Association State Championship on November 6 in Detroit.

On Veterans Day, Madison Scouts gave a salute to all those who have and continue to serve in the Armed Forces.

Registration is now open for all of Mandarins' live and virtual 2022 audition opportunities.

A number of unique and one-of-a-kind items are available in Phantom Regiment's 2021 Hall of Fame Auction, from Regiment memorabilia to tickets to see Elton John in concert.

Those who register to audition for Phenom will get special access to fundamental programs, tips for auditions and a direct line of communication to the corps for questions.

In just about a week, Raiders will be hosting its audition/experience camp to southern Pennsylvania.

River City Rhythm is hiring for those interested in joining the corps' administrative staff.

Mark your calendar for #GivingTuesday, November 30, your "biggest opportunity to give back this year" to the Vanguard Music and Performing Arts.

The Cascades are headed to Kelso, Washington on November 21 for their first audition camp of the 2022 season.

The nomination period for the next class of Spirit of Atlanta Hall of Fame inductees is now open.

The reviews are in from fans far and wide on the 2021 Troopers.

The six-time DCI Open Class champions announced that they will be making a return to the World Championship stage this August in Indianapolis.