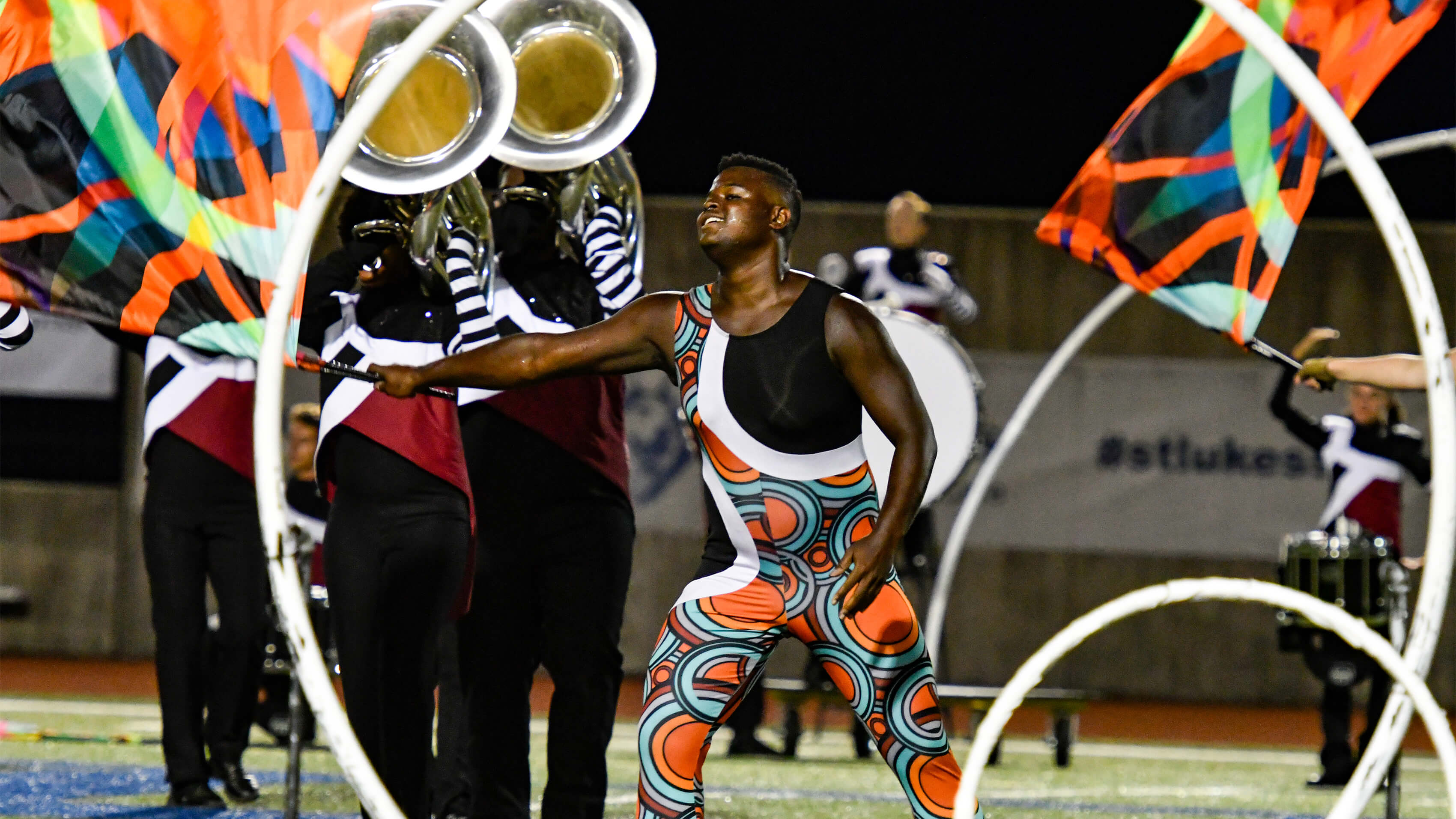 7th Regiment's next rehearsal opportunity is set for May 21-22 in New London, Connecticut. Audition videos are due by May 14.

Check out photos from The Battalion's recent April rehearsal camp. The Utah corps still has openings in its brass and color guard sections.

Blue Devils C had its first rehearsal of the 2022 season; fans can support the corps at its up coming Tri-Tip Dinner fundraiser.

The Denver corps has an immediate opening for a drumset player in its 2022 corps.

Bluecoats introduced its group of fellows for the 2022 season; these seven early-career individuals will work directly with Bluecoats' design staff members this summer.

Boston Crusaders shared an eye-catching series of highlights from the corps' April camp.

The Allentown corps revealed the title for it 2022 production, "Rearview Mirror."

Carolina Crown introduced six finalists for its 2022 Hall of Fame class. The corps' Hall of Fame committee will be accepting letters of support through the end of May.

The Cavaliers have limited spots available in the corps' 2022 color guard.

The Dubuque, Iowa corps has a few spots remaining in its color guard for the 2022 season.

Crossmen is seeking a videographer to join its media team for the summer of 2022.

Gold color guard auditions will take place May 7 and May 14-15 in Covina and Murrieta, California respectively.

Check out these snaps from Guardians' recently-completed April rehearsal camp.

In a recruitment effort, Heat Wave lists the myriad ways you can support the corps as a volunteer this summer.

Impulse will host color guard auditions in conjunction with its brass and percussion rehearsal camp, May 14 in Cerritos, California.

Jersey Surf still has openings for color guard performers in its 2022 corps.

Canadian Open Class corps Les Stentors will host its next audition camp May 7-8. Here's how you can get involved.

Louisiana Stars' recent April rehearsal camp was one that was chock-full of firsts for the corps.

Mandarins has an immediate opening in the weapon line of its 2022 color guard.

Music City announced the title of its 2022 production, "Gasoline Rainbows."

Pacific Crest has open spots remaining in its color guard for the 2022 summer season.

Phantom Regiment is in search of CDL drivers to work for the corps on its 2022 tour.

The Raiders added several stops their 2022 summer tour schedule and are still recruiting corps members to join them for their May 13-15 rehearsal camp in Salem, New Jersey.

Southwind will be in action May 6-8 in Mountain Brook, Alabama.

The first Gatorade delivery of the season signals that the Spartans are ready to get back outside to the football field.

The Casper corps is seeking volunteers to work with its food service team in 2022.

Watchmen will host auditions May 7-8 in Bloomington, California.